Recalling Charles Addams ... From The Macabre To The Mischieveous - 27 East

Recalling Charles Addams … From The Macabre To The Mischieveous 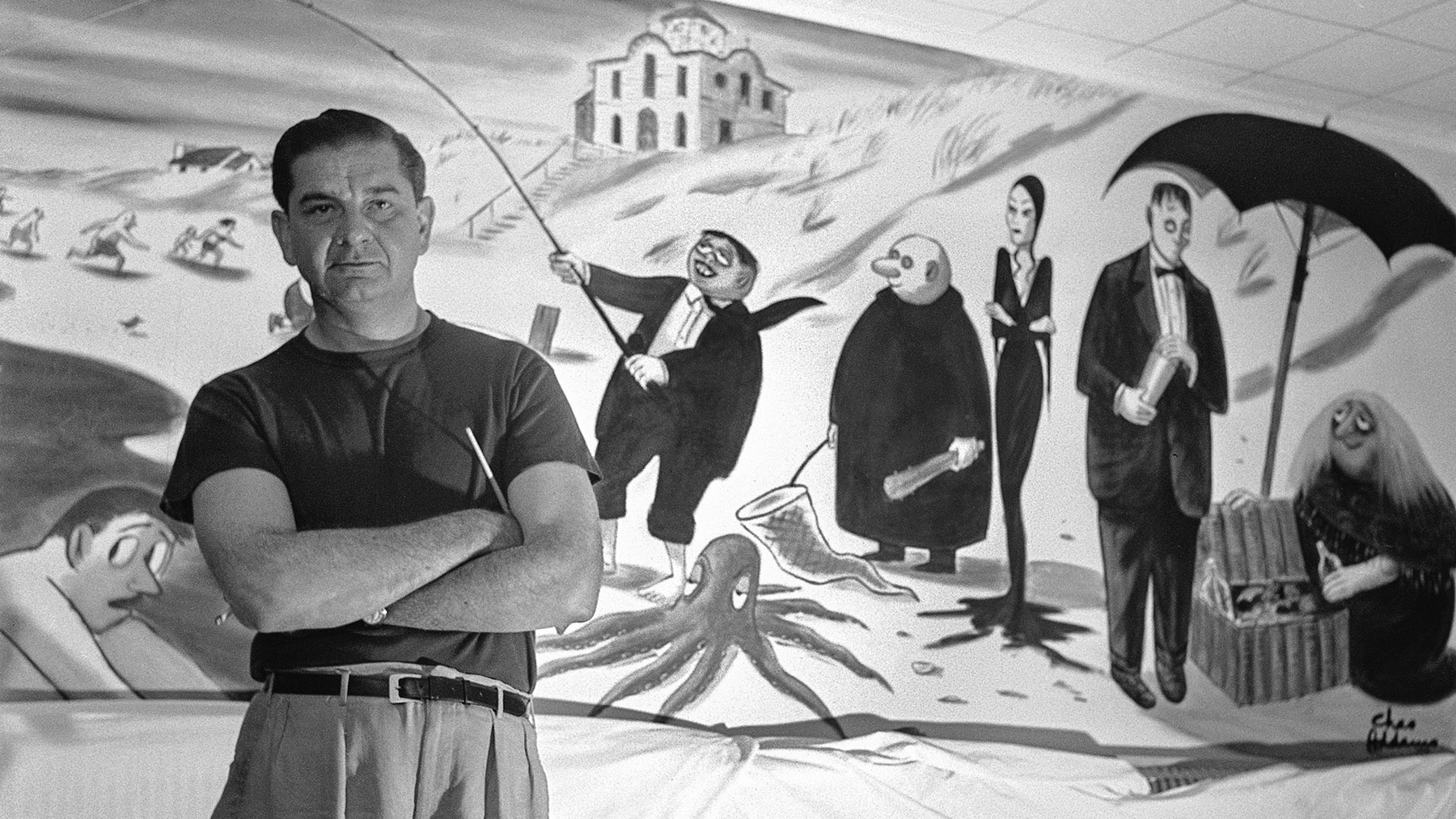 A young Charles Addams with one of his cartoons. 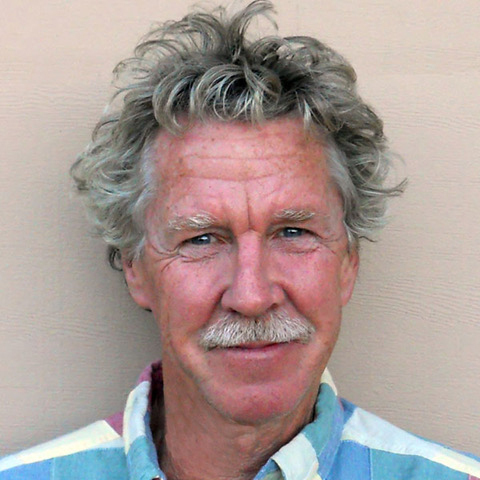 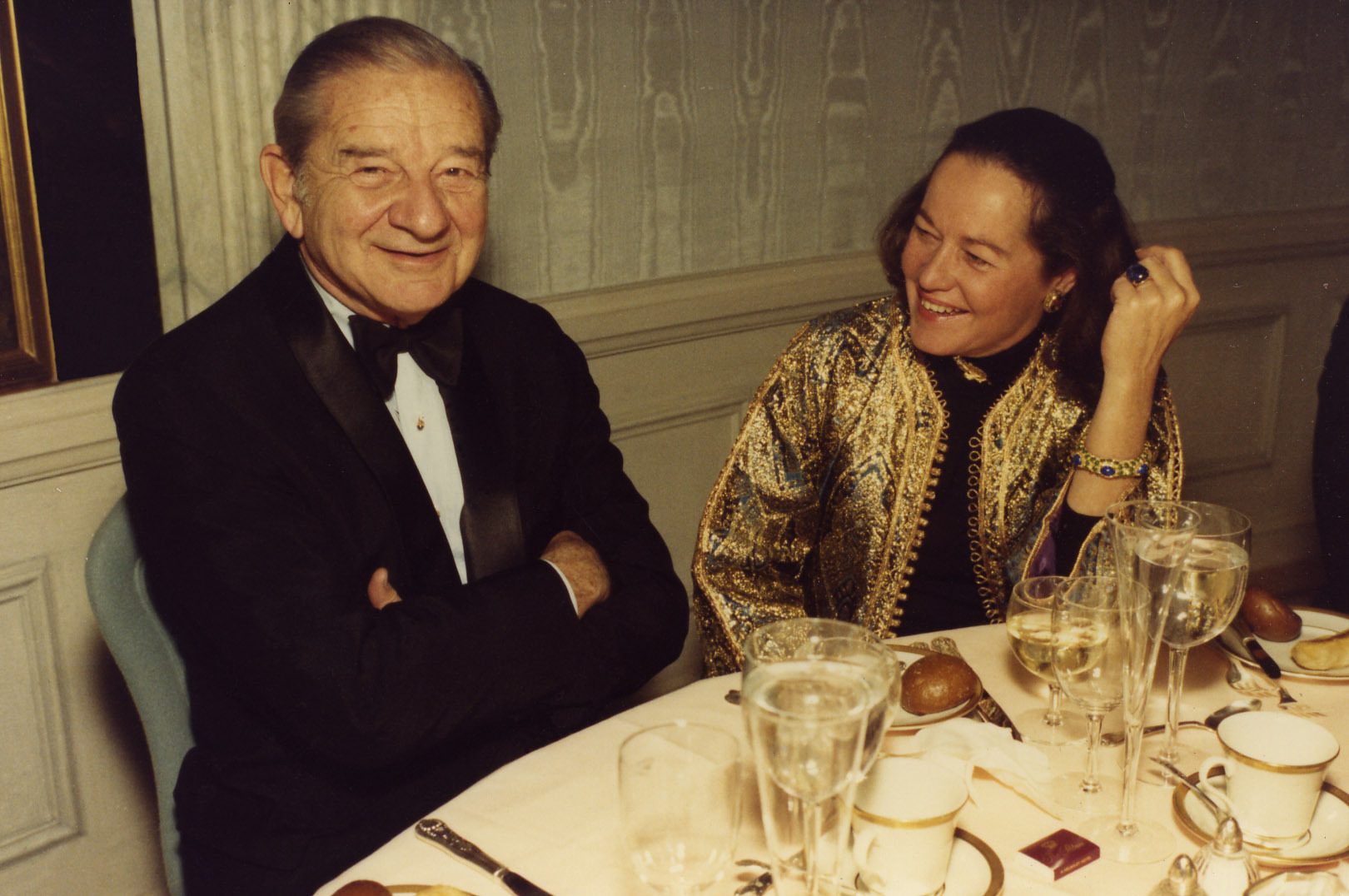 It is a perfectly rainy morning at the Charles Addams estate in Sagaponack when H. Kevin Miserocchi recalls the moment the famed cartoonist entered his orbit.

He was in an entirely different office then, 40 years earlier in Water Mill, seated across from Marilyn “Tee” Miller, who was busy discussing the plight of stray dogs and cats on the East End, and their fundraising efforts for the Animal Rescue Fund of the Hamptons, when he began to look around.

It was a flickers’ nest of stuff — papers stacked high, felines and loose fur, all in a cloud of cigarette smoke — when he noticed the cartoons on the wall.

He interrupted his new friend mid-sentence.

“Oh my God,” he said. “Your boyfriend is Charles Addams with two ‘d’s.”

The man who Miserocchi came to know as the creator of “The Addams Family” did not match the rumors widely circulated about him: for instance, that he slept in a coffin, regularly frequented an asylum for rest and relaxation, and loved to wear a monogrammed straitjacket.

In fact, Addams, who married Miller, was far from dark, strange, odd or otherwise, Miserocchi said. Soft-spoken and demure, he was quiet and shy in public, but disarming and charming with his friends and family. He had a childlike smile that never showed his teeth, and a twinkle in his eye that spoke to his humor, keenly observing of the world around him.

“After I met Charlie, I do remember leaving their house that day and going home and calling my father and saying, ‘You’re not gonna believe this one: Guess who lives out here in Long Island? That crazy man, Charles Addams, is not crazy! He’s just wonderful!’” Miserocchi recalled. “It was almost like you had died and gone to heaven and met the artist of your dreams. It was too much.”

Miserocchi knew Addams for just nine years before the cartoonist suffered a fatal heart attack in 1988, but he continued a friendship with his wife, moving onto the Sagaponack estate two years later to, first, keep her company, and then helm the Tee and Charles Addams Foundation. It is where he both lives and works to this day, following her death in 2002.

As part of the organization’s mission, Miserocchi educates the public on the oeuvre of Addams’ work, which far exceeds Halloween and his namesake “The Addams Family.” In part, this is accomplished by giving visual presentations, including the final installment of this year’s Tom Twomey Series, “Charles Addams: Family and Friends,” on Saturday at the East Hampton Library.

“He was such a boy — a young man inside of this old man’s body. That was his charm,” Miserocchi said. “I think that’s what charmed everyone, all of his female friends, as well as his male friends. And, after all, he was a cartoonist, so they already revered him anyway, in that respect.”

Born in Westfield, New Jersey, in 1912, a young Addams grew up in the shadow of World War I, encouraged to doodle by his parents. Told at age 12 that he was untalented by a New York Herald newspaper cartoonist, he forged ahead — enrolling in Manhattan’s Grand Central School of Art in 1931 and, the next year, selling his first spot sketch to The New Yorker for $7.50.

In 1933, the magazine published the first of over 1,200 cartoons by Addams that would eventually appear in its pages. And only 80 of them featured the gothic, mysterious and spooky characters who would become known as Gomez, Morticia, Wednesday, Pugsley, and Fester.

The lore of “The Addams Family” began with two Hollywood producers, who were walking down 5th Avenue in New York when a book cover in the front window of Doubleday stopped them in their tracks. It was a scene by none other than Charles Addams.

“It had what became ‘The Addams Family’ on the cover,” Miserocchi said. “They said, ‘You know, we ought to do a TV show on that.’ And that’s really how it happened. Boom, they called him, found out where he was, met him for drinks and off to the races. It was 1963. A contract was produced fairly quickly after that.”

Other than deciding on the characters’ names and descriptions, Addams removed himself from the franchise entirely, Miserocchi said, primarily due to disinterest.

“They had a really hard time figuring out what to call it, what to name this program, so when they told him, ‘It’s “The Addams Family,” would that be alright with you?’ he was a bit taken aback and a bit embarrassed, because he was a very shy man,” Miserocchi said. “He had a wonderful time and a great sense of humor, but he was in the background and he didn’t want to be seen. He was a cartoonist, he was an artist, and he was onto the next drawing.”

After all, there was more to Charles Addams than “The Addams Family,” Miserocchi said. In his 60 years of publishing, Addams’ cartoons explored relationships and the world around him, and integrated his hobbies. He was an armor and arms collector, a car tinkerer, and a true New Yorker at heart — one who, typically, never used his kitchen.

“You could scrape the dirt off of his stuff!” Miserocchi said. “His bar was another story.”

As social and charismatic as he was, Addams did have a fascination with death — not necessarily embracing it, but more of a curiosity, Miserocchi said.

“He and Tee used to go off in their camper and go to cemeteries and have lunch,” he said. “As a kid, there’s a cemetery on the way from his house to where he went to school in Westfield, and he would walk through and wonder what was going on below the ground, read headstones, things like that. He has a lot of art that is devoted to that and the humor involved in cemetery headstones, also taking a lighter look at death and not being so afraid of it.”

After Addams died of a heart attack inside his parked car, Tee Addams famously told the New York Times, “He’s always been a car buff, so it was a nice way to go” — a sense of humor, and legacy, that Miserocchi is careful to safeguard and protect.

“I am so grateful to be the steward of Charles Addams’ work,” he said. “That’s amazing and that, to me, is something that Tee was extremely generous with, in that respect — and we obviously had a very good relationship and she trusted me and I trusted her. I would say that’s the most wonderful part of this.”

Surrounded on a daily basis by the Addams’ collection of oddities — from ephemera to bizarre gifts they received — his memories of the couple are omnipresent and precious, he said.

And when the mood strikes, and when the rain lifts, he can simply walk to the backyard and into their pet cemetery, where their ashes are interred, to say hello — and, perhaps, wonder what’s going on below the ground, just as Addams would have done.

“Charles Addams: Family and Friends,” with H. Kevin Miserocchi, will be held on Saturday, October 19, at 6 p.m. at the East Hampton Library, as the final installment of this year’s Tom Twomey series. Admission is free. For more information, call 631-324-0222 or visit tomtwomeyseries.org.