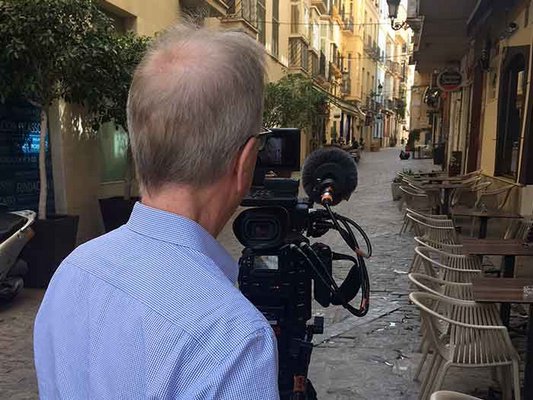 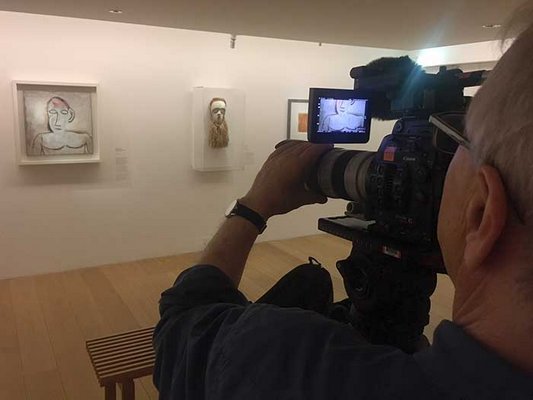 Filming in the Musee Picasso, Paris 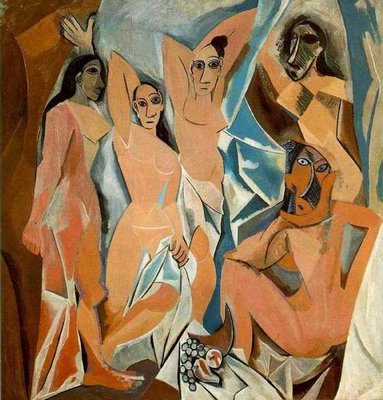 Pablo Picasso was one of the greatest artists of all time—and right up until his death in 1973, he was one of the most prolific as well. On Friday, May 10, at 8 p.m. at Southampton Arts Center, the Hamptons International Film Festival presents “Young Picasso,” a film created by Exhibition On Screen, that tells the story of the artist’s life.

Working with top international museums and galleries, Exhibition On Screen creates films which offer a cinematic immersion into the world’s best loved art, accompanied by insights from leading historians and arts critics.

While many films have dealt with Picasso’s later years (the art, the affairs and the friends), “Young Picasso,” directed by Exhibition On Screen’s executive producer and director Phil Grabsky, explores where it all began by asking, “What made Picasso in the first place?”

The answer to Picasso’s extraordinary achievements, he argues, lies in the artist’s upbringing and education. Three cities played a key role in Picasso’s life—Malaga, Barcelona and Paris and Mr. Grabsky’s film visits each, exploring the influences they had on Picasso by focusing on specific artworks from those early years.

The film examines two key early periods—Picasso’s so-called Blue Period and Rose Period—and goes all the way back to 1907 and the creation of a critical painting in the history of art, “Les Demoiselles d’Avignon.” Picasso was only 25 when he painted it, and while the work shocked the art world, it also changed it irrevocably. Working closely with all three Picasso Museums in Malaga, Barcelona and Paris “Young Picasso” tells the story of how one of the most famous painters who ever lived rose to great heights.

Southampton Arts Center is at 25 Job’s Lane, Southampton Village. Tickets for “Young Picasso” are $15 ($10 for Friends of SAC and HIFF members) at southamptonartscenter.org.