Review: 'Bugsy Siegel: The Dark Side of the American Dream” - 27 East 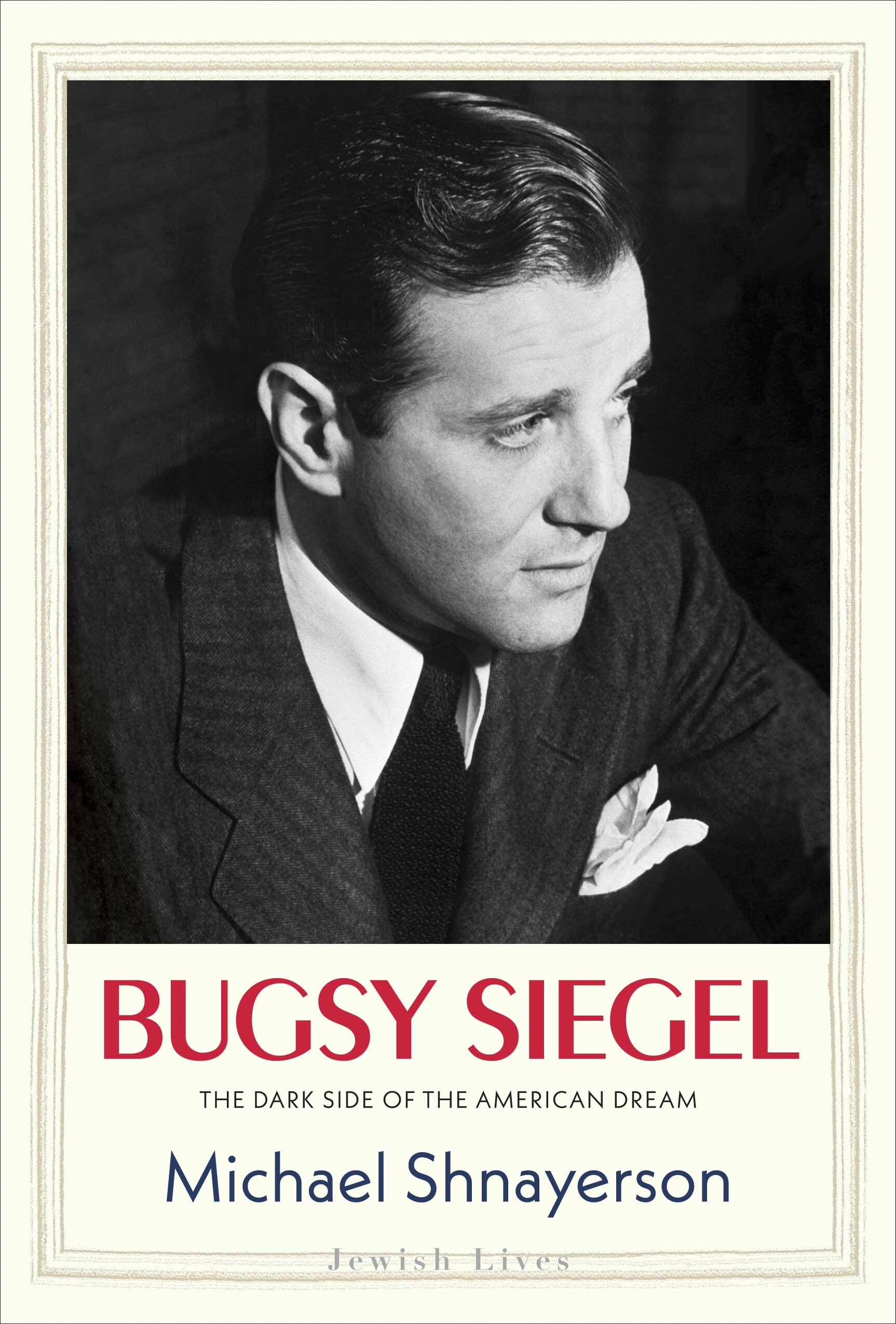 The cover of Michael Shnayerson's “Bugsy Siegel: The Dark Side of the American Dream."

Only in America: a $42 million Mob Museum, officially the National Museum of Organized Crime and Law Enforcement, in Las Vegas, of course — a nonprofit, accredited showpiece with a mission to “advance the public understanding of organized crime’s history and impact on American society.”

Nice, but likely to attract visitors mainly looking for vicarious thrills, part of the ambivalent relationship America has always had with outlaws throughout our cultural and literary history, and a fascination that continues with the success of still more crime books, movies and docudramas, Mafia-themed stories dominating the pack.

The pack has widened, of course, with “Mafia” referencing not just Sicilian organizations and the growth of the Cosa Nostra in this country, but other groups, including the children of many poor Eastern European Jewish immigrants who settled in the slums of the Lower East Side. That story eventually became the subject of numerous studies, some of which Sag Harbor resident Michael Shnayerson draws on in “Bugsy Siegel: The Dark Side of the American Dream,” the most recent release in Yale University Press’s Jewish Lives series.

In his prologue, Shnayerson writes: “Of the nearly fifty biographies that so far have constituted the Jewish Lives series, all are of admirable figures. There are no bootleggers among them, no racketeers, gamblers, or murderers.” Second paragraph: “Until now.”

OK, but the claim doesn’t hold in general. In fact, Shnayerson cites sources, including references to Meyer Lansky’s “Israeli biographers.” Even the entries on Wikipedia are extensive. The subject, in other words, is hardly new, and Shnayerson has no corrections to make or gaps to fill even though he does offer his own cautious take as to who among 41-year-old Bugsy’s intimates set him up to be killed in his own home on June 20, 1947, especially when The Flamingo, insanely over budget, was finally emerging in the black. So, why this book now?

Ever since writer and sociologist Irving Shulman created a stir with “The Amboy Dukes” in 1947, which was sanitized in subsequent editions and in the movie made from the book (“City Across the River,” 1949) to remove the explicit ethnicity of his teenage delinquents in Brownsville, info has dribbled out about Jews in organized crime, especially those who ran Murder Inc. and the Syndicate, and had close relationships with Lucky Luciano, Lansky, Lepke Buchalter, Gurrah Shapiro, not to mention Siegel’s buddy, George Raft.

For Shnayerson, Siegel’s is a “Jewish-American story,” a narrative of how “the barrel end of a gun” in mid-century America changed cultural and economic life. His theme seems to be that Jewish American crime kingpins and hired executioners were fueled by poverty, shame over their parents, and a need to be young toughs in neighborhood turf wars. Remember the kids taunting Officer Krupke in “West Side Story” being “depraved on accounta being deprived”? Shnayerson quotes from intellectual and legal scholar Morris Raphael Cohen’s “Tough Jews: Fathers, Sons, and Gangster Dreams” (1999) that “the explosive tension” between immigrant parents and their children produced “saints and sinners, philosophers and gunmen.”

Benjamin Siegel particularly attracted Shnayerson who he calls “[physically] beautiful and [manifestly] violent, making it clear why Siegel earned his nickname — you’d better have called him Ben, or else. He had looks, guts, good taste and a gun” (Warren Beatty was an inspired choice for the 1991 movie). For sure Ben was effective in establishing a business model for “gangster capitalism,” the pinnacle of which was his linking of gambling and entertainment, setting in motion the vision of Las Vegas as a desert casino, ruled after Siegel’s death by a new generation of more sophisticated Jews.

Though not new, Shnayerson’s book is an engaging tale. Still, his stated purpose for writing the book should prompt some push-back: “To keep Bugsy’s memory and importance alive, as a testament without judgment that a century ago, a small band of immigrant Jews did what they had to do to succeed in a harsh new world, assuring that their offspring would get to traverse the bright side of the American dream.” In fact, Ben’s devoted ex-wife Esta, his “bugsy” mob mistress, Virginia Hill, and his two daughters — one of whom gave a sad interview a few years ago before she died — testify to the opposite.