Review: Carola Lovering's Diversion 'Too Good To Be True' - 27 East 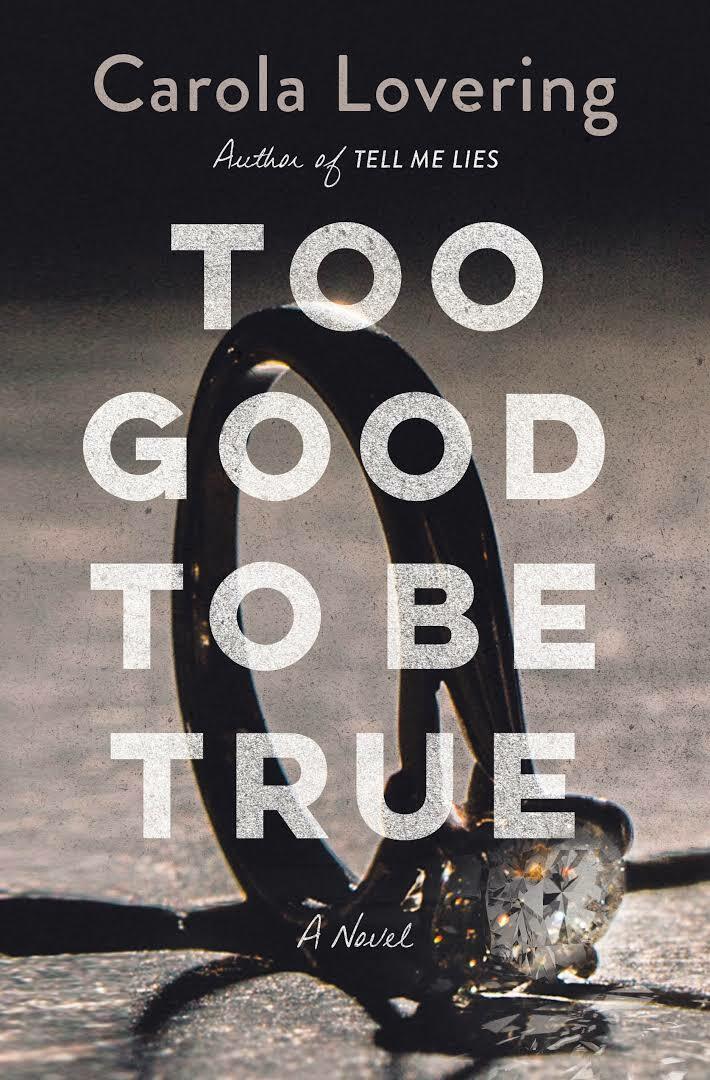 The cover for Carola Lovering’s novel "Too Good to be True."

Seems this is the time of the twisty-turn psychological novel, and Carola Lovering’s got one to keep us all diverted. “Too Good to Be True” cleverly jumps from an opening chapter, Skye, that sounds as though it’s from “True Romance,” where Burke, the guy Skye’s wild about, has just brought her breakfast in bed … and proposed, to the second chapter, a diary entry a few months earlier by Burke to his therapist Dr. K. that begins, “Her hair is yellow and thick, nothing like my wife’s.”

This surprise is only the first in a narrative that continually complicates what the reader learns about the main characters, each so-called correction causing a reassessment of good guys and bad, apparent truths and lies. There’s even an unexpected turn at the end when all the knots seem undone and the plot lines resolved, as Lovering manages to elicit sympathy for everyone, including the psychopaths and felons.

Besides Skye Starling and Burke Michaels, Lovering presents a third main character who also gets to do first-person narration, starting in chapter three. This is Heather, Burke’s wife, who looks back 30 years to when she was a high school junior in Langs Valley, New York, a fictional “tiny, forgotten town far upstate.” Heather is recalling when she started babysitting for Libby, a beautiful, wealthy and compassionate woman, temporarily living nearby with her husband, who became her confidant, model and mentor. Heather became obsessed with Libby, wanting to be like her, act like her, have the things that Libby did.

Of course, the reader knows by now that Burke and Heather are married and have three grown kids, so what’s going on with Burke and Skye? And who is Dr. K, to whom Burke is confiding everything in a diary?

Obviously, something isn’t right with Burke, an extremely good-looking older guy who easily wins Skye over and seems dedicated to her, even though he doesn’t have a job and is in debt.

But not everything’s right with Skye, either. An attractive, smart, rich, almost thirty-something freelance editor in New York, she has trouble keeping boyfriends because she has manifest OCD — an unstoppable need to knock on wood eight times, counting up and down — that overcomes her at unexpected moments. Past boyfriends have called her a “mental case.” She does, however, have a close-knit group of friends, going back to school days, who are sensitive to her problem, which started shortly after her beloved mother died when Skye was 12. Her father, remarried, is caring but remote, and true to storybook cliché, Skye dislikes her stepmother.

Andie, Skye’s clear-eyed best friend — until Burke — is suspicious of him, a much older guy who picked them up one weekend at Gurney’s in Montauk and is moving fast to get married. Lovering’s deft plotting — which continues up to and through February 2020 — presents Burke as a charming, self-acknowledged con man who nonetheless cares about Skye, his mark. Skye, meanwhile, remains smitten until an apparent electronic error mis-sends an incriminating email from Burke, intended for Andy, one of his buddies, to Andie, Skye’s BFF.

An extra attraction of “Too Good to Be True” is the East End, which figures here not only with scenes at Gurney’s, but because one of Skye’s friends’ father has an offensively large “shingle-style mansion” not far from the beach in Amagansett, exemplifying the Hamptons myth of money, money, money. It’s where Les Girls are planning a bachelorette party for Skye. Although Skye, herself, is not caught up in Hamptons fever, she goes along with what wealth can bring because having money is the way she was brought up, and because she’s fond of her longtime friends, almost all of whom have relationships. She yields to the perks of class because she wants to belong, to be loved.

“Too Good to Be True” may well be chick lit, but let it also be said that Lovering infuses her tale with a critical understanding of the plight and yearning of the underclass in a backwater town, and the ease with which too many youngsters who live hard-scrabble lives succumb to alcohol, crack cocaine and opioids. Savvy also about the seductions of social media, she shows how easily the innocent or ignorant can be manipulated by those who know how to work tech to their advantage, even it that entails wrecking the lives of others. A book for our time.

The WNET Group, parent company of WLIW-FM, and Hirsch Media are partnering to produce “George ... 19 Apr 2021 by Staff Writer