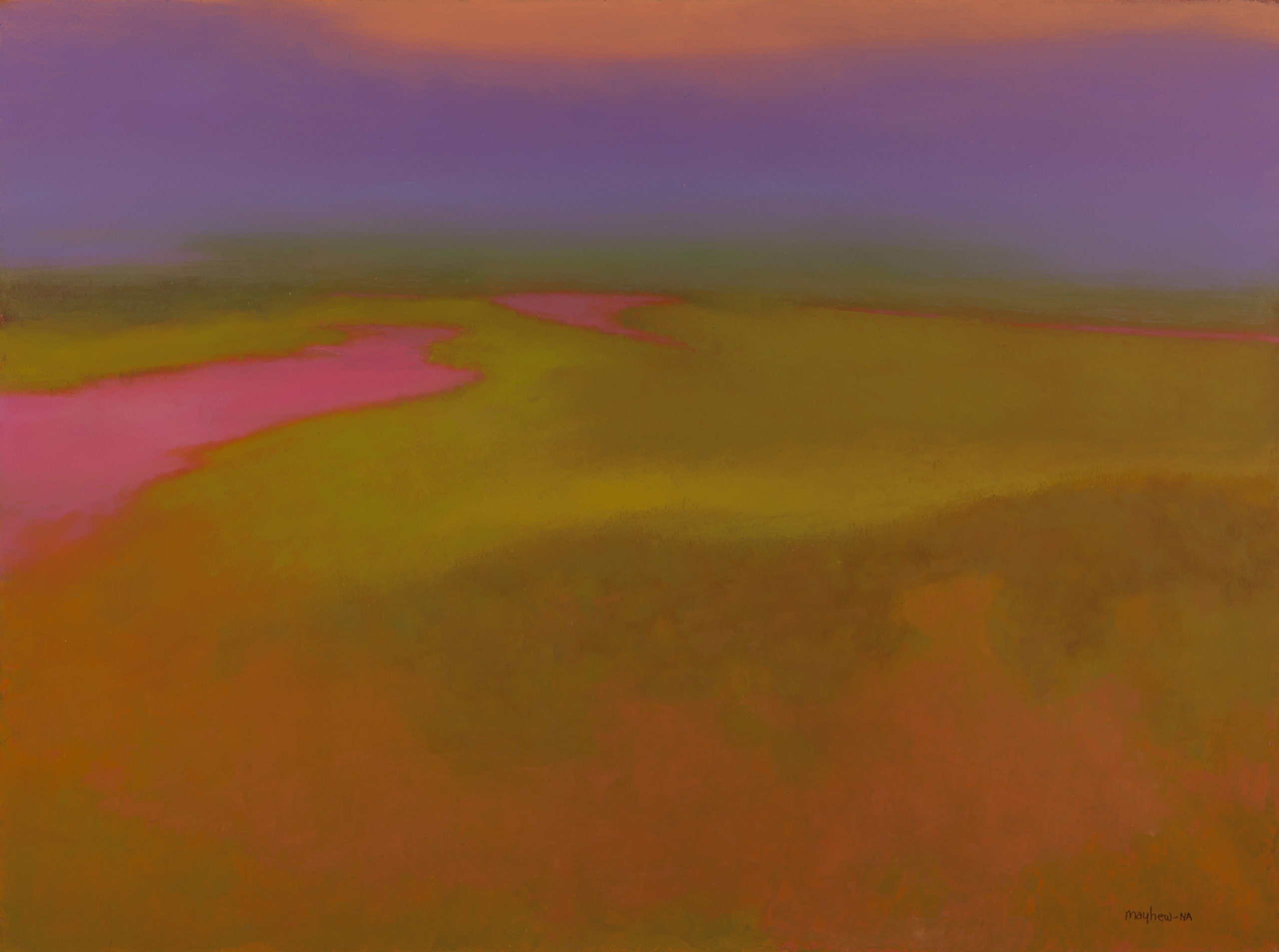 Richard Mayhew's "Pescadero," 2014. The painting was a recent acquisition of The Heckscher Museum. 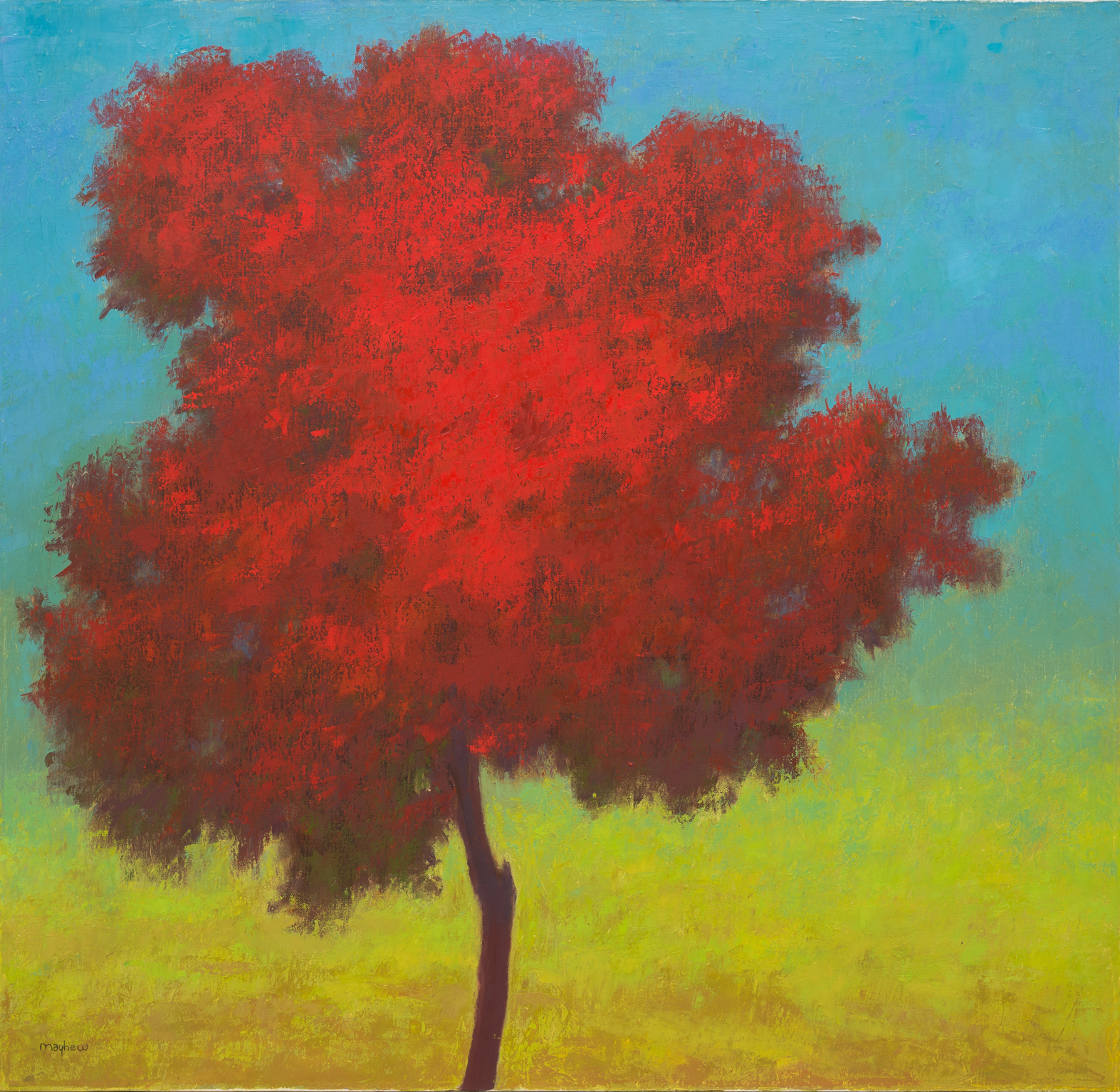 The Heckscher Museum of Art is currently featuring the work of Long Island artist Richard Mayhew (b. 1924) in a solo exhibition, the first ever organized so close to Amityville, where the renowned artist grew up. “Richard Mayhew: Reinventing Landscape” opened January 20 and remains on view through April 24 at the Huntington museum.

As part of the exhibition, on April 5, at 5:30 p.m., a virtual panel discussion on environmental justice on Long Island will be held with Jeremy Dennis, a contemporary fine art photographer, tribal member of the Shinnecock Indian Nation, and founder of Ma’s House, and Dr. Mark Chambers, Professor of Africana Studies at Stony Brook University. The discussion will focus on Mayhew’s work and the intersections of environmentalism and racial justice on Long Island.

“Richard Mayhew: Reinventing Landscape” highlights more than two dozen vibrant paintings and works on paper created by the artist over the past six decades. The exhibition explores how Mayhew reimagined 19th- and 20th-century American landscape painting through a uniquely personal style that expresses his perspectives about African American and Native American history and culture.

It is drawn from private collections and institutions such as Hudson River Museum, National Academy of Design and the Petrucci Family Foundation Collection of African-American Art.

“It’s a dual commitment to nature,” said Mayhew, who grew up in Amityville and currently lives in Santa Cruz, California. “The land is very important to both cultures, in terms of stimulation and spiritual sensitivity, and it’s very important to me.”

Following military service in the South Pacific, Mayhew spent time as an illustrator, ceramic painter and a jazz singer. In 1951, he began courses at the Brooklyn Museum School of Art. A degree in art history from Columbia University added to his framework of artistic reference. Studies in Europe fostered deeper appreciation of the old masters and for the Impressionists’ mastery of light. Mayhew’s first solo exhibition was organized by the Brooklyn Museum. During the Civil Rights movement, he joined Spiral, formed in 1963 by a group of Black artists who met to discuss the relationships between Black identity, American culture, and politics. These debates solidified his commitment to working in an abstract style while also engaging with concepts of race and social justice.

The Heckscher Museum of Art is at 2 Prime Avenue, Huntington. For more information call 631-380-3230 or visit Heckscher.org.