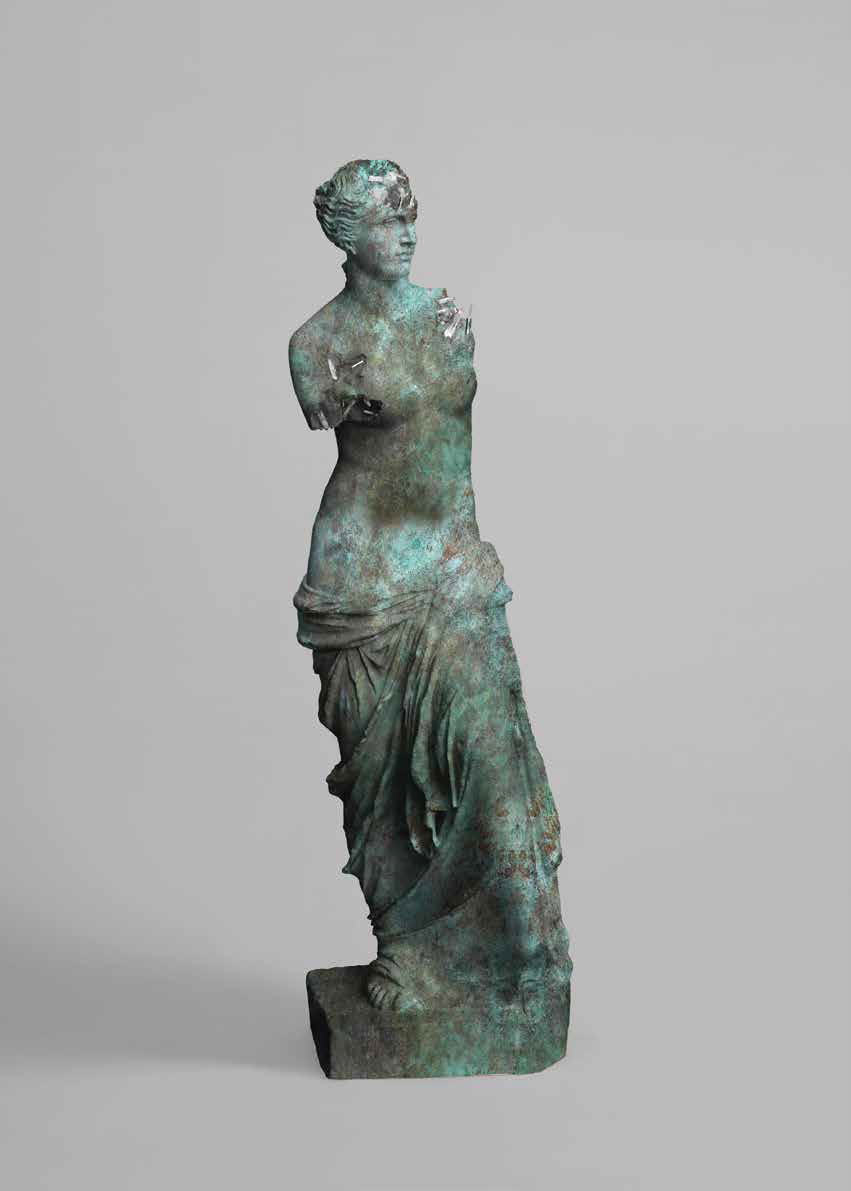 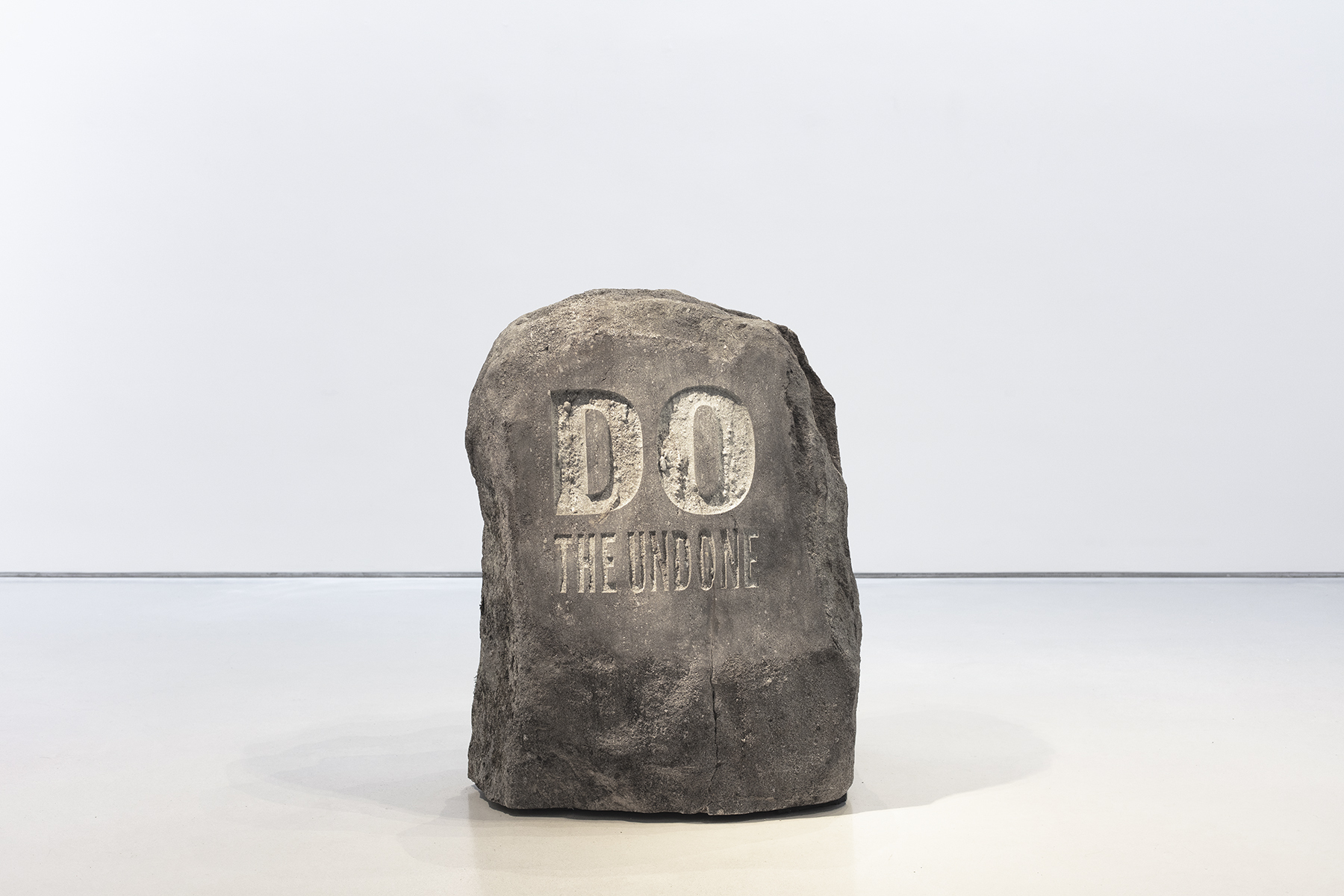 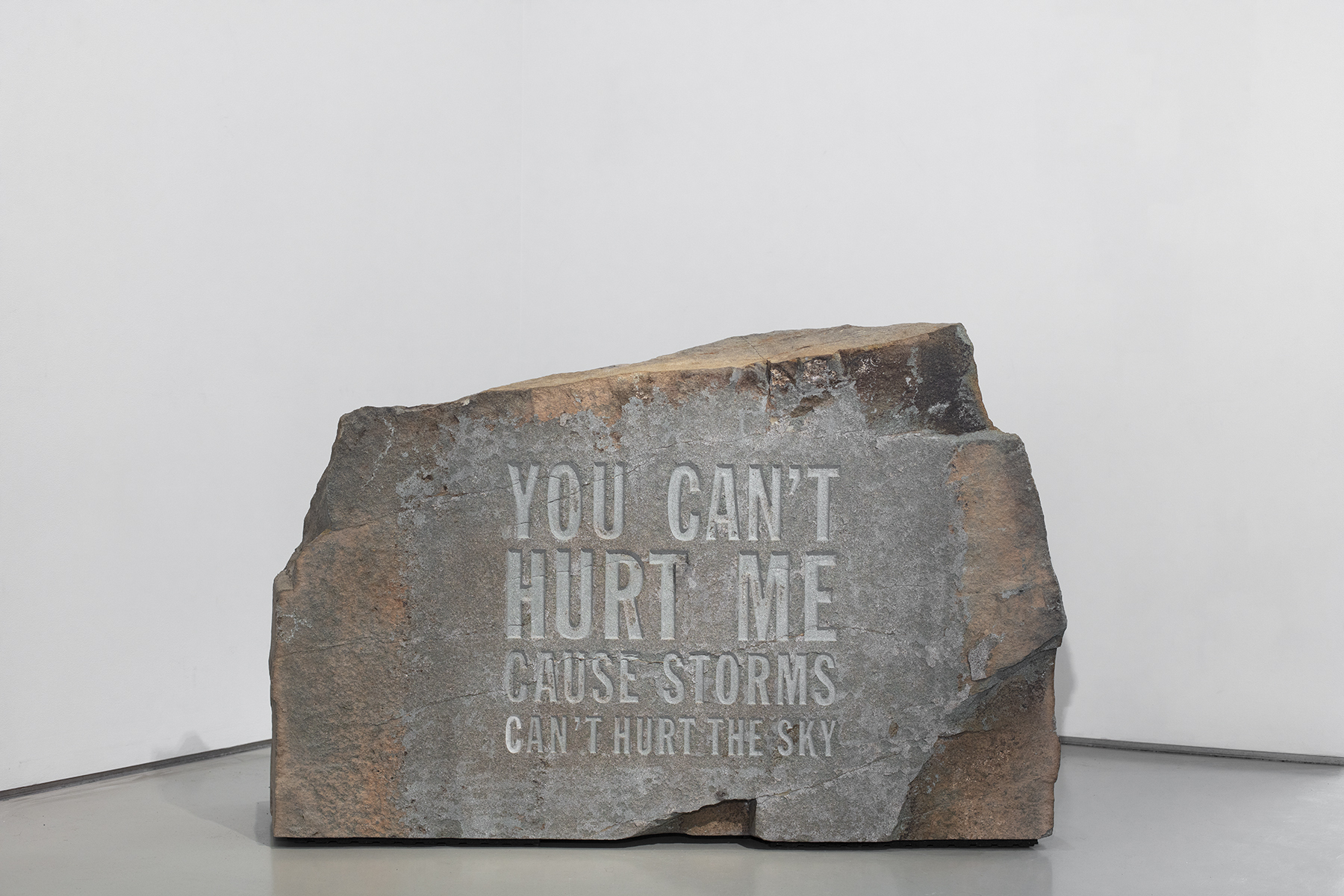 LongHouse Reserve, the 16-acre nature reserve and outdoor sculpture garden in East Hampton, will reopen to the public on Saturday, April 17, with its celebratory seasonal opening, ”Rites of Spring.” Thousands of colorful daffodils will welcome visitors and on display will be new artwork by several artists. This will be LongHouse Reserve’s first season without its inimitable founder, Jack Lenor Larsen, after his passing in December. To increase access of Jack’s gift to the community, LongHouse Reserve will now be open to the public on Sundays.

Giorno lived and worked in New York City. An iconic character from Andy Warhol films, Giorno, who died in 2019, drew inspiration from the free appropriation of Pop Art images and incorporated sound capture of vernacular language from commercials, television, newspapers, and the street into his art.

Referring to his work, Giorno said: “I love the faults in stones. What I like are the older stones that have been abused. These are from the Delaware Water Gap — they have been rattling around for thousands of years. It’s like a graveyard of three Ice Ages. These bluestones have been battered by the Ice Age. When the bluestone was being formed, the granite was inside. So, it’s like the letters in granite are peeking out.”

Arsham’s aesthetic revolves around his concept of fictional archaeology. Working in sculpture, architecture, drawing and film, he creates and crystallizes ambiguous in-between spaces or situations, and further stages what he refers to as “future relics of the present.” These are eroded casts of modern artifacts and contemporary human figures, which he expertly creates from geological material such as sand, selenite, or volcanic ash, giving them the appearance of having just been unearthed after being buried for ages.

Pepper was an American sculptor known for her monumental works in steel, cast iron, bronze, stainless steel, and stone. Born in Brooklyn, Pepper began to study design, photography, and industrial design at age 16 at the Pratt Institute. She later studied at the Art Students League and Brooklyn College, and left New York in 1949 to study painting in Paris. After a trip to Angkor Wat in 1960, Pepper was inspired by the temple ruins to exclusively pursue sculpture.

Pepper began exhibiting her sculptures in both New York and Rome, and in 1962, she was one of 10 artists (including David Smith and Alexander Calder) invited by Giovanni Carandente to fabricate major works in Italsider factories for an outdoor exhibition in Spoleto. She then continued to work in factories in both Italy and the United States, becoming the first American artist to use Cor-Ten steel while working in a U.S. Steel factory.

Splitting her time between New York and Todi, Italy, Pepper continued producing outdoor sculptures, site-specific works, and land art throughout her life. She died in February, 2020. Her work has been widely exhibited, is held in numerous collections, and has been the subject of multiple monographs. The Beverly Pepper Sculpture Park opened in Todi in 2019.

Prune Nourry, born in 1985, is a Paris- and New York-based plastic artist. A graduate of the École Boulle, she has made sculpture the backbone of her practice. In collaboration with artisans, she works with various materials and explores new techniques. Her pieces are large in size and produced in situ, and she destroys, buries, or stages them in documented rituals through photo and video. Her work asks scientific questions that she turns into artistic material. In 2009, Nourry launched a series of performances, the “Procreative Dinners,” bringing together art, gastronomy and science, during which participants were invited to reflect on assisted procreation and human selection by designing their child à la carte over the course of the meal. In 2010, the artist developed an Asian trilogy on gender selection bias against girls and the resulting demographic imbalance. Her army of 108 sculptures, the “Terracotta Daughters,” toured the world before they were buried in a secret location in China. Their excavation will take place in 2030, the year in which the female deficit is expected to peak.

The LongHouse Reserve experience is reinvented each year by resiting works in the grounds, which is unusual for most sculpture gardens. The permanent collection, including works by Buckminster Fuller and Willem de Kooning, returns and the beloved Yoko Ono “Wish Tree” is back awaiting visitors to tie their desires to its branches. Some favorites are now installed in new garden spaces, creating surprising new perspectives; experience Eric Fischl’s “Tumbling Woman,” Judith Shea’s “Idol,” Dale Chihuly’s “Cobalt Reeds” and Yoan Capote’s “In Transit” in unexpected ways.

Timed tickets to LongHouse Reserve on Open Days are $15 for adults and $10 for seniors. There is no charge for veterans or active-duty personnel. LongHouse is always free for anyone 18 and under and for college students with a valid student ID. A membership allows visitors to return LongHouse Reserve as many times as they’d like throughout the season. Purchasing tickets in advance is strongly encouraged and can be reserved online at longhouse.org. LongHouse Reserve is located at 133 Hands Creek Road in East Hampton.