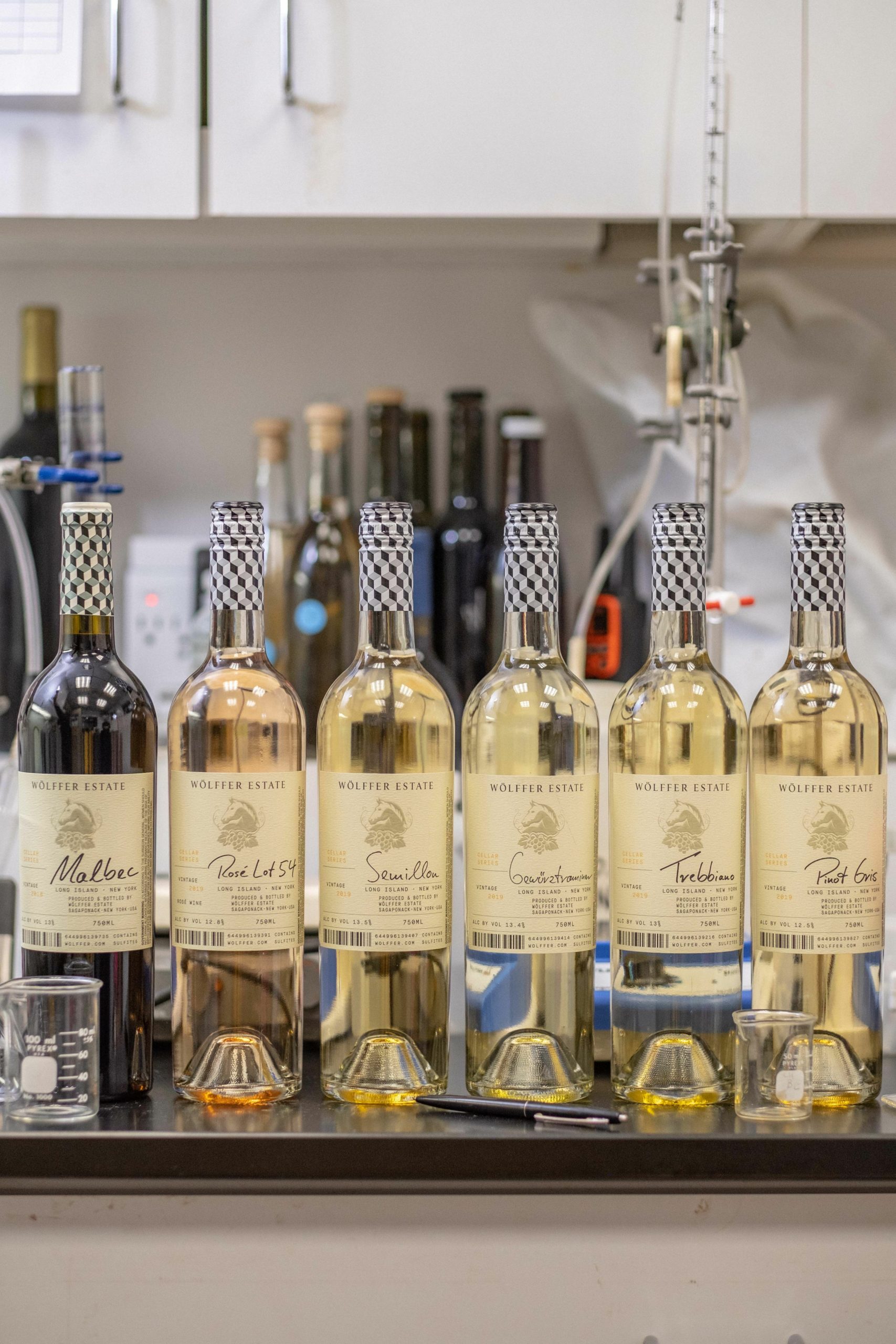 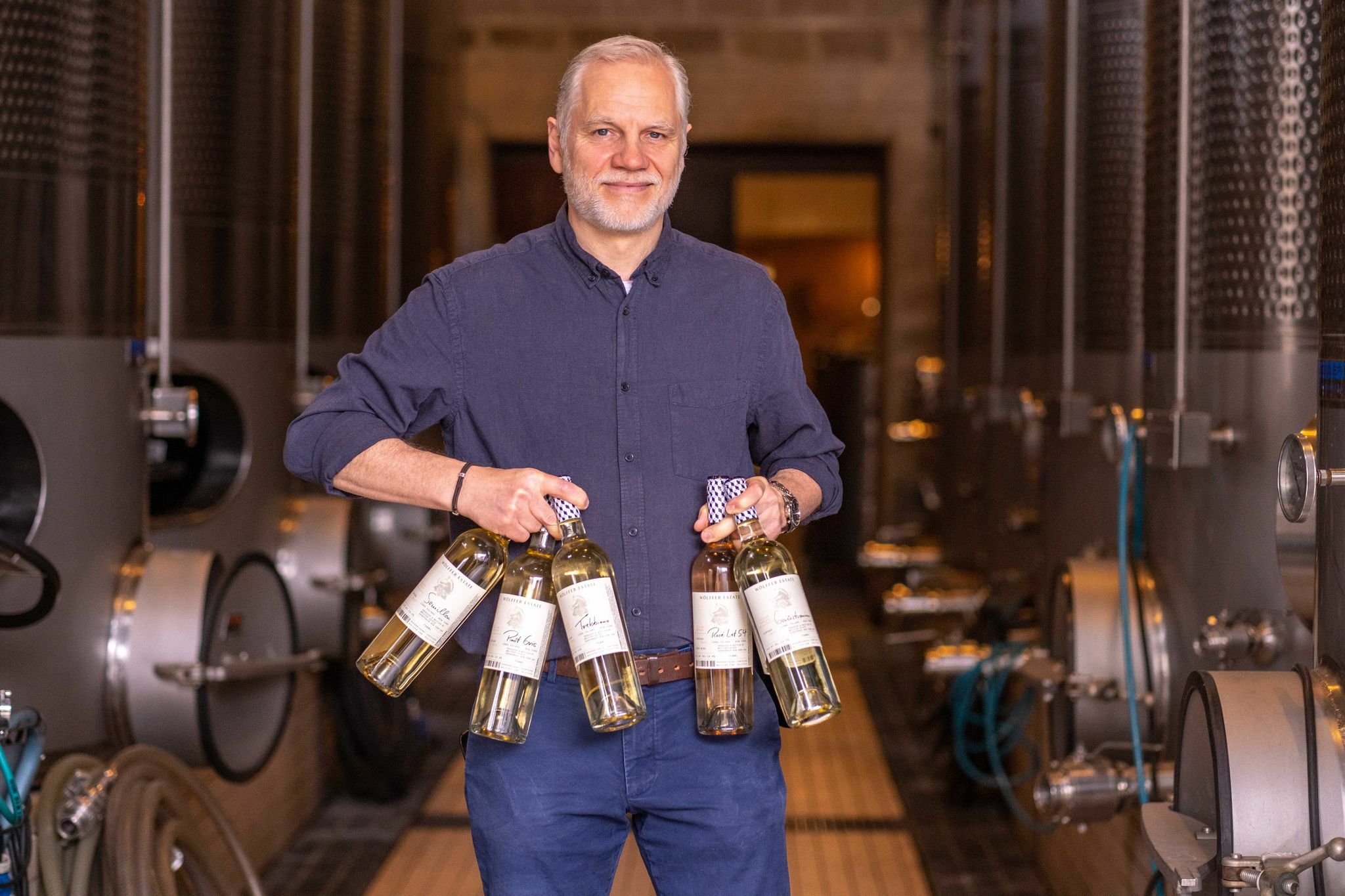 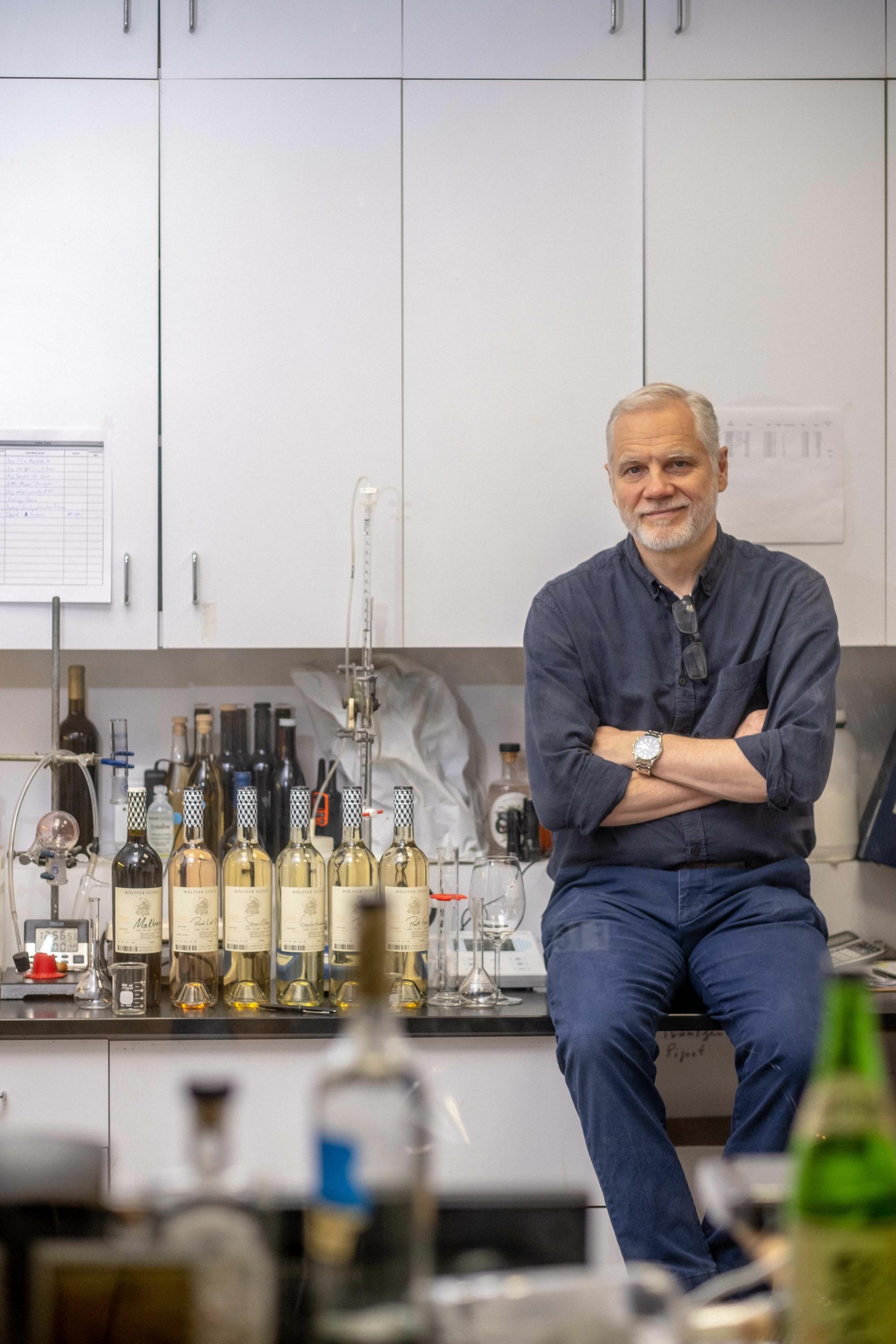 There may be a lot going wrong in the world these days, but for Roman Roth, a partner at Wölffer Estate Vineyards, when it comes to making wine on the East End, there’s an awful lot going right.

So right, in fact, this summer Wölffer is releasing several new wines as part of its Cellar Series of limited vintages.

“We really poured our whole creative spirit into this to make six amazing new wines where we also listened to the vintage, because 2019 was such a dream year,” explained Roth, Wölffer’s head winemaker. “It was such a good year it needed to be highlighted. We have the ability to make these unique things — 250 cases of rosé or 330 cases of Trebbiano or 280 cases of Gewurztraminer.

“It’s very special,” he added. “Sometimes people think Wölffer is the big rosé producer, which we are, but we are still a boutique winery and our artisanal approach is showing through this.”

Wölffer’s new Cellar Series collection is comprised of small quantity, limited release varietals and styles. Because they are limited, these special wines give Roth the opportunity to try a number of new and different things based on what’s growing well.

The first of the Cellar Series to be released in early June was the Trebbiano, made of grapes that were initially cultivated at Indian Neck Farm in Peconic on the North Fork.

“It was a small vineyard that grew Trebbiano. We bought the fruit from them for many years, it was one of the oldest vineyards on the North Fork and they had maybe a quarter of an acre of Trebbiano,” explained Roth. “We also bought Chardonnay, Cabernet Franc and other things from them.”

But Roth said he was particularly impressed by the Trebbiano.

“It looked so amazing. Nothing fazed it. No matter how bad the vintage was or the rainy seasons, these Trebbiano grapes were hanging there in loose clusters and they were just beautiful,” he said. “They have a yellow golden cluster instead of green and are luscious gorgeous, big grapes — and there was no rot pressure.”

So to put them to the ultimate test, Roth fermented the Trebbiano separately to see how it would perform. He was very happy with the results, but unfortunately, the North Fork vineyard was sold and the grape vines ripped out to make way for a polo field.

“All we could do was take the pruning. We cut the canes off and we sent them to Amberg Nursery upstate,” said Roth. “It was like a horse rescue — we rescued this Trebbiano from being extinct on Long Island.”

Eventually, from those prunings, Roth and vineyard manager Rich Pisacano were able to plant a half-acre of Trebbiano at Wölffer’s Sagaponack property and another half-acre on the North Fork.

“We have 1 acre of Trebbiano, that’s the fruit source. As far as I know, no one else does it on Long Island,” he said, noting it was important to use the stock from Indian Neck Farm since he knew it performed well in this climate. “The one thing is, you don’t want to start over. There are Trebbiano clones in California, but we’re not sure how suitable they are to Long Island.

“This one is working fabulously. Hopefully, we will plant more,” Roth added. “If we go to 2 or 3 acres, we could be the biggest Trebbiano producer in America.”

Though it’s a novel grape here, Trebbiano is well-known in Italy, though not necessarily for the best of reasons.

“There’s a prejudice,” Roth said. “Trebbiano is the cheap white grape in Italy, and, unfortunately, that’s how it’s treated. A lot of balsamic vinegar is produced from it. It’s good producing, rot resistant and it makes cheap bulk stuff.”

“I had seen Trebbiano in Italy, but hadn’t worked at it,” he added. “It’s the red-headed step child that doesn’t fit in the family. But if you treat it nicely, if you expose the clusters to the sun, as we do at Wölffer, when you give them some love, you can make really elegant, fruit driven, lush wine with a lovely mineral taste, great acidity, and a blend of freshness and vibrant flavors.

“Even if you make a good Trebbiano, it would take a lot of perseverance and talking to get $40 a bottle for it,” he said “We’re selling ours for $24 — so its artisanally crafted and handmade. The price is good and it’s special.”

Roth adds that Wölffer’s version of the wine is 88 percent Trebbiano, combined with 11 percent of the vineyard’s top Chardonnay, the Perle.

“It’s one of my favorite wines from Wölffer estate — I love all my children, but some are smarter than others — I use the Perle Chardonnay to give it a little umph, and a little more texture,” he explained. “The Trebbiano is linear, fresh and crisp, the Chardonnay makes it a little more interesting.”

Roth’s Trebbiano also has a small amount of Pinot Gris in it, which he describes as contributing “nice, bright and clean stone fruit flavor with an apricot character.”

“I also needed to top off the tank after filtration and this was the most similar to Trebbiano and I didn’t want to add any more Chardonnay because 11 percent is my lucky number, so it’s 1 percent Pinot Gris.”

By default, the small acreage of Trebbiano available to Roth makes the vintage a unique expression of this one little lot at the vineyard. That’s the beauty of the Cellar Series, and it truly allows Roth to explore and expand the offerings.

“With 1 acre, it has to be right to become a Cellar Series and only happens when it’s fine-tuned with extra babying along the way,” he said. “It shows we have these interesting things going on at Wölffer Estate because we’re so artisanal and detail oriented.”

The next Cellar Series offering to be released this summer will be the Pinot Gris, which comes out in July. It’s a wine that’s familiar to Roth from his native Germany, where it’s called Grauburgunder. Wölffer’s version comes from two different vineyard sites — one was handpicked on September 20 of last year and the second on October 26. At 640 cases, the Pinot Gris is the largest of the Cellar Series runs.

“It’s a very serious wine that can age very well,” Roth said. “It’s a rich wine and fruit driven. Often, fruity wines don’t have that much power and mouth feel, but our Pinot Gris is different. When you do it right, you can make fantastic Pinot Gris.”

Other Cellar Series releases planned this summer include Gewurztraminer, Lot 54 Rosé, and a Malbec. A Semillon (also known as white Bordeaux, which Roth is particularly excited about) will be released in 2021.

“Because of the way it’s made, you don’t find Semillon easily anywhere. It’s like a red wine, you have to give it some bottle age,” said Roth. “Because we made so little of it, I want to know when people get it, it will be ready.”

“But the Gewurztraminer is amazing, too,” he added. “It’s a fun wine to make, especially this great vintage. You get the grape’s oily texture, and so much richness, yet because of our style of winemaking, it’s still balanced and has a pure lush flavor. And the Lot 54 Rosé is a more powerful version of rosé.

“This year, everything came together, and it’s time to celebrate these wines in this unique way,” he said. “All these wines are different than the norm out there. We have boutique wines right here in New York — and it’s very special.”

Wölffer Estate Vineyard’s Cellar Series wines are available through the Wine Club at the wine stand on Route 27 in Sagaponack and online at wolffer.com. The vineyard’s tasting room (139 Sagg Road, Sagaponack) and the wine stand are now both open for wine and small bites with outdoor seating only offered daily from 11 a.m. to 7 p.m., by reservation.