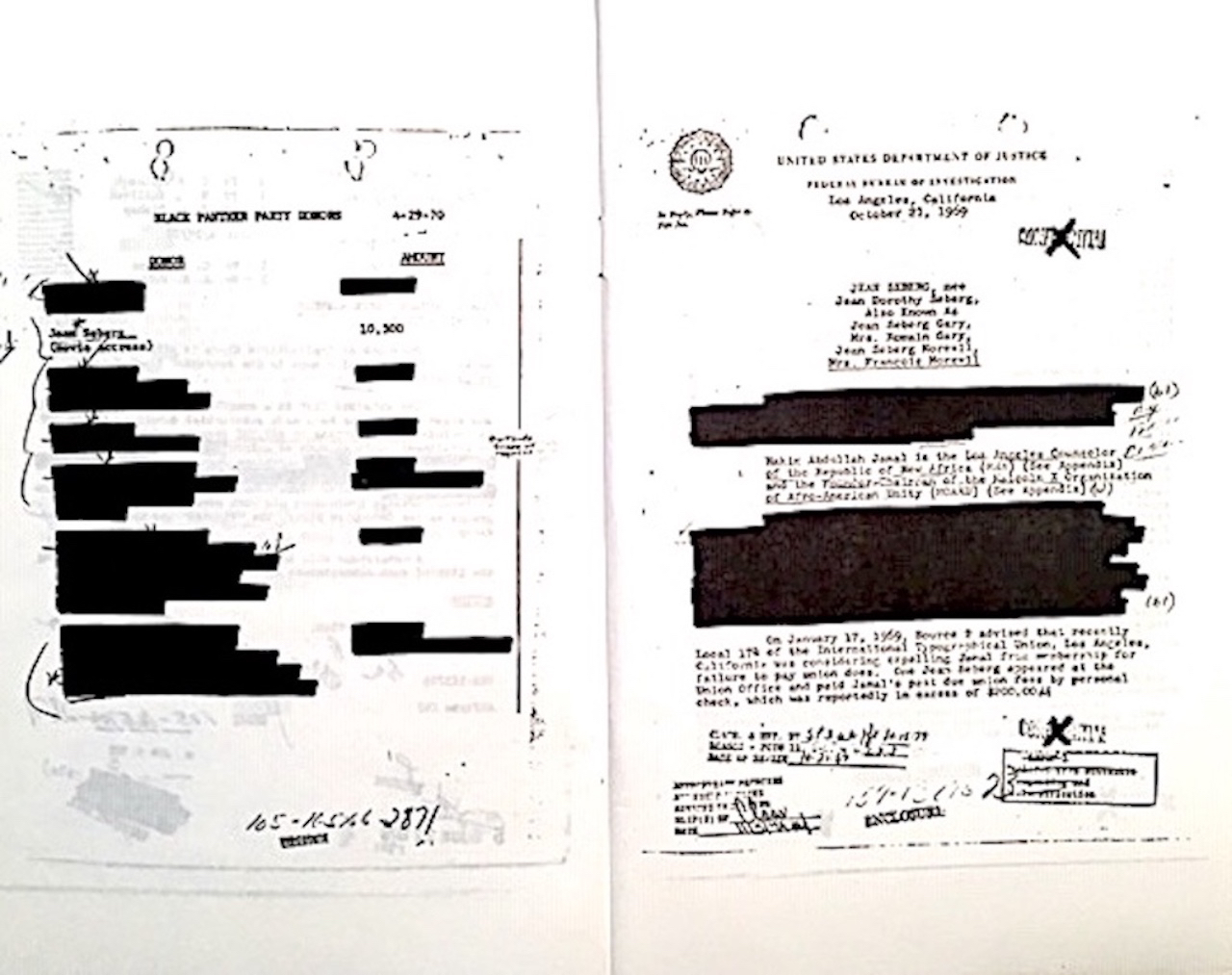 Following Jean Seberg’s 1979 suicide in Paris, Kramer used the Freedom of Information Act (FOIA) to request and receive Seberg's declassified file. She incorporated some of its pages into her “Freedom of Information Act Works,” a series of multi-media installations, pamphlets, videotapes, and writings based on materials received from her FOIA requests. They demonstrate the repressive, authoritarian qualities of government surveillance and foreground issues of accountability, transparency and privacy.

The documents bring attention to accusations brought against Seberg after the actress donated money to the Black Panther Party. In addition to publishing pamphlets of selected FBI documents, Kramer’s creative process includes enlarging or reducing the scale of the documents, reprinting them on a variety of unusual materials including transparent film, and making the documents into giant black film negatives.

Kramer work has been seen in over 15 one-person shows and more than 40 group exhibitions. She has made site-specific museum and gallery installations in which positive and negative are reversed, rendering the black redactions as transparent bars. In her photographic installations, Kramer’s large film negatives of FBI pages may hang in groups from ceilings and cast ominous shadows on surrounding walls, objects, and people. The installations create chilling, parallel contexts for the oppressive information they contain.

For more information on the exhibition, visit galeriampa.com.