Shining A Light On The Woman Behind The Artist - 27 East

Shining A Light On The Woman Behind The Artist 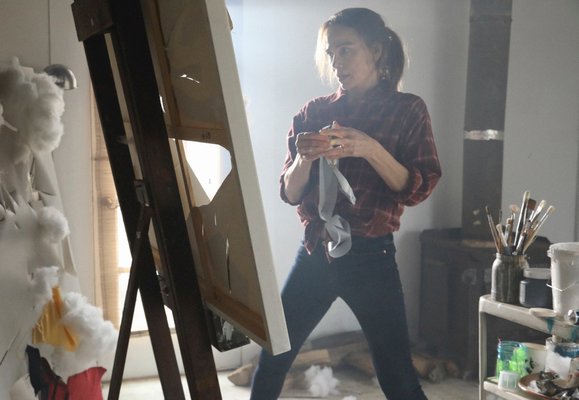 Production still of Claire painting from "The Artist's Wife." 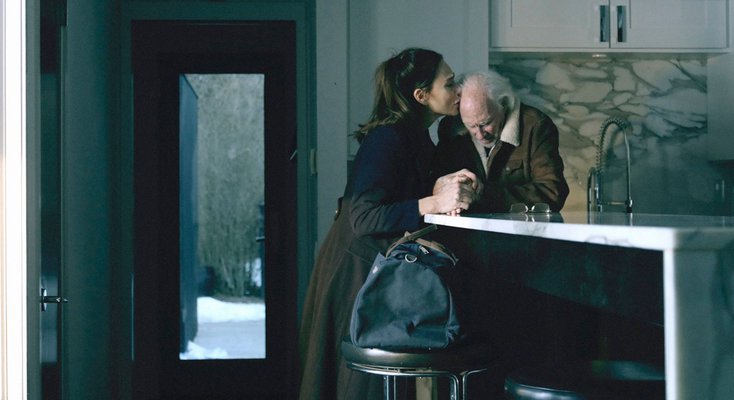 Production still of Claire and Richard from "The Artist's Wife." 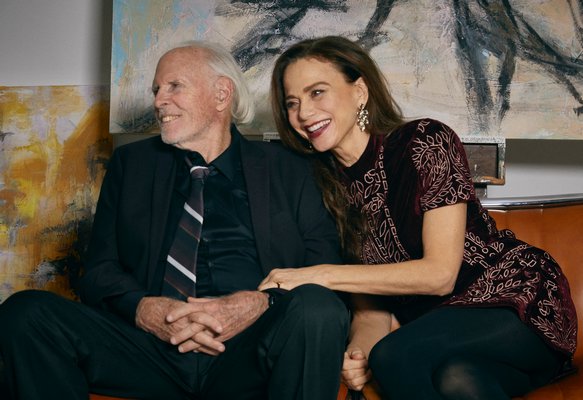 Production still of Richard and Claire being interviewed in "The Artist's Wife." 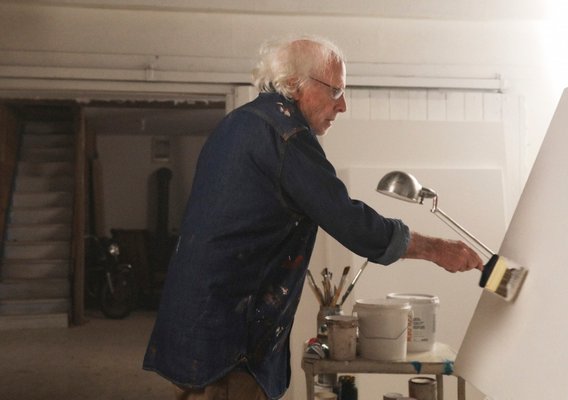 Production still of Richard painting from "The Artist's Wife."

For Pablo Picasso, there was Dora Maar. For Auguste Rodin, Camille Claudel. Behind Jackson Pollock was Lee Krasner, and for Willem de Kooning, there was Elaine.

They were the women keeping the engines running, inspiring and supporting their famous partners by, in some cases, dimming their own artistic lights.

Filmmaker Tom Dolby is ready to shift that narrative — reimagining the expected path with his first solo directing effort, “The Artist’s Wife,” making its world premiere on Friday afternoon at Guild Hall in East Hampton, as part of the Hamptons International Film Festival.

“Particularly when you consider the famous artist couples on the East End, the women had to, sadly, sublimate their own careers and their own desires to those of their husbands, and let their own careers take a backseat to those of their husbands,” Dolby said in an interview. “It was exciting for me to explore a story that is about what happens after — what happens when that person, who has been the supporter all these years, finally comes into her own.”

This plot is realized through Claire, portrayed by Lena Olin, who was once a promising painter herself before giving it up to stand behind her husband, famed abstract artist Richard Smythson, acted by Bruce Dern. But when he is unexpectedly diagnosed with Alzheimer’s disease, she is thrown into crisis, torn between his erratic mood swings and the need to shield his illness from both the art community and their family — including his daughter, Angela, played by Juliet Rylance, who is struggling with a broken home.

“This film absolutely felt personal to me. There is so much of me in it,” Dolby said. “The experience of having a family member with Alzheimer’s was a starting point, but then it really grew out from there. I have a lot of Claire in me, in her desire to break out of her shell. I have a bit of Richard in me, too, in that expressive artist, and Angela, as well — I’ve been through the experience of divorce. Seeing how these experiences tear you apart, you also become a stronger person through them.”

Splitting his time between Los Angeles and the East End, Dolby began writing what he thought was a book 10 years ago — a confluence of his interest in art history, the ripple effect of his father’s battle with Alzheimer’s, and the several winters he spent living in Wainscott.

“I found it to be, at times, somewhat bleak and lonely, but I also found it really beautiful,” Dolby said of the East End’s off-season. “For me, as a writer and storyteller, I found it really focused my attention on what I wanted to create, so that was incredibly inspiring for me, in coming up with the story of an artist who was a little bit stuck.”

Unexpectedly for the novelist, the narrative quickly shape-shifted into a feature film — one that he shot in 31 days, from Amagansett to Stony Brook Southampton to Riverhead, minus the four days spent in New York. The East End turns into a character itself, Dolby said, and he expects locals to recognize the familiar settings of Golden Eagle Art Supply and White’s Apothecary in East Hampton, as well as Cirillo’s Market in Amagansett. The Guild Hall audience may even have a metaphysical moment as a pinnacle scene that was shot inside the theater where they are sitting unfolds on screen.

“I think this is why the area is so perfect: What more beautiful place can you think of to shoot in than the Hamptons, and then to be able to contrast that against real life, which is messy and sometimes isn’t so pretty?” Dolby said. “There’s a cliché out there that Alzheimer’s is this relatively benign disease that involves an older person sitting in the corner and smiling and forgetting people’s names, and that’s not true. Sadly, it’s a very agitating disease. Every disease affects the people around the person who’s afflicted, but I think Alzheimer’s affects the family in a very different way.”

The 44-year-old filmmaker brought his personal experience with him to the set, which was frenetic and brimming with energy, stress and anxiety — “like any film,” he said with a laugh.

“But I think, perhaps differently from some projects, we all had this feeling that we were making something really special, and still do,” he said. “How often do you have a movie centered on a woman who is just past middle age? It’s so rare that we see those kinds of stories, of a woman who’s in her 60s and her specific experience. There are so many wonderful actors in that age range, and they’re not always given the chance to spread their wings and really be the central figure in a story.

When audiences leave the theater, Dolby said he hopes they come away thinking about the roads they have not yet traveled in their own lives — their wishes and desires that they have not explored, or left behind somewhere along the way — and whether they can bring those dreams back to life.

“If this movie spawns more than a few painters to start painting again, I’ll be very happy,” he said. “And a lot of people have barns! It could be a shed, too, a garage. Any of those things will work.”

“The Artist’s Wife” will make its world premiere on Friday, October 11, at 2:15 p.m. at Guild Hall in East Hampton, as part of the Hamptons International Film Festival’s “Spotlight” and “Views from Long Island” programs. An encore screening will follow on Saturday, October 12, at 11 a.m. at Southampton UA. For tickets and more information, visit hamptonsfilmfest.org.