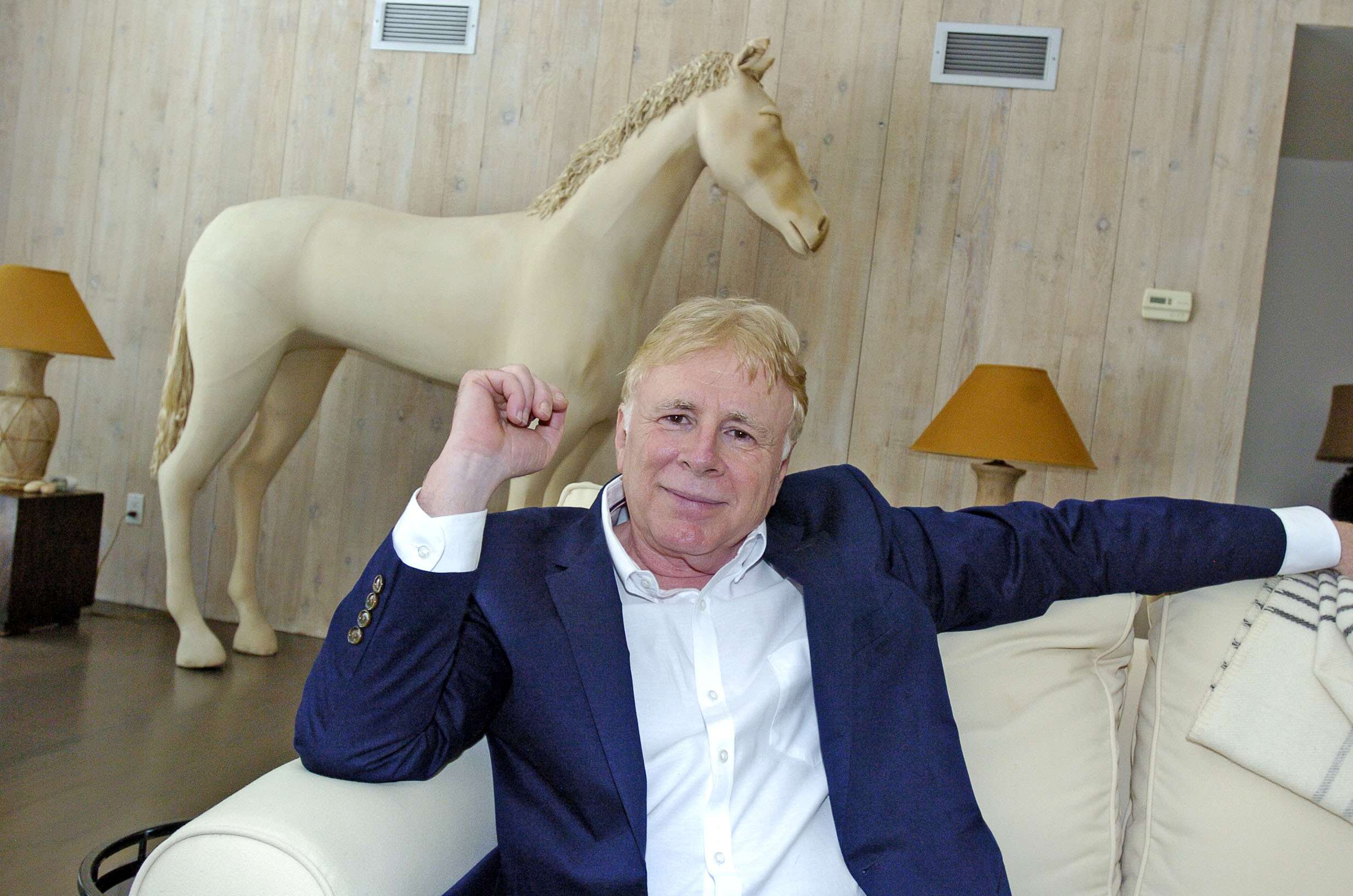 Through an unmarked door, the glass-enclosed headquarters of Halston Enterprises soared high above New York, occupying the entire 21st floor of Olympic Tower.

At the furthest end of the room, Roy Halston Frowick would sit behind his desk, an impressive figure often sporting a black turtleneck and dark sunglasses, with his signature white orchids in front of him, and the neo-Gothic spires of St. Patrick’s cathedral at his back.

Here, in the 1970s, he was known simply as Halston. By day, he was the beloved and brilliant fashion designer who shifted the course of American fashion. By night, he was a legend of Studio 54 — the magnetic showman whose inner circle was never far from him, among them his muses Liza Minnelli and Elizabeth Taylor, his A-list clients, and his select band of models, affectionately referred to as his “Halstonettes.”

It was this public persona that captured the world’s imagination, as well as the interest of Steven Gaines, whose evenings would usually lead him to the legendary nightclub where he observed Halston from the periphery.

“It’s a sad ending,” Gaines said recently of Halston’s story from his home in East Hampton. “He got sucked down the drain of the decadence, of the 1970s in Manhattan, when people thought cocaine wasn’t addictive, when nobody was going to AA except for alcoholics. And nobody knew about AIDS, either.”

Shortly before Halston died in 1990 at age 50 from complications with the once-fatal epidemic, Gaines signed a deal to write the designer’s unauthorized biography, “Simply Halston” — a now infamous book that enraged the aforementioned inner circle and, after more than 20 years of optioning, is finally coming to life as part of Ryan Murphy’s $300-million deal with Netflix.

Even after the streaming giant initially rejected the project years ago.

“Ryan Murphy’s the golden boy,” Gaines said of the Emmy, Golden Globe and Peabody Award-winning producer, director and writer. “He’s supposed to be absolutely brilliant and he wanted to do it — and he can do anything he wants to do at Netflix. So even though the executives at Netflix had turned it down, Ryan Murphy wanted to do it. Then it just, boom, it exploded out of the gate.”

Under the direction of Daniel Minahan, the untitled series — featuring a screenplay by Sharr White, known locally for co-producing and co-writing the Montauk-based show “The Affair” — is currently filming at various locations in New York and is slated to air sometime next year, reported Gaines, who has not been invited to the set.

“If a movie is based upon a book, the author of the book is like a whore who expects to be asked to stay for breakfast,” he said with a laugh. “Once you sell them your property, and if you’re not writing the screenplay — which I didn’t want to do, because I really don’t know how to write screenplays — you never hear from them again. That’s really kind of been the situation.”

Regardless, Gaines said he is “thrilled” that production is underway. “I never thought I would live to see it. I’m old!” he said. “The truth of the matter is, I am 73 years old and by the time all of this comes out, I will be 74. I wish it happened when I was younger. Better late than never.”

For Gaines, this project is actually 40 years in the making, dating back to his circa-1980 roman a clef, “The Club,” which he penned with Robert Jon Cohen, then a young bartender at Studio 54 and former Halston “assistant.”

“It was an awful, awful, awful book,” Gaines said, “and it made his people absolutely insane.”

By this time, Halston had established himself as one of the first American haute couturiers to become internationally respected, rising to fame in 1961 after he designed the iconic pillbox hat that Jacqueline Kennedy wore at her husband’s presidential inauguration.

His name, and subsequent brand, would become synonymous with minimalism and clean design, sensuality and sexuality, and women bought his clothes in droves. In 1987, Vanity Fair assigned Gaines a profile on the meteoric phenom, and while the piece never ran — the New York Times scooped the magazine — the journalist couldn’t forget the story.

He set out to write a biography, and through countless hours of interviews, Gaines would come to know Halston as the “king of elegance,” he said, “a real genius who was enormously talented and absolutely brilliant — not just as a designer, but as a friend, as a confidante.”

But Halston was also a deviant, notorious for his prostitute habit and cocaine addiction — details which the author did not shy away from in “Simply Halston.”

Anecdotes like this are dotted throughout the biography, which was published in 1991, though the majority of its chapters explore Halston as a businessman, Gaines said.

“The sex stuff and the drug stuff is only 10 percent of it — but that drove them crazy. And I don’t blame them,” he said. “I think they were completely justified, and I think I was justified. My job as a reporter, as a journalist, as someone who wrote biographies for a living, was to tell the true and interesting story. I mean, I don’t know how long they thought they were gonna hide the fact that he was addicted to cocaine.”

While Gaines said he has not seen a final script for the Netflix series, he hopes the brilliance that once lived inside Halston comes across, as well as the potential he never quite tapped.

“It is a tragedy. He would have gone on to do greater things, though he made some terrible mistakes in business, like selling his name and his company,” Gaines said. “He completely and totally represents that very wild time at the end of the ’70s and ’80s, before people realized there was a piper waiting in the wings, who they had to pay for their drug use and for all the crazy, wild, anonymous sex that people were having. There was a price to pay for that, too.”’

Interestingly enough, “Simply Halston” is not the only book by Gaines that will soon have its cinematic close-up. He has also shared the news that his 1998 book “Philistines at the Hedgerow” is being made into a limited series. Stay tuned.