Singer Judy Collins Looks Back At Half A Century of Music, And A Love Affair In Sag Harbor - 27 East

Singer Judy Collins Looks Back At Half A Century of Music, And A Love Affair In Sag Harbor 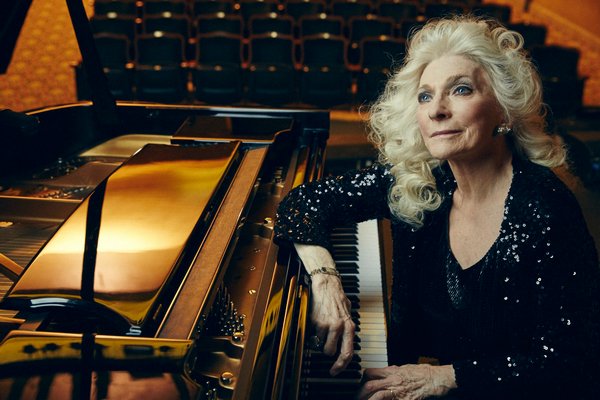 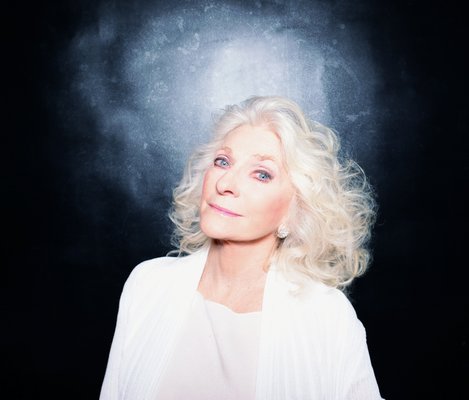 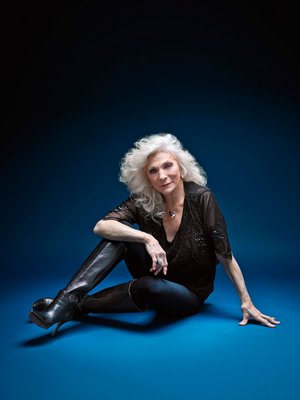 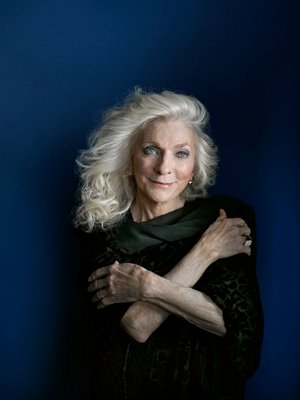 It’s hard to fathom the impact singer/songwriter Judy Collins had on the music scene back in the 1960s and early ’70s. Not only is her 1967 version of Joni Mitchell’s “Both Sides Now” a veritable anthem of the era (in 2004, Rolling Stone ranked it #171 on its list of The 500 Greatest Songs of All Time), but her 1975 rendition of Stephen Sondheim’s “Send in the Clowns” was a huge pop hit and spent 27 weeks on the charts.

Then, of course, there is “Suite: Judy Blue Eyes,” the iconic Crosby, Stills and Nash (CSN) song which she neither wrote nor sang, but rather, inspired.

The song appeared on CSN’s self-titled 1969 debut album and was penned by Stephen Stills as an ode to Ms. Collins, who was his girlfriend at the time. It so happens that their romance was going strong in the winter of 1968 and into the spring and summer of 1969 when David Crosby, Mr. Stills and Graham Nash were all living in Sag Harbor where they worked on the harmonies, words and arrangements that would become the songs on that first album.

The musicians had come to the East End by invitation of The Lovin’ Spoonful’s lead singer, John Sebastian, who lived in North Haven. The trio rented a house nearby and in addition to members of The Mamas and The Papas, among their visitors to Sag Harbor was Ms. Collins.

“Oh yes. I remember being out there then,” Ms. Collins said during a recent phone interview.

When asked what the Sag Harbor scene was like in those days, she admitted, “There was no scene. It was just me hanging out with them. I was going out to see Stephen, of course, we had just been involved in our hot affair and it ran into the first part of that summer.”

But she notes that ironically, “Suite: Judy Blue Eyes” came out just as her two-year relationship with Mr. Stills was pretty much over. That’s because in 1969, Ms. Collins was cast in New York Shakespeare Festival’s musical production of “Peer Gynt” and promptly fell in love with her co-star, Stacy Keach.

“Strangely enough, I had already hooked up with Stacey Keach,” she said.

Though “Suite: Judy Blue Eyes” wasn’t enough to keep the relationship intact, it turns out that Ms. Collins and Mr. Stills nonetheless remain deeply connected to one another to this day, both as friends and performers.

“I just did 115 shows in a year and half with him,” Ms. Collins said. “That visit out to Sag Harbor to see Stephen during the summer of 1969 was the beginning of a resolution of our romance turning into a friendship.

“It’s amazing. One of the things that kept us together was that neither of us said anything we couldn’t take back,” she added. “We did remain friends and we kept contact. From 1968 on we knew each other. We’ve stayed in each other’s lives and liked each other’s families.”

Though Ms. Collins and Mr. Stills didn’t write music together, for their recent tour they were able to connect a group of songs from both of their repertoires to make up the set.

“Then we walked out together and sang ‘Suite: Judy Blue Eyes.’ It was amazing. We had a ball,” she said.

Ms. Collins will be returning to the East End on Sunday, August 25 (without Mr. Stills), to perform a solo show at the Westhampton Beach Performing Arts Center. At the age of 80, she’s still keeping a busy performance schedule and says she will be offering up her old hits as well as a good deal of new material on Sunday.

“I do my show, which is the classics and at least one of the hits, plus my newest song ‘Dreamers’ about immigration,” she explained. “It’s the essential problem facing us and it’s the hot issue. The thing that’s driving it is climate change in many countries. It’s an interesting concept of the two things happening at the same time.”

Ms. Collins explained that she wrote “Dreamers” a couple years ago and sang it at every one of the shows she performed with Mr. Stills.

“It is received with astonishing demonstrations of support and of course it touches people’s consciousness,” she said. “What will they do?”

The question of music inspiring activism and driving people to take action is not a foreign concept for Ms. Collins. In 1969 while she was hanging out in Sag Harbor with CSN, who were just getting their start as a band, her own career was already flourishing. Ms. Collins had firmly established her reputation as a folk artist in the Greenwich Village clubs of New York City in the late 1950s.

“I was already on the scene and had been on it. I was one of the artists who played on Elektra’s bills,” she said, referring to the record label she was with for decades. “I had had eight years touring with Elektra. In 1959, I started going out on the road. I was cemented in what was happening.”

In those early days, Bob Dylan still went by the name Zimmerman and Ms. Collins had yet to meet Leonard Cohen, the poet and songwriter whose works she would eventually record.

Ms. Collins met Mr. Stills when she traveled to California in 1967 and 1968 to record, and though she was not part of the Laurel Canyon crowd that included Joni Mitchell and the members of CSN, they were part of the same socially inspired music scene and that’s when she began her relationship with Mr. Stills.

“What made it so interesting, and I think what drove us together, is that musically, it was a socially and politically difficult time,” she said. “It was like when all the writers went to France to write, there was an underlying tide of social activism with musicality. It was a consciousness, like with the Algerians in France and the Vietnamese with Americans. The music was part of the scene, and it drew us together.”

“The upheaval had to do with finding out that anyone in control of the government was lying to us,” she said. “That and the war, the musicality and the romance came together.”

While it would be nice to say times have changed and the need for the type of social activism inspired by the music of the 1960s is behind us, Ms. Collins still sees a lot of work ahead for performers like her.

“That’s what we do on the planet. History doesn’t repeat but it rhymes. We should not be surprised we should have to put the fire out again. This is our fight, it’s always been our fight,” she said. “If you’re courageous, lucky and stay alive, and you have the verve to practice every day, you go out and keep going out.

“After 60 years, I’m happier, writing more, and creating more excitement than ever in my musical life … When they don’t want you they won’t call you.”