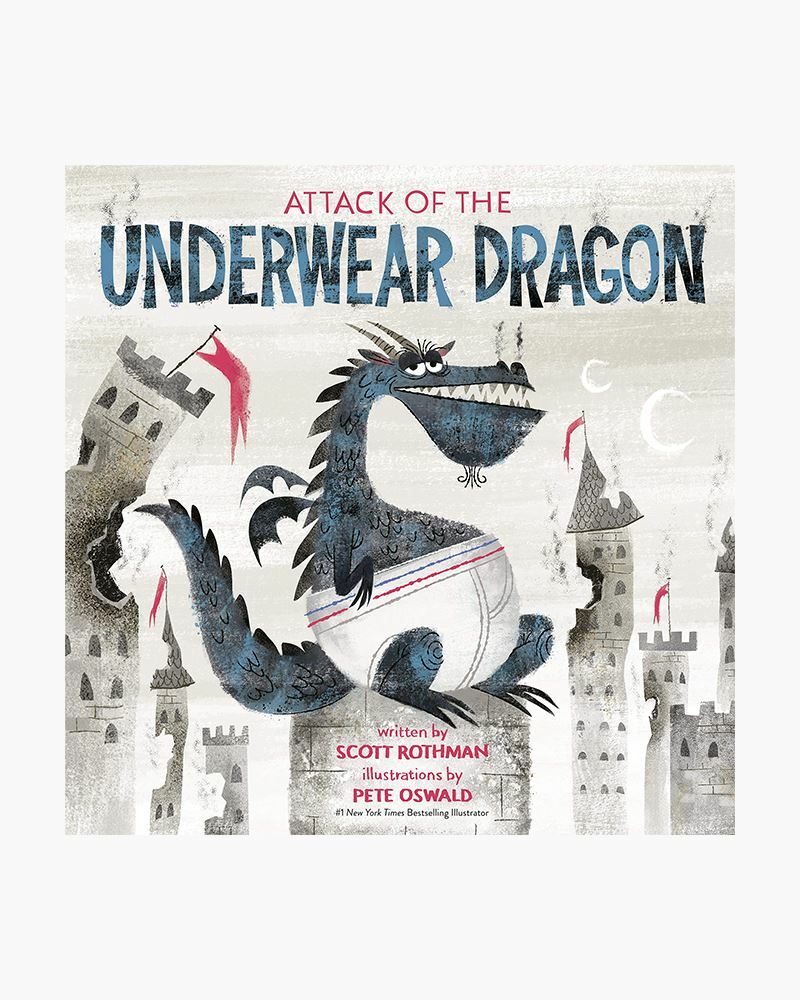 Scott Rothman will read his book “Attack of the Underwear Dragon” on May 8.

The seventh offering in Bay Street Theater’s “Story Time,” a series of eight children’s books read aloud on Zoom by the authors themselves, will feature Scott Rothman reading “Attack of the Underwear Dragon” on Saturday, May 8.

Rothman’s debut picture book, with drawings by New York Times best-selling illustrator Pete Oswald, was published in October 2020. His two other picture books, “Parfait, Not Parfait” and “Mako & Tiger” will be released later this year. Rothman is a screenwriter who has sold screenplays to Warner Brothers, Paramount, Sony and New Line Cinema. A script he co-wrote, “Draft Day,” topped the 2012 Black List before its acquisition and subsequent production by Lionsgate/Summit as a feature film directed by Ivan Reitman and starring Kevin Costner. In addition, Rothman co-wrote the script for the comedy “Army of One,” starring Nicolas Cage and directed by Larry Charles. His humor writing has appeared in various publications including The New Yorker, GQ, Grantland and McSweeney’s.

The final offering in the story time series will feature Julie Andrews and her daughter, Emma Walton Hamilton, reading “Simeon’s Gift” on Saturday, May 15.

Parents are encouraged to purchase the books in advance so their child can read along with the authors. The series is designed for kids ages 3 to 8 and following each reading, authors will be available for a question-and-answer session. Tickets for “Story Time” are $15 at baystreet.org or by calling 631-725-9500.

Halsey McKay Gallery in East Hampton presents “HSRQ,” Ann Pibal’s first solo exhibition with the gallery. Seven new paintings make up the show and continue Pibal’s exploration of light as a thematic subject and material for painting. With a power that belies their modest scale, Pibal’s paintings, all made during lockdown, capitalize on the varying visual speeds of high-, mid-, or lo-Chroma color, subtle elaborations of brushstroke, and passages of matte, iridescent and glossy swaths of pigment. Her naturalistic sensibility marks light’s implicit demarcation of time while referencing several specific points of departure: books, portraits and landscapes. Pibal was born ... by Staff Writer