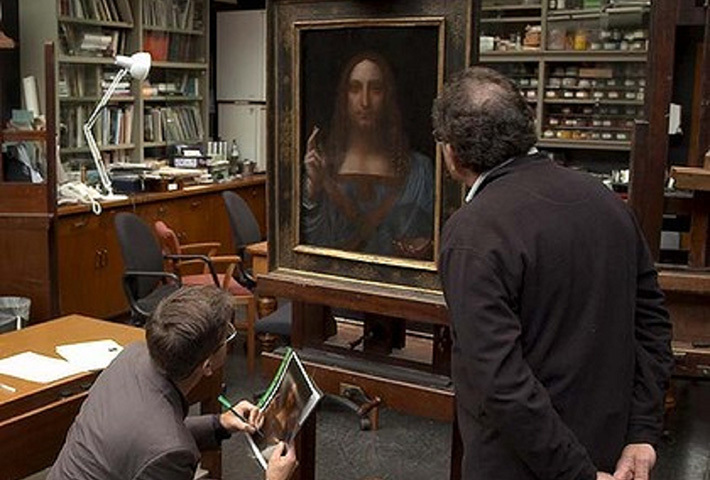 A still from Andreas Koefoed's film, showing at Guild Hall this Saturday. 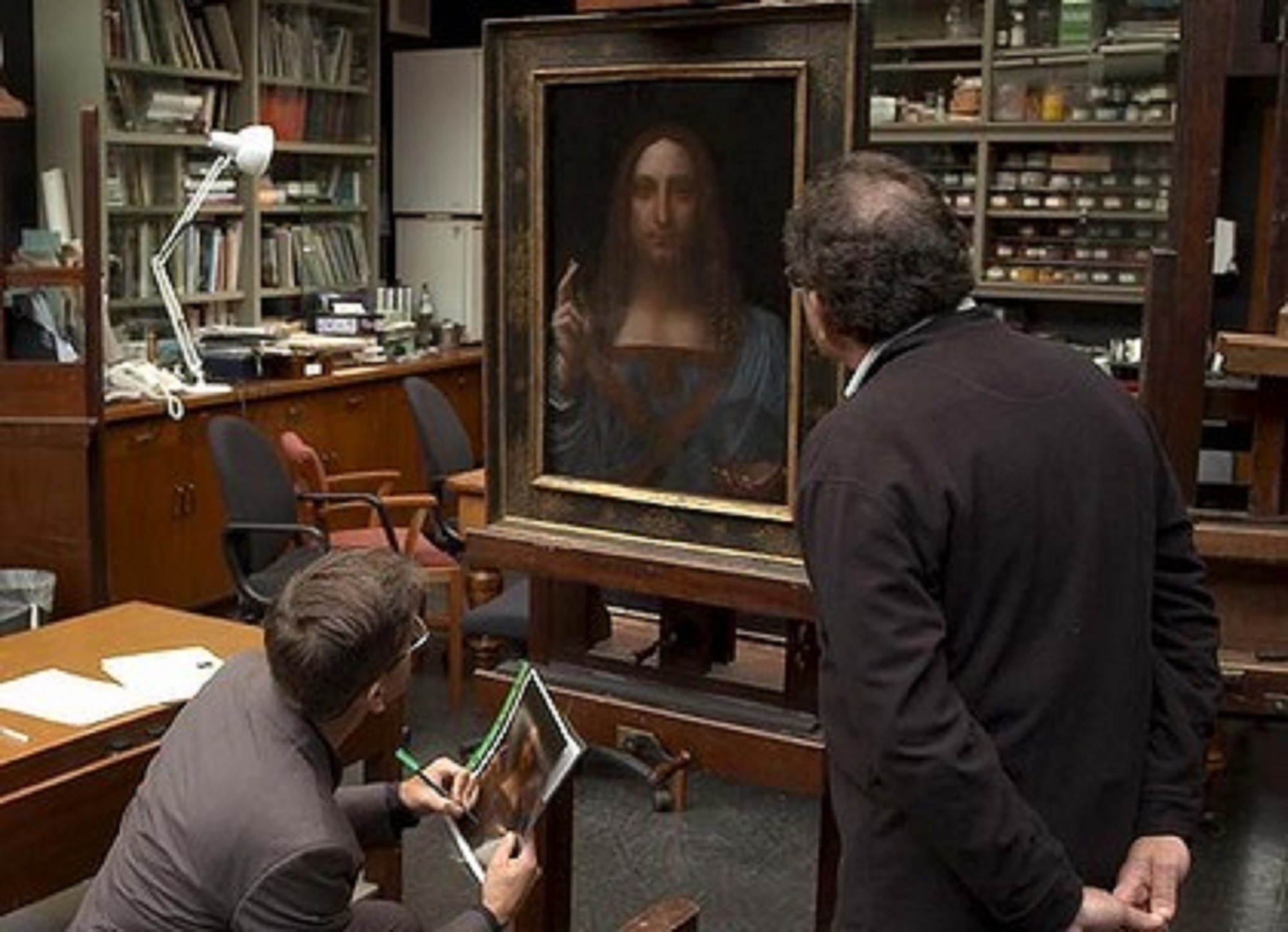 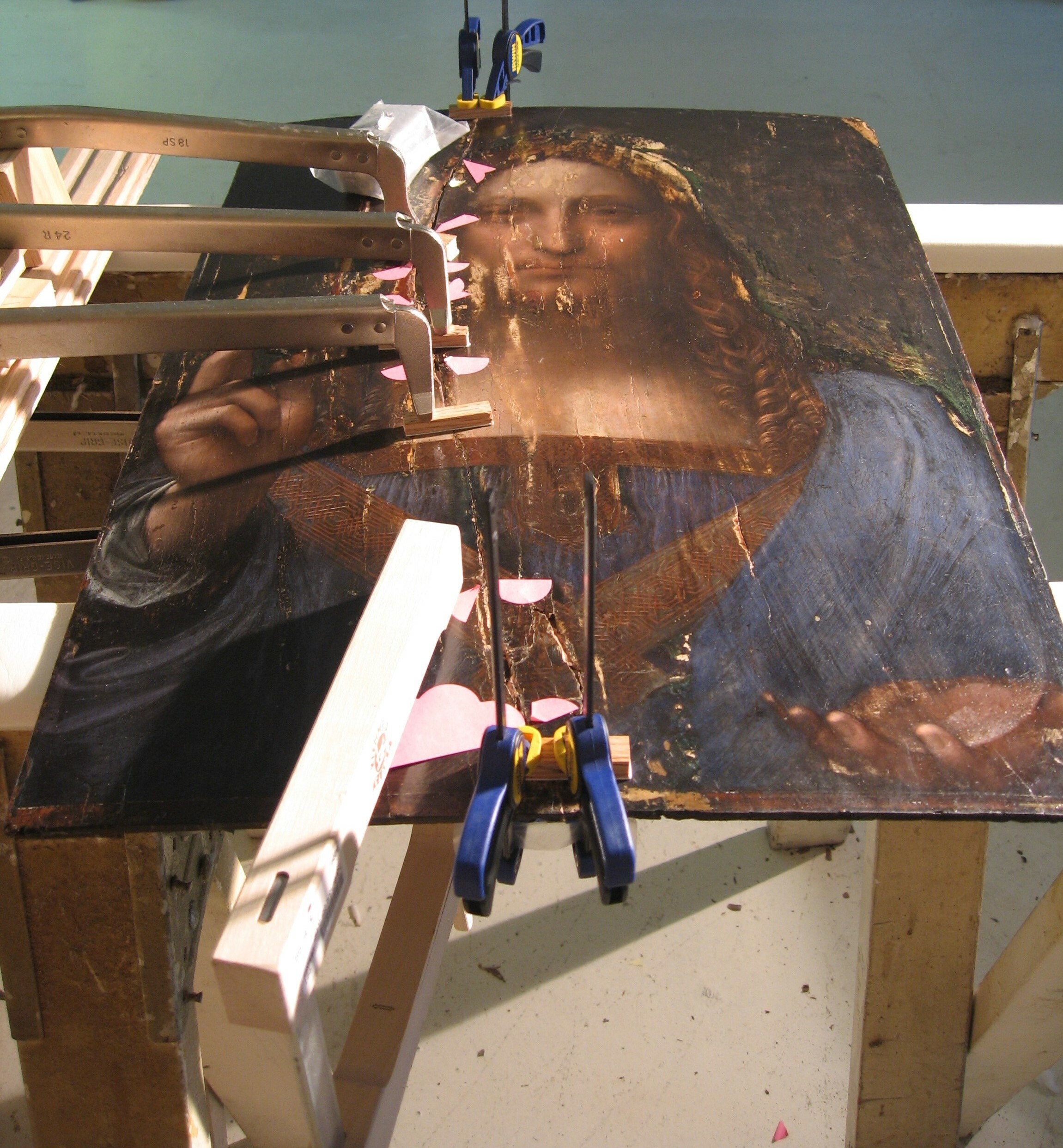 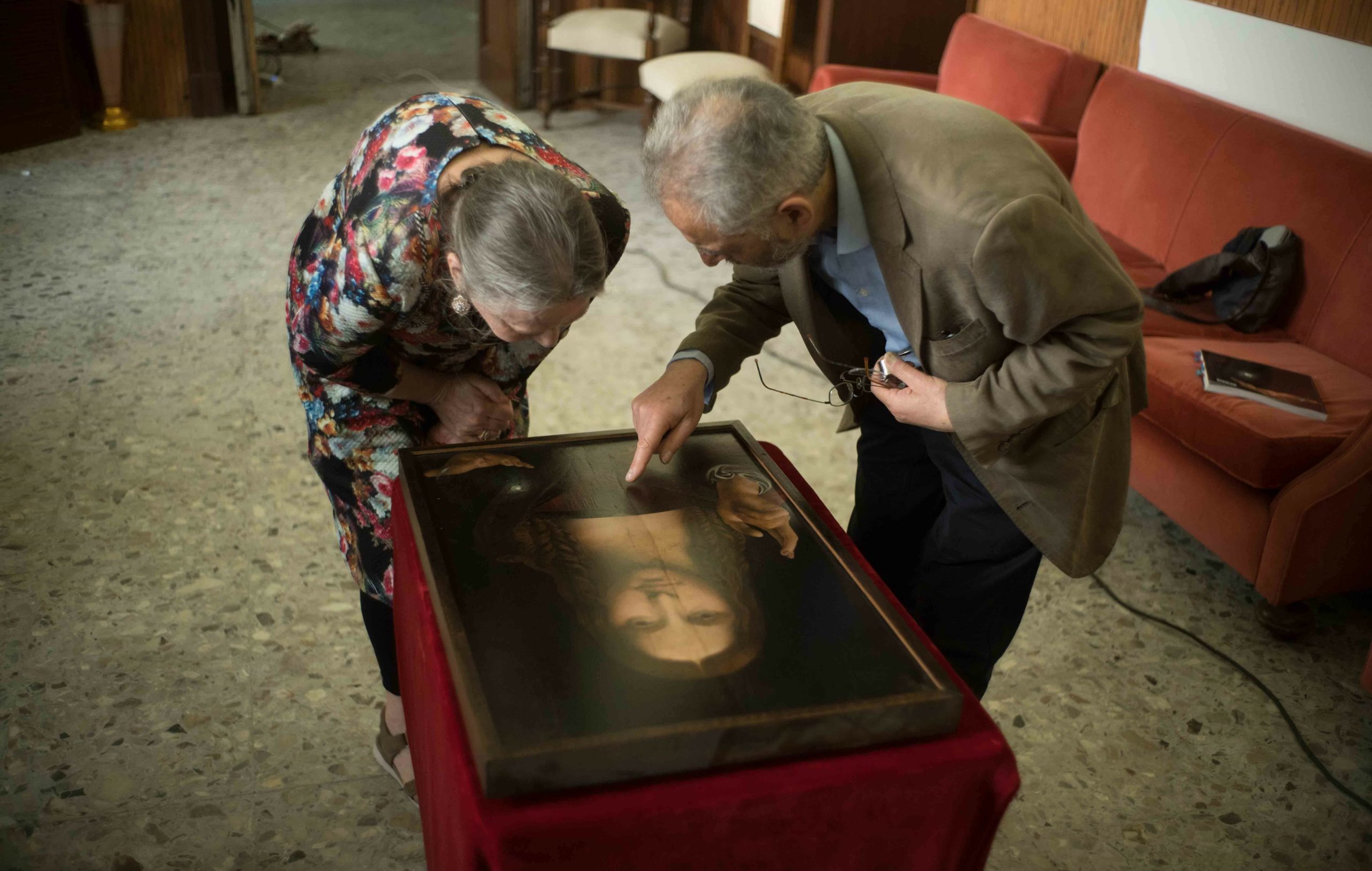 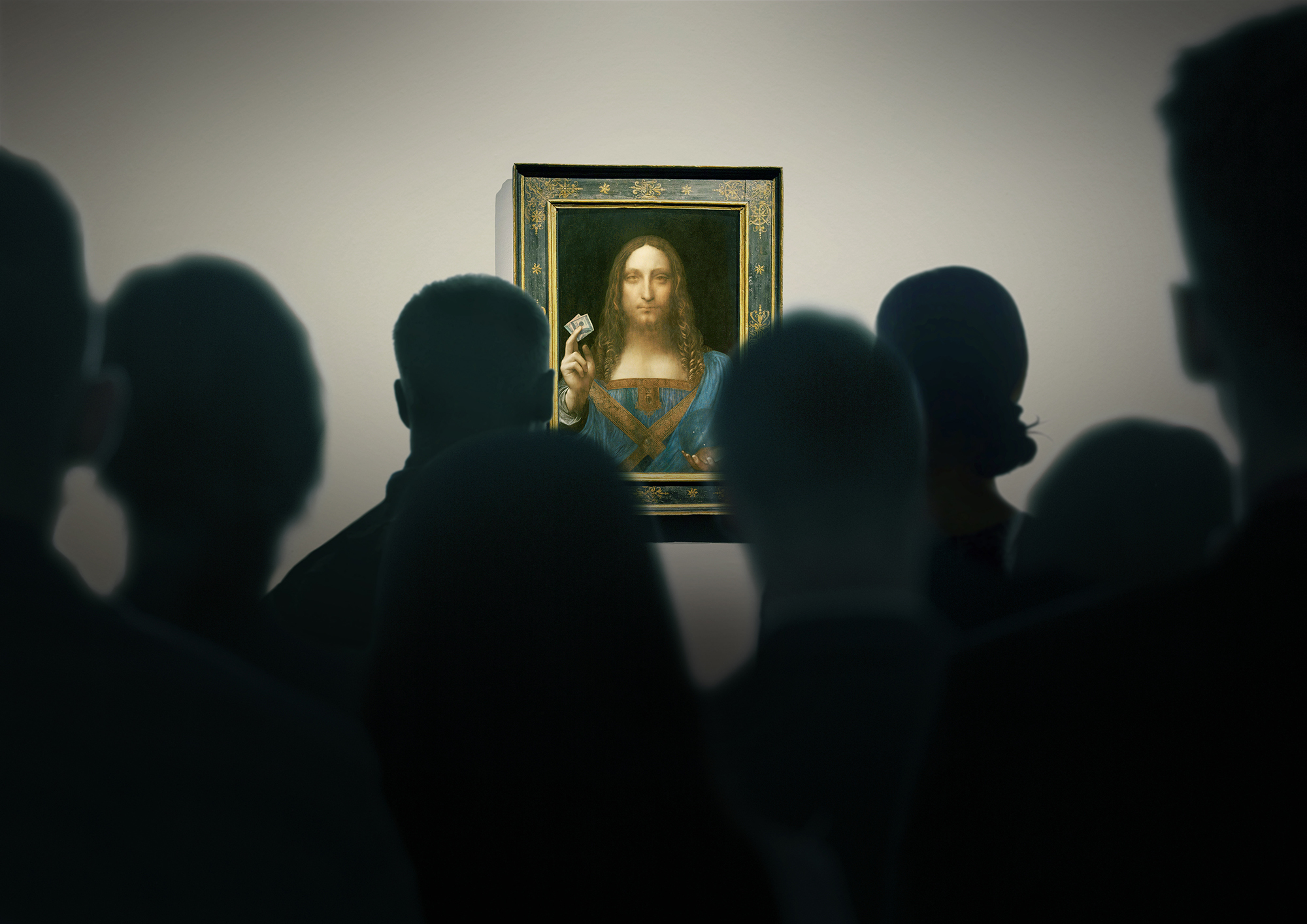 I think this is a promo image not an actual photo so not sure what to write here Copyright THE LOST LEONARDO. c/o Sony Pictures Classics

A damaged painting of Christ goes to auction and is sold for just over $1,000. A few years later, after a restoration, examination by experts, and a blockbuster exhibition, the painting sells for $450 million, making it the most expensive painting ever sold. The story of that painting, the “Salvator Mundi,” painted by Leonardo da Vinci (although some dispute its provenance), is told in “The Lost Leonardo,” screening as part of HamptonsFilm’s SummerDocs series at Guild Hall on Saturday, July 24.

The film, which is mostly told through interviews with curators, art experts and the individuals who have been involved with the “Salvator Mundi,” isn’t just about the journey of the painting and the controversy it inspired. It unravels the important role money, and lots of it, plays in the world of art; it examines how powerful people and nations use cultural objects like da Vinci’s painting as investments and even geopolitical tools; and it showcases how important the painting became to people and the emotional investment that took place alongside the financial one.

Andreas Koefoed, the film’s director, and a team of researchers, writers, and producers made the film over three years, with a two-year research period before shooting started.

“It’s the personal relation between the main characters and the painting that is in the center. We tell the story of the painting, but through the people who were close to it and especially with the restorer, Dianne Modestini,” Koefoed said in a recent phone interview. “That was crucial. I think it adds a kind of psychological and an emotional layer to the story that she has such a special relation to the painting.”

Koefoed explained that weaving together so many different perspectives and narratives in the story was difficult, especially with such vested interests and high stakes involved.

“I think that was actually our biggest challenge because there were so many interesting leads. We also had some people that were more into conspiracy theory,” Koefoed said. “We had to skip that along the way, because we needed to have a focus in the film and we found out that we needed to stay close to the painting all the way through.”

As an illustration of the many various leads, Koefoed mentioned a side story involving Swiss businessman Yves Bouvier who owned the painting before selling it to Russian businessman Dmitry Rybolovlev.

“If we suddenly decided to go deeper into one of the side stories, then we would lose the narrative spine of the film and the film will become a different film,” Koefoed explained. “It was a big challenge to find out, how much do we need to know in order to tell this part of the story? How little can we actually tell and still tell it in an exciting way? There is so much more to tell actually. We’re just scratching the surface, but they’re the right scratches, so to say.”

Because the painting is quite controversial, many of the important players within the story — the National Gallery, the Louvre, Christie’s, the Culture Ministry of Saudi Arabia — actually refused to speak to the filmmakers. The “Salvator Mundi” has become sort of a spectacle itself, with questions of authenticity, contentious relationships, and geopolitical maneuvering all involved. For those who did decide to speak with Koefoed and his team, the history of the painting is teased out across interviews.

“Normally, I actually don’t do films with interviews, but with this it was an obvious choice,” Koefoed said. “So much had already happened when we started [that] we needed to get people to tell the story in a verbal way. We tried to make interviews that were inspired by Renaissance paintings with some natural light and a symmetric composition.”

“We had the ambition of living up to Leonardo da Vinci in our visual approach of course knowing that that was impossible. He has been known for — that’s what art historians say about Leonardo da Vinci — that he is really good at both showing the inner life of his characters that he portrayed and the action that they do. Besides the ‘Salvator Mundi,’ all of his characters are always somehow turning or moving in the painting,” he explained. “At the same time, they are showing a part of their inner life, of their psychology. I felt that that was an interesting inspiration for this as well: we are not just showing what people do, but we are also showing their inner lives and their feelings and their thoughts behind what they say. That was the ambition with the interviews, to get behind the mask or the surface.”

After the screening of the film, a Q&A with producer Cristoph Jörg and Evan Beard, an art world banker interviewed in the film, will be led by HamptonsFilm Co-Chairman Alec Baldwin and HamptonsFilm Artistic Director David Nugent.

“I hope that the film will engage the audience and make them become the detectives, and make them make up their own mind about the painting and about the whole story and reflect on their own relation to art and how art is being used in the world today,” Koefoed said.

“The Lost Leonardo” will be screened at Guild Hall, 158 Main Street, East Hampton, at 8 p.m. on Saturday, July 24. Tickets are $40. For more information and tickets, visit guildhall.org. The film’s theatrical release, in New York City and Los Angeles, is August 13.