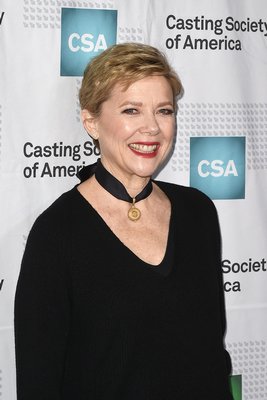 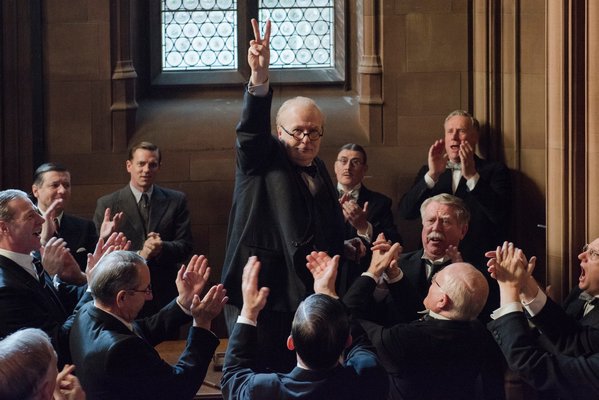 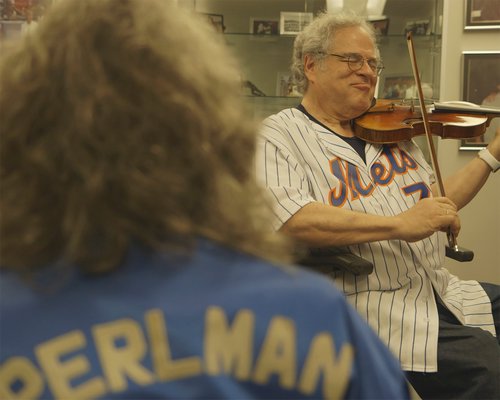 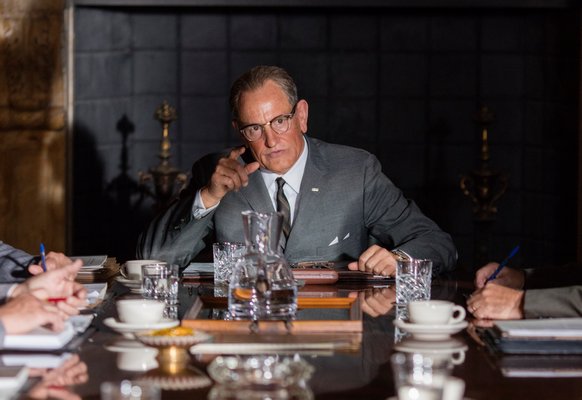 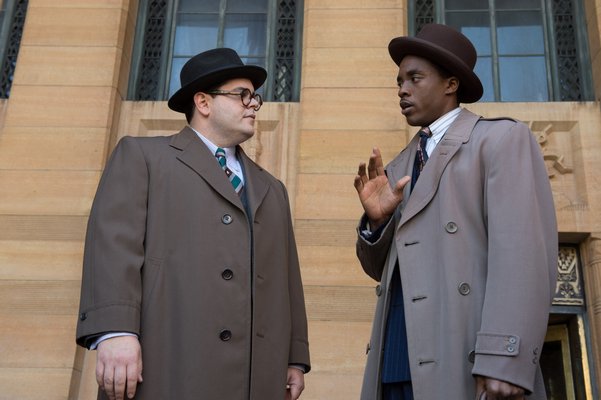 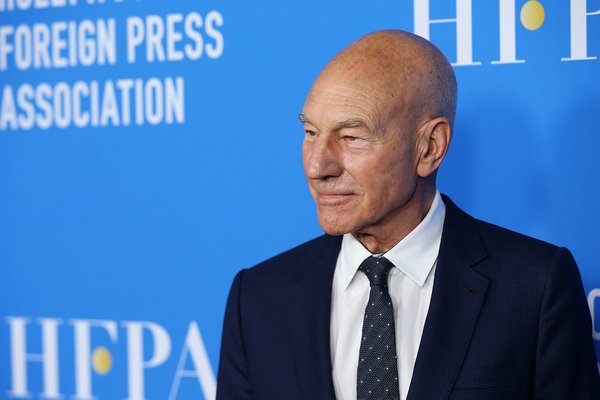 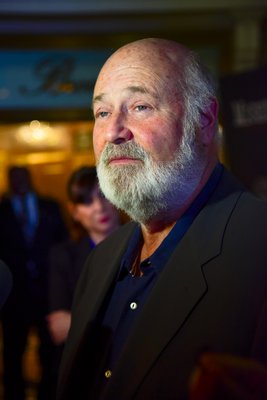 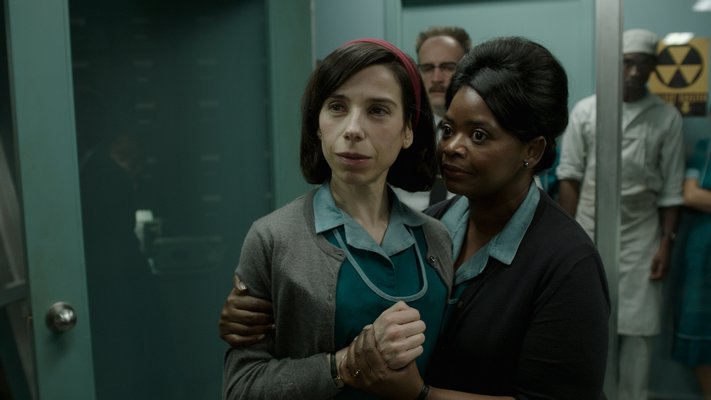 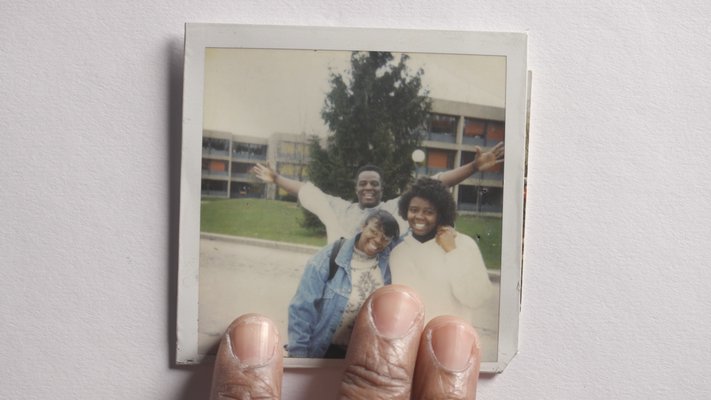 One of cinema’s most compelling functions as an art form, beyond the scope of entertainment, is reflection and transformation. We enter a theater feeling one way and—a tub of popcorn later—emerge enlightened, heartbroken, scared out of our wits, and occasionally, so moved by the visual experience, it stays with us for a lifetime. At the 25th annual Hamptons International Film Festival, from Thursday, October 5, through Monday, October 9, many of the film selections reflect historical events and yield new perspectives on influential figures and moments that have transformed the nation and the world.The festival’s opening night film, “Itzhak,” directed by Alison Chernick and co-produced with PBS’s “American Masters,” examines the life and creative expression of violin virtuoso Itzhak Perlman. “Mr. Perlman has had a close relationship with the local community on the East End over the years,” HIFF Artistic Director David Nugent said. “Mr. Perlman’s wife, Toby, created the Perlman Music Program on Shelter Island in 1995 for gifted young musicians, and the film brings to light Mr. Perlman’s discipline as a musician; his family, personal struggles, and passion for music.”

One of the most compelling children’s animated figures of all time, Winnie the Pooh—the adorable bear in a red shirt with his insatiable love of honey—is at the heart of the festival’s Centerpiece films. “Goodbye Christopher Robin” tells the story of how Pooh, created by successful English author and playwright A.A. Milne, came into being through the vivid imagination of his son, Christopher, and his collection of stuffed toys, before winning the hearts and minds of children of all ages in post-war England. Simon Curtis, the husband of “Downton Abbey” star, Elizabeth McGovern, directs.

Guillermo del Toro’s “The Shape of Water”—from HIFF’s Spotlight series and winner of the Venice Golden Lion Award—invites viewers into the director’s unique cinematic world, blending fantasy with a splash of contemporary social significance and nuance. “Del Toro is a visionary director, and this is just a magnificent film,” Mr. Nugent said. “He makes films like nobody else. We’ve screened his films in the past at the festival, and we like to celebrate storytellers like del Toro. ‘The Shape of Water,’ is a love story, but also a story about accepting others despite their differences, which is a worthy lesson these days.”

“Darkest Hour,” another Spotlight film, starring Gary Oldman is a behind-the-scenes look at one of the most charismatic figures during the Second World War, Winston Churchill. In the spirit of another wartime film released this year—the true story “Dunkirk” about ordinary British citizens who crossed the English Channel in fishing and leisure boats to save the lives of thousands of stranded British soldiers in northern France—“Darkest Hour” documents lesser known pivotal moments in Churchill’s rise to become prime minister, and his mind-wrenching will and steadfast decisions he made during the war. While other well-known actors have taken on the role of Churchill in recent years, this might be Mr. Oldman’s finest hour.

“Marshall” examines the early days of Thurgood Marshall, before he became the first African-American Supreme Court justice. The film centers on Marshall as a young lawyer, played by Chadwick Boseman, and the trial of an African-American chauffeur, played by Sterling K. Brown from the NBC drama “This is Us,” who is unfairly charged with sexual assault by his white employer, played by Kate Hudson. With an electrifying performance by Mr. Boseman, the film illuminates Marshall as a rising legal firebrand, years before taking on the landmark case of Brown v. Board of Education.

Rounding out the Spotlight category is “LBJ,” directed by Rob Reiner, of “Spinal Tap,” “A Few Good Men” and “When Harry Met Sally” fame. “LBJ” spans the rise of the 36th U.S. president, Lyndon Baines Johnson, played by Woody Harrelson in heavy make-up, including his time as vice president during the Kennedy administration, and the tumultuous times after John F. Kennedy’s assassination. The film reveals Johnson’s bombastic personality as he weaves a fine balance of staying true to Kennedy’s civil rights agenda, navigating the quagmire of the Vietnam War, and his unrelenting determination to forge his own legacy as president.

“This series has been such a success for us for the past 25 years,” HIFF Executive Director Anne Chaisson said. “The first year we had Martin Scorsese and Steven Spielberg, and this year we’ve got an incredible line-up—Rob Reiner, Annette Benning and Patrick Stewart—and to top it all off our Lifetime Achievement Award will honor Julie Andrews, with a screening of ‘Victor Victoria’ and a conversation with Ms. Andrews and HIFF’s co-chair Alec Baldwin, to follow.”

The Views from Long Island section will present two films that were made on the East End, including the world premiere of the documentary “Killer Bees,” about the Bridgehampton boys’ basketball team, produced by famed NBA basketball star Shaquille O’Neal. The film, from brothers/directors Benjamin and Orson Cummings, follows the young basketball players on the court and off as they prepare for their quest to defend the coveted state championship.

“Wanderland” is a quirky film that was shot mostly on the South Fork. “This film is a lot of fun with many, many recognizable locals in it,” Ms. Chaisson said. “It’s about a guy who comes to the Hamptons for the first time, goes to the beach and when his phone loses power he is completely lost and can’t find his rental house. The film works on so many familiar levels about lost day trippers and pokes fun in a lighthearted way that many of us can appreciate.”

Closing out HIFF this year is “I, Tonya,” about figure skater Tonya Harding and the events that led to the 1994 attack on rival skater Nancy Kerrigan.

“This will be the film’s first screening here in the States.” Mr. Nugent said. “It’s a smart, probing film, which is in a lot of ways is funny; almost Keystone Cop like, in the way the crime was committed and the comedic bumbling of the cast of characters surrounding Tonya Harding, that were behind the plot to take Kerrigan out of competition.” Margot Robbie, who stars as Harding, will be in attendance for the screening.

“One of the things that has made the festival so unique over the years is that there is an intimacy—in large part due to the festival’s location, and time of year,” Ms. Chaisson said. “The films are accessible to everyone in the community. Twenty-five years ago we only had four screens, this year we have 13, utilizing various cinemas and venues in pretty much all of our villages. As in years past, I’m looking forward to people coming from near-and-far to celebrate the festival with us.”