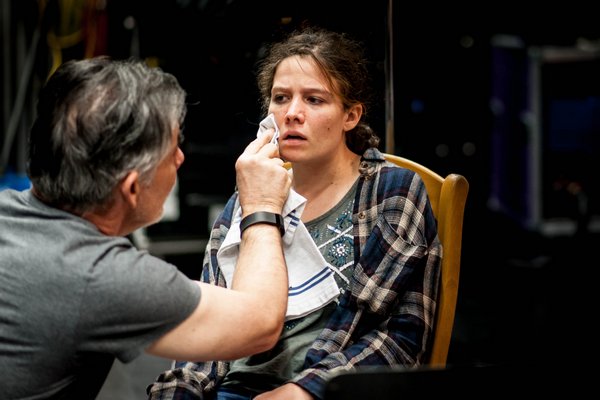 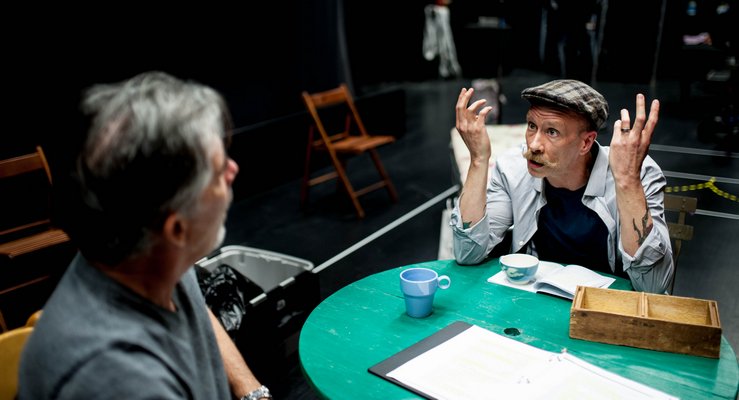 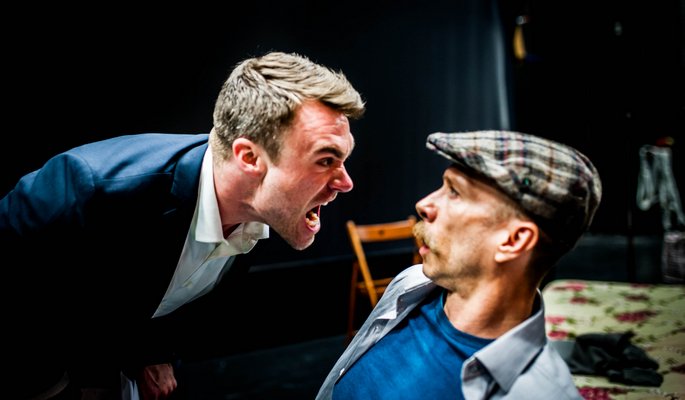 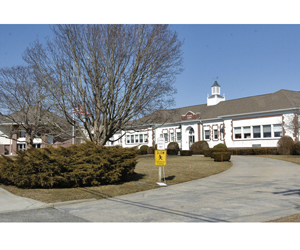 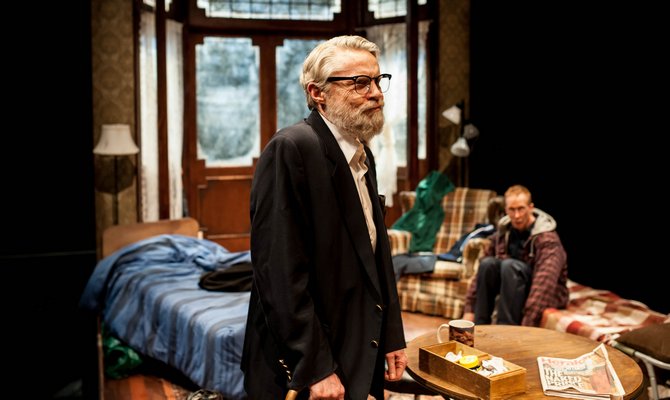 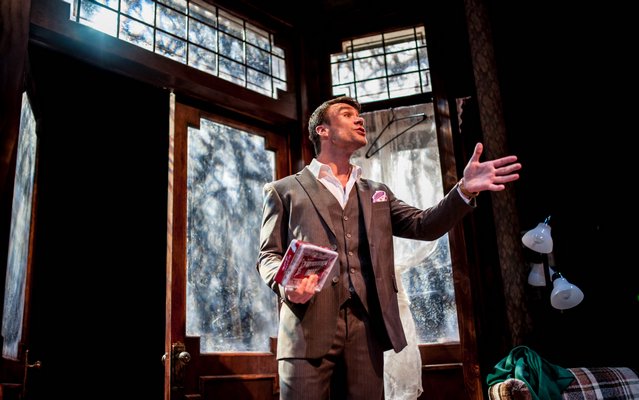 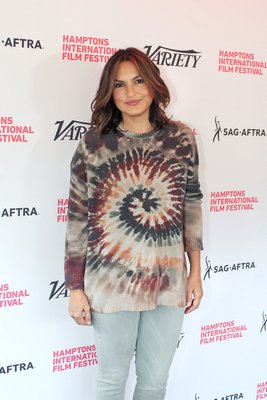 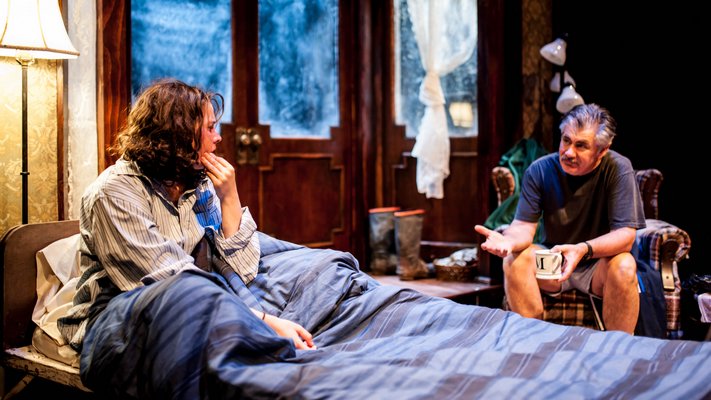 Electric writing fuses with high-voltage acting in Stephen Hamilton’s production of “The Night Alive” at the John Drew Theater at Guild Hall in East Hampton.

Pathos and comedy, the touchstones of the imperfect human condition, smartly bang up against each other in playwright Conor McPherson’s intense examination of the ordinary but chaotic lives of people living at the opposite end of the top 1 percent.

The story takes place over a couple of weeks in a single room in current-day Dublin, where middle-aged Tommy is grubbing out a life doing odd jobs and providing employment and a bed for his dimwitted friend, Doc.

Tommy, separated from his wife and loosely trying to stay in touch with his kids, is living under the grudging graces of his uncle, Maurice, who’s been watching over Tommy much of his life. Mr. McPherson is saying we all have guardian angels, even if in real life they hide their halos and haggle over stolen turnips from the garden.

Tommy’s room is a swell study of the chaos that comes from cramming a life in a single small space—plastic bags full of stuff, overflowing crates, unmade beds, James Bond and cowboy paperbacks, miscellaneous detritus, an electric water heater, the inevitable music equipment, and boxes of biscuits—dog biscuits, that is. Ann Beyersdorfer has designed the kind of room you don’t want to go knocking around in the dark, but in the absolute blackness of scene changes, the actors miraculously do, soundlessly.

Life might have continued with the humdrum havoc of near poverty if Tommy had not gone out for chips—French fries to us—and walked smack into a man-versus-woman brawl in the street. Mr. McPherson reminds us how life can pivot 180 degrees in a single interaction when Tommy intervenes and brings home Aimee, bloody nose and all. Thus begins our story.

It turns on Aimee’s less-than-saintly life, her poor choice of a boyfriend—or pimp?—and the volatile interaction of all the characters, each with their own flaws and virtues.

Maurice, who might have just been the crotchety kin and landlord upstairs, has his own cross to bear. His wife died after slipping on ice. He wasn’t holding on to her because they’d been fighting, and he wasn’t speaking to her. Can he ever set things right? Will he?

Into this pulsating mess of humanity, Mr. McPherson has spliced comedic lines. They will not only make you laugh, but catch your throat as they disperse bits of metaphysical meaning, which is what raises the drama to soaring heights.

No laughing here, but a reminder to grab happiness when it passes in front of you: Tommy notes, “You only get a few goes at life. You don’t get endless goes. Two, three goes maybe. When you hit the right groove you’ll click right in there… this is it.”

Recalling a boxing match he lost, Tommy says the winner came to see him after the fight—dressed in a suit. “…you don’t bring your suit to wear home unless you know you’re gonna win, you know what I mean? Outlook. That’s... It’s all about your outlook.”

But a play is only lines on paper without actors, and Mr. Hamilton has gathered an utterly superb cast in East Hampton. Kevin O’Rourke is Tommy—swaggering, sweaty, jocose and philosophical all at once as only the Irish are. At some point I whispered to my plus-one, “This is as good as Broadway.” Program notes later informed me Broadway is Mr. O’Rourke’s frequent stomping ground. In East Hampton, he is frickin’ fantastic.

J. Stephen Brantley, as Doc, is beside Mr. O’Rourke in spades. Doc is Tommy’s foil, five to 10 seconds behind the rest of the world in catching meaning—or, as he corrects, only five to seven seconds behind. Given the circumstances, that’s the kind of correction we know we all would want to make—even as we accept its absurdity. With innocence and aplomb, Mr. Brantley captures every nuanced tic of slow people who are incapable of being malicious.

Molly Carden as Aimee, Tuck Mulligan as Maurice, and Rob DiSario as the good-for-nothing boyfriend round out this superb ensemble. With Mr. Hamilton’s nimble direction they do credit to such an extraordinary piece of writing.

Before the end there will be fireworks, and with the seating on stage for 75 or so, the audience is further swept up into the intensity. The set is about 20 feet long and 10 feet wide, with three rows of banked seating front and rear. Intimate, it is.

At the end, Doc’s naivety allows him to bring philosophical meaning into this hoary muddle of lives just making do, but dancing along the way. After we die, Doc muses, perhaps existence is elevated to a better plane. But don’t think it will be easy getting there, Maurice reflects:

“There’s even days when Mass just takes you nowhere, just deposits you back on the pavement, just another invisible man, knowing that...the end is sneaking up on you and knowing it is going to be the worst part of your life.”

One usually doesn’t want to quote so much, yet one succumbs to prose so seductive. It leaves no doubt why “The Night Alive” won the 2013–14 New York Drama Critics’ Circle Award for Best Play.

Drop in some high-wire performances and “The Night Alive” becomes an extraordinary theatrical happening, which is exactly what is being served up at Guild Hall.