The Oldies Are Goodies For East End Audiences - 27 East 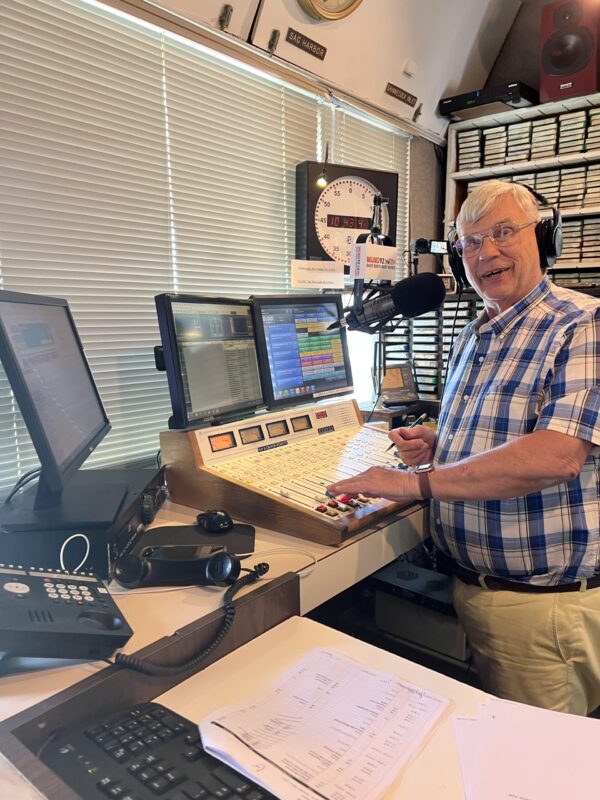 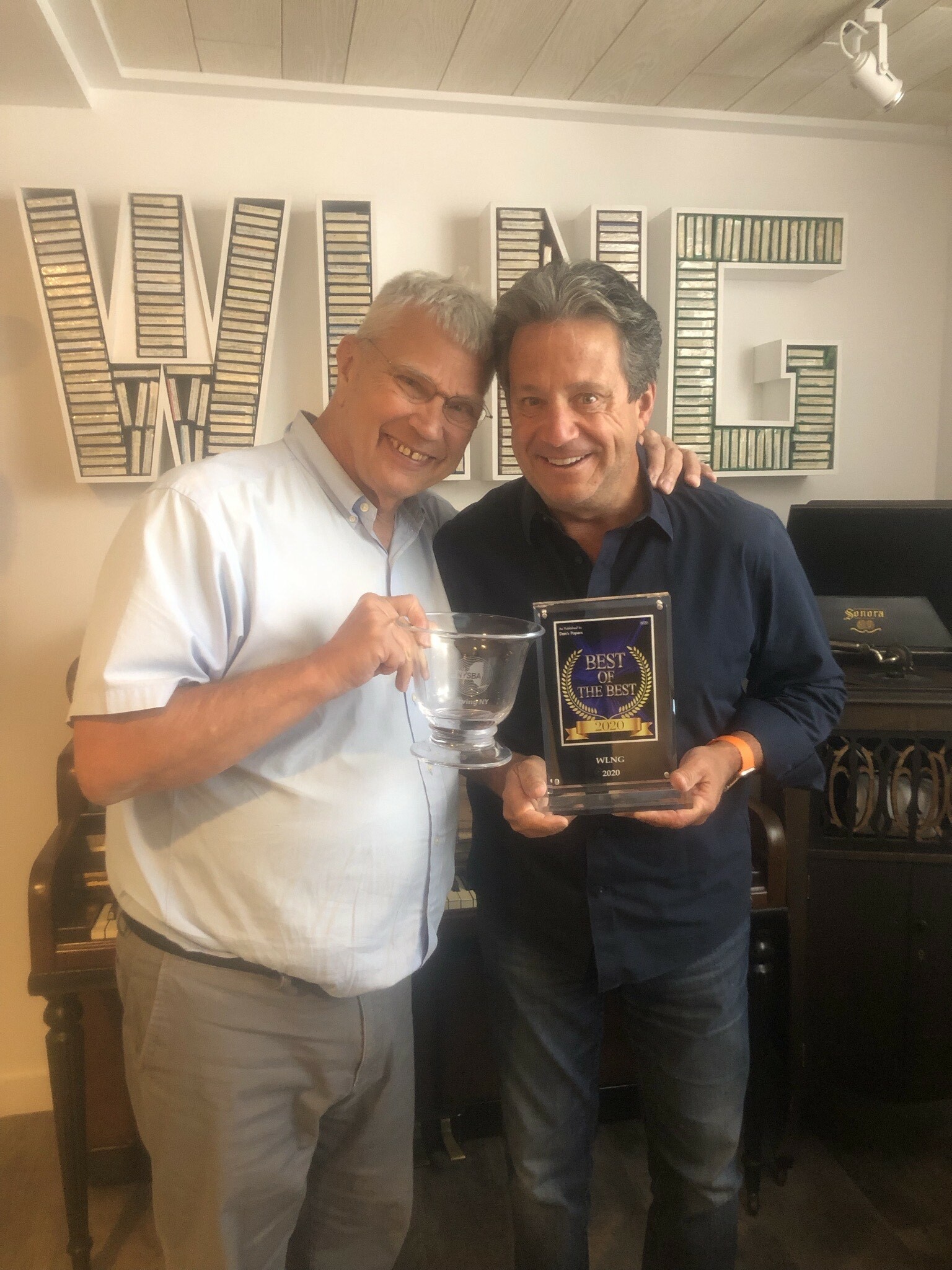 WLNG 92.1 FM deejay and general manager Gary Sapiane with Bill Evans, the station's owner, and a couple of their awards. COURTESY WLNG RADIO 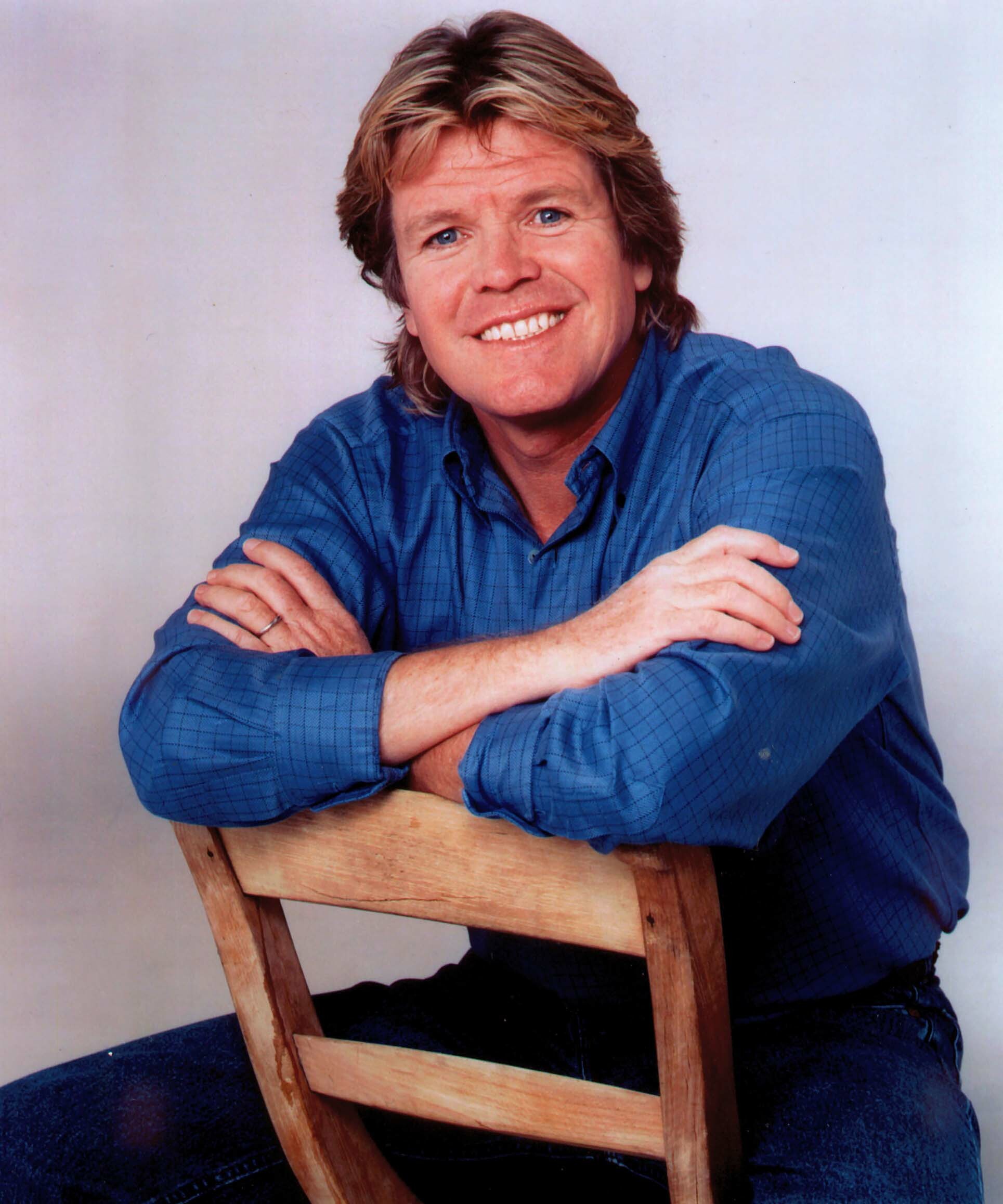 Peter Noone of Herman's Hermits packed the Suffolk Theater house when he played there in early April. COURTESY THE ARTIST 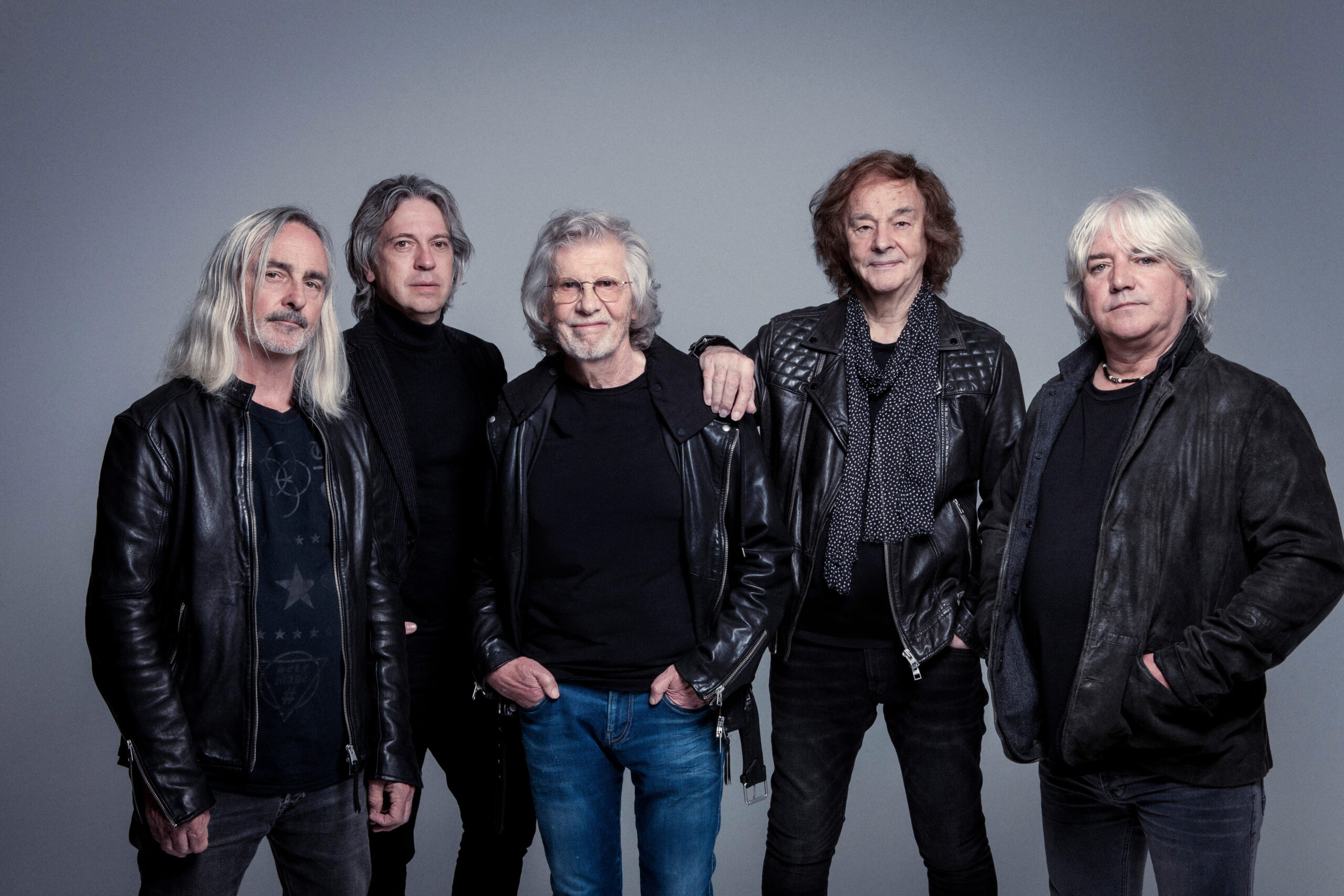 In late April, The Zombies had the crowd at Suffolk Theater singing along to '60s hits like "She’s Not There." COURTESY THE ARTISTS 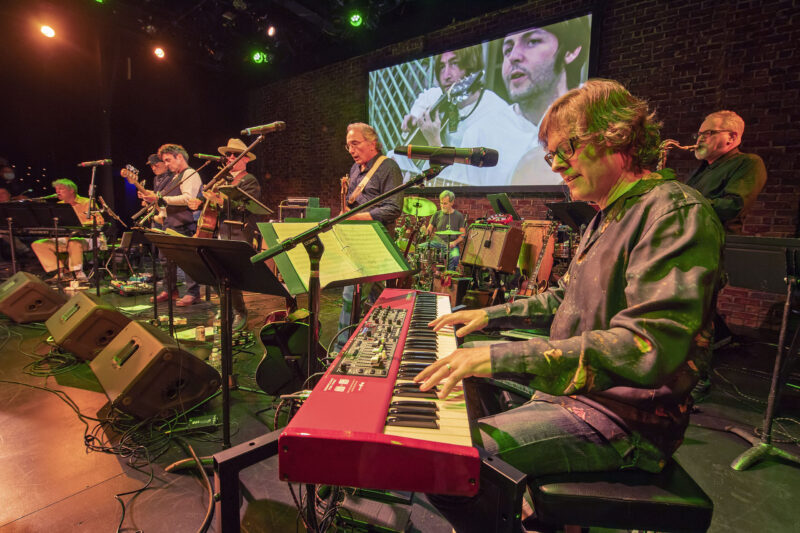 The Moondogs performing a Beatles show at Bay Street Theater in December. On June 18, The Moondogs will be at Suffolk Theater in Riverhead to pay tribute to Paul McCartney's 80th birthday. MICHAEL HELLER 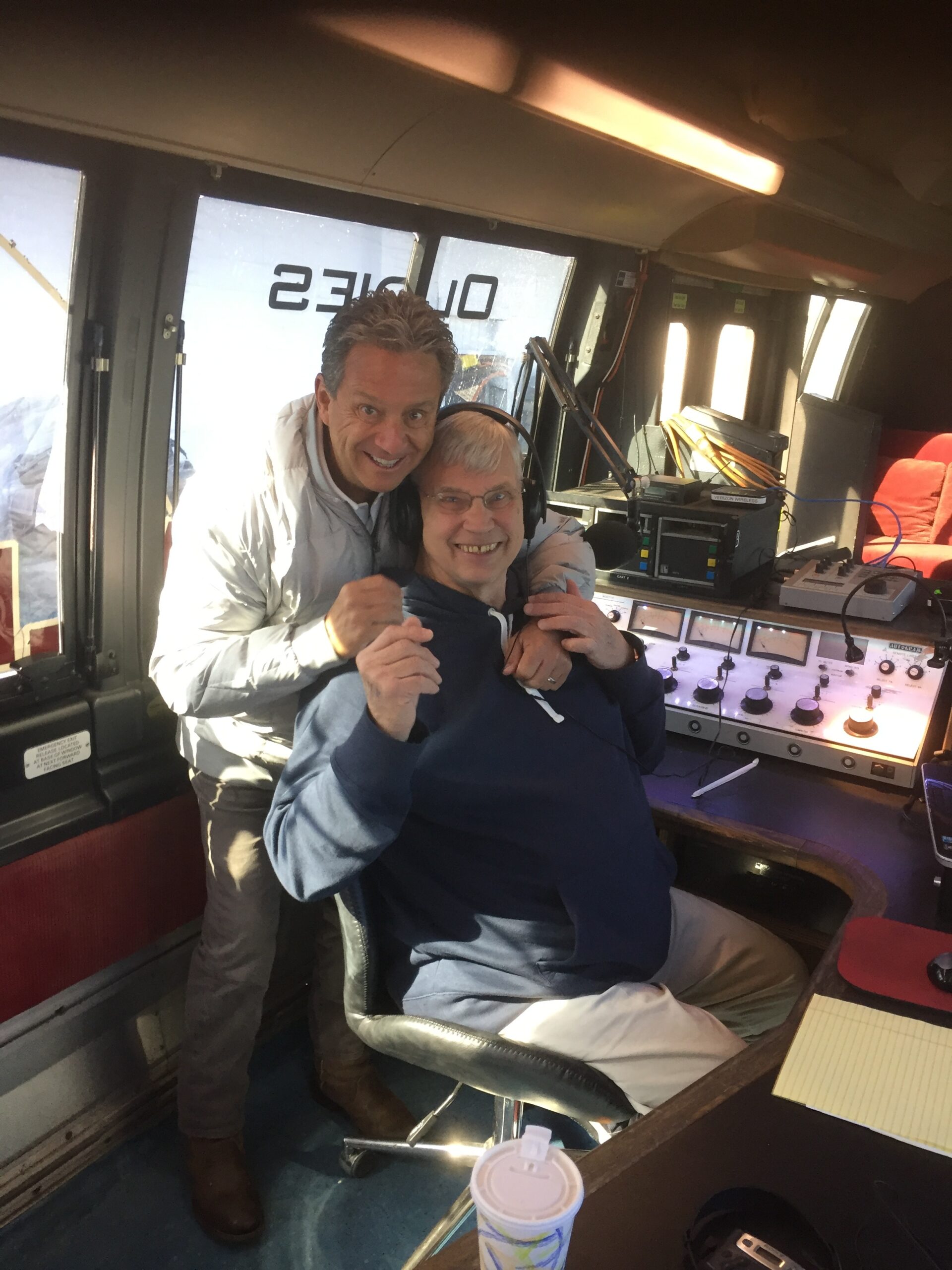 But there are still plenty of die-hard fans of the music of the 1950s and 1960s who have never forgotten that oldies era, and they still know the words to all the songs, as evidenced by the large turnouts packing the 700-seat Suffolk Theater these days.

In recent months, the theater has brought back many of the favorite oldies bands and singers, including Frankie Avalon, the Zombies, Herman’s Hermits, and John Lodge and the Moody Blues. After months of being closed during the pandemic, the Suffolk Theater reopened early last fall, and like other theaters around the country, was about 30 percent down in attendance, but has been working its way back up. Now the lights are on, the bar is hopping and the seats are filling up once again at this historic theater, located in the heart of Main Street in Riverhead.

And bringing back these favorite oldies shows has helped, according to Suffolk Theater’s new executive director, Gary Hygom.

“I think the ’50s kind of set the stage for the toddler years of rock and roll, which came into its own in the ’60s, and defined a generation,” he said. “To me, the ’60s was really the birth of rock and roll. It was about living and loving, about peace, and having a good time. There’s something magical about that decade — it was an age of creation, exploring new musical sounds and a more simplistic time.”

Hygom said one of the theater’s most popular shows to date was Herman’s Hermits starring singer/songwriter Peter Noone, who performed there for the first time on April 2. Among Noone’s hits are songs like “I’m into Something Good,” “There’s a Kind of Hush,” and “Mrs. Brown, You’ve Got a Lovely Daughter.” Even though he wrote many of these songs in the early 1960s, and made them famous during the British Invasion, they are still so popular that his Suffolk Theater show drew about 600 people.

When asked why he thought his and other 1960s music has endured so long, in a recent interview, Noone, 74, said he feels it’s because his music represents the real experiences of his generation.

“It was a period in time when young people’s parents dropped them off at the cinema,” Noone said. “They went on dates, went dancing to the twist, and met under the boardwalk and under the roof.

“It’s a live music adventure, and it hasn’t been replaced,” he added. “Nothing came along as fun and as real. It’s been replaced by robots — computer generated sound from electronics — they’re not using instruments anymore.”

Henry Uihlein, 72, of Amagansett, his wife, and some friends were among the fans who attend the Herman’s Hermits April show in Riverhead.

“These songs take you back to all the places you went and all your old girlfriends in grade school and high school,” he said. “I knew the words to every song, which were mostly love songs. It was a more simple and romantic time.”

When The Zombies performed at Suffolk Theater in late April, they also had their devotees in the house, cheering from the balcony to the front rows, when the band sang its hit songs, including “She’s Not There,” “Time of the Season,” and “I Love You.” And in February, Frankie Avalon, at 81 but looking 60, drew the crowd back to the fun and sun beach days with his sentimental love songs like “Venus” and “Why.”

In addition to live shows at Suffolk Theater, many East End fans of the genre know where they can go to find their favorite music locally — on WLNG 92.1 FM radio station in Sag Harbor, which started in 1963 in an effort to keep the oldies alive. Today the station has a devoted following of oldies fans from not just the East End, but around the world, who call in requests for their favorite songs.

Bill Evans, a former ABC meteorologist and radio announcer who took over the station in 2018 with his wife, Sandra Foschi, said the oldies songs are catchy and “never get boring — everyone can relate to them no matter what your age.”

Evans, the station’s program director and chief meteorologist, co-hosts “The Bill and Gary Show” at WLNG with general manager Gary Sapiane, who has been spinning the oldies for 47 years.

“Catchy songs are more fun and they bring us together,” Evans added. “When ‘I Feel Good’ by James Brown comes on, we all dance together at parties, weddings and gatherings because it’s one of those older songs everyone knows.”

He explained that originality is what makes the music of the era unique.

“Oldies songs have a truly distinctive style, beat and voice,” Evans said. “The older songs are more unprocessed and less edited, which produces a better style of music than the overproduced modern music we have today.”

One of WLNG’s biggest oldies fans is Manorville’s Yvonne Corrao, known as “Rock on Yvonne,” who is a self-proclaimed “Beatles expert.” She calls the station daily to request Beatles songs and to point out important dates in Beatles history.

“To me, the ’60s music was the best ever, and we have to keep the Beatles music alive,” said Corrao. “They’re an important part of our history that these young kids today need to know about. The Beatles music got me through a lot of tough times in my childhood, when things were hard. I saw each of the Beatles individually at their concerts after the Beatles years.”

Ron Pollaci, 78, a maître d’ at The American Hotel in Sag Harbor, was in the audience at the April Herman’s Hermits concert. He is a musician in his own right — a former singer who made two records under the name Ron Vincent that got out in the market in the 1960s.

“They were played by smaller stations around the country, but when the Beatles came here in 1964, they took over the markets,” he said. “But I still love the oldies, because there’s a melody, with a story.”

But it’s not just people of a certain generation who love the oldies. There are younger fans of the genre as well. Kris Ambrose, 42, is a music teacher at Hampton Bays Middle School and Middle Island School District who writes his own songs and enjoys the music of Elvis, the Turtles, Bob Dylan, and Creedence Clearwater Revival. His musical group, the Kris Ambrose Band, performed at Suffolk Theater as part of an autism event in 2015.

“I think the oldies music spans generations … a lot of young people love it, because they grew up with Baby Boomer parents, who played it in the house,” he said. “There’s a beauty in it, because people still had hope that you could change the world for the better. I think we need to get back to that.”