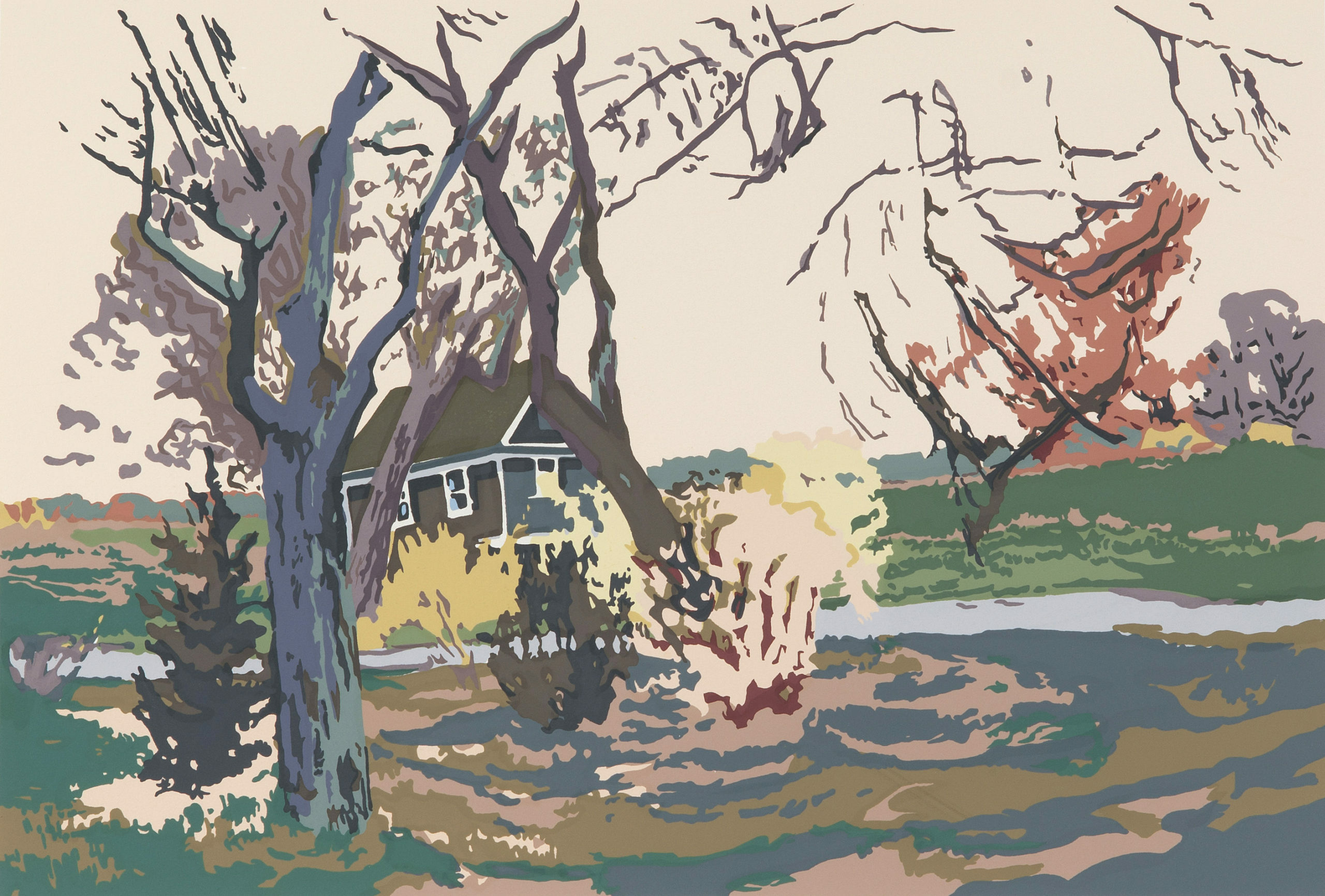 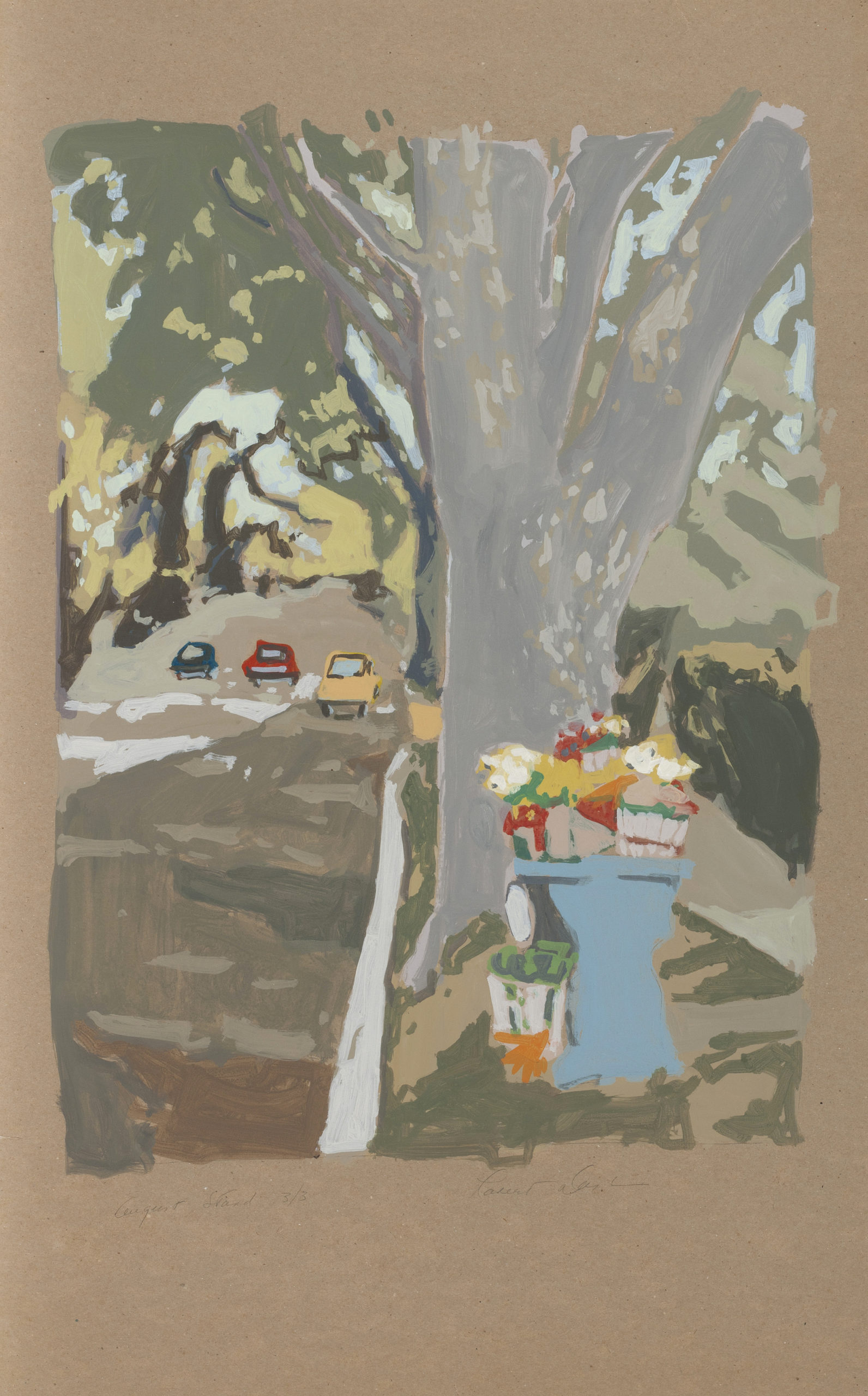 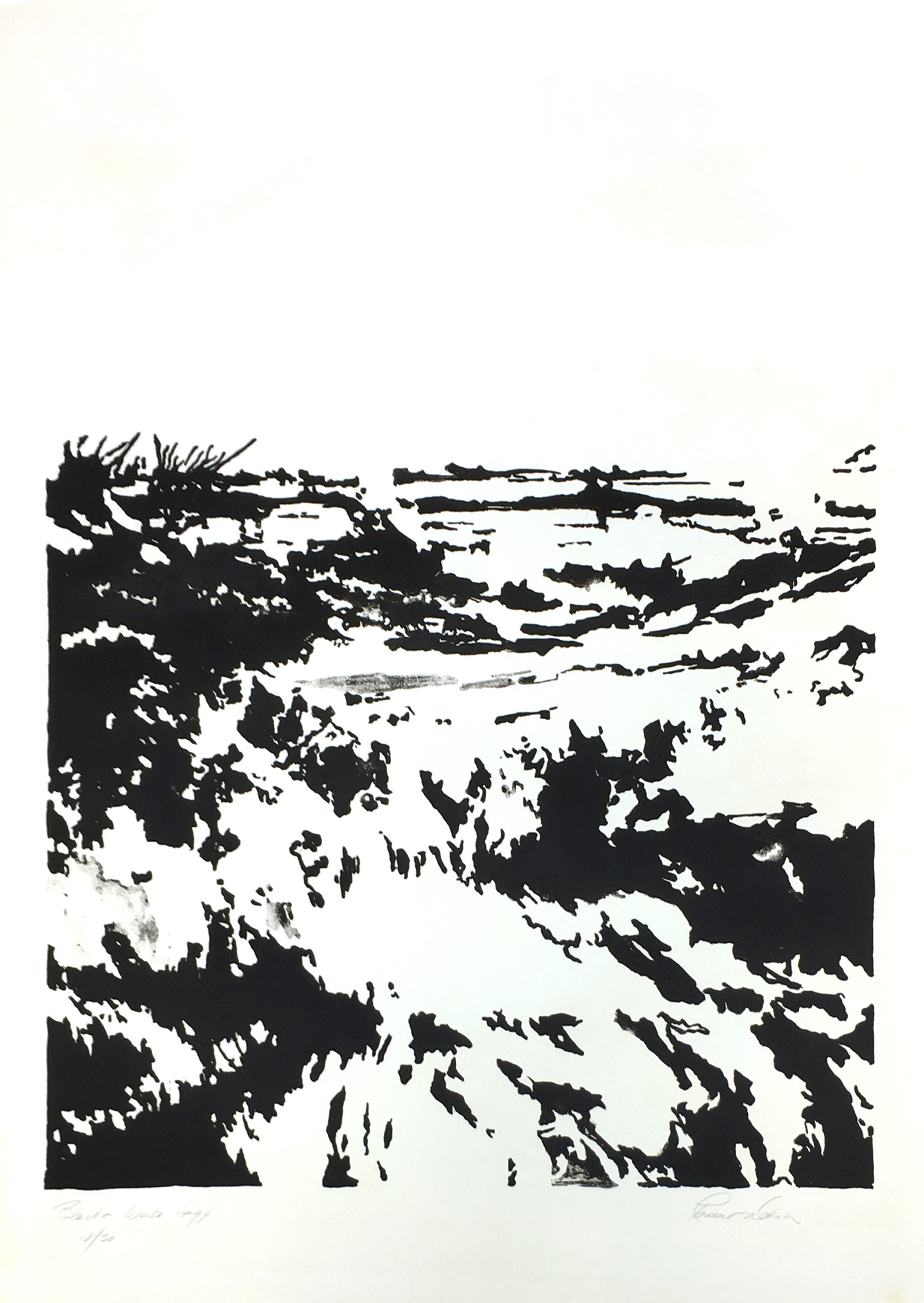 The Madoo Conservancy has announced that its forthcoming exhibition, “Robert Dash: Printmaker,” will be open to preview during the third annual “Thaw Fest” on Saturday, March 7, from 10 a.m. to 4 p.m., with a talk by master printmaker Dan Welden at 11 a.m.

The exhibition will be on view in the summer studio at Madoo by appointment only through May 15, and then open during regular open hours, Fridays and Saturdays from noon to 4 p.m., through July 18.

In 1967, Robert Dash relocated permanently to Sagaponack to the home he christened Madoo where he devoted himself to painting, poetry and gardening. The prints in this exhibition are a continuation of his quintessential paintings of the Sagaponack landscape from the 1970s and ’80s. Employing a variety of techniques including lithography, serigraphy, and pochoir, they reveal the reciprocal relationship between painting and printmaking in his work, wherein paintings begot prints whose compositions were employed in later paintings.

In the “Garden” series from 1972, a collaboration with his close friend, Pulitzer Prize-winning poet James Schuyler, earlier paintings became maquettes for lithographs paired with lines selected from Schuyler’s diary. And much like the continuously evolving environments composing his garden, characterized by variations and deviations upon particular themes, pochoir offered Dash the possibility of placing a singular composition into a state of flux, altering colors, shifting focal points and playing with positive and negative space. In 2006, Dash took a stack of unsigned, uneditioned serigraphs produced in 1972, gessoed over them, and created a large series of palimpsests, poetic gestures capturing the disappearing spirit of the Sagaponack once home only to farms and artists and writers. These works on paper, in turn, led to his final body of large paintings, Sagg Main. The prints of Robert Dash stand on their own as works of art, but just as important are the glimpses they reveal into the creative processes of a mind never at ease and always searching.

Dan Welden is a master printmaker and the director of Hampton Editions, Ltd. in Sag Harbor. He is a pioneer of the alternative health and safety movement in printmaking and co-authored the book “Printmaking in the Sun.” He has worked with numerous artists including Willem de Kooning, Kiki Smith, Eric Fischl, Roy Nicholson and Dan Flavin. Welden collaborated with Robert Dash on several of the editions included in the exhibition.