The Show Must Go On! Understudy Georgia Warner Shares The Inside Scoop On Backstage LIfe - 27 East

The Show Must Go On! Understudy Georgia Warner Shares The Inside Scoop On Backstage LIfe 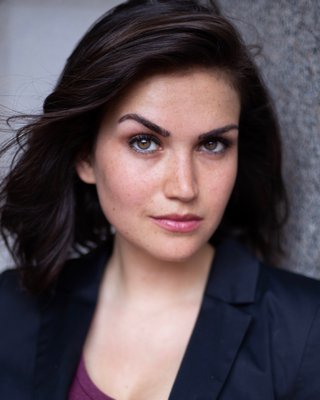 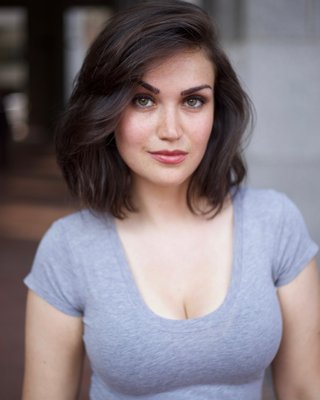 On April 4, Roundabout Theatre Company began running previews of its Broadway production of Arthur Miller’s play “All My Sons” at American Airlines Theatre on West 42nd Street. Directed by Jack O’Brien, the play stars Annette Bening and Tracy Letts as husband and wife Kate and Joe Keller, and when it officially opens on April 22, waiting in the wings, literally, will be actress Georgia Warner who is the understudy for the characters of Ann Deever and Lydia Lubey.

Ms. Warner grew up on the East End until she was 13. Audiences might recall that back in 2010, she appeared on the Guild Hall Stage as Jill Mason in “Equus,” Peter Shaffer’s play starring Alec Baldwin which was directed by her grandfather, Tony Walton.

This is her first time working on a Broadway production.

How does one become an understudy?

This is my third time understudying. The first time was as Nina in “Vanya and Sonia and Masha and Spike” with David Hyde Pierce in Los Angeles. The next time, I covered Vita and Tina in “Napoli, Brooklyn”—also produced by Roundabout, but it was off-Broadway. I auditioned for both of those.

This time, it was a direct offer so I didn’t have to audition because I’m covering two roles and was recommended.

The understudies rehearse together once a week when the show begins and it’s run by the stage manager. We never work with the director. If we come in early, we can hear him give notes and Jack O’Brien is amazing. In a way, when you’re understudying they have to trust you a lot because you don’t go through the same rehearsals. You’re expected to learn on your own and take note of the blocking. A lot is on the understudies to do their homework.

I hear you’re a big Miller fan. Tell me what this play means to you.

Arthur Miller is my favorite playwright, bar none. “The Crucible” was one of my first productions—I was Abigail and I’m so hoping to direct the show one day. Even at my birthday party, I had a reading of it with my dream cast.

With “The Crucible” and “All My Sons,” I don’t go more than a year without reading either one. Every time I read the end of act two in “All My Sons,” I have a very emotional reaction. It’s like that with John Steinbeck and “Of Mice And Men.” I feel at home in the American classics.

That was sort of my pitch to casting. I’m such a Miller slut. This is a play that is so relevant right now. Accountability is a big part of the show and the idea of who is a person is responsible to? Their family? The people they can see? Or does it go beyond that to a larger responsibility? All these classics, there’s a reason they keep getting done.

Have you ever gotten the call to go on as an understudy?

I’ve never gotten to go on. When I told people I booked an understudy role on Broadway, they said, I hope you get to go on. But I’m not thinking of that. When I book the role of the understudy I don’t expect to go on. I think of it as an acting class that I’m getting paid for. Sure, there’s no audience, but I’m such a theater junkie I’ll work on stuff on my own to stay sharp.

The opportunity to perform a beautiful play with an understudy company and dive into it once a week for two months, even though there’s no audience, is so much fun.

How far in advance do understudies generally know they’ll be going on?

The gentleman who is understudying for George and Frank in this production knows he’s going to go on because the actor is getting married during the run. When that happens, you’ll have a “put in” with the cast and a run through with the technical elements. But most of the time an actor calls out a half hour before a show or during intermission.

… And you have to be there and ready.

That’s literally what we’re being paid for. Most of the time when we’re backstage, we’re going over lines or working on our own projects or watching Netflix. There’s a trap to being pegged as an understudy. There’s a lot of stress to be ready at a moment and once it’s clear it’s a skill you have, you’ll continue to be offered that. At some point actors might turn them down so they can get something else.

Have you had an opportunity to hang out with Annette Bening and Tracy Letts, or is that something understudies just don’t do?

I got to chat with Annette, she always gives my wrist a little squeeze. My grandpa Tony worked with her in the film “Regarding Henry” and she’s so lovely. Tracy blew me away in “Who’s Afraid of Virginia Woolf.” The whole cast is exquisite. To see the two of them interact with Jack O’Brien who is so great and kind, is wonderful. They trust him implicitly and he trusts them to explore choices with his guidance and always be game to try new things. I have great respect for them.

So if you do get called to go on as either Ann Deever or Lydia Lubey, how will you be letting all of us here on the East End know?

I will do a big Facebook and instagram post @georgiawarnerrr. I’ll let my parents know and my best friends. But if anyone else wants to come, look on Facebook. I’m not expecting it. If I do go on it will be a wonderful surprise and experience, but that’s not what I’m here for.

Roundabout Theatre Company’s production of “All My Sons” runs through June 23 with a possible extension at American Airlines Theatre, 227 West 42nd Street in New York City. For tickets, visit roundabouttheatre.org.

The art exhibition “Solar Impressions” that was at the Southampton Arts Center this past fall ... by Staff Writer