The Victor D’Amico Institute of Art Joins The National Trust 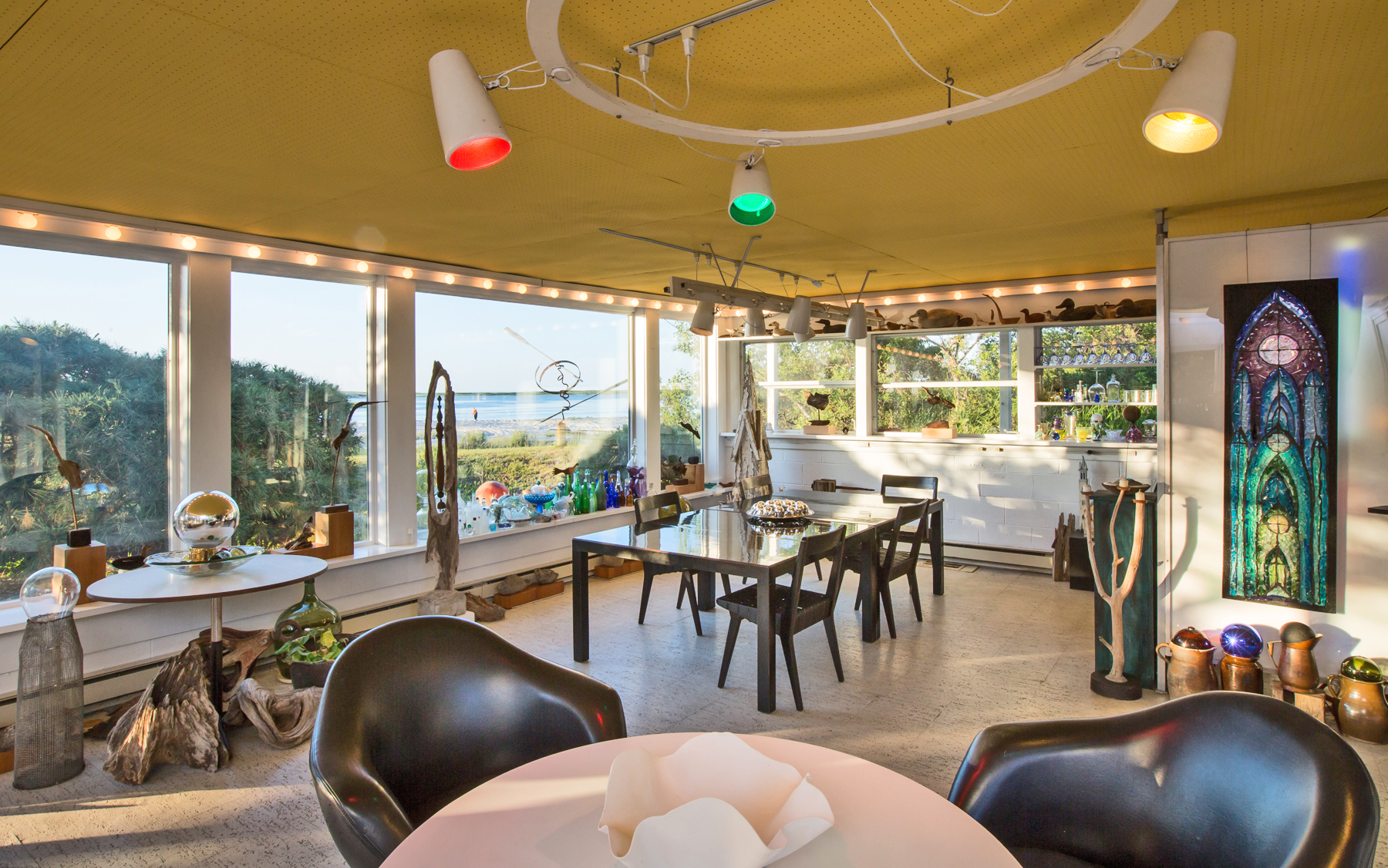 The D’Amico House on Napeague Harbor.

The National Trust for Historic Preservation announced on February 10 that four new sites have been accepted into its Historic Artists’ Homes and Studios program, including the Victor D’Amico Institute of Art in Amagansett.

In celebration of this milestone, VDIA has officially created a new digital identity, including a redesigned website at damico-art.org.

At a local level, VDIA joins two other significant historic sites in the Town of East Hampton, existing HAHS members the Pollock-Krasner House and Study Center, and Mary Nimmo and Thomas Moran Studio.

Its mission is to preserve, promote and interpret Mabel and Victor D’Amico’s innovative approach to art education and their belief that “art is a human necessity and should be part of everyone’s life experiences.”

In 2019, the Town of East Hampton designated the four structures at the organization’s two sites as local historical landmarks. Inclusion in HAHS elevates the significance of these sites and buildings and further acknowledges the creative legacies of Mabel and Victor D’Amico at a national level.

While the Art Barge, beached on the shore of Napeague Harbor, has been a familiar landmark on the East End since 1960, and Victor D’Amico is widely known for his pioneering work in the fields of museum and art education as the founding director of Education at The Museum of Modern Art in New York, Mabel D’Amico and the home she and Victor created across the harbor in Lazy Point have received less notice until recent years. Membership in HAHS signals interest in and appreciation of Mabel’s importance as an artist and art educator, recognizing her notable contributions alongside Victor’s.

“Our inclusion in HAHS reinforces an enduring mission pioneered by Mabel and Victor D’Amico to advance art and creative education as a human necessity,” said Christopher Kohan, president of the Victor D’Amico Institute of Art. “The preservation of diverse historic structures and artistic legacies is an invaluable gift to this country and confirms Mabel and Victor’s belief that ‘the arts are a humanizing force and their major function is to vitalize living.’”

In its announcement, HAHS stated that it “is deeply committed to representing the full breadth and diversity of our country’s artistic legacy through preserved places nationwide. The sites selected also capture the spirit of the National Trust’s larger initiative, ‘Where Women Made History,’ a national campaign to identify, honor and elevate places across the country where women have changed their communities and the world. With the recent centennial celebration in 2020 of the passage of the 19th Amendment that granted women the right to vote, it was an important moment for HAHS to increase its representation of sites dedicated to the legacy of women artists. With the addition of these four sites, HAHS is proactively ensuring that it will tell a fuller story of those artists who have traditionally been underrepresented for their contributions to our cultural heritage including people of color, indigenous, self-taught and women artists.”

The introduction of the four new sites also increases the geographic representation of HAHS to include 22 states and expands the portfolio of 20th century sites within the network, creating a rich and balanced representation of 19th century artist spaces.

“These sites preserve the complex stories of four women artists who were groundbreaking in art and arts education, each contributing not only through their own artwork, but through the mentorship, opportunity, and influence they provided to younger and upcoming artists,” said HAHS’s senior program manager, Valerie Balint. “By placing these women’s inspiring stories at the forefront, HAHS and the National Trust are helping to fulfill a vital need for more gender equity in how we frame artistic heritage and hierarchy. We will continue to expand the membership in 2021 to bring on other sites whose compelling stories increase racial diversity and social equity.”