‘The Violet Hour’: Great Writers At The End 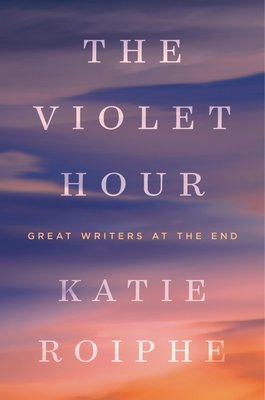 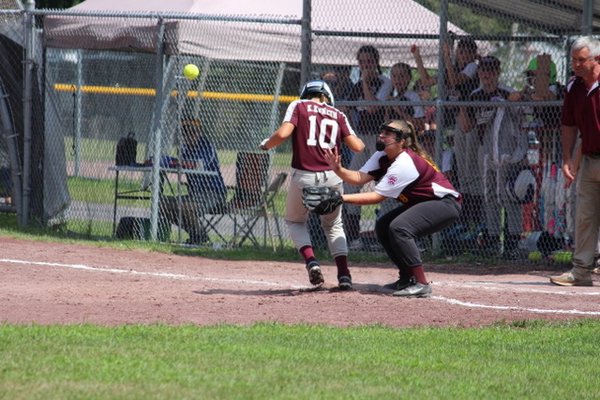 In her latest book, “The Violet Hour: Great Writers at the End” (Random House, 306 pp, $28), Katie Roiphe has written about five writers and how they faced one of life’s inevitables, death. The writers are Susan Sontag, Sigmund Freud, John Updike, Dylan Thomas and Maurice Sendak. There is a final chapter including an interview with James Salter, who died as she was finishing the book.

Ms. Roiphe, who has summered in East Hampton for most of her life, had her own brush with death when she was a young child. She almost died of pneumonia and had a piece of her lung removed. She says, “I would not be who I am without the fear [of death].”

Five of her writers were obsessed with death. They are writers she admired and learned from. A few faced death with acceptance and stoicism, others with fear and incomprehension.

Her approach to these endings is almost analytical. She says, “I’ve tried in this book to avoid romanticizing, to look very closely at what is happening without veering off into consolations or euphemisms or evasions or neat conclusions. I have tried to avoid any impulse toward the lyrical, the not quite honest, the falsely redemptive. I wanted to look at what was happening very calmly and clearly.

“Secretly, of course, reading through these deaths, what one wants to learn is how to avoid dying altogether. Freud quoted George Bernard Shaw, ‘Don’t try to live forever. You will not succeed.’”

But it was Sontag who thought she could avoid death by sheer force of will. She tried every imaginable possible cure, from the relatively orthodox to the experimental. She had three separate bouts of cancer. She once told a hospital orderly that she had no friends, but it was to her friends that she turned in the end. They stayed up with her at night. She prayed with them, though she neither believed in God nor in the efficacy of prayer. They listened to Beethoven’s last quartets together. Her friend and lover, Annie Leibovitz, ignoring hospital protocol of masks, gloves, and gowns, crawled into her hospital bed and hugged her like a child.

When she was 16 she wrote in her diary: “How is it possible for me to stop living … How could anything be without me?”

Freud looked like someone who is too fierce to die, but he approached death with a certain amount of equanimity. He refused all attempts to mitigate his pain, accepting only aspirin. He wanted to have a clear head in order to think without being muddled by drugs. Says Ms. Roiphe, “He want[ed] to be able to consider and analyze what remains to be considered and analyzed.”

He had throat cancer, caused by smoking. He underwent no less than 33 operations on his mouth, some of them botched. In spite of this he continued smoking and encouraged others to smoke. It was much more than a physical addiction. He was almost ardent in his love of it.

In his book “Beyond the Pleasure Principle,” Freud posited that there was such a thing as a desire for death, Thanatos, the death instinct. “The aim of all life is death,” he said. He often felt “indifferent” to death. Some mistook it for courage.

At the age of 76, Updike was diagnosed with lung cancer. Yet, even in the hospital he didn’t abandon his herculean work ethic and continued to write poetry. When he came home from the hospital the first time, after chemotherapy, and tried to transcribe his poetry to the typewriter, he collapsed over it, saying, “I can’t do it.” His wife responded, “Oh, yes, you can, John. Just one more book.” And he did it. It was a moment that was at once poignant and heroic. The poems are extraordinary.

Thomas was almost the poster boy for the death instinct. On his final visit to America he left behind him a trail of self-abuse. He drank heavily. The day before he died he consumed 18 Scotches and took several Benzedrine tablets, after which he fell into a coma.

He did “not go gentle.” But Ms. Roiphe makes a fascinating comment about that poem and Thomas’s reading of it in his hypnotic cadences. “You can … hear in his voice what you cannot see on the page. This is on some very peculiar level a love song to death.”

In an interview Bill Moyers said to Sendak that his work has given him immortality. To which Sendak responded, “I’ve got news for you. I’m gonna croak.” Sendak was fixated on death. He collected many different objects whose theme was death. Among them was John Keats’s death mask, which he often took out and caressed.

Her final subject is Salter, whom she interviewed, though she wasn’t entirely sure why. Salter was almost 90 when he produced his final novel, “All That Is.” She felt that someone who was his age and had been so close to death as a fighter pilot, and who was capable of such clarity of thought would offer her something. He told her that he very rarely thought about death. He asked her to send him her book, but he died before she could.

Freud’s great friend, the analyst Marie Bonaparte, wrote a note at the bottom of one of Freud’s letters to her. It was an imaginary dialogue in which Freud says, “It is precisely the eternal transitoriness which makes life so beautiful.”

The title “The Violet Hour” comes from T. S. Eliot’s “The Waste Land,” which also contains the line, “These fragments I have shored against my ruins,” something that Ms. Roiphe and all her subjects have done.