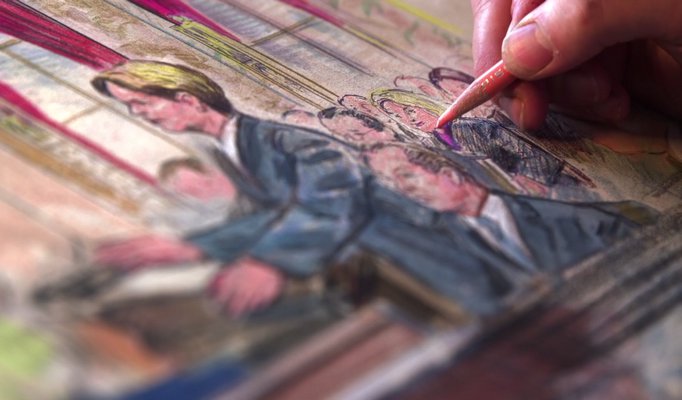 Edie Windsor and Roberta Kaplan at the Supreme Court. 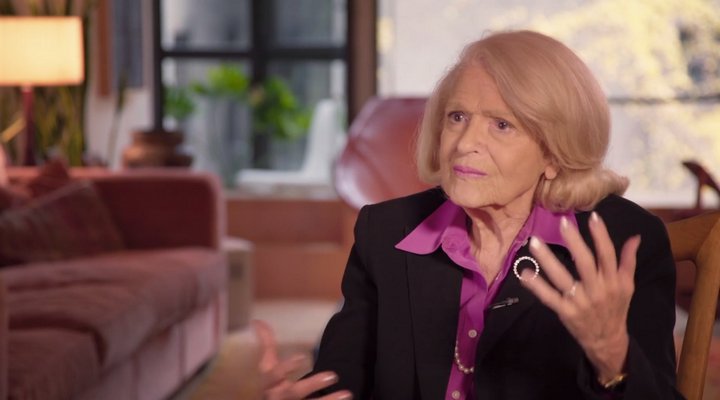 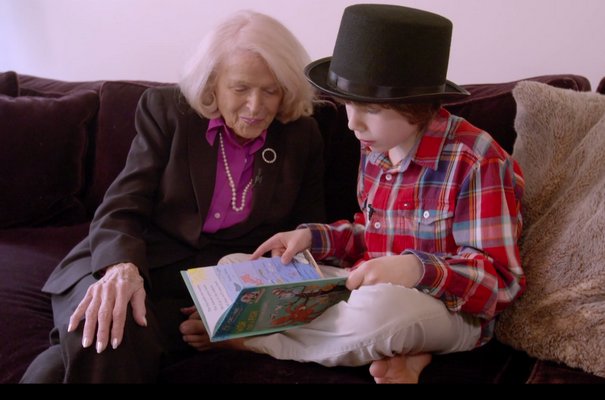 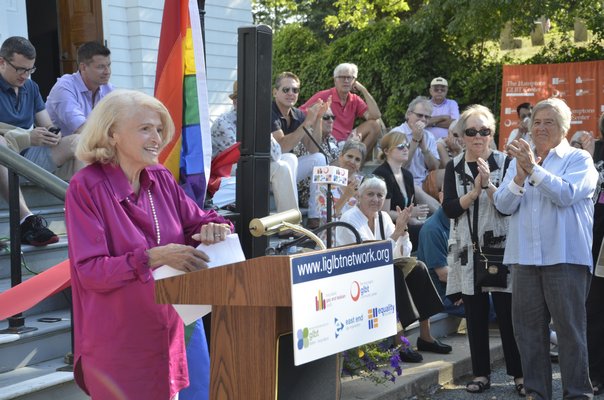 Edie Windsor at the opening of the LGBT community center in Sag Harbor in August of 2013. PRESS FILE

Since 2015, gay marriage has been the law of the land across all 50 states. But it wasn’t too long ago that there was a different law of the land. It was called DOMA—the Defense of Marriage Act—and, since 1996, it had effectively made same-sex unions illegal at the federal level, negating the legitimacy of any laws passed by individual states.

Then, along came Edie Windsor, a spunky octogenarian and part-time Southampton resident, who turned history on its head.

Donna Zaccaro’s new film, “To a More Perfect Union: U.S. v. Windsor,” is the Sunday Night Spotlight film at the Hamptons Doc Fest, and it will be screened at Bay Street Theater in Sag Harbor on December 2 at 8 p.m.

The film tells the story of Ms. Windsor’s 40-year relationship with Thea Spyer, including their marriage in Canada in 2007, Ms. Spyer’s death in 2009, and Ms. Windsor’s subsequent lawsuit over a massive estate tax bill she was expected to pay because their marriage was not recognized by the federal government.

In 2013, her suit made it all the way to the U.S. Supreme Court, which ultimately overturned DOMA. It was a huge victory for the gay rights community, and the film retraces the steps of that journey through interviews with Ms. Windsor, who died a year ago, and her attorney Roberta “Roby” Kaplan. It also reveals how, through Ms. Kaplan, Ms. Windsor found an extended family that also included Ms. Kaplan’s wife, Rachel Lavine, and their young son, Jacob.

At its core, “To a More Perfect Union: U.S. v. Windsor” is a story of powerful women courtesy of a director and producer who knows all about them.

Ms. Zaccaro’s mother was Geraldine Ferraro, Walter Mondale’s running mate who, in 1984, was the first woman to be nominated for vice president by a major American political party. Ms. Zaccaro’s nonprofit production company is called Ferrodonna Features, and in a recent phone interview, she explained why.

“‘Ferro’ means ‘iron’ and ‘Donna’ means me,” Ms. Zaccaro said. “My films deal with women and social justice. I don’t feel there are enough stories out there of woman leaders and heroes.

“I’m always looking for personal stories that tell a bigger history,” she added.

Ms. Zaccaro, a former producer for NBC’s “Today Show,” is the board chair of Eleanor’s Legacy. The organization was founded in 2001 by East Hampton resident Judith Hope, and it supports Democratic women running for office across New York State.

When the group honored Ms. Windsor and Ms. Kaplan after their Supreme Court victory, Ms. Zaccaro recalled being deeply moved by their speeches.

“I was blown away. It was a wonderful David-and-Goliath story of an 81-year-old woman who felt the government was not giving her the respect she deserves,” Ms. Zaccaro said. “The money was one thing, but Edie felt the disregard for her marriage was offensive. She took on the government and won. I loved it.”

The film also explores the arc of gay rights through the 20th century and beyond—from the early 1960s, when Ms. Windsor and Ms. Spyer had to hide their relationship from their employers, to Ms. Kaplan’s own journey as a gay woman, including her marriage to Ms. Lavine, and the birth of their son.

“The reason it’s called ‘To a More Perfect Union’ is it’s not just about the relationship between a married couple, or between a lawyer and plaintiff, but our whole country is the union,” Ms. Zaccaro said. “I see this as bringing us one step closer to promises of equality.”

Ms. Zaccaro is happy that Ms. Windsor was able to see the completed film twice before her death on September 12, 2017, and she remarked on what it meant to be gay in the era when Ms. Windsor and Ms. Spyer first met.

“You were mentally ill and a criminal—when they met in the ’60s, that’s what the environment was like,” she said. “Young people today don’t know gays were prosecuted.

“This case changed what was possible for gays, saying you can participate in marriage and it should be treated the same way. But at the state level, a bunch of cases are trying to claw it back,” she added. “I want people not to think that everything is okay now. Given what we’ve seen in the last election, it’s not done.”

Ms. Zaccaro said her goal is to get her film distributed in the educational market “and places other than blue states, to show people that love is love, marriage is marriage, and family is family.”

She added: “As Roby says in the film, anyone would be lucky to call Edie Windsor their spouse.”

While Thea Spyer was the first love of Edie Windsor’s life, she wasn’t the last. In September 2016, Ms. Windsor married Judith Kasen at New York’s City Hall. At the time, Ms. Windsor was 87, and Ms. Kasen was 51.

Ms. Kasen-Windsor will be on hand at the screening of “To a More Perfect Union: U.S. v. Windsor” to speak about her late wife’s legacy.

While the Windsor case was groundbreaking, and Ms. Kasen-Windsor notes there are still battles to be waged, Ms. Windsor, she said, believed her case would stand firm.

“It’s only been five years—and they’re still arguing Roe v. Wade, 45 years ago,” Ms. Kasen-Windsor said. “Edie was the smartest woman I ever met. She was convinced that they wouldn’t overturn Windsor. If you did that, you will flood the courts with couples asking, What about the children? What about taxes? Who plays God with these questions?”

She added: “On the other hand, you may have to defend it state by state in all those states that will chip away at gender laws, where people lose their jobs or couples can’t adopt.

“Edie said, when Trump got elected, she was not surprised. She also told people, ‘We have been through worse—we will get through this. … It’s not forever.’”

“To a More Perfect Union: U.S. v. Windsor,” directed by Donna Zaccaro, will be the Sunday Night Spotlight film at the Hamptons Doc Fest. The film will screen at 8 p.m. on December 2 at Bay Street Theater in Sag Harbor. Judith Kasen-Windsor, Edie Windsor’s spouse, will take part in a post-screening Q&A. For more information, tickets and the full festival schedule, visit hamptonsdocfest.com.