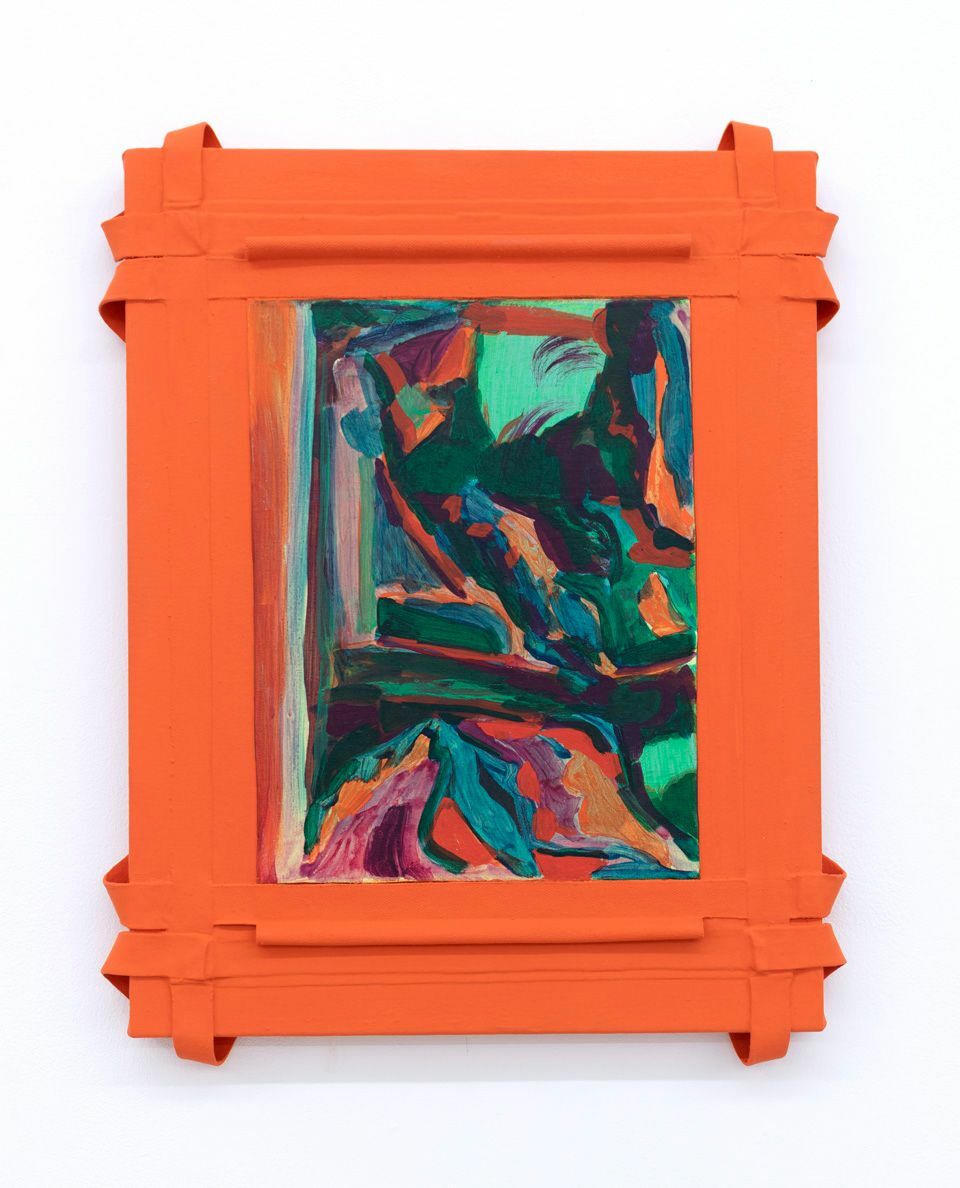 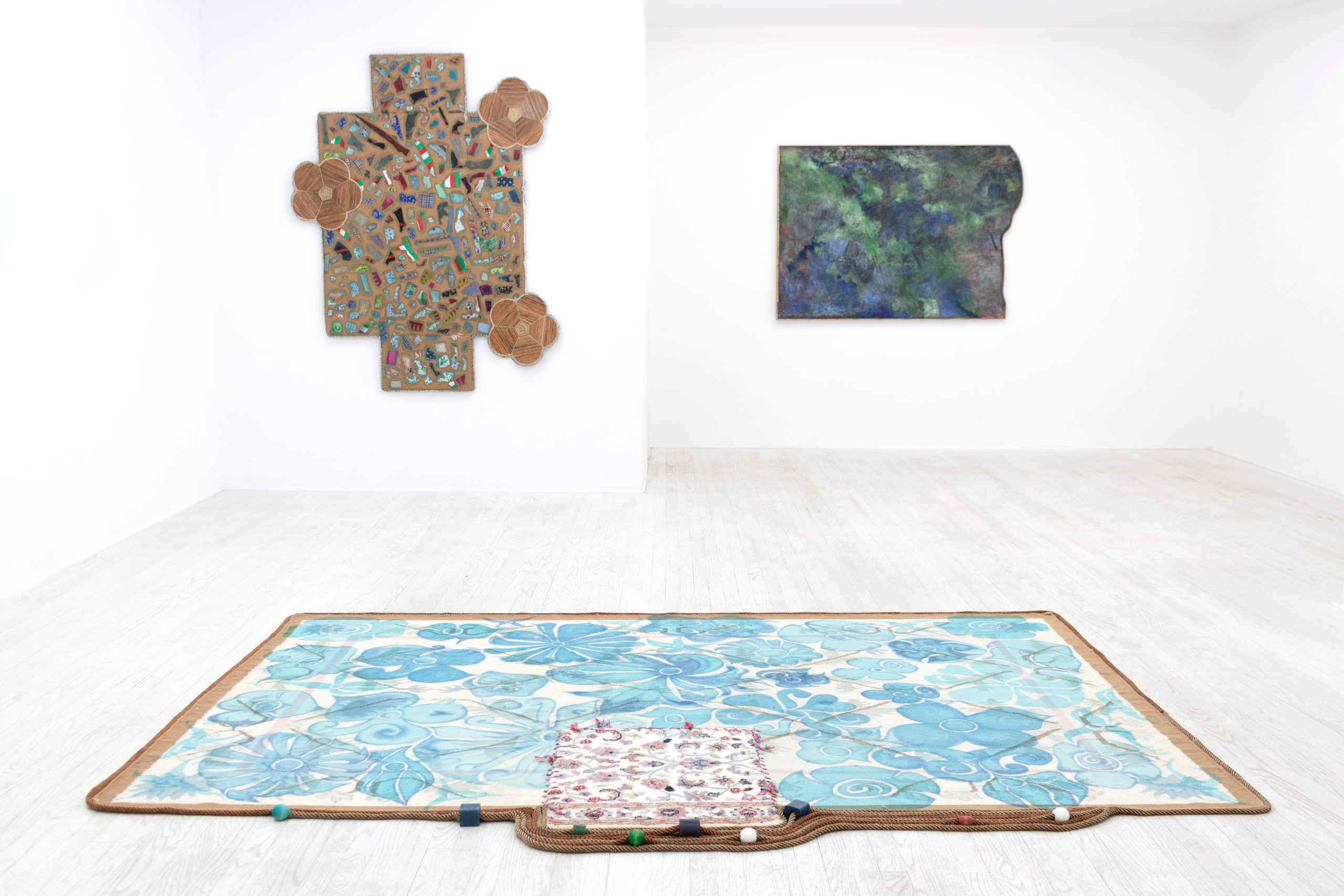 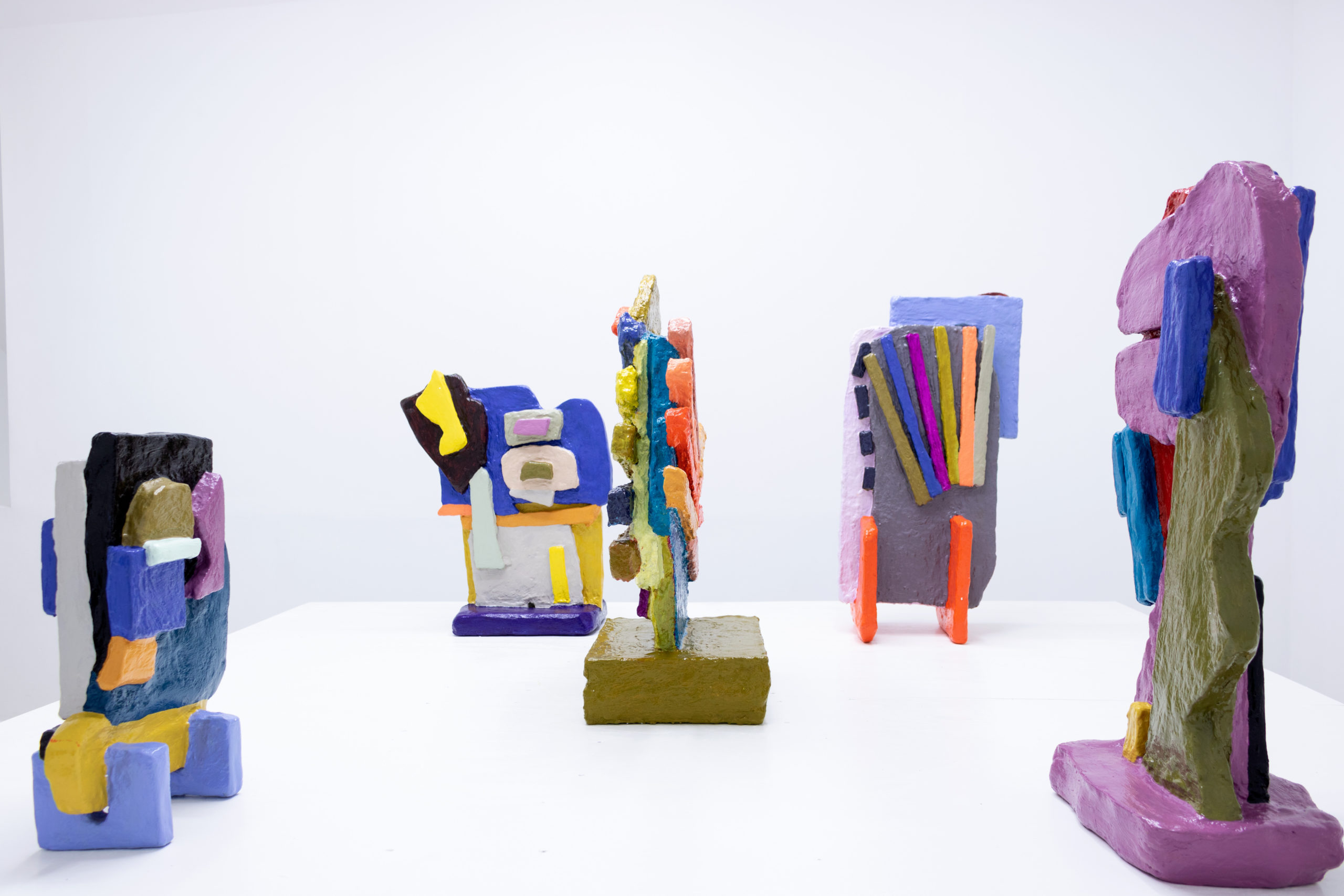 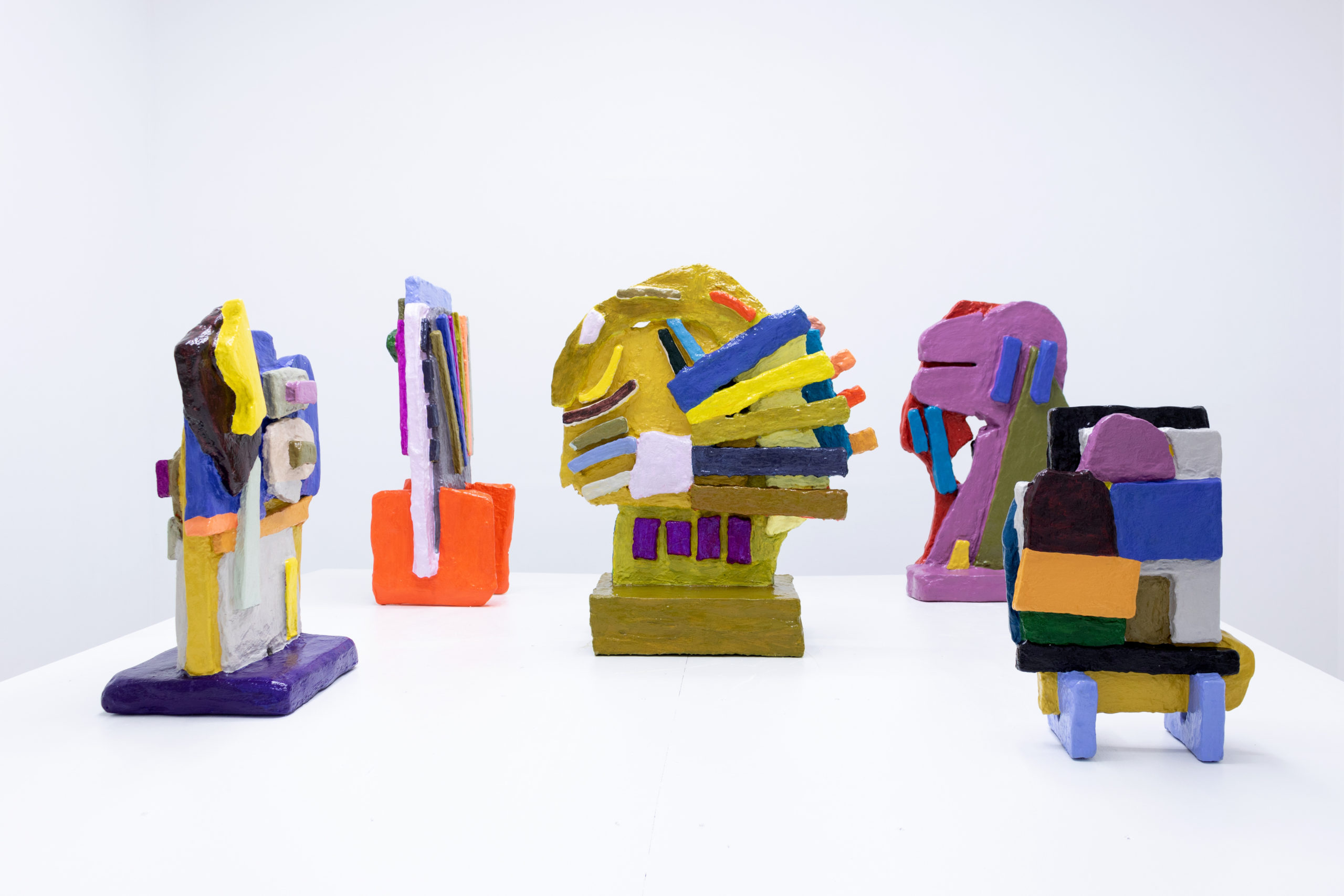 Halsey McKay Gallery is currently offering two shows in its East Hampton space. “Saragossa,” an exhibition organized by Safe Gallery highlighting the work of Gracie Devito, Annabeth Mark and Sophie Stone, and “What Color is the Sacred?” a solo exhibition of sculpture by Megan Reed. Both shows opened January 8 and remain on view through March 26.

“Saragossa” takes its name from “The Saragossa Manuscript,” a 1965 Polish film directed by Wojciech Has based on the 1815 novel by Jan Potocki. The film is set at the end of the Napoleonic War. During the heat of battle, a Belgian officer stumbles across an ancient manuscript. As he reads, labyrinthian tales unfold and take the audience on a ride through time and space.

The multifarious plot line of “The Saragossa Manuscript” can also be viewed as a metaphorical Russian doll set. These figurines happen to be called “matryoshka” in Western Europe — or “mother,” because of the way they give birth to their smaller pieces. These nested tales are an insight into the work of Gracie Devito, Annabeth Marks and Sophie Stone. The three artists are concerted in their ability to create stories within stories. “Saragossa” presents Devito, Mark, and Stone in a way that their work can nest in and out of each other, visually creating a harmonious dialogue.

“What Color is the Sacred?” draws its title from anthropologist Michael Taussig’s ethnography of color from Western and Non-Western viewpoints. Taussig explores how color in various cultures is associated with the foreign, the feminine, the childish; how it can be deemed frivolous while simultaneously be supremely powerful. In her work, Reed deems color as inherently political and potent, interested in it as a vernacular through which to claim space and with which to explore formal relationships.

In her sculptures, Reed creates pieces from the detritus of single-use culture by forming discardable packaging into tangible, present day, absurdist relics or contemporary figures. Referencing stone circles, the colors of urban architecture, Cyclopean rock formations, and cairns, her work represents sites of community, feats of human engineering, and places for leaving marks.