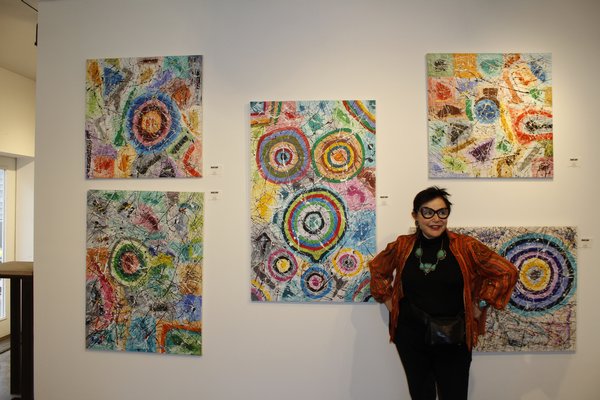 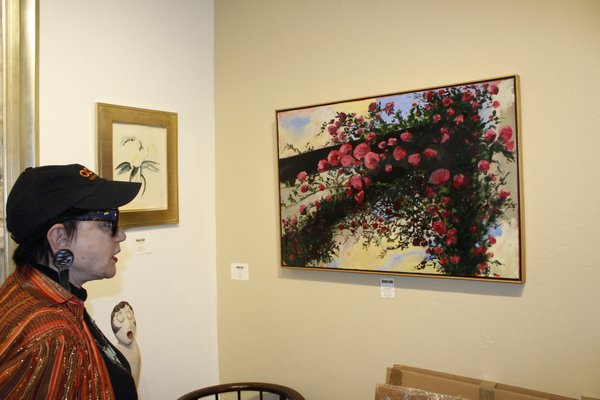 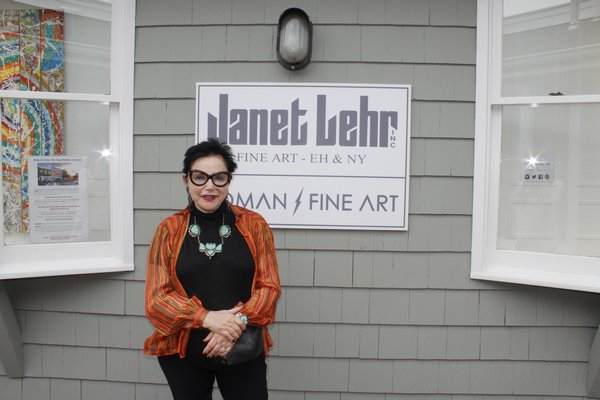 With a reputation as a preeminent art gallery built up over 40 years in East Hampton, it ‘s no surprise that Janet Lehr has delayed changing the name from Vered Gallery to Janet Lehr Fine Arts following the retirement of her longtime co-owner and ex-partner Ruth Vered in 2014.

Although she and Ms. Vered have separated, Ms. Lehr has had a difficult time parting ways with the name of the gallery that has stood in East Hampton Village since 1977. “‘Vered’ certainly had a value,” Ms. Lehr said during an interview at her gallery. “I guess I was reluctant to give up the value that I had built. After all, I was doing the same curating in 1983 as I am now, and I was dealing with the same client body. I really didn’t want to divorce myself, but I felt that it was a sufficient enough transition to go ahead with it now, so that was the reason behind the time-lapse.”

She joined Ms. Vered at the gallery in 1983, and has since established an audience that enjoys bold and abstract 19th, 20th and 21st century art.

Ms. Lehr said that the name change does not necessarily mean she plans to modify the style and content inside the gallery.

“I like where I am right now. I like being able to have a clientele that expects me to be handling American modernist art and European art.”

Janet Lehr Fine Arts features paintings, sculpture and photographs. Now more than ever before, however, Ms. Lehr plans to expand her collection of modern photography.

“To me, modernization in art comes about through photography. The camera did earth-shaking things to art,” she said. “Once we had the camera, the power of the portrait changed, the value of landscape photography changed and became much more significant, and cinema really came into play.”

Currently on display at Janet Lehr Fine Arts is “Edgy Contemporary 2017,” featuring works by artists David Demers, Pipi Deer, Oliver Peterson, William Aquino, George Schulman and Dave Rogers. Many of the works are thematic pieces that explore unconventional painting techniques such as multi-patterned paintings and whimsical sculptures made from random objects. Shape, line and color are driving forces in this exhibition.

For example, Dave Rogers uses outlines and monotone colors to give his portrait of Muhammad Ali , “Ali ‘Float and Sting,’”an ethereal essence. Piper Deer’s underwater photographs from her “Limbo/Red Sari” series capture the floating quality of movement and airlessness. William Aquino’s sculpture made of driftwood, metal and acrylic called “The Minotaur” demonstrates the force of nature when met with creativity. Each artist was carefully selected for the gallery based on the unique way they express their soundless, yet loud, artistic voice, according to Sarah Calabro, the director of Janet Lehr Fine Arts.

“Edgy Contemporary 2017” will be on display through Tuesday, July 25. While Ms. Lehr’s business is flourishing, her summer home in Sag Harbor has recently experienced tragedy. Outside of her home, a renovated deconsecrated church that she owns with Ms. Vered, stands the 16-foot-tall pair of fiberglass legs created by the late artist Larry Rivers. The sculpture has been the subject of controversy since it was erected in 2008 due to charges that it violates village zoning laws, and on June 8, “Legs” was vandalized with a splash of red paint.

For information on current and upcoming exhibitions at Janet Lehr Fine Arts, call 631-324-3303 or visit veredart.com.