Weave Got A New Show: Threading The Needle Opens At The Church - 27 East 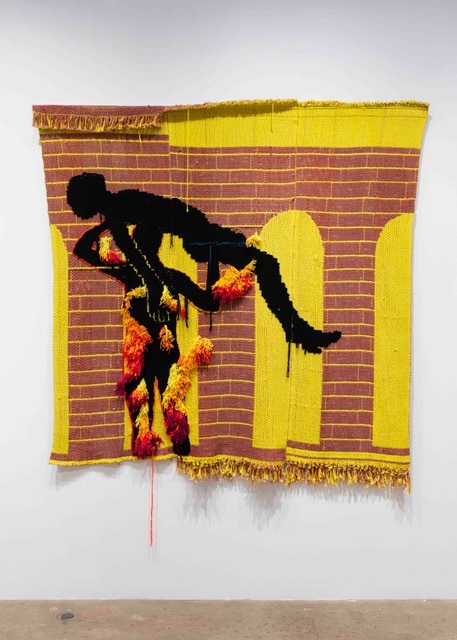 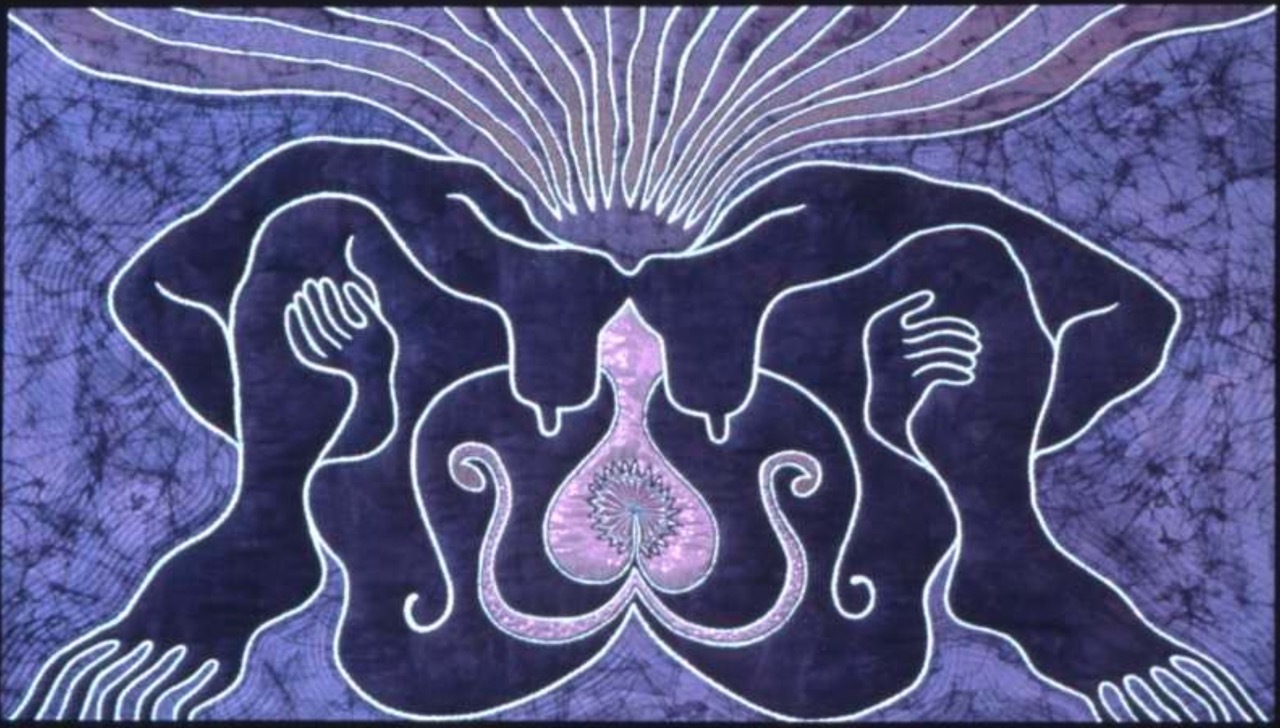 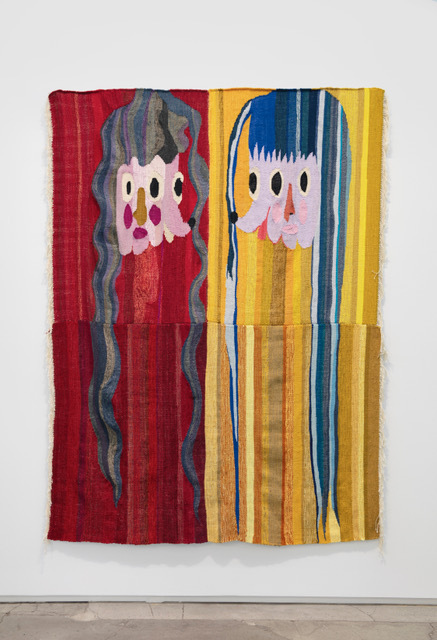 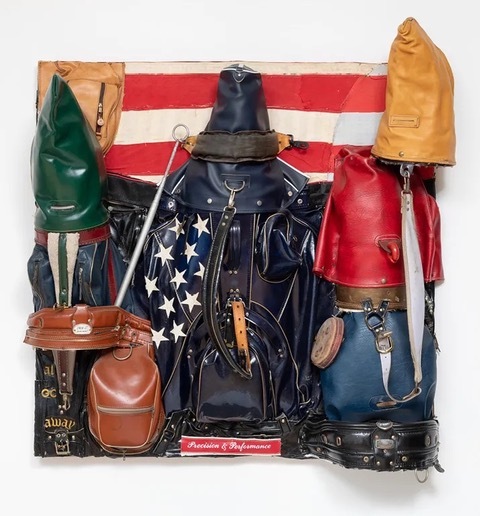 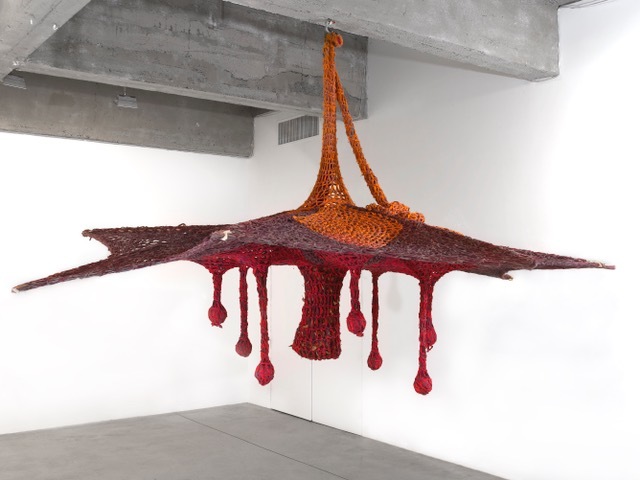 It hangs on your body most of the time. You step on it, sit on it, look at it, use it. Woven works of fabric and fiber are all around. But they’ve been considered simply utilitarian, products of craft tradition rather than artistic sensibility or fine art. At The Church, “Threading The Needle” (running from July 1 to September 18) will present the work of contemporary artists challenging the denigration of fabric and fiber-based artistic practices. From cotton, to silk, to paper, wood, bones and even photographs, woven objects push the medium in new and surprising ways.

“[We’re] trying to figure out programmatic ways of getting more and more people interested in the arts,” Eric Fischl, founder and co-president of The Church, who co-curated the show, said. “To do that, it’s about trying to cover all those arts. We’ve done paintings and sculptures and photography and performance and music, and to bring something that is traditionally seen as part of a maker culture, craft culture, to bring it in with the twist that we’ve put on it — which is to focus on artists that have moved into that area, traditionally understood as craft, would be the way of doing it. There are a lot of artists out here that are working in that area of fiber, weaving, stitching things together and needlepointing things together. It’s a way of bringing them into a larger context.”

The show includes almost 50 artists, some living and working in the area, and many from other parts of the country and world.

“There’s this really interesting dichotomy with everything that is fabric-based because it is so essential to who we are,” Sara Cochran, chief curator at The Church, said. “And yet at the same time, it has been pushed off into this idea of ‘craft.’ And it also has been denigrated because so much of it was female-led.

“We both started to see really interesting work that was done in fabric,” she continued. “We became really interested in thinking about that and then thinking about how many artists of color, contemporary male artists are using it. Seeing this breakdown, because if you think about that really exciting breakthrough moment of the ’60s — and we’ve got a couple really wonderful pieces from the ’60s that talk about that moment where the hegemony of painting and sculpture started to give way to other things.”

This breakthrough moment was in part a feminist effort to seize traditional forms, but also came from artists of color and queer artists challenging the fixed mediums of the art world.

“Threading the Needle” is organized along four themes, with “The Body and its Distortions,” “Politics and Identity,” “Webbing,” and “Stitching.” These groupings provide a framework for the show, but pieces are not hung according to their theme.

“Returning to an idea of weaving and fiber was political in its very nature from the beginning,” Cochran said. “If you look at somebody like Nick Cave, whose soundsuits are both disguises for the body [and] they’re just so very obvious. When you think about his relationship and his thinking around the beating of Rodney King in Los Angeles in the ’90s, you start to see how this thing that perhaps has been seen as safe and as decorative and as female has just been so political.”

One work that was clearly political in its inception, but is painfully topical today, is Judy Chicago’s “The Crowning,” a tapestry showing a female figure in labor, made in 1982. “The Crowning” is part of her larger 1980-85 body of work, The Birth Project, in which she collaborated with over 150 needleworkers to create images of childbirth.

A few other pieces from the political theme include life-size desert plants which Margarita Cabrera constructs from fabric of U.S. Border Patrol uniforms, the woven Vietnam War photograph assemblages of Dink Q. Le, Charles McGill’s golf bag sculptures, which use the tools of the historically-exclusive sport to comment on race, invoking the KKK, a Trump-era handkerchief by Ann Morton, and work from Faith Ringgold, Hank Willis Thomas, Tabitha Arnold, Diedrick Brakens and Christa Maiwald.

Sheila Pepe, artist-in-residence at The Church, will be creating a large, site-specific work hung in the rafters. Pepe, who will also be giving a talk on the process and planning of this piece Saturday, July 2, at 11 a.m., creates large-scale crocheted installations. Huge at 16-feet-by-16-feet, it will be the first work expressly made in the building of The Church.

“Threading the Needle” brings together in one exhibition many dichotomies associated with fabric and weaving.

Today, where clothing and other fabric is mass-produced, often in factories across the world, we may forget the handcraft techniques still used. These practices are time, labor and skill intensive.

“What we have the great honor and privilege of showing in this show is what happens when the conceptual approach of contemporary art and that craft and skill and expertise comes together,” Cochran said. “What is really interesting is this vibrant, exciting dialogue, which is about ideas and about expert craft pushed to its absolute limits … And so for us, I think what is really exciting is to see these hard-hitting ideas, just intersecting with this and how the form and content can create something larger than either.”

The show, coming up a bit after The Church’s anniversary, continues the goal of introducing the community to art. To help demystify and desacralize contemporary art, the curators structure exhibits around a theme people already have familiarity with.

“If you empower the audience so they come in thinking that they know a lot about the subject that they’re about to see, then when they see something they hadn’t thought of — what they come in contact with is creativity itself,” Fischl said.

On June 30, The Church in Sag Harbor opens “Threading the Needle” with a reception from 6 to 8 p.m. The show is curated by Sara Cochran and Eric Fischl and runs through September 18. The Church is located at 48 Madison Street, Sag Harbor. Visit thechurchsagharbor.org for more details.