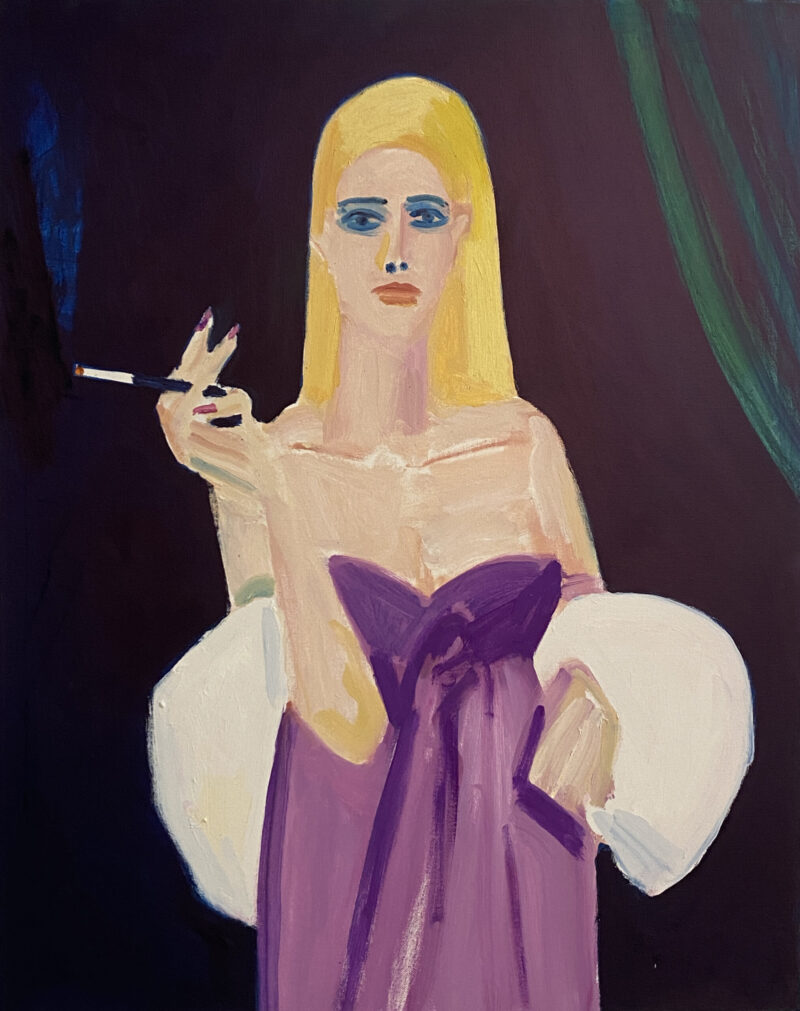 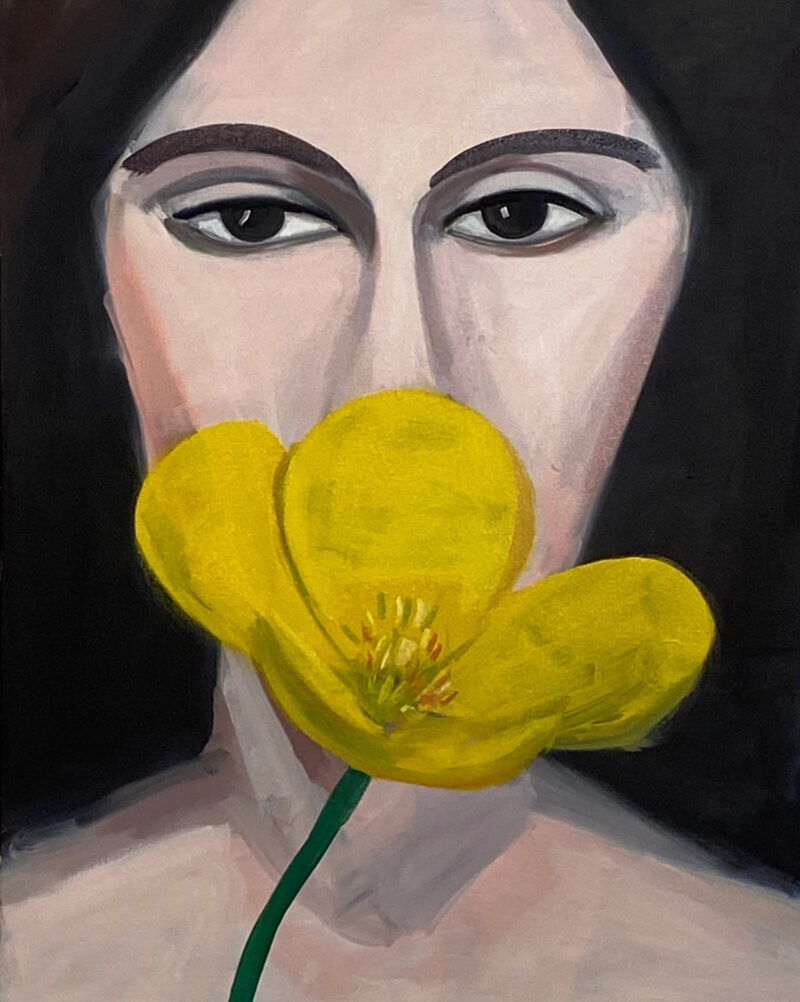 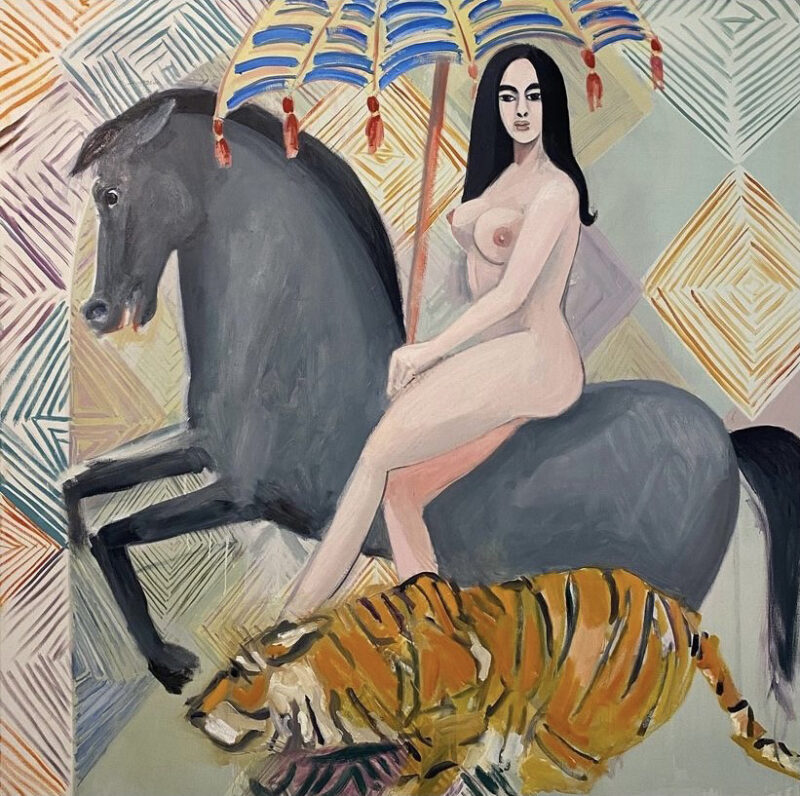 Beginning May 21, Mark Borghi gallery in Sag Harbor will be propositioning viewers with the phrase “What are you looking at?” Either way — with a question mark or exclamation point, the viewer is impugned to engage with works by artist Maureen Dougherty.

In “Maureen Dougherty: What are you looking at?” what we are looking at is the amalgamation of Dougherty’s approach in combining abstraction and figuration concerning the fem in contemporary culture in an unconventional manner. The works are a mirror to the world that we see primarily on our phones, in the streets, and on TV screens, aping beauty, using crude recognizable conventions of sexuality to get our attention. They morph fearlessly with the interior lives of gender, race, sexuality, power, politics, animals and nature.

Dougherty’s palette remains constant within the 30 works in this exhibition, with a minimal of six primaries. She keeps her color intense and potent in purity by not mixing more than three colors. Her figures, lacking a light source or chiaroscuro, are lit from within, constantly chasing form through the impression of light. Reoccurring iconographic tattoos, ferocious tigers baring fangs, diamond patterns, African masks, and houseplants invite inquisitiveness.

Dougherty’s technique was shaped by her training at Carnegie Mellon and with Mercedes Matter at the New York Studio School. She recently showed in the Cheim & Read show “Some People,” 2022, where the Alex Katz Foundation acquired her work. She resides in Manhattan’s Chelsea neighborhood and keeps a studio on the Lower East Side.

“Maureen Dougherty: What are you looking at?” opens with a reception on Saturday, May 21, from 5:30 to 8 p.m. The show runs through June 2 at Mark Borghi, 34 Main Street, Sag Harbor. For details visit markborghi.com.