When Artists Are Activists, An Earth Day Exhibition At SAC - 27 East 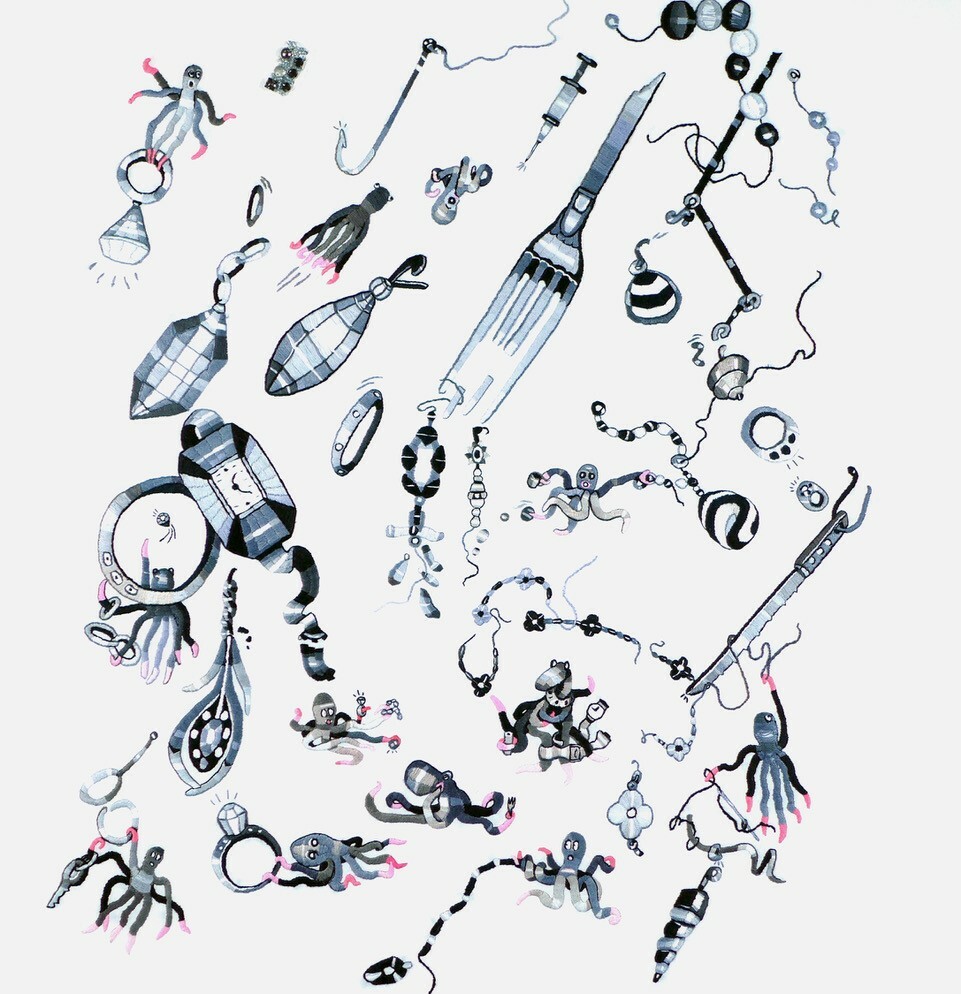 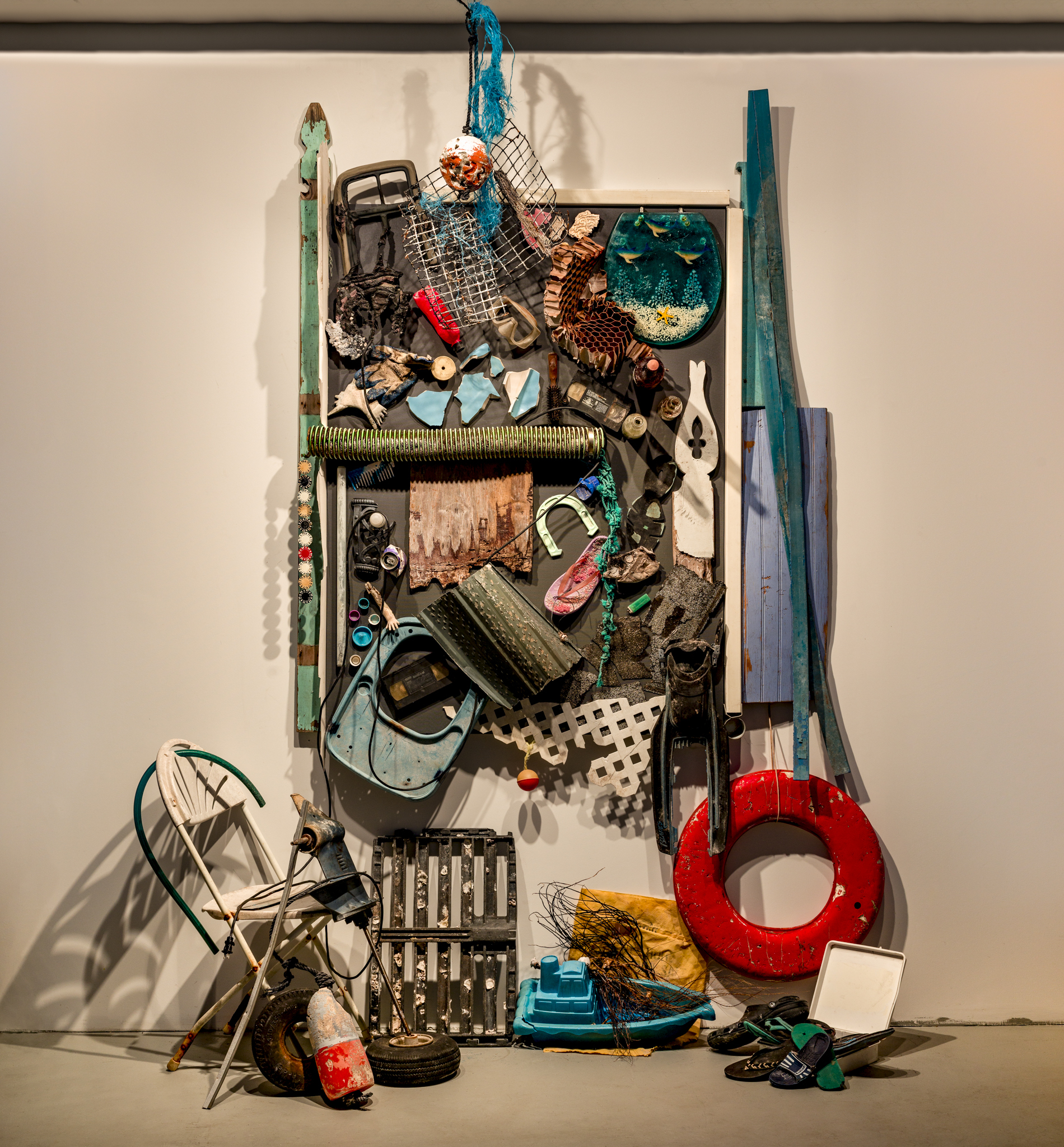 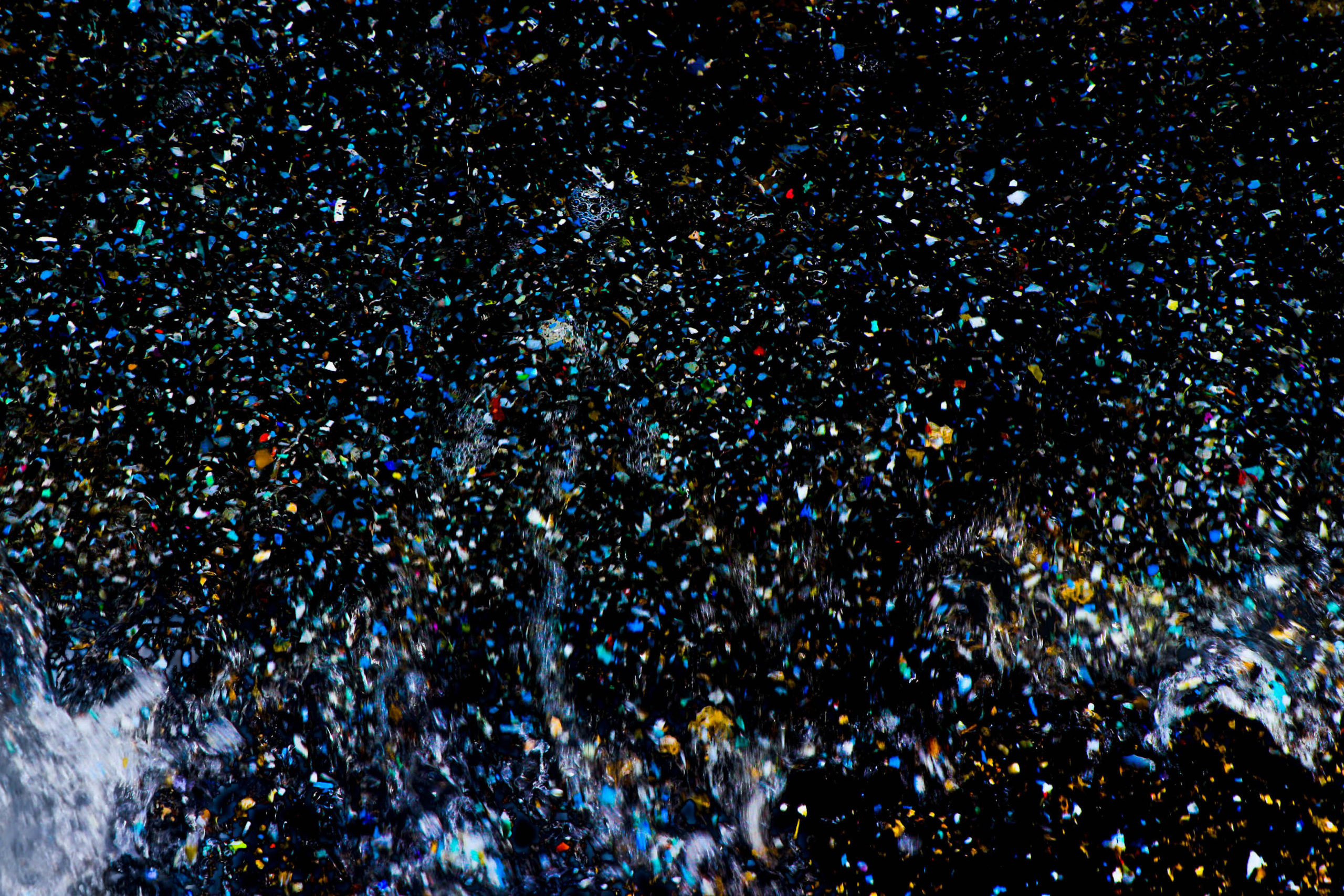 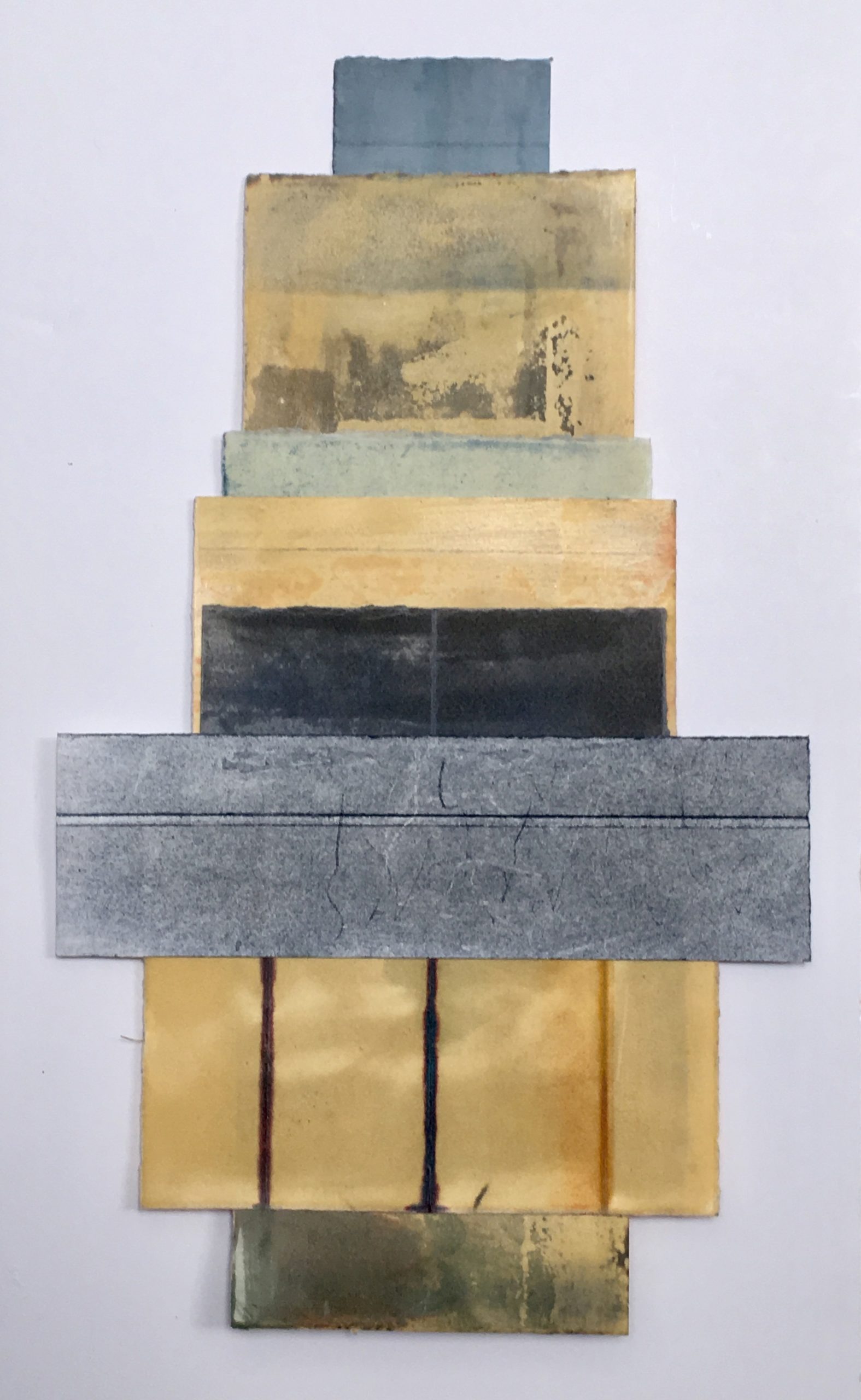 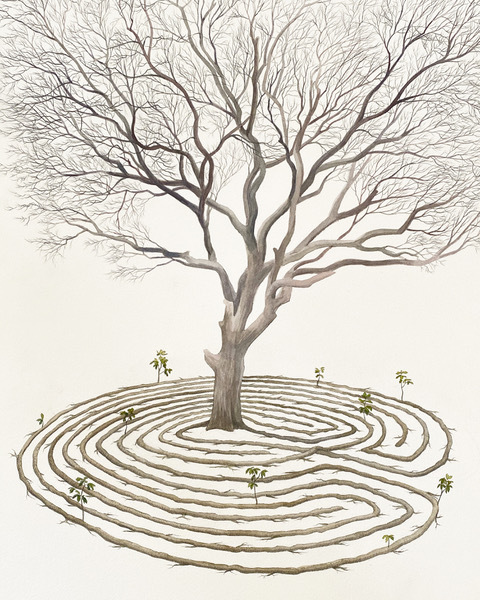 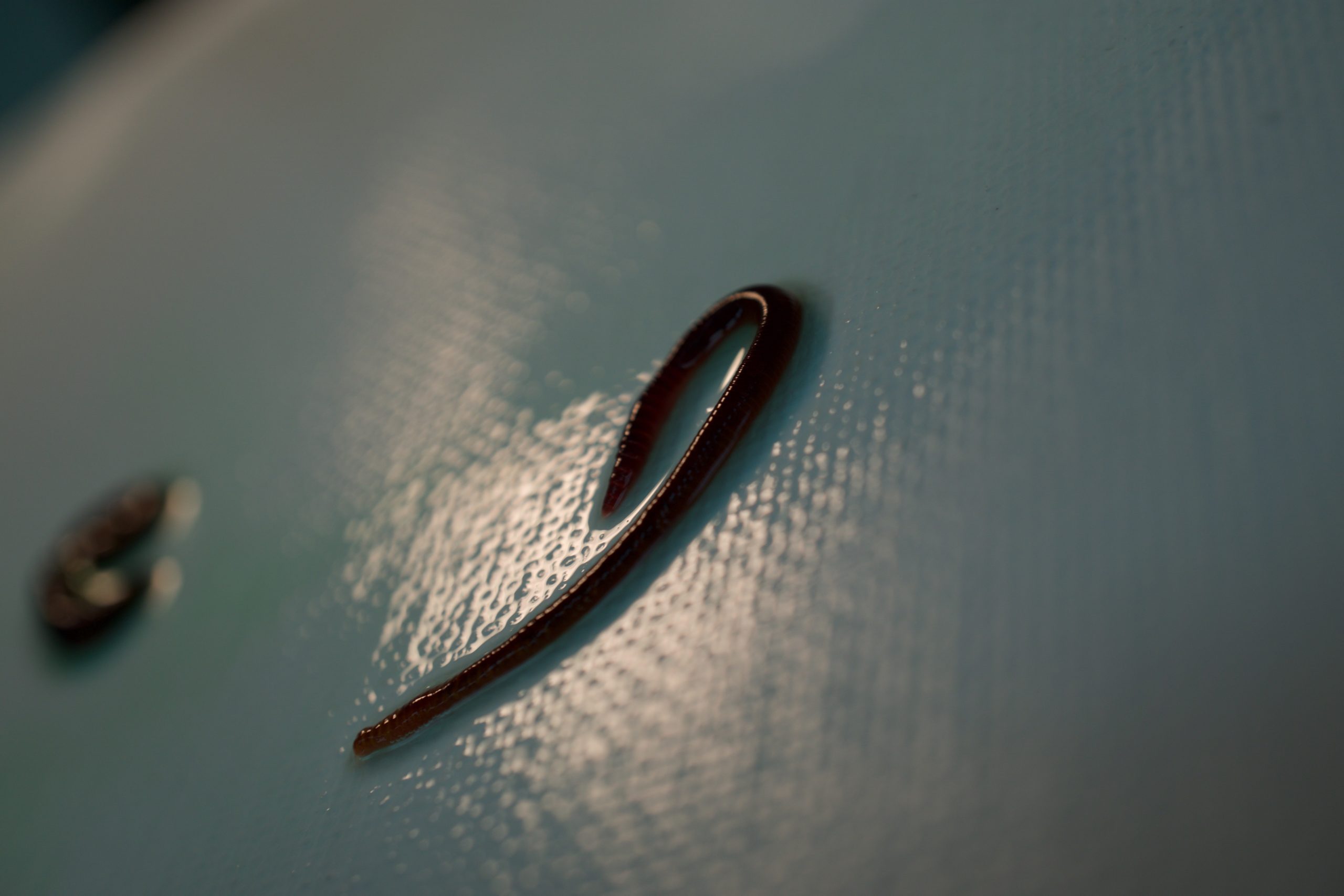 An earthworm from one of Lauren Ruiz's art installations. 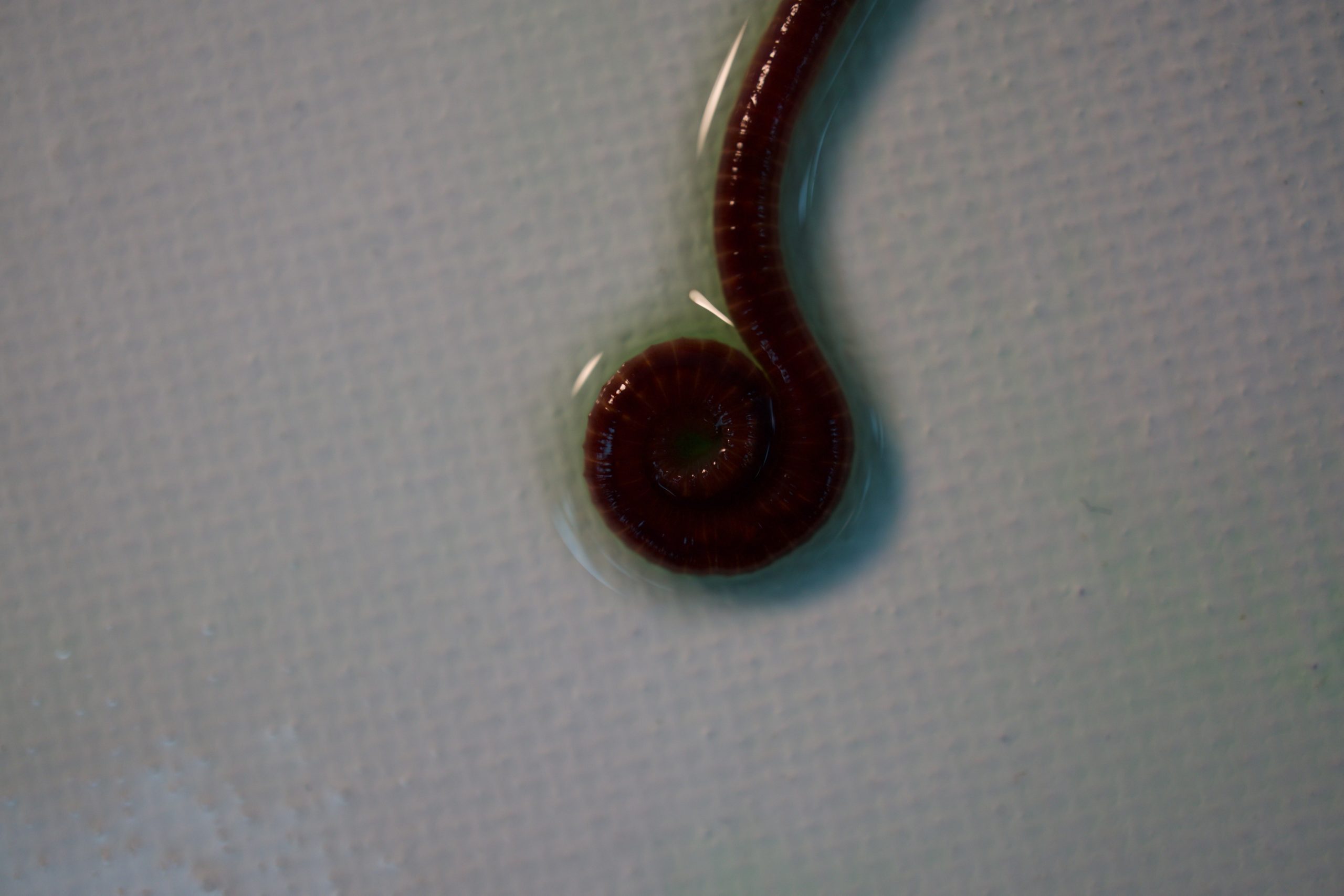 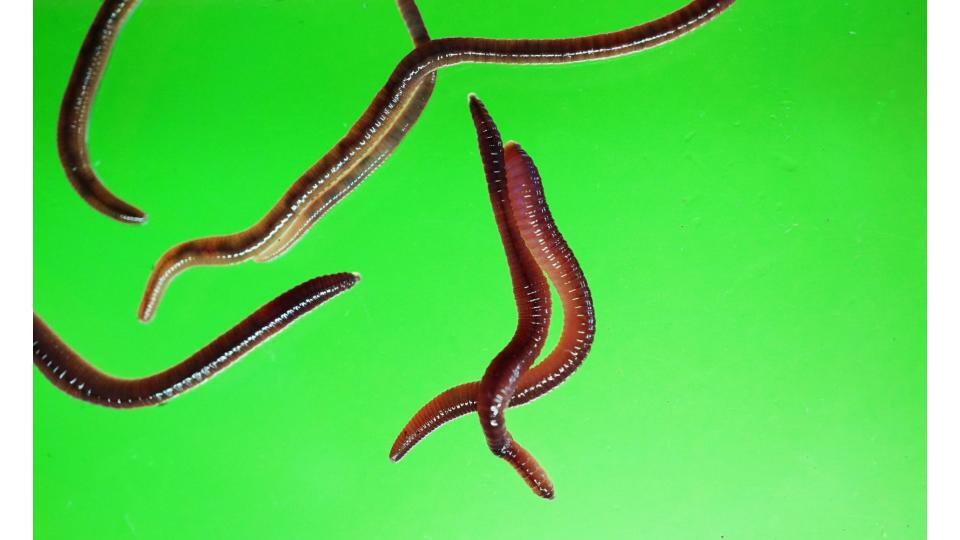 Earthworms from one of Lauren Ruiz's art installations. 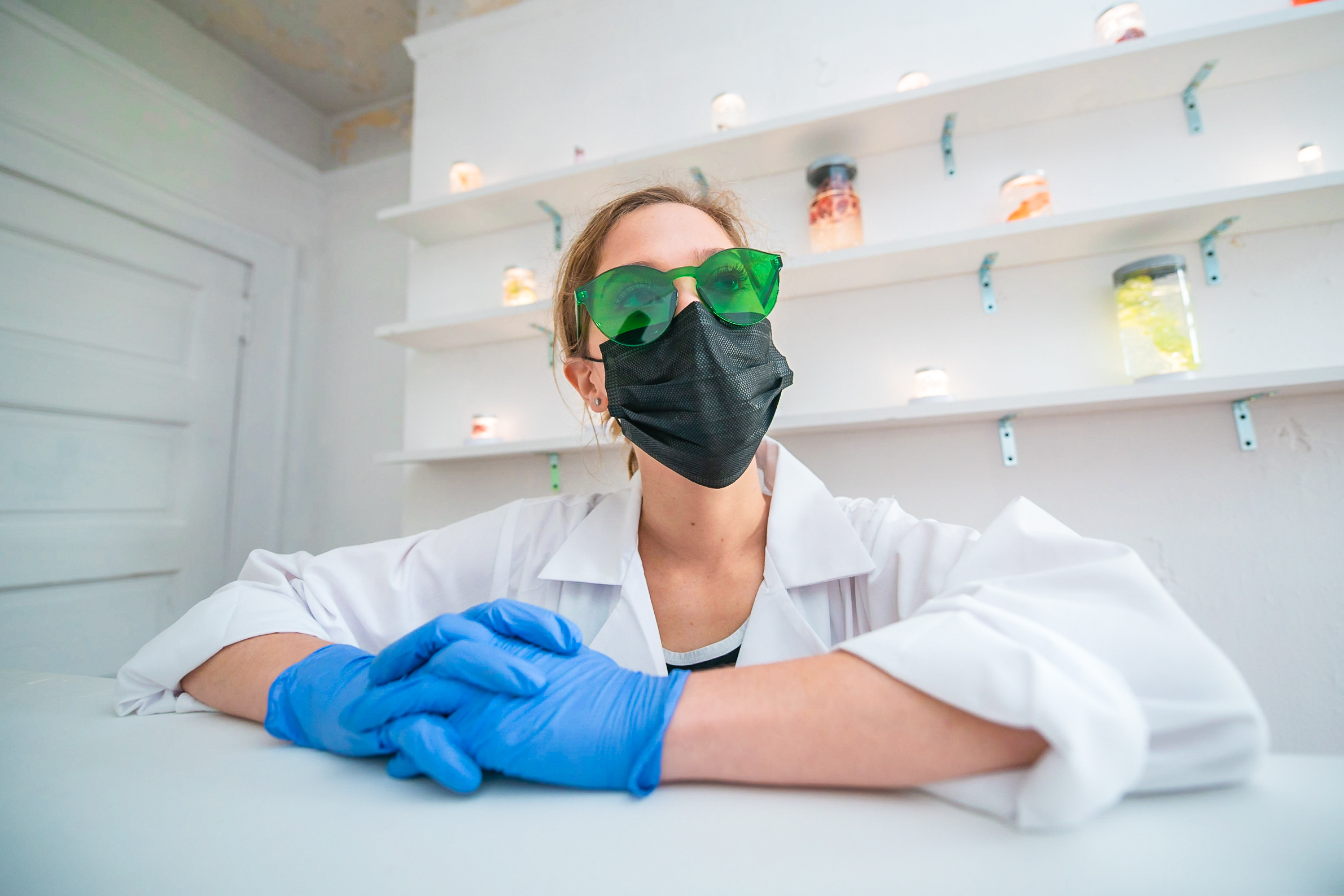 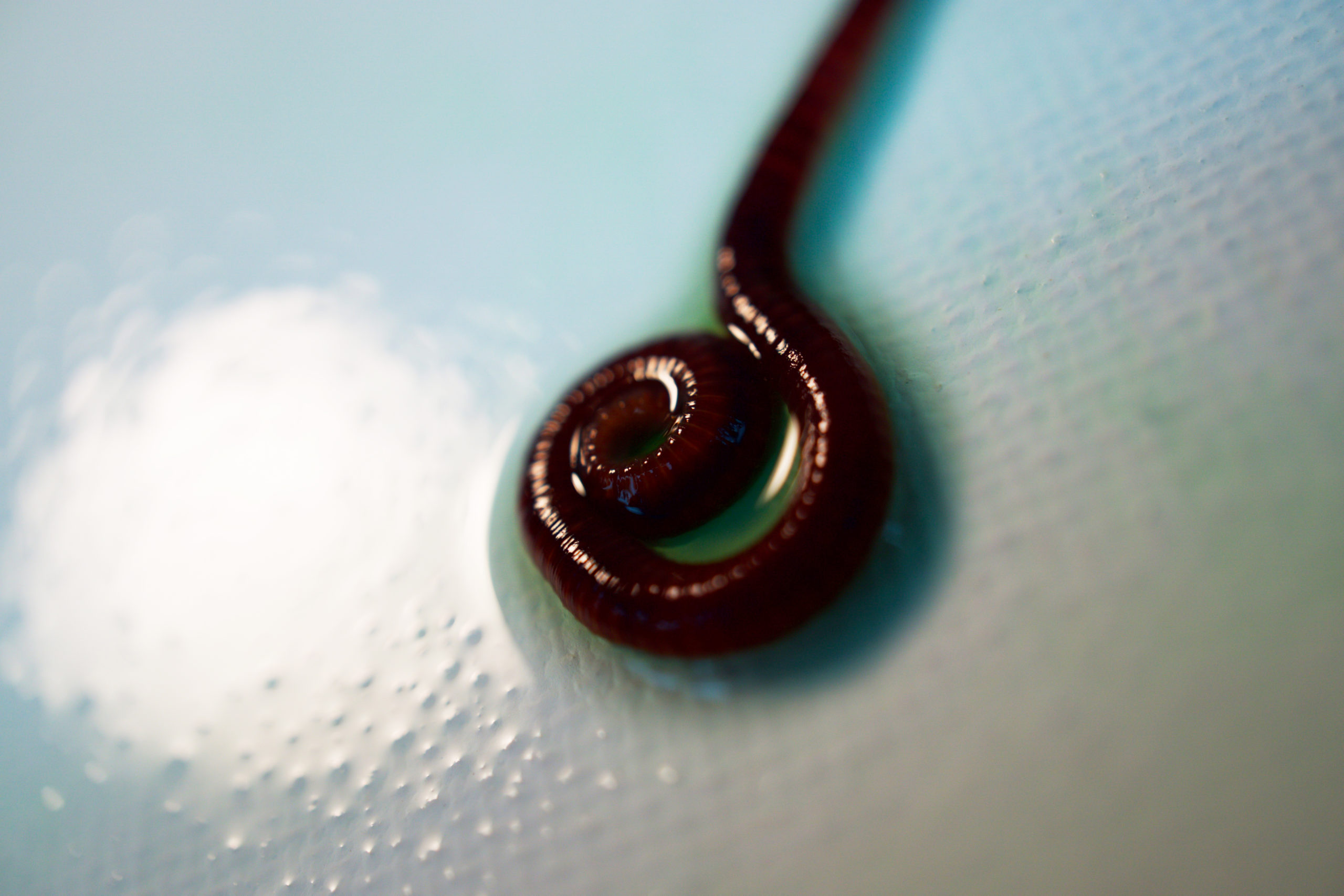 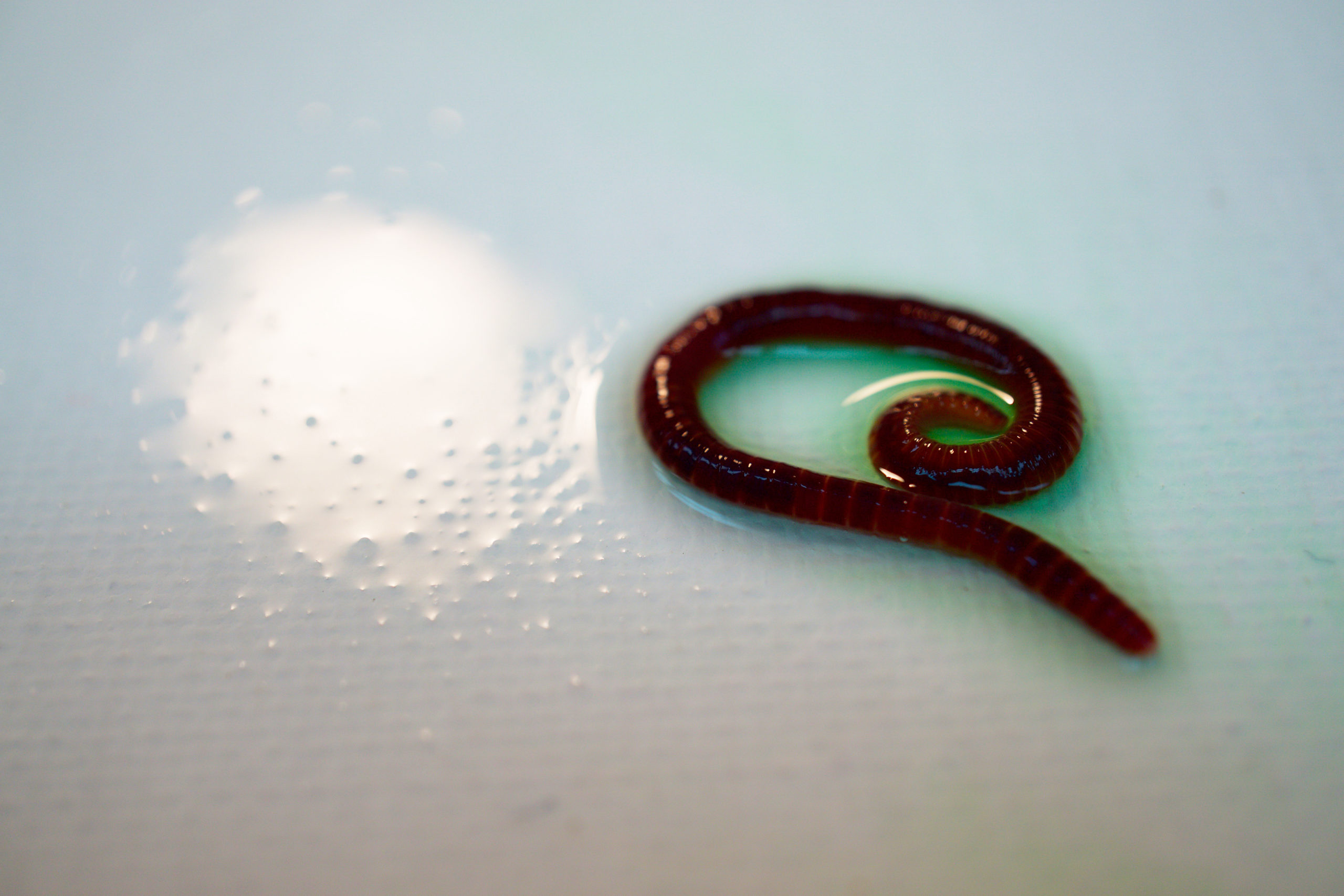 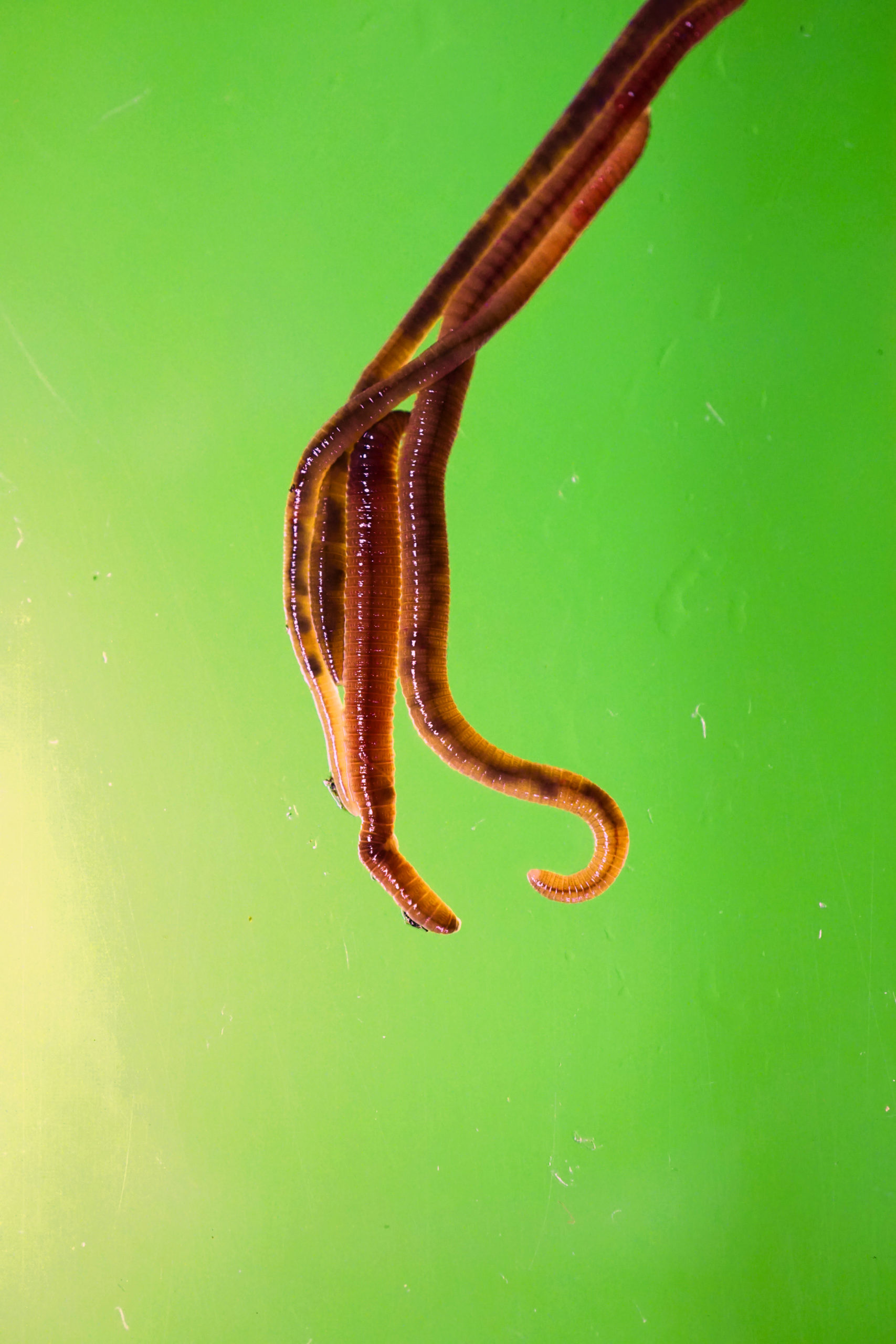 Earthworms from one of Lauren Ruiz's art installations. COURTESY OF THE ARTIST 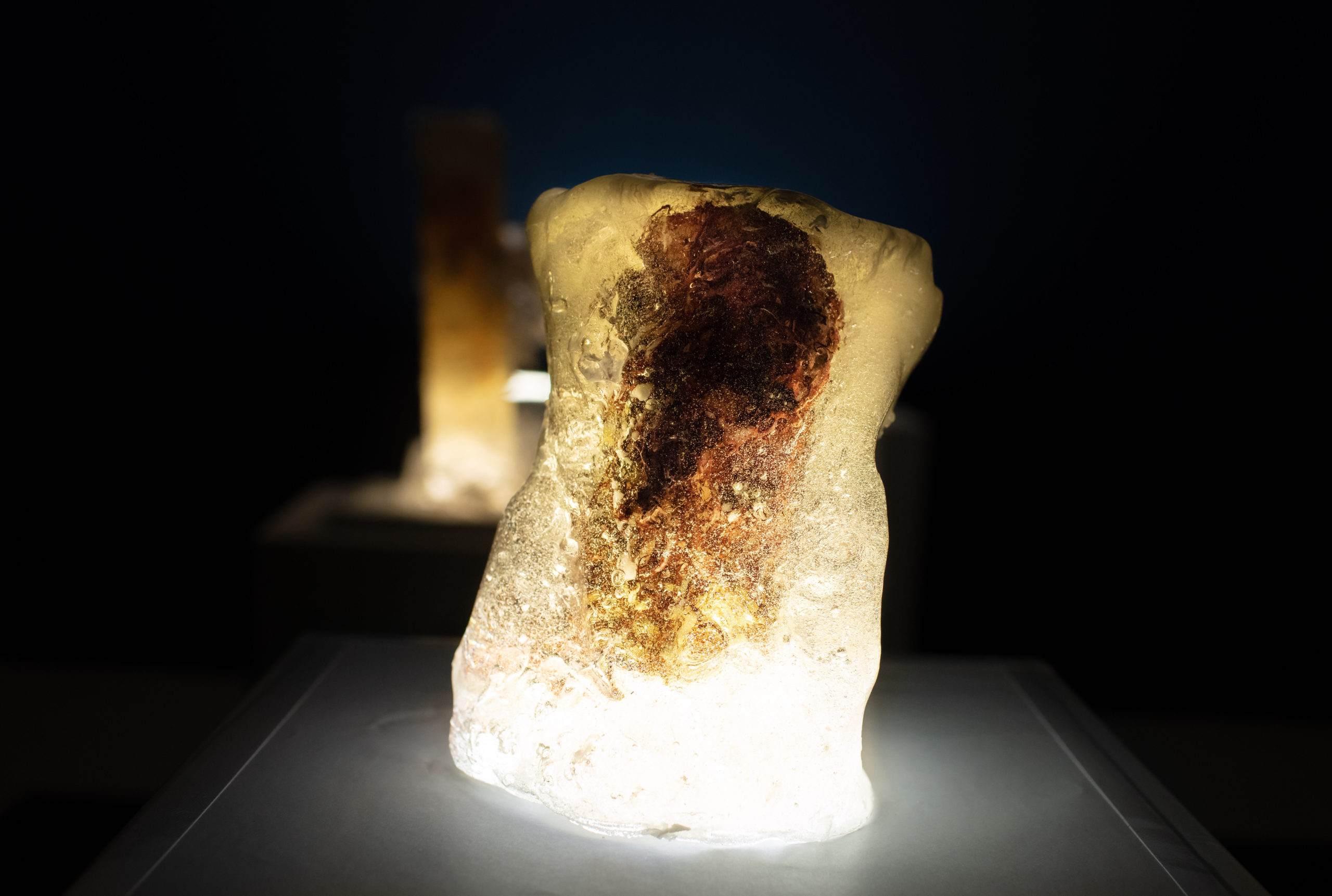 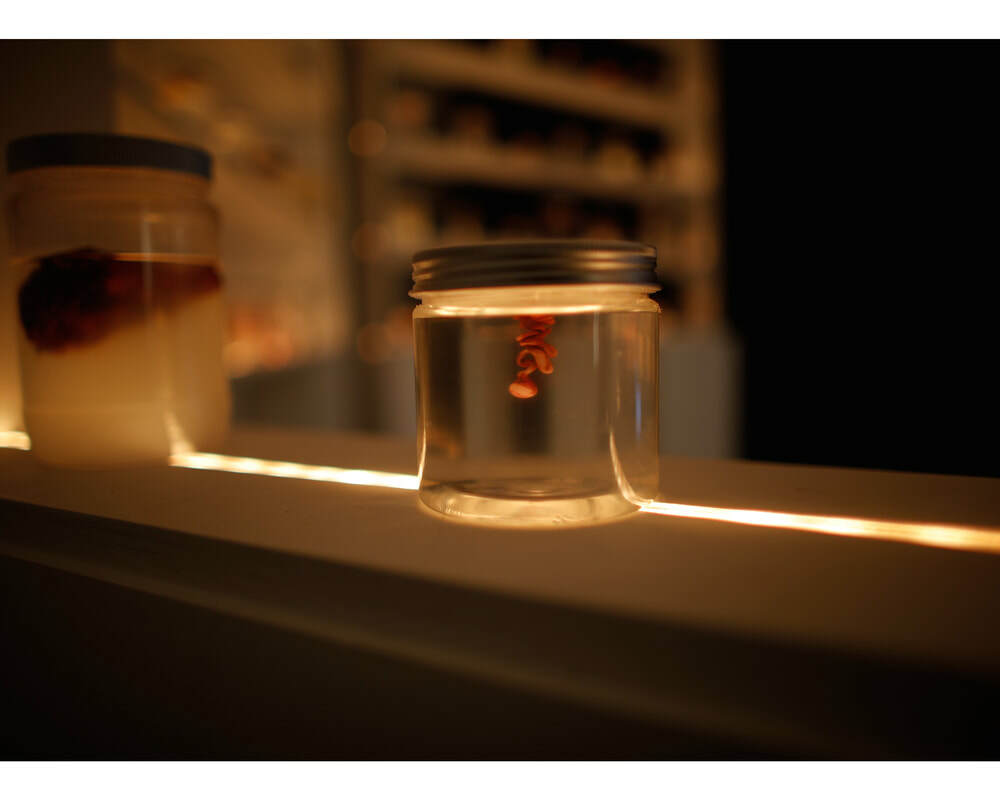 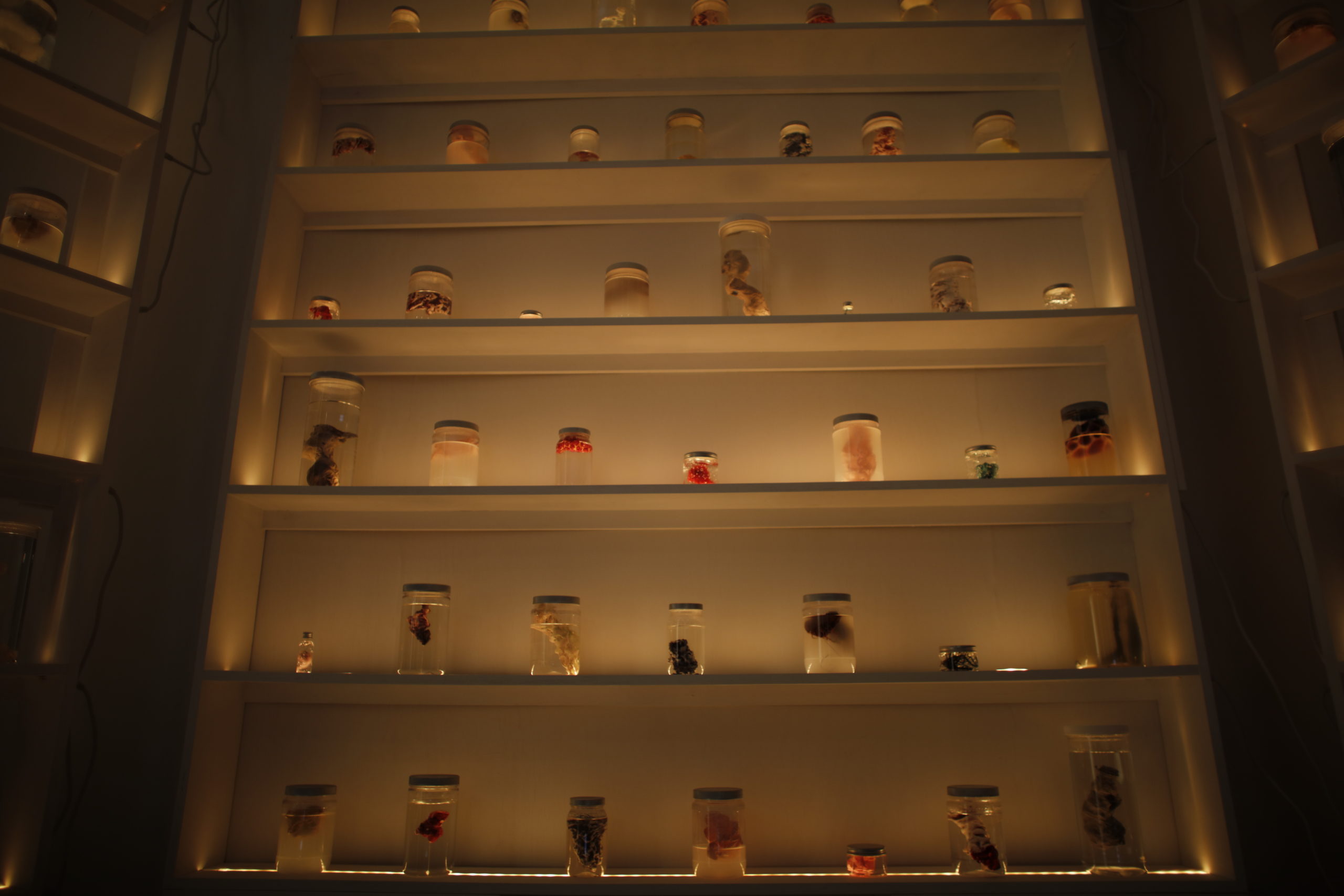 Granted, it’s not what you might typically expect to find among an artist’s collection of materials, but somewhere in the basement of Lauren Ruiz’s house in Bellport lives a group of earthworms going about their usual business of munching through organic matter, recycling nutrients and turning it all into rich soil.

“I have a couple hundred earthworms,” Ruiz confessed during a recent phone interview. “I ordered them from a worm farm in Pennsylvania, and they were shipped in a burlap sack. I put them in a tank with soil, I turn the compost, give them water and make them work for me.”

Part of the worms’ work — specifically, the sound of them processing soil — will be on display in “Zone of Loss,” a new commissioned piece that Ruiz is creating for “Earth — Artists as Activists,” an exhibition which opens this weekend at the Southampton Arts Center (SAC) and features some 30 participating artists.

“Earthworms are nonnative to North America. Both our earthworms — the red wiggler and the night crawler — came over with the settlers then from Europe,” Ruiz explained. “There must’ve been some kind of understanding in what their role was and they came with the plants. It’s hard to say the intention of how they got here.”

But what is truly interesting, she notes, is the terminology that humans use to refer to species such as earthworms.

“They’re not called ‘invasive,’ but ‘nonnative,’ because they relate to our needs,” she said. “Language is about things that serve us or do not serve us. The work earthworms do is monumental for the systems beneath our feet that go unnoticed by most people every day. But we can’t live without them. They sustain life and are important to crop production.”

It’s this overlooked aspect of nature that Ruiz is setting out to highlight in “Zone of Loss” and as a research-based multimedia artist, she often merges science, storytelling, politics and even religion in her art, which calls attention to the human impact on the environment. For example, in “Order of the Primordial Biome,” her 2019 Master of Fine Arts thesis exhibition at Stony Brook University, Ruiz created a lab-like setting that explored conflicting systems of belief between science and religion. Her fiction-based 2018 multimedia installation “Museum of the Last Fluidicists” presented a possible natural history museum of the future, complete with a narrative that delved into the realm of plastic pollution and species survival.

For the “Zone of Loss” installation at SAC, Ruiz is focusing on the truly local. Specifically, she’s recreating a visual cross-section of the fertile land of the South Fork by offering a literal and physical monument to the soil profile of the East End. Her sculptural piece will present a view of geological history, time and the forces at work on the substrate through layers of minerals, clay and organic matter. And the worms? Since Ruiz didn’t feel it was ethical to physically incorporate them into the piece, she is using the sound recordings she made of them burrowing in the compost and will project the audio into the space to reference the decay and transformation going on below.

“I wanted it to be as accurate as possible and in this organic shape,” Ruiz said of the piece. “When it comes to fabrication, it was an interesting feat I was taking on. It’s a central, large structure, 8 feet tall and really wide— at its longest it’s 12 feet. It’s the biggest thing I’ve ever made.”

Ruiz began the piece by sculpting a massive supportive form from Geofoam — a construction material which she concedes is not organic — which she then covered with different layers of organic material from the loamy to the subsoil, topsoil and finally, grass to represent the ground beneath our feet, “so it looks like a chunk of earth,” said Ruiz, adding, “Because of the space and the pandemic, I wanted to get back to creating something confrontational.”

And when it comes to the concept of land and what should be done with it on the East End, perhaps there is nothing more confrontational an artist can take on.

“Our relationship to land is so varied. We walk on land, mow it, buy it and sell it,” she said. “It can be rich and important if you’re looking at its environmental systems, or affordable or not depending on who owns the land versus who works it.

“These are the concepts I wanted to hone in on — the land itself,” said Ruiz, noting that as an artist, she’s never expecting to find a solution to remedy what’s been done to the environment by humans. She’s more or less reporting.

“It’s about looking at what has happened and asking how do we adapt or learn to accept it?” she said. “It’s an ecological artist’s lens where I don’t want to say I’m a nihilist, but I’m fully aware of the extent of the damage that has been done.”

Interestingly enough, this new show at SAC was intended to open in April 2020 in celebration of the 50th anniversary of Earth Day, but when the museum was forced to close for two months last spring due to the pandemic and the show canceled, SAC Executive Director Tom Dunn felt it was too important not to revisit.

“SAC as an institution that is very committed to work that shines a light on the environment and people affected by environmental issues,” he said. “Once we knew we had to cancel the show in 2020, we knew we wanted to remount it.”

Fortunately, though SAC’s former artistic director, Amy Kirwin, moved on to a new position at Guild Hall earlier this year, she was able to curate the exhibition for SAC prior to her departure.

“It was a project I started last year. I was very deep in the process and felt it was important to see it through,” Kirwin said. “Both Guild Hall and SAC were supportive.”

Though some of the artists slated to be in last year’s exhibition couldn’t participate this year and Kirwin was forced to make some changes and additions, she estimates that 80 percent of the show planned for last year is in this new version as well.

“The primary requirement is that these are artists who have a passion for conservation and their work reflects that,” Kirwin said. “They work in a variety of mediums and it’s a wide variety of talented individuals who used their creativity to reflect a pretty broad view meant to take you on a journey.”

In addition to the art on view, SAC has lined up a full slate of related virtual and in-person programs in the coming months. Created by Daniela Kronemeyer, the programs focus on topics such as sustainability, wildlife, gardening, meditation and more.

“What we’re hoping to accomplish with this, in addition to creating a dynamic and beautiful collection of art and complementary programs, is that there will be an actionable component,” Dunn said. “The programs themselves will have a call to action.

“This exhibition squarely aligns with SAC’s long-term and continued commitment to the environment and the people of our community,” he added. “Environmental justice can be discriminating, leaving many of our neighbors behind. We’re conscious of the fact, and this show will shine light on important topics related to these issues.”

The exhibition is free and open to all with a suggested donation of $5. The gallery is open Thursday through Sunday from noon to 5 p.m.

In partnership with Group for the East End

In partnership with Group for the East End

A program with Group for the East End