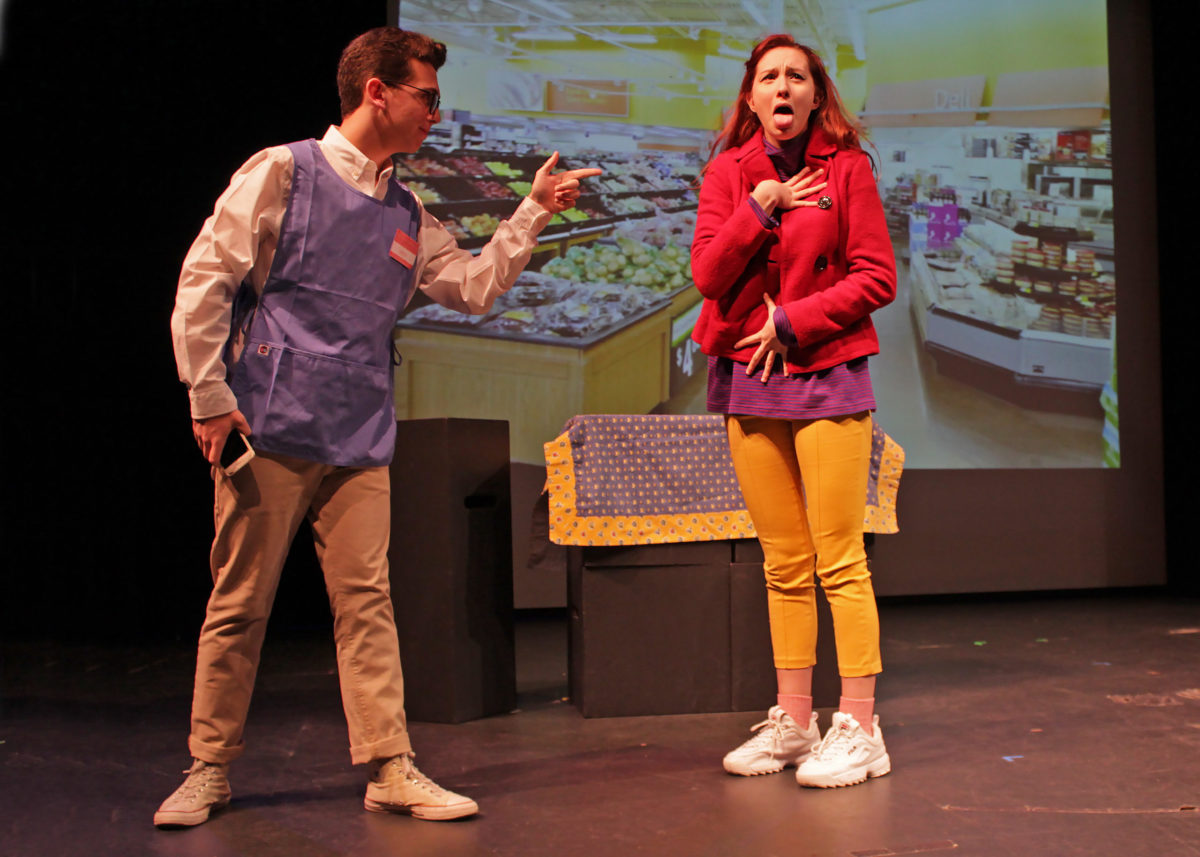 The Young Artists and Writers Project (YAWP) at the Southampton Campus of Stony Brook University is dedicated to mentoring middle and high school students in the development of creative expression and critical thinking through writing, and is an integral part of Stony Brook Southampton’s commitment to its community, and to the next generation of readers and writers.

On Saturday, December 14 at 7 p.m., high school students from across the East End will present an evening of student-written and -performed short plays in the Avram Theater on the Southampton campus as the culminating event of the YAWP 2019 High School Playwrights Project and the YAWP Summer Workshops. Five plays have been selected from students who attend Hampton Bays High School and Pierson High School and two have been selected that were written by students in the summer session, one of whom attends the Ross School and the other of whom attends a New York City school.

The Festival represents the collaboration between student playwrights and actors who have been mentored by theater and writing professionals affiliated with Stony Brook Southampton’s MFA in Creative Writing, which created and sponsors the YAWP programs. Professional directors stage the plays, which encompass an array of genres — from comedies to dramas — with subject matter drawn from the students’ own lives.

Over 100 students participated in the 2019 YAWP High School Playwriting Residencies and YAWP Summer Programs. Over the course of two months in the fall school-based residencies at Pierson and Hampton Bays high schools, as well during the July summer workshops, students explored the basic elements of dramatic writing — how to develop ideas, characters, themes, dialogue and scenes.

The Young Artists and Writers Project is helmed by executive director Emma Walton Hamilton and program director Will Chandler. Hamilton is a bestselling children’s book author, editor and arts educator and serves as director of Stony Brook Southampton’s Children’s Literature Fellows Program. A co-founder of Bay Street Theatre, she was the theater’s co-artistic director, and subsequently director of education and programming for young audiences for 17 years. Chandler, an American Academy of Motion Picture Arts and Sciences (AMPAS) Nicholl Fellowship screenwriter, also served as education director and as a teaching artist for Bay Street Theatre. He has written a number of screenplays for clients ranging from Sony Pictures to actor Russell Crowe and has been a story analyst/script doctor for ABC, CBS, NBC, Viacom and HBO, among others. He teaches screenwriting at the graduate and undergraduate level for Stony Brook University.