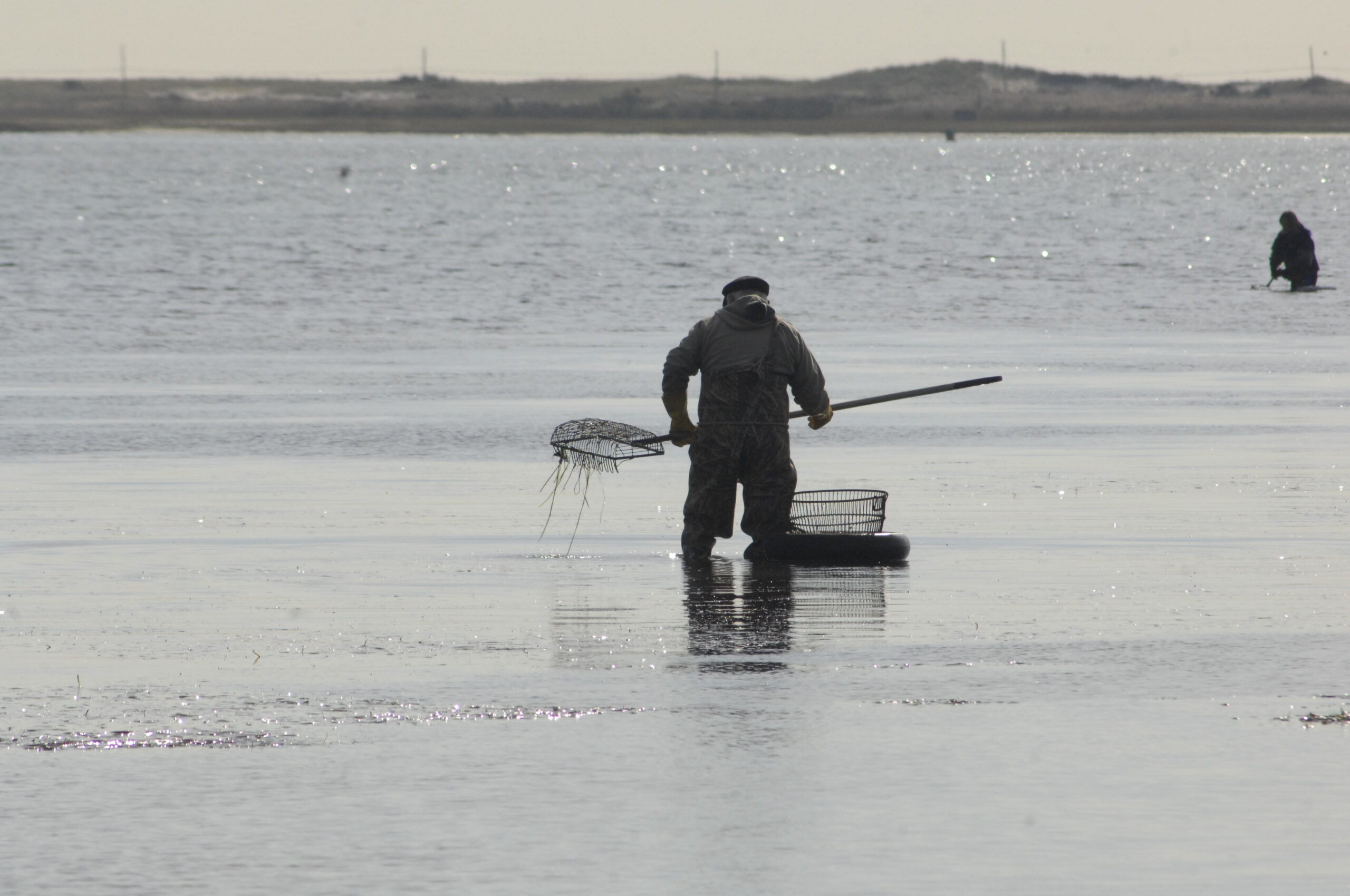 For the fourth year in a row, researchers who monitor the bay scallop population in the Peconic Estuary say there are clear signs of a massive die-off of the valuable shellfish unfolding on local bay bottoms. Biologists from the Cornell Cooperative Extension Marine Program say that they have seen almost 100 percent mortality of adult bay scallops at monitoring sites in Northwest Harbor and Orient Harbor. A parasite is likely contributing to the scallops’ demise, but record-high water temperatures in the bays caused by climate change are also adding to the stresses the dwindling population faces. Senior reporter Michael Wright joins the editors on the podcast this week to discuss the plight of Peconic bay scallops and what’s being done in an effort to reverse the trend.

Subscribe to 27Speaks on Apple Podcasts, Google Podcasts and Spotify.

IRS Says Septic Rebates Will Not Be Taxed

The Internal Revenue Service on Friday afternoon issued a notice that it would no longer ... 2 Dec 2022 by Michael Wright

Sag Harbor Village Police Reports for the Week of December 1

SAG HARBOR — On November 23 around 5:25 p.m. a Main Street resident called Village Police to report a suspicious bright light in Mashashimuet Park. Police said they found a group of children playing basketball and using a portable light to light the court. They were advised they could continue their game. SAG HARBOR — A Brandywine Drive resident called Village Police on November 25 to report that around 11:50 a.m. his surveillance system showed three men, not known to him, exiting a pickup truck in his driveway and walking into the backyard of his property. When confronted, via a ... 1 Dec 2022 by Staff Writer

After Honoring One of Its Own, Hampton Bays Boys Basketball Tops Bridgehampton in Arthur J. Jones Home Opener

We try not to lose sight of the caterpillars as they are unintentionally brought into the house. You find them when your hand grazes one, and its “horns” erupt. If you see the bright orange prongs and lean closer to sniff the caterpillar, as a real predator might, you’ll be hit by a strange little smell. If you were that predator, and the horns didn’t scare you, maybe this offensive scent would. To the modern human, the caterpillar does have a funk, but it’s so distinctive that you’re likely to sniff harder. What the insect emits is complex and sudden, ... by Marilee Foster

Suffolk County is nuclear-free — none of the seven to 11 nuclear power plants proposed for the county became a reality — after decades of intense grassroots and governmental opposition. A key element was Suffolk County and New York State determining, after an extensive study, that a successful evacuation would be impossible in the event of a major nuclear power plant accident at the first nuclear plant built here, at Shoreham. Thus, Suffolk County and state governments refused to draw up and agree to implement a federally required evacuation plan. The Shoreham plant was scuttled. But now the U.S. Nuclear ... by Karl Grossman

Is It Holiday Time Yet?

It’s December 1. We can talk about the holidays. Finally. As if my Instagram feed hasn’t been advertising Advent calendars since Halloween. As if my satellite radio didn’t start playing holiday music on November 1. As if I didn’t shop at a pre-pre-pre-Black Friday sale in September. I’m Jewish, so, of course, my favorite holiday is Christmas. I love the lights, the trees, the carols. I wrote a column about my love of carols. Read it on the 27east.com archive. I’m sure you’re not too busy getting ready for Christmas. You’ve got 24 whole days! For me, the best thing ... by Tracy Grathwohl

Crime is happening here on the East End, especially crimes involving the theft of luxury ... by 27Speaks

This reflection is prompted by the recent news reports concerning the efforts of the Schiavoni family to rebuild their modest store on Long Island Avenue [“Judge Orders Halt to Work at Schiavoni Property in Sag Harbor,” 27east.com, November 16]. Unless we are among a very few Native Americans, all of us living in Sag Harbor “came from away,” in the vernacular of the recent Broadway hit. We may have come early enough to have participated in the Revolution of 1776 and had forbears interred in the Old Burying Ground at Madison and Union streets, or we may be 21st century ... by Staff Writer
×