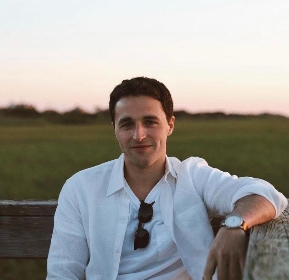 Amagansett, NY, July 17, 2021 — Author Wil Glavin’s second novel, “Silhouettes South of 27” will be released on July 15, followed by a live event at the Bayberry Nursery in Amagansett.

The book takes place during a summer in the Hamptons. Four twenty-somethings, living on the same property, each tell their versions of what happened during their three months together. But who’s telling the truth?

Wil’s debut novel, “The Venerable Vincent Beattie,” covered the dark side of growing up in Manhattan private schools, and his new book focuses on dating during the smartphone era, materialism, sexuality, pop culture, music, and fashion.

Known for his debut novel and his exclusive in The New York Post, Wil, a Tufts University graduate, worked at Marvel Entertainment, ICM Partners, and Sony Pictures.

The event is open to the public and starts at 11 am on Saturday with refreshments, readings and book signings.