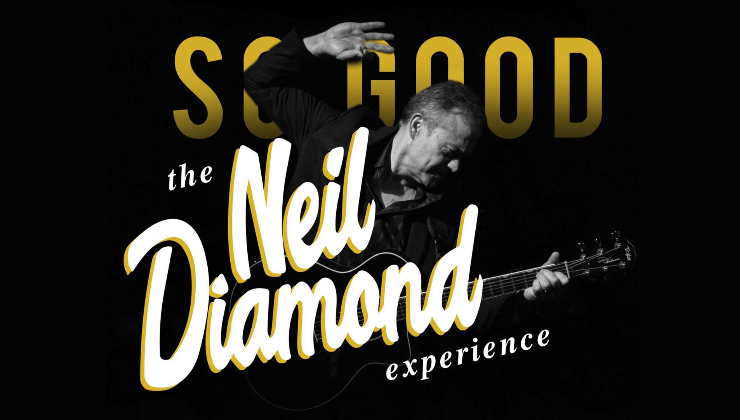 SO GOOD! The Neil Diamond Experience

A one of a kind tribute to one of the greatest and most successful recording artists in history!

This is a tribute show to Neil Diamond unlike any you have ever seen or heard before. Broadway, television, and motion picture actor, Robert Neary talks about the songs and tells stories behind them, from Neil’s interviews, and autobiographical books. You will swear you are watching the master himself, with a finale that will blow your mind.

Robert Neary gained success as an actor when he was 20 years old with a guest star role in the Televsion series “Fame.” After a 2 year stint on General Hospital, as Officer Frank Marino, Robert moved to Nashville to pursue Contemporary Gospel music. Robert landed his 1st Broadway show in 1996, starring in Smokey Joe’s Cafe. In 2017, Robert returned to NY when he understudied the lead role of Sonny, in the Broadway smash, A Bronx Tale, The Musical, and got the chance to perform the famed role, over a dozen times.

The Mystic has been performing together for over 20 years. A collection of talented musicians with extensive resumes including performing on Broadway’s Moving Out, and TV series “Rock Star Supernova.” This amazing and versatile band can cover songs from every genre, perfectly. Robert knew he found his band the very 1st time he ever heard them play.