The Grift—A Practice in the Art of Deception - 27 East 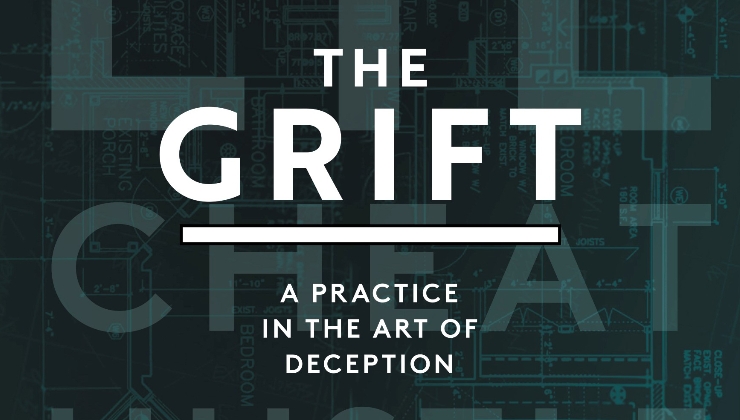 The Grift—A Practice in the Art of Deception

Are you sharp enough to take him down?

Part theater and part game, The Grift is an immersive, site-specific experience beginning and ending at Bay Street, and moving through several locations nearby in Sag Harbor.

Dropping its audience of 50 per show into the middle of an adventure in which they are trained in the art of the con, participants meet characters, solve clues, and get a master class in the ways of the grifter, all in the interest of pulling off one final grift to take down a seamy criminal mastermind.
Audiences will have their intelligence tested and get trained in scams like The Pig In The Poke, The Round-The-Corner, and The Money Swap—but will they be sharp enough to take down an evil genius at his own game?

The Grift premiered in 2015 to rave reviews and to sold-out performances in San Diego, produced by the Tony Award-winning La Jolla Playhouse. Writer-director Tom Salamon makes his return after his other immersive UK successes, Accomplice (produced by the Tony Award-winning Menier Chocolate Factory) and Goosebumps Alive (The Vaults at Waterloo).
Each audience will be divided into groups of 10. Proof of vaccination and masks are required on arrival.