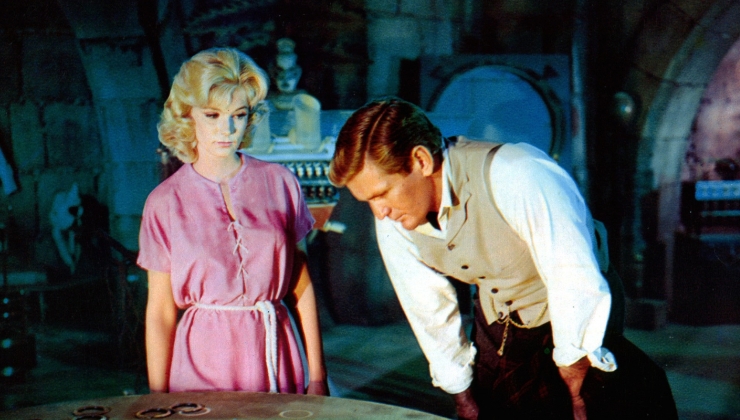 Scientist H. George Wells (Rod Taylor) builds a time machine, and despite the warning from his friend David (Alan Young) against “tempting the laws of providence,” decides to visit the future. Jumping ahead 14 years, he observes changes in women’s fashion. Jumping ahead 40, he meets David’s son (also Young) amid a terrible war. Finally, he travels thousands of years ahead to discover a post-apocalyptic world inhabited by humanoid Eloi and the monstrous Morlocks that feed on them.

Join the WHBPAC every Thursday afternoon for a series of films celebrating the legacies of the late great stars of the screen. After each screening, discuss the mark each star left on cinema, television, or culture with fellow attendees in our lounge.

Yvette Carmen Mimieux was an American film and television actress, best known for her role as Weena in The Time Machine (1960). Throughout the course of her career, both contracted with MGM and after, she often was cast as “a wounded person, the ‘sensitive’ role”, citing it was a “soulful quality” of hers that lead to that casting. However, by the 1970s, she began to express dissatisfaction with the types of roles available to women in general, calling them out as flat and uninteresting. Not content to sit back, she began writing short stories and films, and worked with Aaron Spelling and Leonard Goldberg to produce one of her scripts, a thriller, as a made-for-TV movie for ABC.