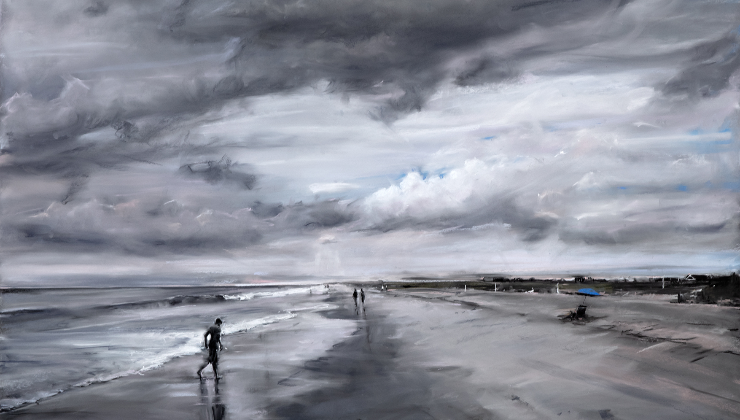 MM Fine Art is thrilled to present two exhibitions “Susan Grossman: Afterward” and “Christophe Von Hohenberg: Friends, Lovers, & Others”, both exhibitions will be on view August 6 – 21, 2022 with an opening reception Saturday, August 6, 6 to 8 PM.

Discovered by American Vogue in 1979, von Hohenberg has since worked with Interview, Vanity Fair, French and German Vogue, Art Forum and The New York Times Magazine. Von Hohenberg’s work has been included in two exhibitions at the Museum of Modern Art in New York. 2018 marked a solo exhibition with CFHILL Gallery at the Fotografiska Museum in Stockholm Sweden. His work is included in the permanent collections of the Norton Museum of Art (Palm Beach, FL) and Guild Hall (East Hampton, NY). His critically acclaimed book Andy Warhol: The Day the Factory Died was awarded the AIG Book and Photo District News Award in 2007, which was followed by the publication of Another Planet: New York Portraits 1976-1996. 2014 marked the publication of his third book, Shadows of the Gods: Mexico City, and 2020 his most recent venture, The White Album of the Hamptons.

As art critic Phyllis Braff has said about Grossman’s work, “like many effective metaphors, the work invites multiple readings. Its intentional ambiguity is underscored
by faceless, generalized figures and by an open, non-specific narrative. Much implied, yet nothing is resolved, lending a compelling sense of edginess.”

Grossman finds compelling subjects and locations by crisscrossing the city and taking numerous photographs. Once in the studio, Grossman, like William Kentridge, begins to draw and then obsessively shifts her narrative world away from her sources. She repositions buildings and vehicles while adding and subtracting characters to achieve the final cut. The physicality of her process is crucial to achieve the “just happened” feel of her work.