Andrew Zimmern: 'Bizarre Food' Dude Gets His Due - 27 East

Andrew Zimmern: ‘Bizarre Food’ Dude Gets His Due 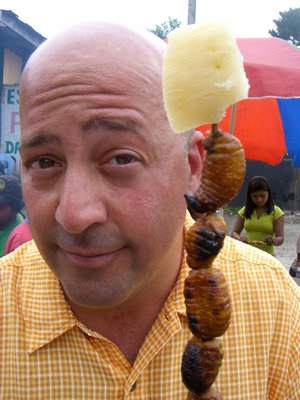 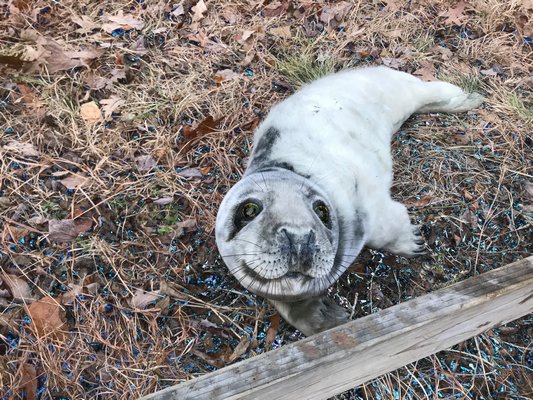 Chef Greg Grossman cooked his first meal at age 8 and is known, by some, as a prodigy. COURTESY GREG GROSSMAN

Whether in a jungle somewhere eating a nameless bird that looks like it came from the pages of a Dr. Seuss book or in Minneapolis during the mid 1990s trying to convince Midwesterners that eating raw clams in his restaurant was normal, one thing has always been apparent to Andrew Zimmern: what people consider to be bizarre food all depends on their culture.The television host, chef and food writer knows of which he speaks—he’s widely regarded as one of the most versatile and knowledgeable people in the food world. He’s the creator, host and co-executive producer of Travel Channel’s “Bizarre Foods with Andrew Zimmern,” “Andrew Zimmern’s Bizarre World,” and “Bizarre Foods America.” He’s known for his travels around the world, exploring food in its own terroir. Additionally, the chef opened a food truck, AZ Canteen, last summer and is working with Pat LaFrieda Meat Purveyors to launch a proprietary line of cured and cooked meats.

On Saturday, July 20, the two-time James Beard Award-winner for “Outstanding Television Personality/Host” will be honored at the James Beard Foundation’s annual “Chefs & Champagne” event at Wölffer Estate Vineyard in Sagaponack.

During a telephone interview in between meetings in Minneapolis last week, Mr. Zimmern explained that bizarre foods are not the only things that gastronomically depend on culture—sustainability and the role that everyday food plays in our lives is the most culturally important topic, he said.

“A lot of people look at events like Chefs & Champagne put on by the James Beard Foundation and other groups, and say, ‘this is a prime-time ticket event,’” he said. “It’s vitally, vitally important because of the conversations started by the chefs in the community. So many things are changing because of its awareness raising.”

The conversations that occur at events like Chefs & Champagne are important because they happen between the people who buy, sell, cook and eat food, revolving around the ecological and economical sustainability for the future, according to Mr. Zimmern, who has deep East End roots but now lives in Minneapolis with his wife Rishia, and son Noah. The chefs are saying “pay attention to the farmers,” he said.

In places like here, locally raised hormone-free, antibiotic-free livestock and chemical-free produce are key to reviving the local economy, and living a more healthful, fulfilling life, he continued. Getting people away from processed, factory-farmed foods is part of the gospel of the James Beard Foundation, and something the chef is proud to be a part of.

Before he was traveling the world, eating offal, sweetbreads, organ meats and other delicacies on every continent, Mr. Zimmern was summering with his parents, Bob and Caren, in the Hamptons. The Zimmerns had a home in East Hampton from the 1940s until they sold it 10 years ago, and Mr. Zimmern’s first cooking jobs were here. In 1974, at the age of 13, his mom got him a job shucking clams at a roadside seafood shack called the Quiet Clam in East Hampton.

“I love cooking seafood. It’s the thing I was always most interested in and most comfortable cooking. It set my course for a lifetime of cooking,” Mr. Zimmern said of his many summers on the East End.

Spending so much time out East, he learned the importance of local sustainability, which is why it resonates so deeply with the television host. While growing up, Mr. Zimmern reported, he would surf cast for striped bass; crawl the dunes into Georgica Pond and pull blue crabs out using chicken bones for bait; and throw cookouts over open fires on the beach.

His media empire was built on his chef career, which started on a foundation of local ingredients provided by farmers, baymen and fishermen on the East End.

“My first chef job was in Southampton at Conscience Point Inn during the summer of 1986. It was the first time I had cooks who looked at me and called me chef, and I f---ed it up royally!” he laughed. “Hamptons magazine interviewed me. I sounded like such a snotty brat. Later, my wife found the article and framed it and hung it in our kitchen to remind me what a shithead I was.”

In 1992, Mr. Zimmern moved to Minneapolis from New York, after a stint in rehab there (he has remained sober ever since), becoming the chef of Café Un Deux Trois in Minneapolis’s Foshay Tower. The restaurant garnered much critical acclaim but it was a tough sell for Minnesotans to accept the raw bar and fresh seafood he had flown in from Montauk.

“I’ll tell ya, when I moved to Minneapolis, I put what at the time was the first raw bar in to the Twin Cities. I had lobsters and clams, bluefish sent from Montauk, I would grill it, smoke it and make pâtés,” Mr. Zimmern recalled. “People would not order it, they were freaked out, I was a little bit ahead of the curve.”

Today the television show host makes it out east about every two years. Although much has changed since his childhood, relaxing in nature is still what he prefers best, he said.

“The great thing about being in East Hampton, Bridgehampton, Sag Harbor, wherever you are, is not going out to restaurants, but being on the beach as long as possible, having a slice of tomato from a farm stand, throwing a piece of fish on the grill and baking a fruit pie—not leaving but watching the sunset and the light change,” Mr. Zimmern said. “One thing that hasn’t changed is, physically, it’s one of the most beautiful places on the planet.”

“Chefs & Champagne,” featuring the culinary offerings of more than 35 renowned chefs, will be held at Wölffer Estate Vineyard in Sagaponack on Saturday, July 20, from 6 to 8:30 p.m. Tickets are $275, or $200 for James Beard Foundation members. For reservations, call (212) 627-2308 or visit jamesbeard.org. For additional information on Mr. Zimmern, visit AndrewZimmern.com.