Beach Bakery Cafe Renovations Approved By Westhampton Beach Village Board; Halloween Parade Is Back On - 27 East

Beach Bakery Cafe Renovations Approved By Westhampton Beach Village Board; Halloween Parade Is Back On 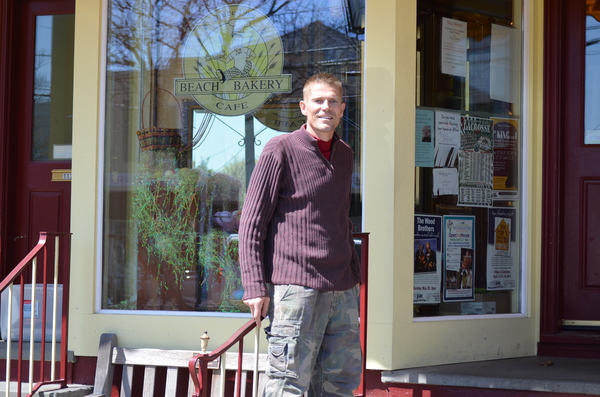 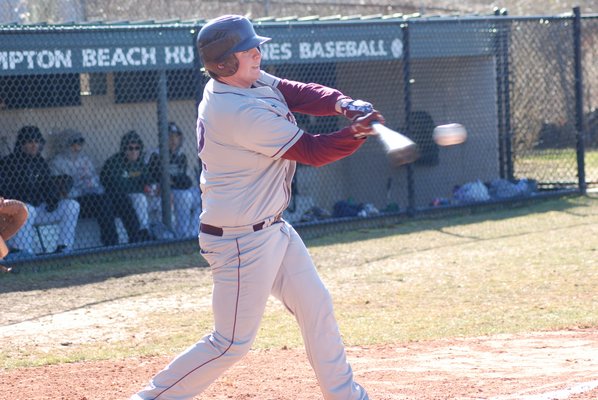 The Westhampton Beach Village Board unanimously approved a special exemption permit for Main Street business owner Simon Jorna last week that will allow him to complete long-awaited renovations to the Beach Bakery.

Following a brief public hearing last Thursday night, October 4, at which no one from the public addressed the board, the trustees voted to approve the application that will allow Mr. Jorna to combine three separate but connected lots that he already owns and convert his 12-seat bakery into a 32-seat bakery and luncheonette. In total, the three properties make up 13,272 square feet, or just shy of a third of an acre.

“We are thrilled,” Mr. Jorna’s attorney, J. Bradford Kenealy of Massapequa, said on Friday morning. “For him it has been 10 years in the making, and for me it has been almost two—we are definitely excited.”

With his permit approved, Mr. Jorna can start the renovations to his bakery, which he hopes to have completed by next Memorial Day, as soon as building permits are issued by the Building Department. Last week, Westhampton Beach Building and Zoning Administrator Paul Houlihan said Mr. Jorna should have his building permits by mid-October or early November at the latest.

Renovations for the business include a 2,400-square-foot addition to the ground floor of the bakery, which will double its current occupancy limit, along with a 1,300-square-foot addition to the second floor that will be used mostly for storage. Behind the bakery, a one-family cottage will be demolished to make room for a 16-stall parking lot and a new septic system.

Once completed, the renovations to the bakery will clear up several existing violations currently associated with the property. Several years ago, Mr. Jorna converted a three-bedroom apartment above the bakery into a five-bedroom dwelling, village officials have said. In addition to not securing approval for those renovations, Mr. Jorna does not have enough parking—only two spaces when at least four are required—for the tenants.

The property violations were first discovered by the village in 2001. Mr. Jorna has presented several plans over the years to address them and, for various reasons, tweaked them before securing final approval. According to Mr. Houlihan, Mr. Jorna first came before the village trustees in May 2011 seeking the variance to combine the three lots, but the trustees ruled that Mr. Jorna first needed to finalize his renovation plans with the Westhampton Beach Village Planning Board.

In May, the village considered denying Mr. Jorna his outdoor dining and music permits for the summer because his business was still in violation and he had not yet secured site plan approval for the renovations. In the end, they told him he had one year to get his building permits in order.

Mr. Jorna said on Monday that he hopes to have the building permits as soon as possible, so the renovations can be finished by next summer. His business, he said, will not have to close during the renovations.

“I’m not celebrating yet,” he said. “I really hope to have the building permit in hand before this weekend, so I can start work on Monday.”

Westhampton Beach Village Mayor Conrad Teller said he is happy that a plan is now in place.

“We are very glad to see it done,” he said on Friday. “It took a while and started out rocky, but things smoothed out and he did what he was supposed to do.”

Also last week, village trustees voted 3-2 in favor of again holding over a proposed 2011-12 fiscal year budget transfer until their next meeting scheduled for Thursday, November 1. This is the second time the transfer of $248,236.33 was held over at the request of Village Board member Patricia DiBenedetto, who said she is still awaiting on more information before authorizing the resolution.

Last month, Mr. Teller said the transfer will place approximately $100,000 into a compensatory account that’s used to pay retirements and vacation time for various offices in the village, including the police, building and highway departments. According to Village Clerk Rebecca Molinaro, that account is currently $243,000 in the black, though individual lines of the account are in the red. She said the proposed transfer would bring those lines back into the black.

“Initially, I was waiting for clarification and there are still a couple of things I would like to see,” Ms. DiBenedetto said on Friday. “We are almost there—I just want to be aware of everything. It is my role as a trustee to be financially responsible for the village.”

Finally, the trustees unanimously approved the route for the annual Halloween parade sponsored by the Greater Westhampton Chamber of Commerce. This year’s event, which is being cosponsored by the Westhampton Beach Elementary School Parent Teacher Association, will run from 3 to 5:30 p.m. on Wednesday, October 31. The parade will start at the Mill Road elementary school and travel through the village and down Main Street.

The parade sparked controversy late last month when chamber officials announced that they would not be holding the costume parade, breaking a decade-long tradition. Instead, the PTA was going to hold a smaller, private event for elementary students at the school. The chamber announced last week that it had reversed its decision.