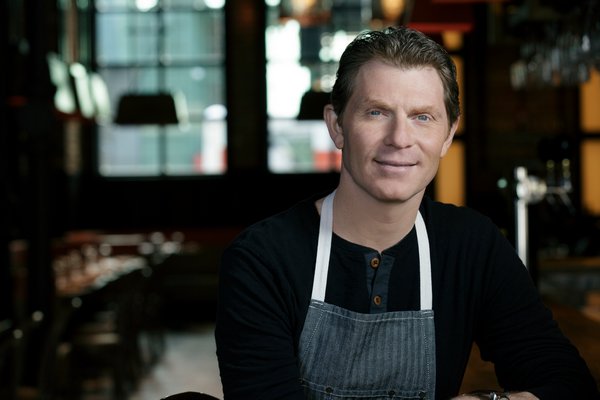 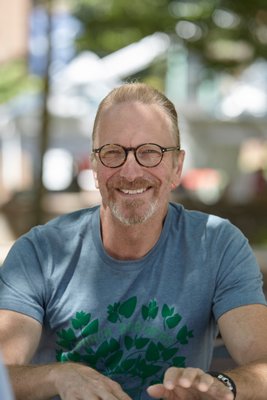 When Julia Child’s iconic cooking show, “The French Chef,” debuted on PBS in 1962, nobody could have foreseen that this little show—so poorly funded that the meals she cooked were sometimes auctioned off to the audience to help cover expenses—would be the first tremor in a seismic shift that forever changed the relationship Americans have with food.

Next week, June 9 to 11, the Food Lab at Stony Brook Southampton—a center for education, enterprise and media related to the business of food— holds the 2017 Food Lab Conference, with the theme “Fifty Years of Food in America: 1970-2020.” In its third year, the conference gathers people who cook, people who eat, and people who drive change in the world of food.

Geoffrey Drummond, the executive director of the Food Lab, cut his teeth in the food industry on a series of documentaries he produced about New York’s master chefs in the early 1980s. He went on to produce several cooking series with Ms. Child over a 20-year period, including “Cooking with Master Chefs,” “In Julia’s Kitchen with Master Chefs” and “Julia and Jacques Cooking at Home,” a series hosted by Ms. Child and Jacques Pepin.

Himself a winner of 10 Emmy Awards and more than a dozen James Beard Awards, Mr. Drummond explained that Americans’ relationship with food changed radically after World War II, when refrigerated trucking and ubiquitous home refrigerators and freezers made it possible for produce grown in California to be quick-frozen, shipped, and sold to homemakers in Duluth.

Homemakers were no longer dependent on local crops, or local farmers, to provide the food for their families’ tables, and Americans became accustomed to eating what they wanted, when they wanted it.

The conference’s three keynote speakers will all touch on different aspects of the changes that have come to the American food system, beginning Friday evening, June 9, with Bobby Flay, a Food Network pioneer who helped launch the era of celebrity chefs.

“Bobby said once that when he started, if you had enough money to pay for a subway and could cook, you could get a show on the Food Network,” Mr. Drummond recalled. “But he is a really good chef. With the real celebrity chefs, like Bobby, it’s chef first and celebrity second. They know their stuff. Bobby led the way through the whole ‘Iron Chef’ time, turning cooking into sport. That drew huge audiences—and huge male audiences—for the first time.

“Because of TV, the culture has changed so much and we have such a big focus on food globally. Now it’s not only about watching people cook, but looking at how people live, the whole organic thing. People started getting focused on food, and now it’s become a huge social movement.”

The second keynote speaker, David Barber, is co-founder of Blue Hill Restaurant at Stone Barns in Pocantico Hills, recently named the 11th best restaurant in the world by global consulting firm Deloitte. He’ll be speaking at 9:30 a.m. on Saturday, June 10.

“Our current food system is heavily dependent on three things that are unlikely to be consistent for my grandchildren and their grandchildren—cheap energy, consistent weather and free water,” he said. “The concept of free ecological resources is baked into the system, and it’s really deficit spending. We are ignoring a lot of costs and realities to the production of our food that aren’t going to be available in perpetuity.

“If you believe that any one of those three pillars are going to move at all—and it’s hard to argue that all three are going to stay the same for the next hundred years— it’s pretty easy to see that the whole thing is quite a big house of cards. You just need one of those pillars to wobble and the thing comes down pretty quickly in terms of many of the things that it purports to be delivering, like massive availability of ‘cheap’ food.”

The solution, he believes, is moving toward a supply-based food system, where people become accustomed—as our ancestors were—to eating the food that grows best in their local area.

Mr. Barber’s advocacy efforts lie below the food we eat, to the soil where it grows. “I’d like to see farmers become true cultivators of soil. They truly are the stewards of the land, and the byproduct of that effort is the food we eat. If people agree to support that, both financially and with their diets, I think farmers will respond.”

Soil stewardship, he explains, means operating in harmony with nature. While a farmer on the East End might command a premium price for sweet corn, he can’t successfully grow only sweet corn on his land and maintain healthy soil. He needs to be able to rotate corn with complementary crops that replenish and enrich the soil—and to sell those profitably as well.

“The problem is, there often isn’t a market for all those things,” Mr. Barber said. “If you’re telling your farmer that what you want is healthy farmland near your house, and asking him what he would grow if healthy soil was his goal—and agreeing to buy that and eat it—that’s a very different proposition than the demand-driven farming we have now.

“We need to be clear with farmers about what we are asking them to do. Because saying we don’t want them to use pesticides, and we want sustainable agriculture, is nice, but it’s not feasible without a government policy and an educated consumer to support it.

“If you say ‘I want you to grow organic, but I’ll only buy these two products,’ that’s not fair to the farmer. But if you were to say, ‘I value the fact that your farm will be organic. What are your crops, what are your products, what are your recipe ideas?’ then the farmer can make a good profit on all the food he produces.”

“In the end, when the soil is healthy because it’s being managed well, then every crop that comes off of it is delicious—and ultimately more affordable, because right now you’re plowing under your rotation crops, or selling them for cow food or dog chow.”

The Barber family practices what it preaches. Blue Hill doesn’t offer menus. The kitchen prepares its dishes based on what is seasonably available, and commits to purchasing every crop its farmers grow.

“Over time, you adjust your diet to what the landscape in your area actually provides, which was the food system before refrigerated trucking,” Mr. Barber explained. “It’s a negotiation between landscape and dining.”

“It is important for everyone to understand that the purchasing choice they make, no matter what the product, results in their money supporting an industry,” he said. “The more we shift our collective buying power toward locally and regionally grown food, the more our local economies benefit, our neighborhood farmers prosper, and our citizens have the opportunity to become happier and healthier.”

Mr. Nischan said the prominent role food plays in our culture today has led to much greater food awareness across the socioeconomic realm. “More people are demanding to know more about where their food comes from, regardless of their economic status or their ethnicity,” he said. “It used to be just a boutique movement, people who could afford to shop at Whole Foods or a farmer’s market. But now we’re seeing studies coming out of Johns Hopkins University around consumer attitudes in people struggling with poverty, and people are saying organic is very important to them—even if organic wasn’t a question on the survey.”

Growing up around his grandparents’ farms, Mr. Nischan said that’s where he learned to “pickle, can, cure. I fell in love with food, and I just assumed that what was happening on those farms was happening everywhere.”

But as a young chef, he said he was “kind of freaked out” by the food that was coming into the restaurants where he worked. “I decided I was just going to go out and buy from local farmers, only to find there weren’t any.” The big commercial farms had replaced small family farms across much of the country.

“I felt I had to do something about it, and that was my first foray into advocacy,” he said. “I wanted to know, ‘How do we get good food back?’”

Wholesome Wave teaches community groups how to find and support local farmers, and how to drive support to become self-sustaining. The organization works with communities to promote programs that make local produce readily available at a reasonable price. Small farmers get the support they need to expand, under-served populations get better food—it’s a win-win. “Everyone has the right to choose healthy food for their families,” he said.

Through the James Beard Foundation, Mr. Nischan also hosts boot camps for chefs. “We started with the notion that chefs might be interested in advocacy, and it became wildly popular. We bring 15 chefs together at a time and teach them how to advocate for things beyond the four walls of their kitchen, whether it’s living wages for farmworkers, antibiotics in farm animals, whatever their interest is. We’ve got a waiting list of 800 chefs who want to go through the program. Those chefs being willing to lend their voices to changing the world through food, that’s a trend.”

In addition to the three keynote speakers, attendees will hear from an expansive menu of food enthusiasts, cooks, celebrity chefs, farmers and food producers, along with beer, wine and spirits makers. Tickets for the two-day conference, including all meals, are $150 for the public, and $100 for Slow Food members, available through June 9. Tickets to the Saturday dinner only are $75.

For more information or to purchase tickets, go to foodlab.org