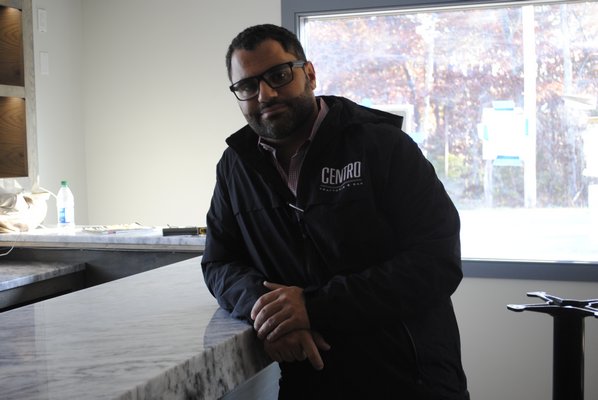 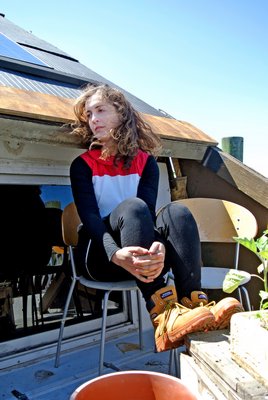 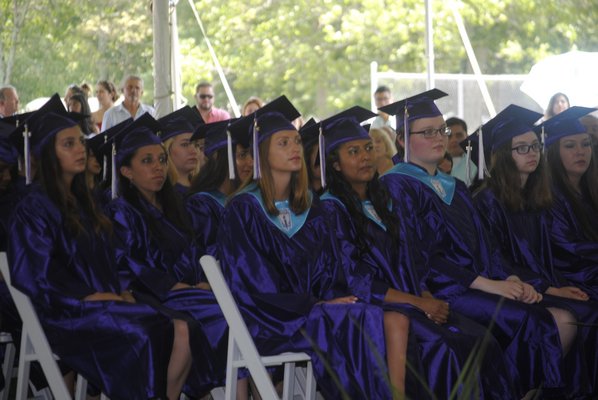 Tuckahoe School third-grade students Olivia Casabianca, left, and Chiara Campaiola display the ceramic bowls they made for the schools second Empty Bowls event, which will be held Thursday evening at the school. The event helps raise awareness of hunger. ALYSSA MELILLO 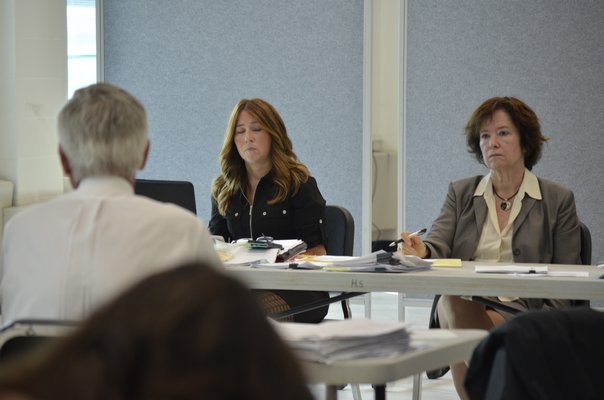 Tuckahoe School third-grade students Chiara Campaiola, left, and Olivia Casabianca display signs they made for the schools second Empty Bowls event, which will be held Thursday evening at the school. The event helps raise awareness of hunger. ALYSSA MELILLO 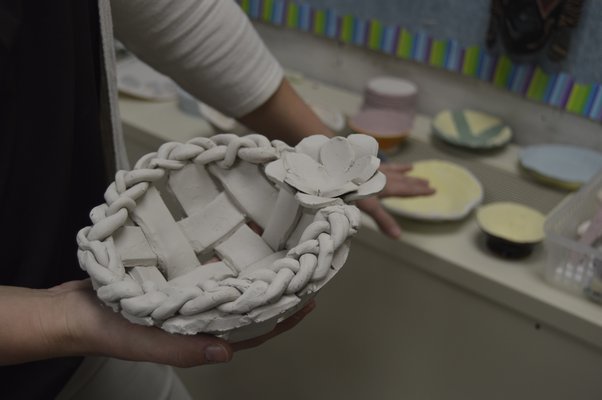 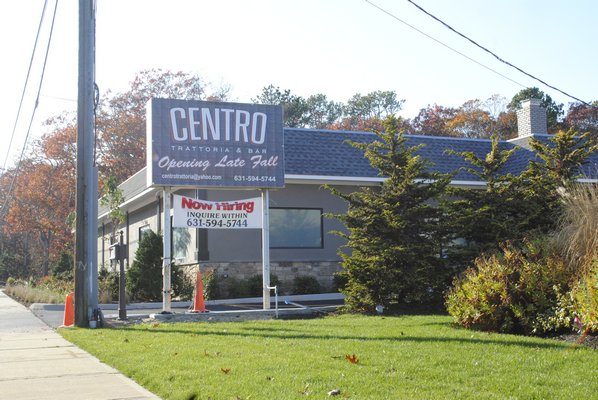 Centro Trattoria & Bar, a new restaurant featuring simple Italian-style cuisine, two marble bars and a boccie ball court, will open its doors in Hampton Bays next month.Salvatore Biundo of Southampton has been working tirelessly for the past five months to get the building, which formerly housed the Italian eatery Villa Tuscano, ready for the grand opening cocktail party on Thursday, December 8, at 7 p.m. After that, the restaurant will stay open through the winter for six days a week; it will be closed Wednesdays.

Mr. Biundo, who has been working in the restaurant business for about a decade, said in an interview this week that he is excited to be in business in Hampton Bays.

Some meals that will be on the menu include clams oreganata, grilled octopus, pasta al forno and homemade pizzas that will be cooked in a wood-burning oven. It will also serve some less traditional options, such as zucchini chips, Greek dishes served with a tzatziki sauce, and whole fish cooked over an open grill.

In the dining room, which boasts 70 tables, there is a wine cellar that will carry affordable wines. Mr. Biundo said his plan is to have “30 wines in the 30s”—meaning that he will hold 30 different types of wines for about $30 a bottle. Other liquors will be shelved behind the restaurant’s two bars, which are both made of carrera marble and can seat about 30 people.

The restaurant also has a private room—which could be used for parties or presentations—and a back room with another 30 tables, a television and a fireplace.

Outside there is a patio with couches and tables for patrons to hang out and have a drink. Similar to the back room, the patio also has a television and fireplace.

Behind the restaurant there will be a boccie court for patrons to use while they wait to be seated or as an after-dinner activity.

“I want people to experience the restaurant,” Mr. Biundo said. “Not only for dinner, but to come after dinner for a drink and relax.”

The building that houses the West Montauk Highway restaurant is owned by John Tortorella, who also owns J. Tortorella Swimming Pools in Southampton and Hampton Bays. Mr. Tortorella said in an interview that he is happy about how the restaurant is coming out.

“It’s coming along good,” he said. “It’s better than I had envisioned. Sal has a good eye and has good ideas for the restaurant and I think it’s going to be a place that I’m going to be using and certainly a lot of my friends are going to be using.”

Mr. Tortorella, who has been in the pool business for more than 35 years, purchased the building shortly after the restaurant closed at the end of 2014. He explained that he knew that the restaurant would be a great investment as soon as it hit the market. Mr. Tortorella declined to say how much he paid for the building, though town records show that the most recent sale was for $900,000.

Mr. Tortorella enlisted the help of Mr. Biundo after a mutual friend introduced them shortly after Mr. Tortorella purchased the 2.3-acre property that houses the restaurant. Mr. Biundo was a perfect fit, as he has experience running an Italian restaurant.

Mr. Biundo said he can’t wait to show off the finished product during the grand opening in December: “It’s very exciting.”