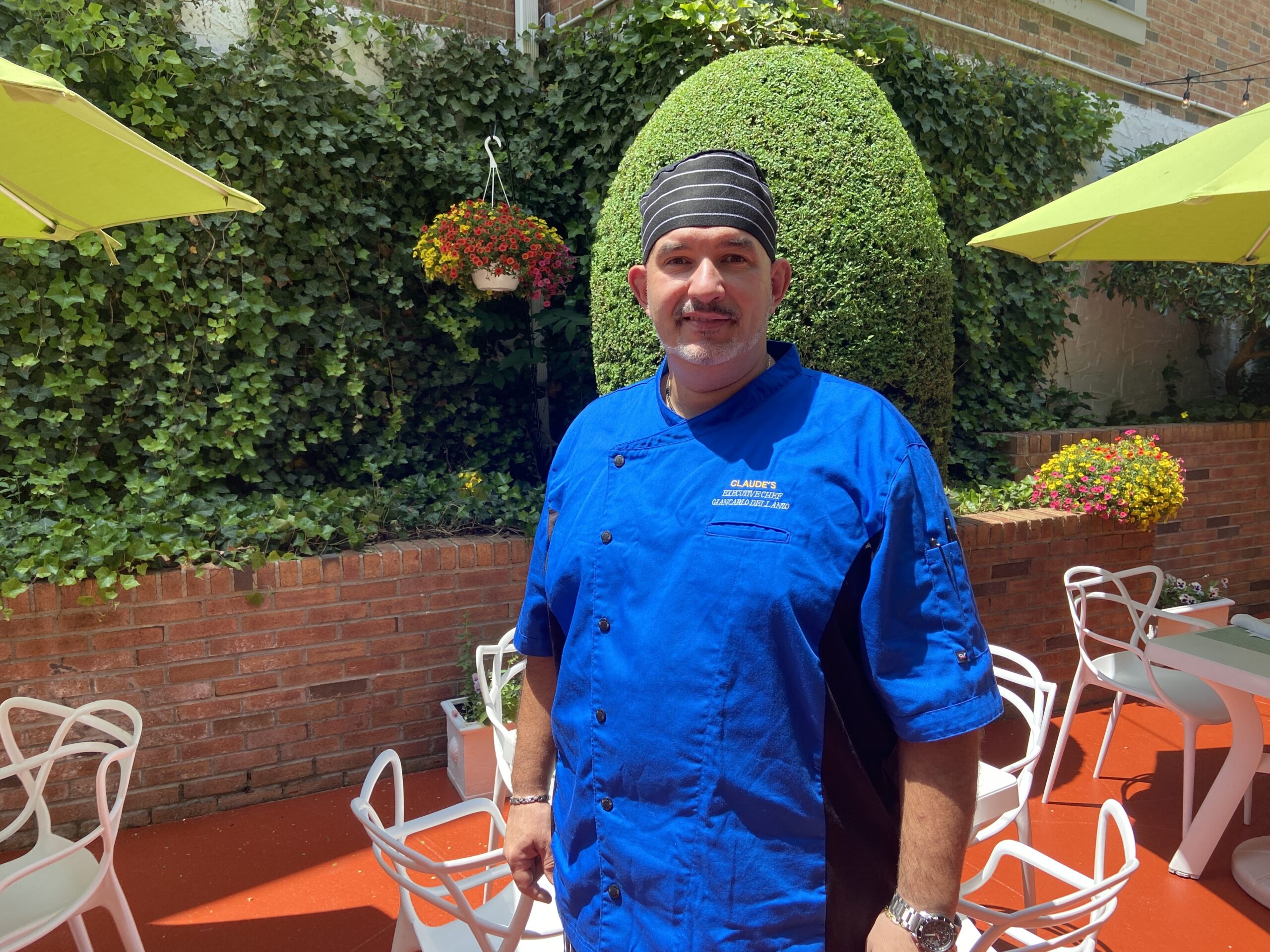 BY JULIA HEMING Chef Giancarlo Dellanzo on the patio at Claude's Restaurant at the Southampton Inn. 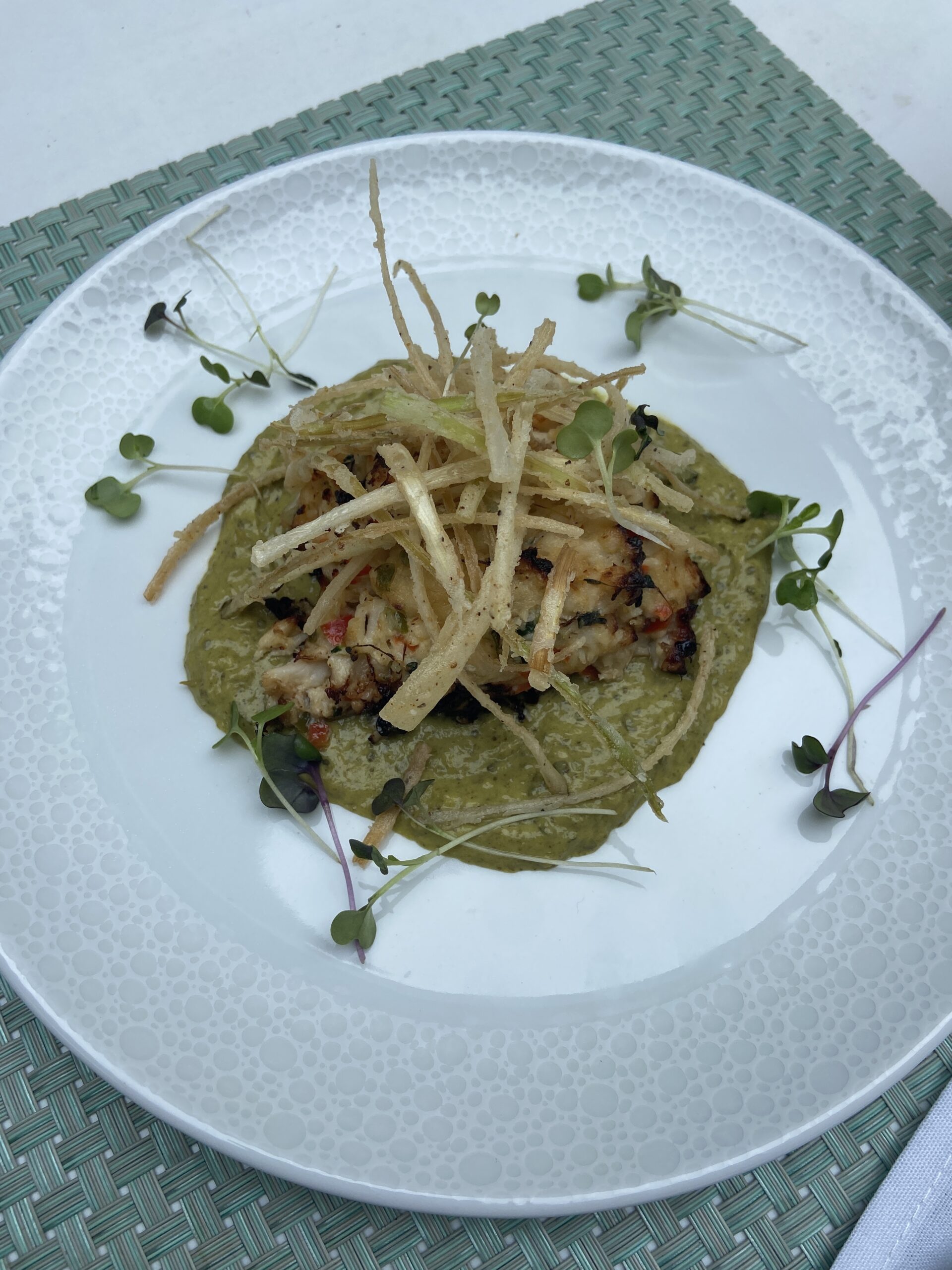 BY JULIA HEMING The crab cake appetizer at Claude's Restaurant at The Southampton Inn. 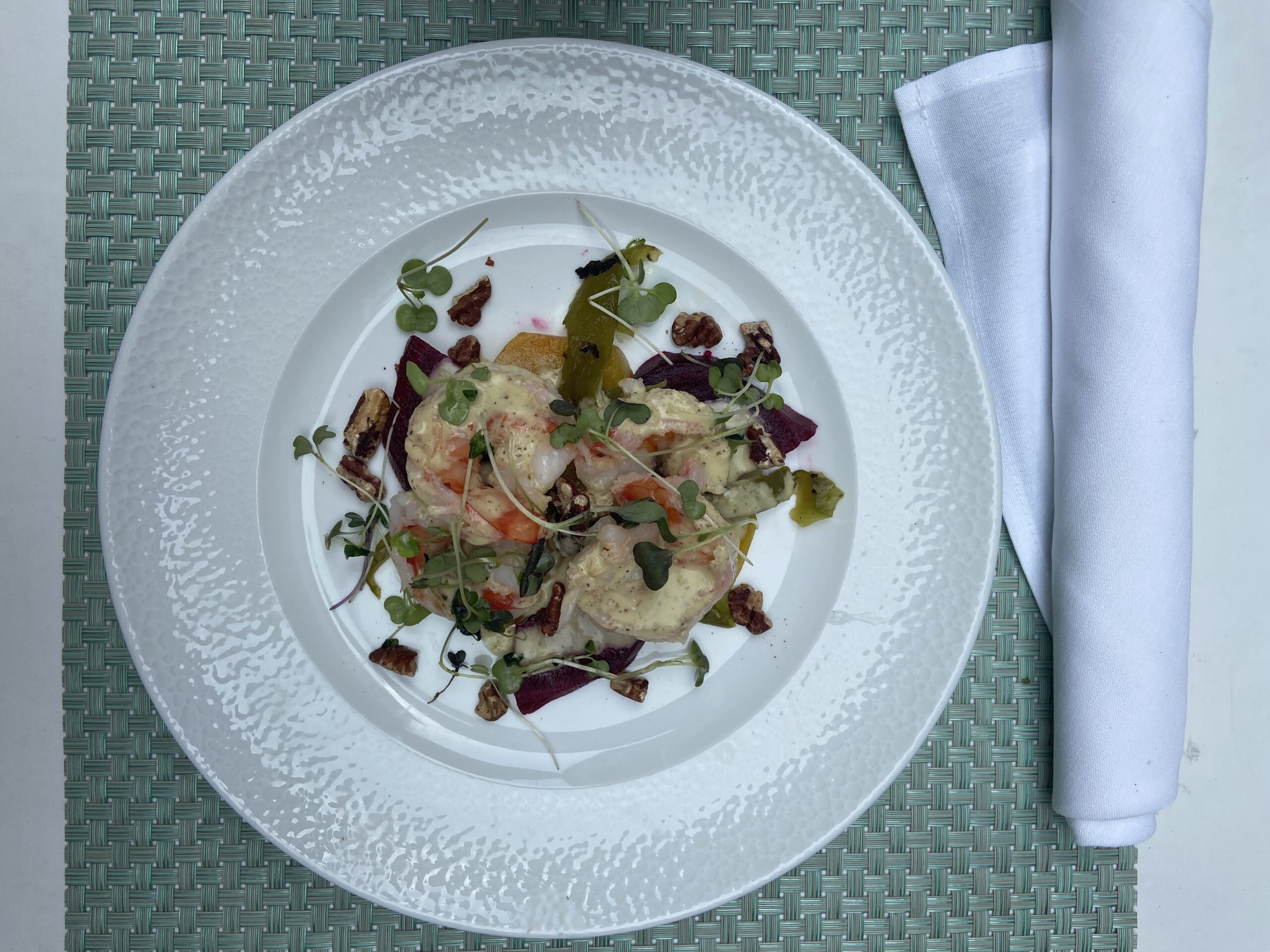 BY JULIA HEMING The red and golden beets salad with shrimp at Claude's Restaurant at The Southampton Inn.

Claude’s Restaurant at the Southampton Inn has welcomed Chef Giancarlo Dellanzo to provide an elevated dining experience and expand the menu with a new dinner service.

Claude’s has served Southampton Village for 25 years, and in the past, strategically chose not to serve dinner in order to allow guests to explore the restaurant options available in the village, but according to owner of the Southampton Inn, Dede Gotthelf, the pandemic caused guests to begin asking for an in-house dinner option.

Claude’s began working with Dellanzo this year. Dellanzo moved from Italy to New York City in 2001, and has worked mostly in Italian restaurants. With the pandemic, he decided to move with his family to Long Island, working at an Italian restaurant in Port Jefferson.

Now that he’s at Claude’s, he has designed a new menu to bring an elevated elegance to the food, paying close attention to each ingredient and plating of each dish.

According to Gotthelf, Dellanzo’s attention to detail is so strong he makes his own chocolate for the dessert menu.

During a recent visit to the restaurant, Dellanzo explained that he searches for inspiration from the surrounding community, utilizing local seafood to connect the menu with the ocean, local gelato and home grown herbs, since the hotel property features an herb garden with mint that is used in cocktails and as a garnish on desserts.

“I look around, and the Hamptons here have a lot of nice, really great food,” Dellanzo said. “So, I try my way to compete with them to have a restaurant that is not so fancy, but has really great food and great service.”

The new menu at Claude’s features a mix of classic dishes and elevated dishes created by Dellanzo. The restaurant features three menus, breakfast, lunch and dinner, which have each been carefully crafted through collaboration by the chef and owner.

“I always look all around the community,” Dellanzo added, “So I have an idea of what people in the area ask for because starting a new menu like this you can’t just come with your own idea and put whatever food you think people like.”

Gotthelf and Dellanzo worked together closely to create a menu that maintains the simplicity that returning customers expect with an added air of elegance.

“In a way the food is much more elegant, but we didn’t want to depart so much on the pricing or in a radical direction to something totally different,” Gotthelf explained.

Dellanzo has some favorites on this new menu, including the crab cake appetizer served with an avocado poblano sauce and fried leeks, and the jumbo shrimp entree served with couscous in a creamy shrimp sauce with aged cognac.

The chef said he enjoys the Mediterranean inspiration that is added to a dish by using couscous and Dellanzo chose to use aged cognac for the base of the sauce in his shrimp dish because the sauce draws so much flavor from the cognac.

“Most restaurants don’t want to use an expensive cognac on cooking, mostly they try to get the cheapest liquor and wine to cook in,” he noted.

“In the dish the base of the flavor and everything is in the cognac,” Dellanzo explained. “So if I used very inexpensive cognac with no strong flavor they won’t find the flavor they are looking for.”

Claude’s also wants to collaborate with local farms and stores as much as possible, the restaurant’s dessert menu features gelato from Gemelli Gelato in Hampton Bays and all of the seafood on the menu is sourced from local fish markets.

While the restaurant is open and dinner service is becoming popular, Dellanzo is not done perfecting the menu quite yet and is planning on putting more thought into perfecting everything after a few weeks of service and customer feedback.

“We don’t want to alienate the people who have had events or have been coming for breakfast or lunch for the last 10 years,” said Gotthelf, who is excited to have the chef on staff, and is looking forward to the future opportunities that will be presented for Claude’s.

“He is extremely talented with plating and quantities and flavors,” Gotthelf said. “He is a very serious chef with an amazingly contagious and wonderful work ethic.”

Claude’s Restaurant at the Southampton Inn is at 91 Hill Street, Southampton. For more information and to peruse the menu, visit southamptoninn.com/restaurant.

Rita Cantina Returns Rita Cantina in Springs is officially back for its second summer season. ... 2 Jun 2022 by Staff Writer
×