Colin Ambrose Goes On The Road With American Rivers Tour 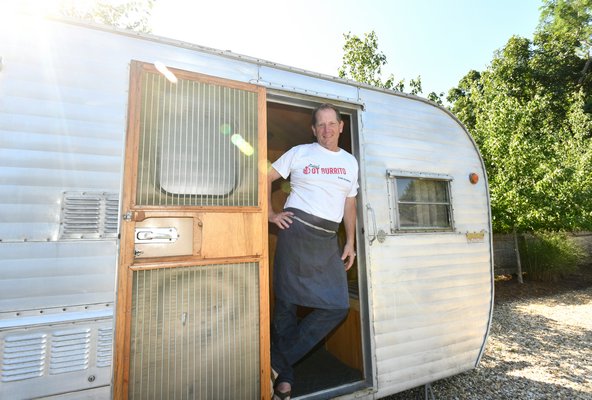 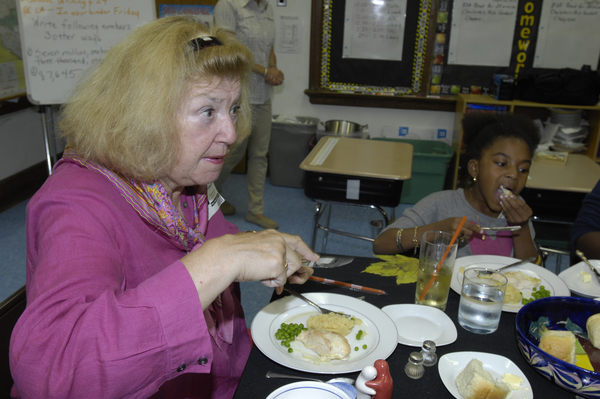 Maybe it’s in our DNA, or perhaps it has something to do with the geography, but Americans, it seems, are predisposed to hitting the road.

While many of us can only dream of taking off in search of the wild places that still exist throughout this country, one South Fork resident who actually did it is Colin Ambrose, the chef and owner of Estia’s Little Kitchen in Sag Harbor and Estia’s Back Porch Café in Darien, Connecticut.

When he initially set out on his quest in April 2017, Mr. Ambrose wasn’t exactly sure where it would take him or what he would find, but he knew it would combine two of his greatest passions—fly fishing and food—and for more than a year he crisscrossed America in pursuit of both.

It started with a bucket list of places Mr. Ambrose wanted to fish. The point of his explorations was to discover the beauty and bounty of the country through the one thing the East End lacks: rivers.

For a portion of the journey, Mr. Ambrose towed his vintage 1962 camper behind him, and if time and distance were an issue, he’d travel by air instead.

But every place he visited had a pair of special qualities—a great river and legendary fishing.

The result is American Rivers Tour, Mr. Ambrose’s episodic multimedia website project featuring professional videos, photographs, blog posts and recipes that tell the story of each place he went, the fish he caught there, and the people who showed him exactly what made the location special.

“It always started with a guide and a chef,” explained Mr. Ambrose during a recent interview in that same 1962 camper, which doubles as an office behind Estia’s Little Kitchen.

From catching steelhead on the Chagrin River in northern Ohio with chef Tim Bando, to chasing rainbow trout on Oregon’s Deschutes River alongside winemaker Jesse Lange, each trip is its own episode offering an exploration of the river, from its history and the target fish species, to regional culinary specialties and ingredients.

Wherever he went, Mr. Ambrose put his fly casting (and cooking) skills to the test. Each fishing session ended with Mr. Ambrose and his culinary hosts preparing a locally sourced meal by the river over an open fire.

“I think there are 100 angles I could have taken, but I decided if I was going to do it, I just had to do it,” Mr. Ambrose said when asked how much forethought went into the planning of American Rivers Tour and the locations chosen.

“I didn’t spend a tremendous amount of time crafting storyboards. In hindsight, if I had a background in storytelling or video production, I might have had a different approach. But my goal was to get on a river and see what it had for me and connect with people who are like-minded.”

Which is why everywhere he went, from New York to California, Mr. Ambrose hooked up not only with the fish but with chefs, brewmasters, vintners and top guides who shared their insight on all things fishing and cooking.

“I crafted my adventures based on who was available when things were coming together,” he said. “I didn’t spend a lot of time learning the place in advance—I more just let it happen.”

Some of the location choices were laced with nostalgia, as Mr. Ambrose retraced familiar steps through the Midwest of his youth. In northwest Michigan, he and his brother-in-law fished the Pine River and stayed at Camp Tosebo—which, in the 1960s, had been Mr. Ambrose’s own childhood camp. In Wisconsin, Mr. Ambrose fished for musky as he relived memories of summers spent there with his grandparents, who grew the food they ate in the backyard and the taught him his earliest fly fishing techniques.

Mr. Ambrose also used adventure writings as inspiration along the way—including works by Edward Abbey, author of “A Sand County Almanac,” which is about the ecology of that part of Wisconsin, and Zane Gray, who, in the early 20th century, offered an idealized vision of the American frontier.

“He’d write at night on his boat, sometimes about fishing, but mostly not,” Mr. Ambrose said. “One piece was about his time in Oregon, so I drew on that. … I tried to incorporate literature as much as I could. I’d like to someday be a storyteller.”

Inspiration also came from Mr. Ambrose’s own late uncle, Stephen Ambrose, who wrote extensively about American history. His book “Undaunted Courage” retraces the 1804 expedition of Lewis and Clark and the Corps of Discovery through the western United States in the years after the Louisiana Purchase.

“It’s a wonderful river book. He did that trip multiple times with grad students,” Mr. Ambrose said of his uncle. “He always said, ‘Do what you want to do as well as you can … it’ll work out.’ This was taking a page from his book.”

Another of his uncle’s books, “Nothing Like It in the World,” recounts the history of the building of the transcontinental railroad.

“I didn’t put it together how rivers and railroads go hand in hand. Every railroad line ran alongside the river,” said Mr. Ambrose, noting the relationship became clear while fishing near Maupin, Oregon, where the railroad ran right alongside the Deschutes River. “Maupin really established in my mind just how important the rivers were. It’s where the West was born.”

Incidentally, in the interest of conservation, Mr. Ambrose decided ahead of time that all fish caught would be returned to the river and not served as part of the riverside meals—except in the case of the Snake River in Idaho, where the state asked that non-native rainbow trout be removed when possible.

To document each session, he hired freelance videographers, including Chris Tran, a CNN stringer from Ohio, and Mike Lavin, a cameraman whom Mr. Ambrose met through LTV’s Mike Tremblay and who traveled to many of the western locations with him.

Though he found himself in the role of producer, director and on-camera talent during his fishing trips, Mr. Ambrose would ultimately love to sell American Rivers Tour to a professional production company or network that could expand on the concept and turn it into a larger series.

“If I did this with a production company, that’s what they would bring to the table. There would be a justification in why we were going where, who I’m fishing with, storyboarding and what the outcome is,” he said. “I love the thought that maybe I’ll have a chance to do this with a more advanced team.

“This is very much a diary. I went out and did what I wanted to do,” he said. “But a filmmaker would craft the story the way they felt it should be crafted.”

Whatever the future of American Rivers Tour, Mr. Ambrose is content with the course the project has taken him on so far.

“When I started out, I didn’t have a goal. At the end, I learned enough to have a beginning, middle and ending, and a character—the restaurant is the tie-in,” he said. “Having spent 28 years full-on in my kitchens during the high season, this was a big deal, to leave and come back to things being in order.

“I’m keeping all avenues open. I love what I created here. I’m hoping this creative outlet advances my learning curve so I can become involved in another adventure in the cooking and fishing industry.”