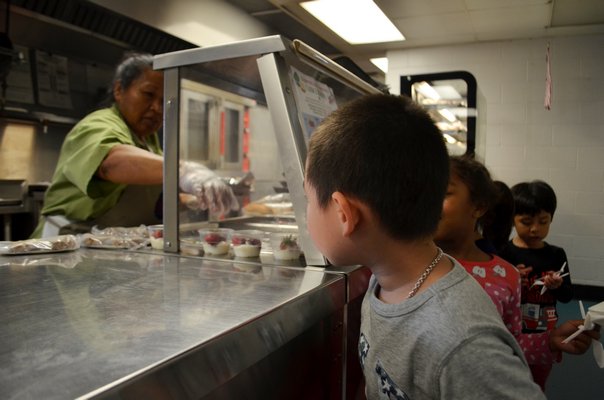 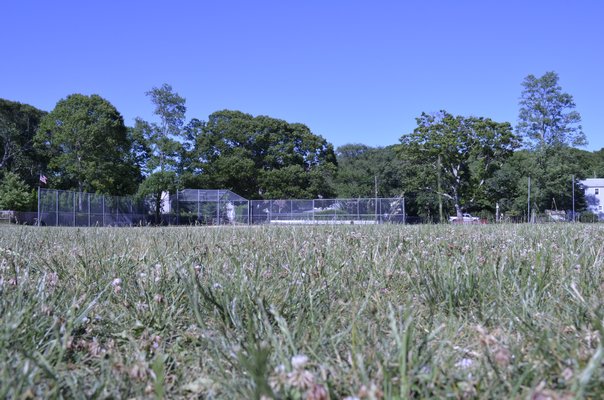 The recreational field behind Pierson Middle-High School will be replanted and maintained by the Bridge Golf Club beginning during the last week of classes. KELLY ZEGERS 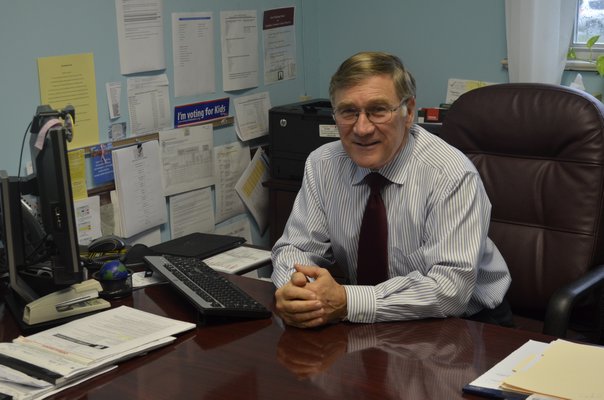 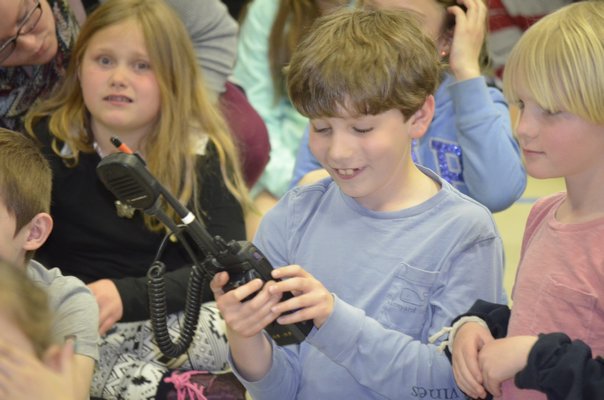 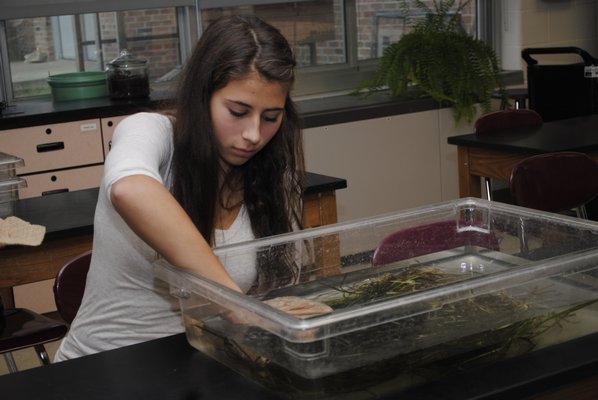 Meghan Long, a junior at Hampton Bays High School, stands next to a poster explaining her science project. AMANDA BERNOCCO 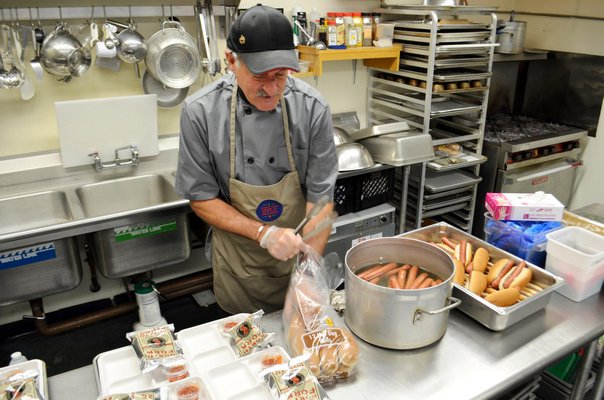 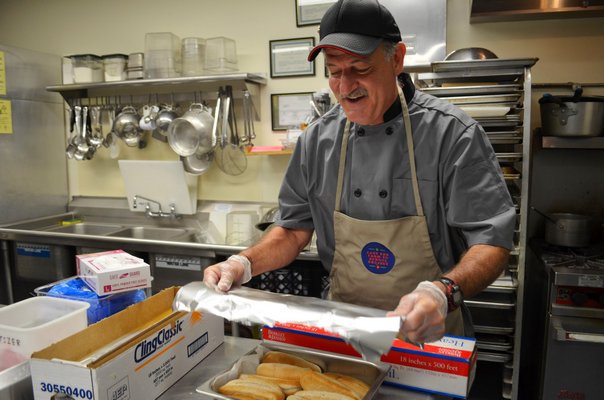 The East End Farm to School Project wrapped up its two-year program with a final event last week celebrating its efforts to integrate local farm produce into school menus.

For the event, the program’s three school districts, Southampton, Tuckahoe and Bridgehampton, served a lunch pieced together with ingredients from the North and South Forks. Over the last two years, the program would often add one or two local ingredients in the schools’ breakfast or lunch menus, or hold monthly taste tests for one product—but this meal was meant to culminate those efforts into a full and balanced meal.

Kids exited their cafeteria kitchens with a lunch tray that had apples from Milk Pail in Water Mill, spinach from Balsam Farms in Amagansett, honey dressing from Bonac Bees in East Hampton, greens from their own school gardens, and yogurt from Goodale Farms in Riverhead. From Cutchogue, on the North Fork, were strawberries from Wickham’s Fruit Farm and a bag of all-natural chips from North Fork Potato Chips.

They also chose between a hamburger or hot dog from Slate Foods, which sources its grass-fed beef from farms within New York State.

“The whole idea is to get kids to try, and sample, and see, and experience some locally grown products and just to make them aware that the food comes from somewhere. It doesn’t just magically appear,” Matthew Doris, Tuckahoe’s food service director and chef, said.

The program’s Farm to School coordinator, Melissa Mapes, who is also a local farmer and farm educator, worked with each district’s food service directors to prepare and serve the meals last week. She helped out at Bridgehampton on Wednesday, Southampton on Thursday and Tuckahoe on Friday during lunch periods.

Balloons that looked like strawberries, hot dogs, corn and apples hung from cafeteria tables at the event to get students excited about trying their locally-sourced meal. Tuckahoe students, like sixth-grader Angel Cuaya, said they enjoyed the meal more than the school’s regular lunches and liked that there were options like potato chips and salad.

The project is a partnership between the three school districts that began in 2016 to teach students the importance of supporting local farms and where their food originates. A $98,000 state grant, which expires at the end of this school year, was awarded to the districts for two years to carry out the mission.

Regan Kiembock, Southampton’s director of food services and a registered dietitian, said that they did not apply for a new grant but will continue doing what they can to keep local produce on school menus, like they did before receiving the grant, and pursue other food service initiatives.

A partnership between Southampton and Milk Pail, as one example, has been established for decades. The school district purchases its apples from the farm and sets up field trips for students to see where their apples come from, said Jennifer Dupree, who runs Milk Pail with her sister, Amy Halsey.

“We hope to continue some of the things that we started, but maybe not under the grant,” said Patricia Gremillion-Burdge, a school coordinator for Western Suffolk Board of Cooperative Educational Services who has been working with Ms. Kiembock on the Farm to School program. “But since the kids had the opportunity to try the foods, then maybe they’re more likely to ask for them again.”