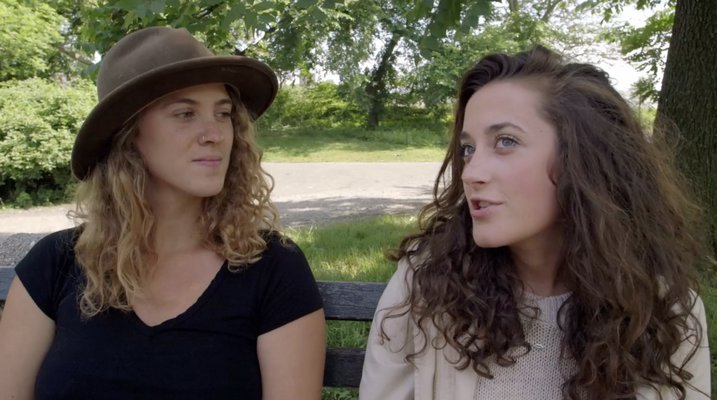 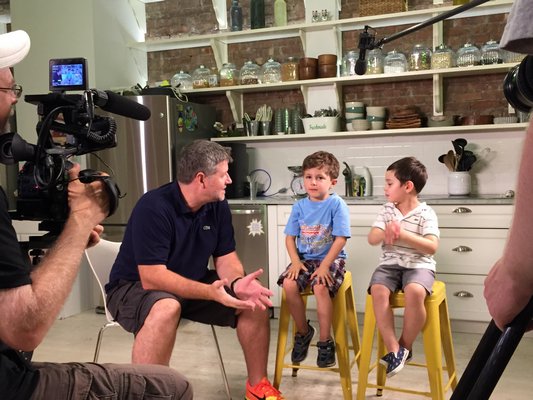 Joe Cross asks kids about their favorite foods in his new documentary, "The Kids Menu." COURTESY OF REBOOT WITH JOE 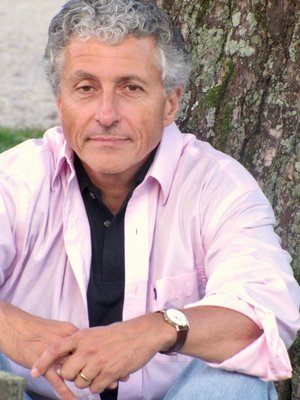 Just in time for National Nutrition Month, filmmaker and wellness advocate Joe Cross made a stop in East Hampton as part of the nationwide tour for his third feature-length documentary, “The Kids Menu.”Mr. Cross first entered the spotlight with his film “Fat, Sick and Nearly Dead,” which documented his transformation from a morbidly obese man with autoimmune disease to a major health guru.

Now, after a successful sequel, a best-selling book and countless tours, Mr. Cross has focused on an issue his fans have asked him about for years—nutrition for kids.

In “The Kids Menu,” Mr. Cross travels all over the country exploring different ways communities have risen to ensure that kids are receiving education about what to eat and how to eat it.

“It seemed like a natural progression for us to have our third feature documentary film really zero in on this issue of the next generation,” said Mr. Cross while sitting down for an interview at LTV Studios just before the screening. “Asking, what can be done from a grassroots point of view to put the brakes on this epidemic?”

According to Mr. Cross, this global problem can be attributed to three reasons: a lack of education, a lack of access and a lack of positive role models.

With that in mind, he decided to make East Hampton a starring location in “The Kids Menu” in a segment about the Wellness Foundation of East Hampton.

Founded by Doug and Pat Mercer in 2005, the foundation gives kids on the South Fork an opportunity to learn about health and nutrition and apply it in programs such as The Wellness Challenge to kick-start a healthy lifestyle.

“The Wellness Foundation is a great example of education and application,” Mr. Cross said.

“The Kids Menu” includes the story of the foundation’s inception a decade ago, when two East Hampton Middle School students took what they learned in the wellness curriculum and looked to apply it to their school’s own cafeteria.

Cailyn Brierly and Ruby Honerkamp, now both 23, explain in the film that their then-health teacher, Ginny Reale, started the Wellness Run, a school-wide 5K, and incorporated nutrition lessons into the curriculum. They also screened Morgan Spurlock’s anti-fast food documentary “Super Size Me.”

“I personally remember watching and it was just so vivid what happened to Morgan, so dramatic and I went, ‘Oh my gosh, I’m never eating McDonald’s again,’” Ms. Brierly said in the film.

It was then that the two girls realized the food they were served in the middle school cafeteria could be just as unhealthy, leading them to boycott the school’s food in order to get the administration to improve the lunches, Mr. Cross explained.

“I felt very confused by the fact that we were learning about healthy choices and maybe going home and telling our parents what we want to eat, but that not being translated in actual school options,” Ms. Honerkamp said.

Once the word began to spread, major news outlets began to report on the story. Ultimately, the school’s food vendor began to offer improved options such as salads and yogurt parfaits.

Mr. Mercer also took notice and was inspired to donate a lunchroom cooler to the school where the new healthy options could be housed.

“It tasted better, you felt better after, you had more energy,” Ms. Honerkamp said of the new options. “That must have been so empowering for us because we were kids, and how often do you get taken seriously by adults?”

From there, Mr. Mercer and his wife decided to develop The Wellness Foundation of East Hampton full force. Mr. Cross said programs like it are vital in tackling nutrition when kids are young enough to develop habits for life.

“I think that being able to do math and being able to read and spell and do physics and chemistry and history and geography—I think they’re all very important subjects that we have at school. But I would personally argue that right up there alongside that knowledge and maybe even more importantly would be to understand the power of plants and nutrition, understand how to grow, nurture, harvest and equally how to cook, how to prepare whole foods,” he said.

It will be the San Francisco 49ers facing off against the Kansas City Chiefs in ... 26 Jan 2020 by Staff Writer

The home of Southampton Village restaurant Red Bar Brasserie for more than two decades is ... by Brendan J. OReilly

A Taste of Spain

When my vegetarian daughter departed for a semester in Madrid, I was concerned about how ... by By Lauren Chattman
Sign in to comment