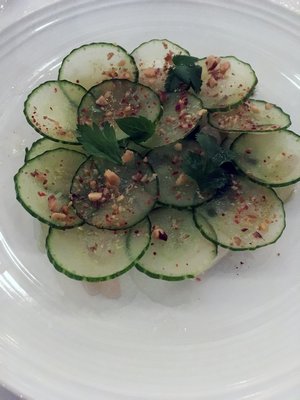 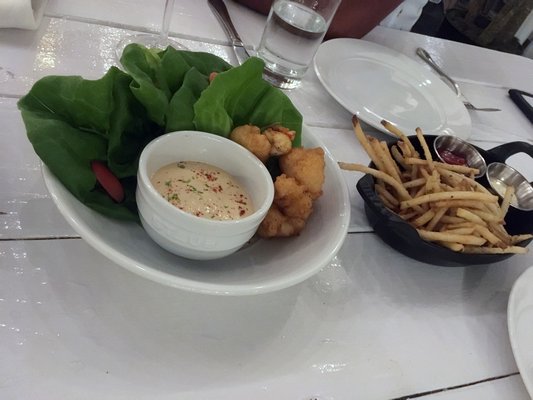 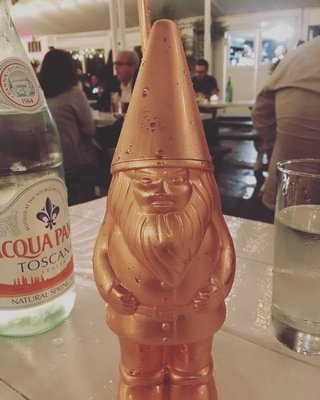 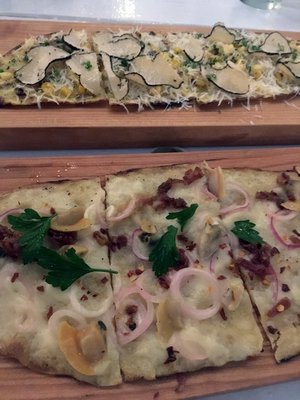 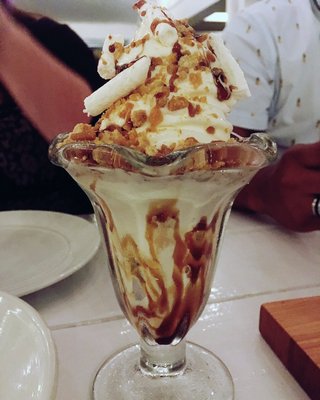 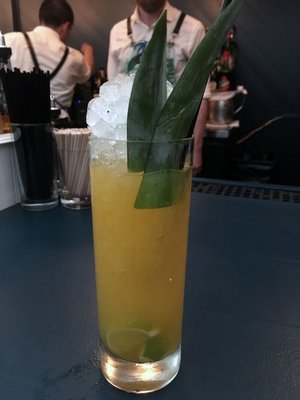 For the second season in a row, the critically acclaimed, Michelin star-holding Eleven Madison Park is hosting a pop-up restaurant in East Hampton. Cheekily named “EMP Summer House,” the restaurant began service on Thursday, May 24, and will serve dinner Wednesdays through Sundays and lunch Fridays through Sundays.

EMP Summer House occupies the space on Pantigo Road that has played host to a number of restaurants, including, most recently, Moby’s, which has moved to the former East Hampton Point space in Springs. Prior to that, the restaurant was Spring Close and The Laundry.

Like last year, EMP Summer House is serving separate menus in its separate spaces. Within the formal dining room—which includes an enclosed courtyard—snacks and flatbreads are complemented by lobster tempura, oysters on the halfshell, linguine with clams, bouillabaisse, and a large-format “rib-eye for two,” a dry-aged, bone-in cut adorned with shallot, Parmesan and tomato. Pastas and entrées in the interior space range from $29 to $155.

Outside on the covered patio and extending onto the uncovered lawn, where picnic tables are shaded by umbrellas, a more casual menu is being offered. In addition to the snacks and pizzas, which are also available inside, the outdoor menu features a cheeseburger, a souped-up hot dog—named the “Humm Dog” for its chef, Daniel Humm, and boasting a fanciful spray of shaved black truffle—a fish sandwich, and a lobster roll. Outdoor entrées range from $16 to $32.

On Tuesday, May 22, EMP Summer House opened its doors for a two-night “friends and family” event, in which industry members were invited to sample the menus and drinks gratis. Friends and family is typically an opportunity for new restaurants to work out kinks prior to opening.

Underneath the covered patio, a stylish bar with several bartenders composed beachy, Instagram-worthy cocktails, both alcoholic and non-alcoholic. The Pied Piper was a teetotaler’s dream, in fact: pineapple and passion fruit juices atop pebbled ice and enhanced by black pepper and lime (a garnish of pineapple leaves made a particularly strong impact). The drink went down easy, and the alcoholic versions seemed equally quaffable, judging by the emptied glasses of Dr. Feelgood (Sombra Mezcal, fino Sherry, avocado, cucumber, and more).

It seems the kitchen has toyed with its pizza recipe since last summer. While the “flatbreads” are still cooked in a wood-fired oven, a holdover from Moby’s, they are notably thinner this year, which means they work even better as appetizers. A wafer-thin corn flatbread, topped with cheese and decadent black truffle, is compelling, but perhaps even more compelling is the clam flatbread, a marriage of tarte flambée—the Alsatian “bread” topped with onion, bacon lardons, and a creamy base—and clam-studded northern American pizza.

Skip the $38 appetizer of lobster tempura—it’s good, but too spendy: tender pieces of crustacean flash-fried and served with bibb lettuce and aioli—and opt for the bright fluke ceviche instead, fresh caught fish served decorously beneath a crown of mandolined cucumber.

The patio’s sandwiches, while tasty, feel a little overwrought and a lot overpriced. A better bargain is actually inside, where diners can indulge in a pitch-perfect iteration of linguine with clams, aloft in a sauce so thick that it adequately naps each noodle. And although the gargantuan and gargantuanly priced rib-eye for two may feel like too much, it really isn’t, and, in this case, it’s worth the $155 price tag.

Desserts are a high note, and it would be hard to recommend a star, between a milk and honey soft serve sundae, a warm blueberry cobbler served with ricotta ice cream, or a strawberry confection that speaks to summer’s bounty. For those interested in a more specialized experience, the restaurant has expanded its large format feasts from last summer. These pre-ordered meals serve six to eight people and feature a lobster boil (lobster, clams, shrimp, sausage, potatoes, corn, and summer vegetables, $125 per person) and a D.I.Y. taco meal (whole black bass or beef short ribs with corn tortillas, salsa verde, marinated avocado, shishito peppers, and tomato salad, $95 per person for fish and $120 per person for beef).

The one thing you’ll need is a reservation, of course, and those are offered solely to American Express cardholders. The restaurant’s online platform is currently accepting reservations for the month of July.