Farming and Family in Peconic - 27 East

Farming and Family in Peconic 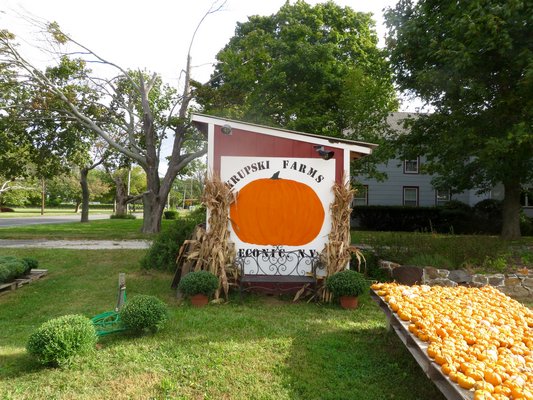 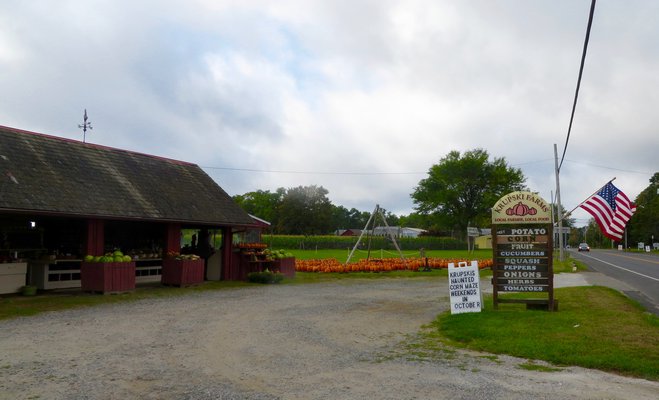 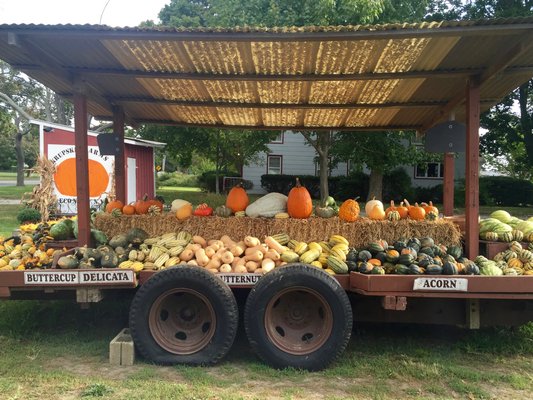 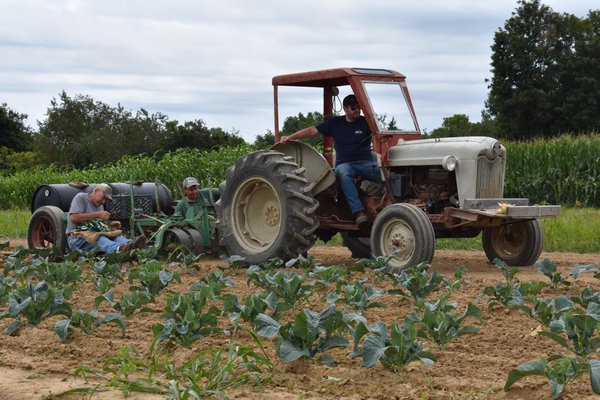 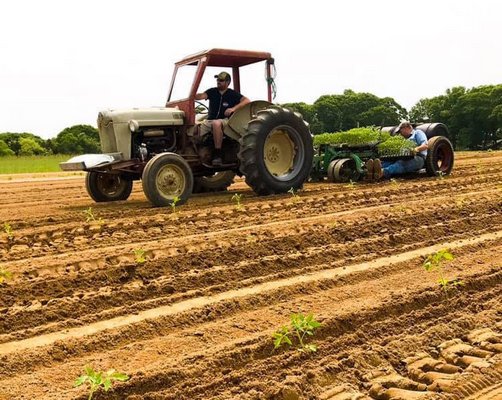 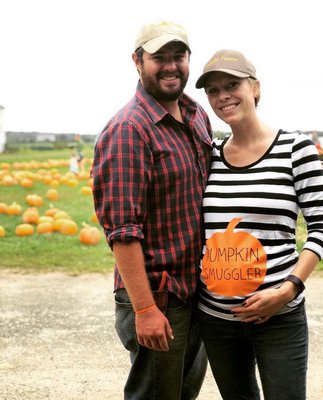 Nick Krupski and his wife, Rachel, last year before giving birth to their daughter.

As settled mist dissipates over early morning fields, this quiet time before the sun inches quicker and quicker toward the sky may be the most peaceful of the day. It’s in these moments a farmer gets to overlook his crop, taking a moment to appreciate what the land he cultivates can provide. The calm won’t last long before more cars line the roads and families pull over to get their share of produce and photos, but that’s okay. It’s time to get to work. For fifth generation farmer Nick Krupski, the farming tradition is important to the North Fork’s culture, honoring the area’s history. Though it’s a harder and harder profession to be in, it’s vital that he and his family keep this tradition going any way they know how.

Krupski Farms has always been helmed by multiple generations. Suffolk County Legislator Al Krupski, who still farms quite a bit, and his wife, Mary, whose children think of her as the brains behind the operation, and their three children are responsible for what makes it to the farm stand today.

About two years ago, Krupski had left a job to take over the farm full-time. After the birth of his daughter earlier this year, he felt he needed something year-round and began his work at Brookhaven. But this new full-time job doesn’t keep Krupski in an office. He goes to the farm in the morning and in the evenings to pick, as does his father. Sisters Colleen and Kim (Lake) share the workload, each playing their role. Whether it’s helping drive a tractor and transplant fall crops, preparing orders of tomatoes for local restaurants, creating Indian corn door hangers as Krupski’s grandmother had for years, or simply greeting the families that flock to fields during harvest, it’s a true family business.

The entire business model leads up to October, which is undoubtedly the farm’s busiest time of year. Locals and tourists alike pick from the large variety of pumpkins and gourds the farm grows. Monster Big Macs, regular Jack-o-lantern and other carving pumpkins, Jack-Be-Littles, and decorative gourds are among the most popular. Acres of squash bear butternut, acorn, spaghetti, and buttercup varietals. This autumnal produce is sought-after only briefly each year, but it’s what the Krupskis work toward.

Even with other jobs, the family’s love of the farm never wavers. “All season long we produce vegetables and that’s what we eat,” Krupski shares. “I use fresh tomatoes, eggplant, peppers, summer squash, and cucumbers all season long. We freeze whatever’s left for winter as well. I think that’s pretty cool.”

Krupski’s wife, Rachael, also lends a hand and has made farming a rich part of their daughter’s early days, going to the farm to pick together. She recently began eating solid foods, almost all of which has come from the farm. From sweet potatoes to eggs laid by free-range ducks, she’s been set on a path to enjoy and appreciate what local farms provide.

This winter will be the second in which the farm will offer Christmas trees. Despite the cold, it is a nice opportunity to keep customer relationships going in the offseason for both locals and visitors. Krupski’s Farm also intends to start hosting weddings on a small scale, perfect for couples looking for a laidback wedding. “We had our wedding at the farm, and really was just gorgeous when we did it,” Krupski says. “We’ve had a lot of people reach out, but we won’t go crazy. You can really showcase the agriculture.”

As the family dynamic shifts alongside the agricultural landscape, Krupski and his family will continue to grow the food they themselves like to eat and prepare for future farming generations.