Foodstuffs: Dinner Events At Claudes, Artists' Table Happenings, School's Out, Light Up The Night And A Masterclass On The Beach - 27 East 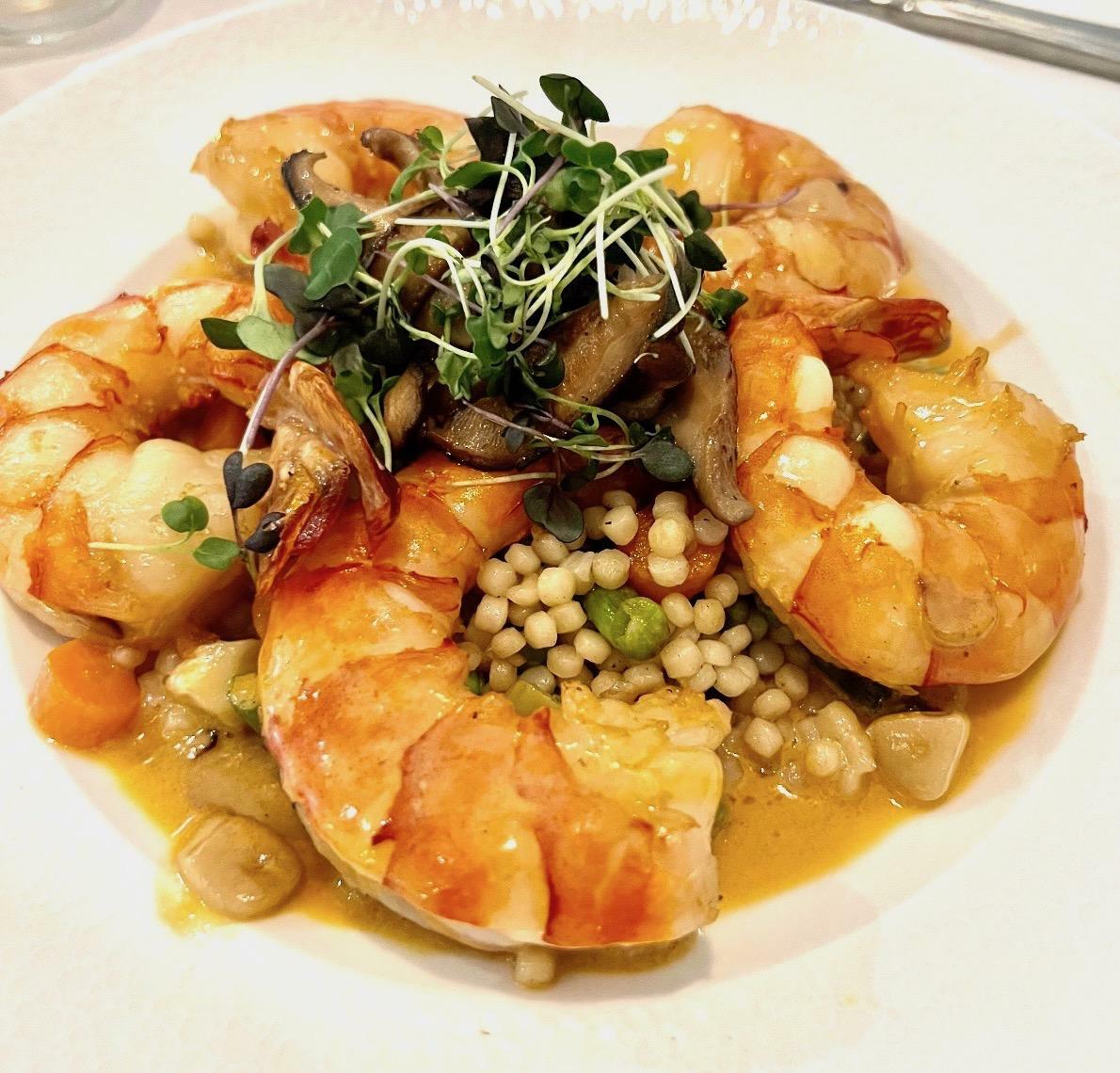 On Sunday, July 17, Claude’s Restaurant at Southampton Inn sponsors Dinner and a Movie. The evening begins with a 3-course dinner at Claude’s followed by a screening of the documentary “Cat Daddies,” presented by Hamptons Doc Fest outdoors at the nearby Southampton Arts Center. The film is a heartwarming collective portrait of eight unique men whose lives have been changed by their love for cats. The Southampton Arts Center movie starts at 7 p.m. Cost for the dinner at Claude’s is $50, alcohol, tip and tax are extra.

On Sunday, July 24, Claude’s hosts Dinner and a Sleepover. The event will include a 3-course dinner served under the stars (weather permitting) at Claude’s Restaurant along with comfortable accommodations. Relax at the pool, on the property or at Coopers Beach with a complimentary bag of Bedside Reading Books. The package is $450 (excluding alcohol, tip, tax and fees). Availability is limited. To reserve call 631-283-6500 or email events@southamptoninn.com. Claude’s Restaurant at Southampton Inn is located at 91 Hill Street, Southampton. For more information visit southamptoninn.com.

The Watermill Center hosts its next Artists’ Table Dinner featuring artist Robert Nava and Chef Cali Faulkner on Friday, July 15, from 6:30 to 10 p.m. Robert Nava (b. 1985, East Chicago, Indiana) received art degrees from Indiana University and Yale University. His practice centers on large-scale paintings and works on paper that portray whimsical creatures, rendered through gestural markings. Nava is a recipient of the 2022 Inga Maren Otto Fellowship at The Watermill Center.

Cali Faulkner attended culinary school in New York City and began her career in the kitchens of Eleven Madison Park and The Modern. She moved to France, first to Provence, and then to Paris where she worked at Restaurant Verjus. It was there she learned to value and highlight quality and simplicity in her cooking. Upon her return to the U.S., she spent time at Crown Shy and Oxalis. In 2021 she moved to Amagansett to get a bit of sun and embark on Third Falcon, her first independent culinary venture. Third Falcon is a celebration of Faulkner’s personality, experiences, and tastes on the tables of the East end.

Tickets for the Artists’ Table Dinner are $250 to $500 at watermillcenter.org. The Watermill Center is at 39 Watermill Towd Road, Water Mill.

The annual Hetrick-Martin Institute’s Summer Benefit, “School’s Out,” in support of LGBTQIA+ youth, is returning to the East End after a two year hiatus and will take place Saturday, July 9, at the “Arc House” in East Hampton.

This year’s benefit cocktail reception from 5:30 to 7:30 p.m. will be followed by a dinner from 7:30 to 9:30 p.m. The Best of The Hamptons Dinner will feature Duryea’s lobster cobb salad, steak by STK, assorted side dishes from Almond restaurant, with desserts from Kerber’s Farm.

HMI is the nation’s oldest LGBTQIA+ youth services organization that provides its youth members with access to mental health services, social services, basic needs including remote and in-person programming services focused on education, workforce development and arts and culture. Funds raised from ‘School’s Out’ ensure their young people have the resources they need year-round. For tickets, visit hmi.org.

Light Up The Night

A seat at Light Up The Night is inclusive of a 4-course meal from Sí Sí, a caviar and seafood display, champagne bar and the best views of the annual firework show. Seats are $500 per person at ehpresort.com/sisi.

New this year, EHP has partnered with the Clamshell Foundation to present the annual fireworks show over Three Mile Harbor — an ongoing tradition enjoyed by the town of East Hampton. A portion of the proceeds from the Light Up The Night Firework Fête will be donated to the Clamshell Foundation, a 501c3 non-profit supporting the people, programs, and projects of the East End. Fireworks over Three Mile Harbor raises funds for children in the community for scholarships and kids at camp. The event is entirely funded by public contributions.

Masterclass On The Beach

On July 7, from 3 to 5 p.m., Marram Montauk will host an exclusive masterclass with Fernando Trocca (Sucre, Santa Teresita), the culinary mind behind the South American-inspired Mostrador Marram.

Prior to evening dinner service, guests can gather around the beachfront counter and look into the kitchen for a masterclass in paella making — a traditional dish best enjoyed family style. Guests will be invited to assist with the culinary process alongside Trocca and Mostrador Marram Executive Chef Stefano Mastracchio, followed by a group meal to enjoy their creation as well as specially curated pairings of Argentine and Uruguayan wines poured by local sommeliers, an homage to Trocca’s heritage.

For more information visit marrammontauk.com. Marram Montauk is at 21 Oceanview Terrace in Montauk.