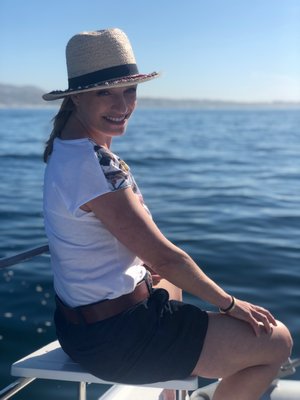 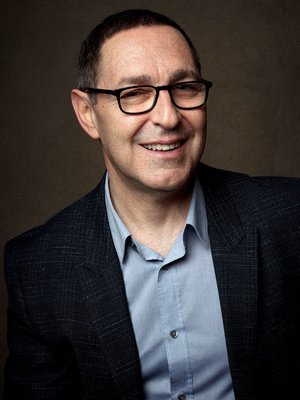 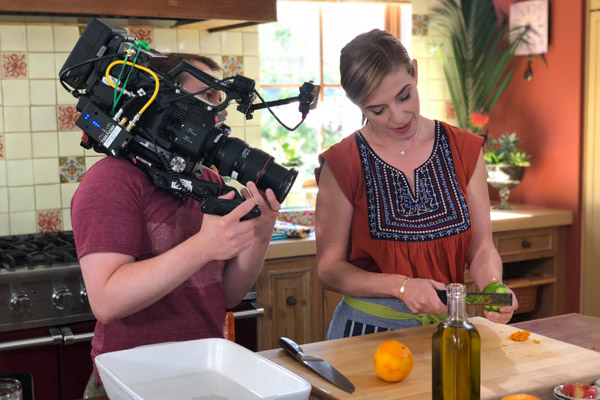 If variety is the spice of life, then diversity is the plate upon which it is served.

This notion is true not only of food, but it also extends to the philosophies and ideas that shape the world’s cultures, making all of us the richer for it in the process.

For that reason, and several others, “Eat Global … Cook Local,” is the theme of the fourth annual Food Lab Conference taking place on Friday and Saturday, September 14 and 15, at the Stony Brook Southampton campus.

With debate raging around the building of walls, erecting of fences and closing of borders, the 2018 conference seeks to bridge the great divide by serving up panels filled with culinary experts, informative discussions and, of course, great eats, all designed around the notion of bringing various groups of people together over a common interest: food.

“The conference has grown from looking at culinary entrepreneurship in the first year to exploring food trends and the evolution of food,” explained Geoffrey Drummond, the executive director of the Food Lab, in a recent phone interview. “Partly because it’s been the conversation in our community, country and world, the whole issue of globalism, diversity and immigration certainly has come to the forefront, and food is such a mediator of that conversation.

“We were very intentional that this felt like the issue that needed to be put on the table and dealt with,” Mr. Drummond added. “We had so many terrific people around who could speak to these points.”

Immigration and assimilation through the lens of food will be a primary part of the discussion, and Mr. Drummond notes that what we eat and drink, where it comes from, who produces it and how it affects us, socially, emotionally and nutritionally, are all key points.

But perhaps most important of all is with whom we share our meals at the end of the day.

By way of illustration, Mr. Drummond recalled a photograph that he recently saw of a group of people in a bombed-out city in Syria. It was an image that moved him deeply.

“They were at a long table, celebrating the end of Ramadan in total destruction,” he said. “I’ve been looking at the fact that food on the table brings people together. … We, as human beings, are the only species that I know of that come together to share a meal for social, emotional and spiritual reasons.

“I thought, let’s focus the conference on those issues and ask: What does ‘eat local’ really mean?” he said. “Is it food from America, New York State or within 50 miles? We’re posing questions that deal with issues around food, how it nourishes us, not just as fuel.”

As in years’ past, 2018’s Food Lab conference will feature some serious heavy hitters in the world of food production, restaurants, food writing and cutting-edge trends, this time with an eye on diversity.

Mr. Drummond is well connected in the culinary world, having spent decades producing television series with the likes of Julia Child, Lidia Bastianich, Jacques Pépin and many others, and he and his Food Lab team have assembled a wide range of culinary experts and physicians to share their knowledge and passions.

New this year is a Friday afternoon cooking demonstration with Chef Nicholas Poulmentis, who will teach participants how to prepare dishes from his native Greece. Saturday will bring a full day of panel discussions and programming with nationally known culinary figures like New York Times food critic and culinary journalist Florence Fabricant and Dr. Frank Lipman, an integrative medicine coach and best-selling author of “The New Health Rules” and “How to Be Well.”

On the local front, Colin Ambrose, the owner of Estia’s Little Kitchen in Sag Harbor and creator of the web series “American Rivers Tour,” will lead a discussion with Biddle Duke, the founding editor of East magazine, while Dr. Shawn Cannon, who trains young doctors at Stony Brook Southampton Hospital, will take part in a panel on “Nutrition + Health: Old Ways, New Science.”

On Saturday night, rather than closing with the traditional gala dinner, this year’s conference concludes with “One Long Table”—a selection of multi-ethnic dishes prepared by The League of Kitchens, an immersive New York City culinary program created by Lisa Gross and Sonya Kharas, in which recent immigrants teach cooking workshops in their homes.

“It’s about inclusiveness, acknowledgment, acceptance, and saying we’re all part of a big community, and we sit at one long table, sharing what is produced in this area,” Mr. Drummond said.

Along those lines, Saturday’s keynote address will be offered by Pati Jinich—a culinary powerhouse who knows all about bridging cultural gaps.

Born and raised in Mexico City, Ms. Jinich, a James Beard Award winner, has earned several Emmy nominations for her food program, “Pati’s Mexican Table,” which airs on PBS stations across the country. The show explores food traditions throughout the various regions of Mexico.

The first episode of season seven, which focuses on the Baja Peninsula, premieres locally on WNET, channel 13, on Sunday, September 16, at 3:30 p.m., the day after Ms. Jinich speaks at the conference.

In a recent phone interview, Ms. Jinich spoke from her home in Washington, D.C., and shared her back story, explaining how the culinary traditions of Mexico became a central part of her professional life.

“I think food was an essential part of my growing up,” Ms. Jinich said, noting that her father operates several restaurants in Mexico City, and she is the youngest of four daughters, all of whom are involved in the food industry.

But, ironically, Ms. Jinich wasn’t always so focused on the family business. “I wanted to be an academic,” she admitted. “I studied political science, and once I moved to the U.S., I found the way I was to grow roots here and feel at home was in the kitchen. Slowly but surely, I switched gears.”

For Ms. Jinich, “Pati’s Mexican Table” was an outgrowth of her desire to recapture the flavors of her native land and find her place in this country when she first moved to Texas.

“I was homesick. My husband was traveling a lot, and I was writing my thesis. I realized the only way to feel at home was cooking,” she said.

“In Texas, I connected with Mexicans from all over Mexico—places I hadn’t heard of or been to. We started sharing recipes, and people started inviting me into their homes to show them how to cook Mexican food.

“I was reconnecting with my native country while I was away. It was really intense, and I missed it terribly. I was very nostalgic about Mexican culture.”

Later, Ms. Jinich and her husband relocated to Washington, D.C., where she continued her studies in policy research at a think tank. But then the passion for food really took over, and she realized her future lay in culinary research and food writing. Her early goal was to teach the historical perspective of Mexican cuisine and its many regions.

“The Mexican Cultural Institute said they had nothing on gastronomy and asked me to put a program together,” Ms. Jinich recalled. “I had never been in front of people, but once I started doing it, I fell in love with it. I was teaching life classes and seminars with a local TV station.”

She said she started from behind the scenes. “Never ever did I think of being on camera. I wanted to be a writer. I always envisioned myself on the deck with reading glasses and piles of research papers.”

Her passion for food evolved and, eventually, Ms. Jinich found herself hosting “Pati’s Mexican Table” for PBS. In the years since, she has become something of a food ambassador, breaking down walls along with misconceptions and preconceptions. An increase in the availability of the diverse slate of Mexican ingredients has also helped her cause.

“Before, when I asked people what a poblano chile was, no one knew. Now, everyone knows,” she said. “When I moved to the U.S. 20 years ago, there were only five ingredients. Now, you can get every kind of chile and spice. As we increase the variety of available ingredients, it’s paired with an awareness of the depth and diversity of Mexican cuisine. People know it’s more than melted cheese or enchiladas.”

With her television show, as Ms. Jinich changes American palates in terms of Mexican food, she finds she is also able to change many minds about the people who come from her native land.

“I deal with the roles of immigrants in the U.S. and the world,” she explained. “My grandparents were immigrants to Mexico, and, now, I’m an immigrant to the U.S. There’s so much light to shine in bigger historical terms—how we move, connect and enrich other people’s lives.”

She went on to say, “We need to work harder and open up more. Everything is so politicized that the kitchen and cooking become an important and noble space.” She noted she has gotten many positive comments online from people who have “Make America Great Again” on their profile pages.

“I don’t like to get into the politics, but, for me, building bridges is crucial,” she said, “and I love shining a light on what immigrants bring to the country.”

“Eat Global … Cook Local,” the 2018 Food Lab Conference at the Stony Brook Southampton campus, is Friday and Saturday, September 14 and 15. It kicks off Friday evening with a cocktail and hors d’oeuvres reception at the campus windmill from 6:30 to 8 p.m. Associate Provost Robert Reeves and Geoffrey Drummond will present welcoming remarks, while Shane Weeks of the Shinnecock Indian Nation will share a blessing and a song. To explore the full lineup of events and speakers, or to purchase tickets to various programs, visit thefoodlab.org.