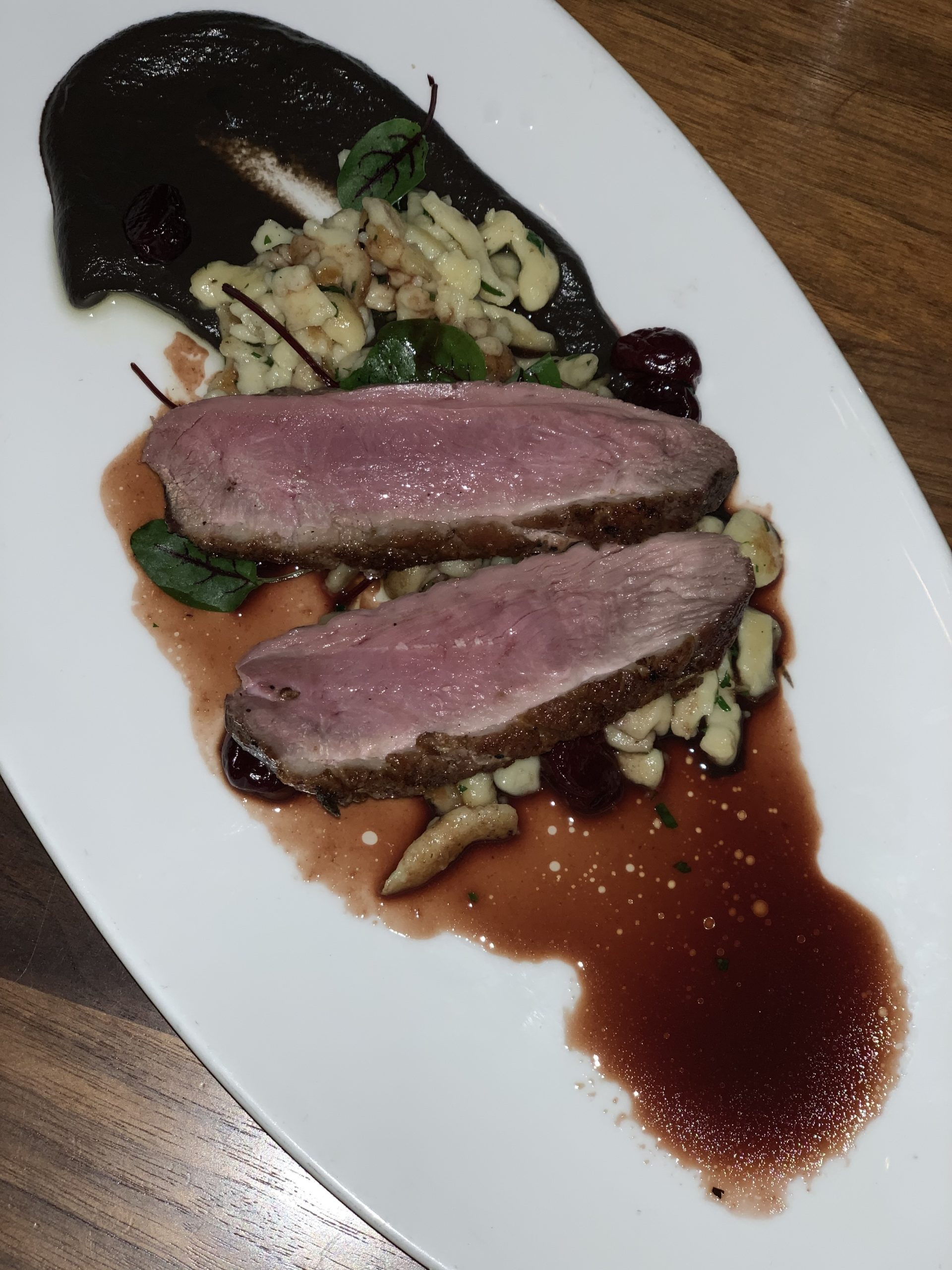 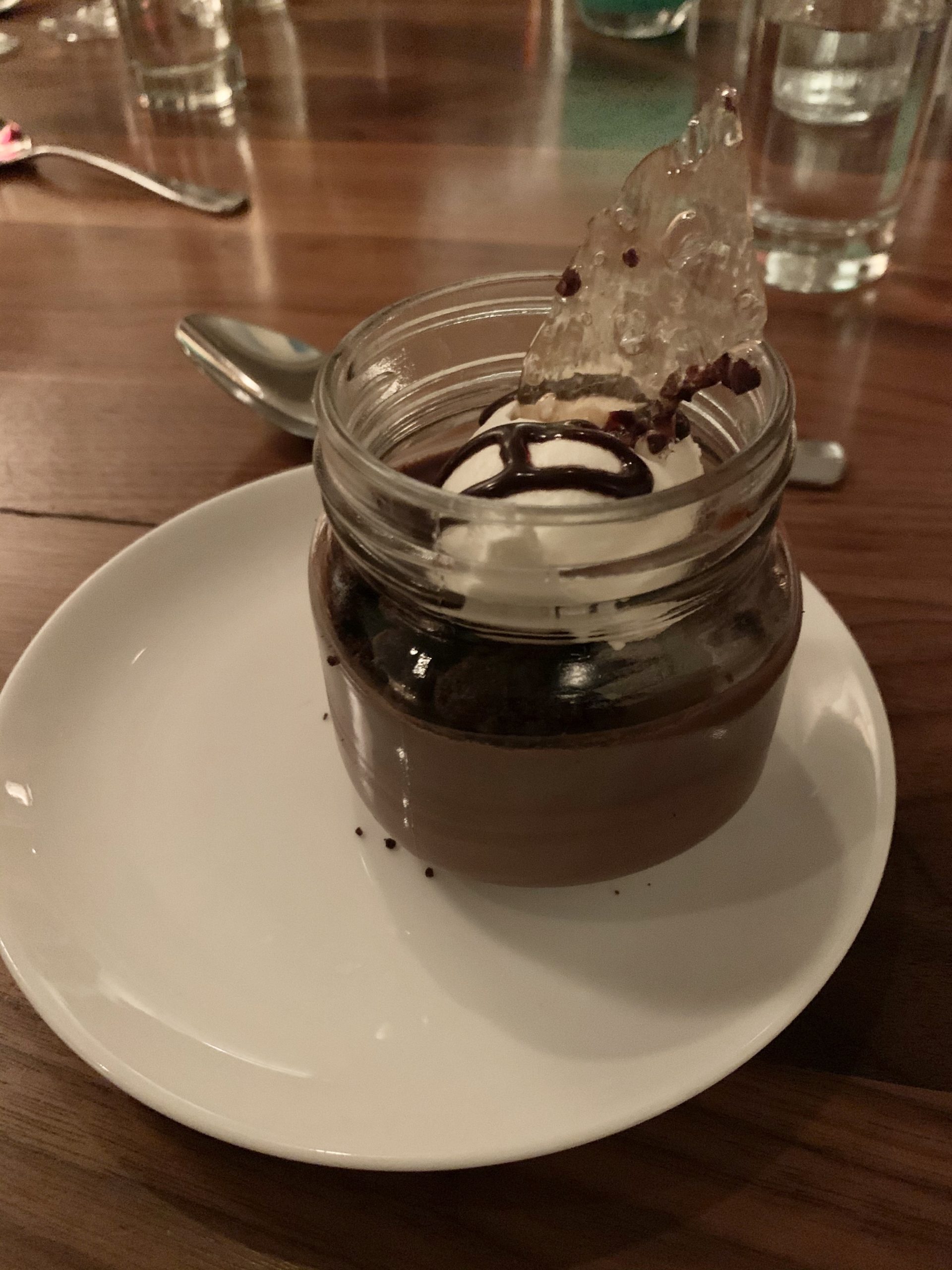 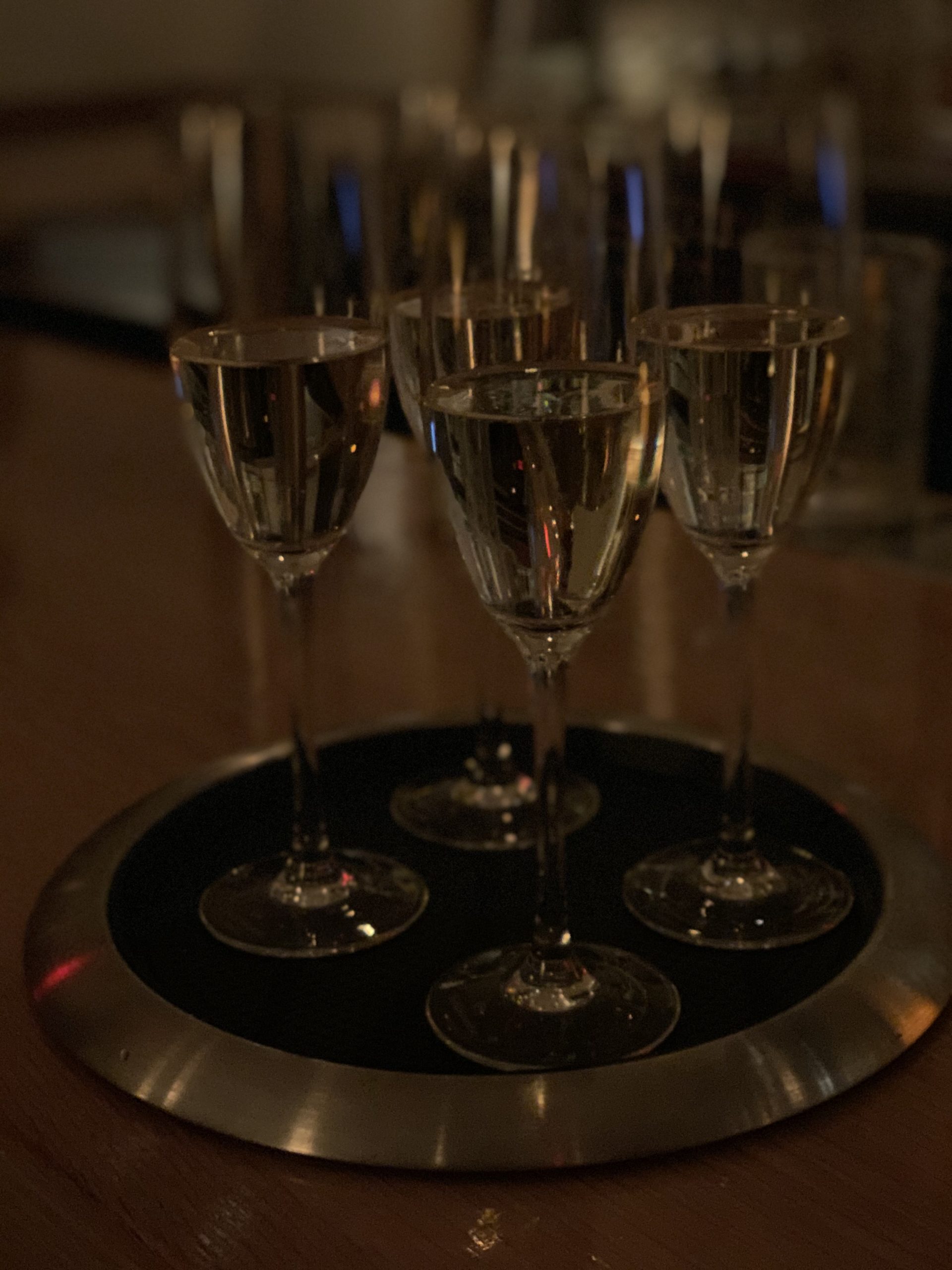 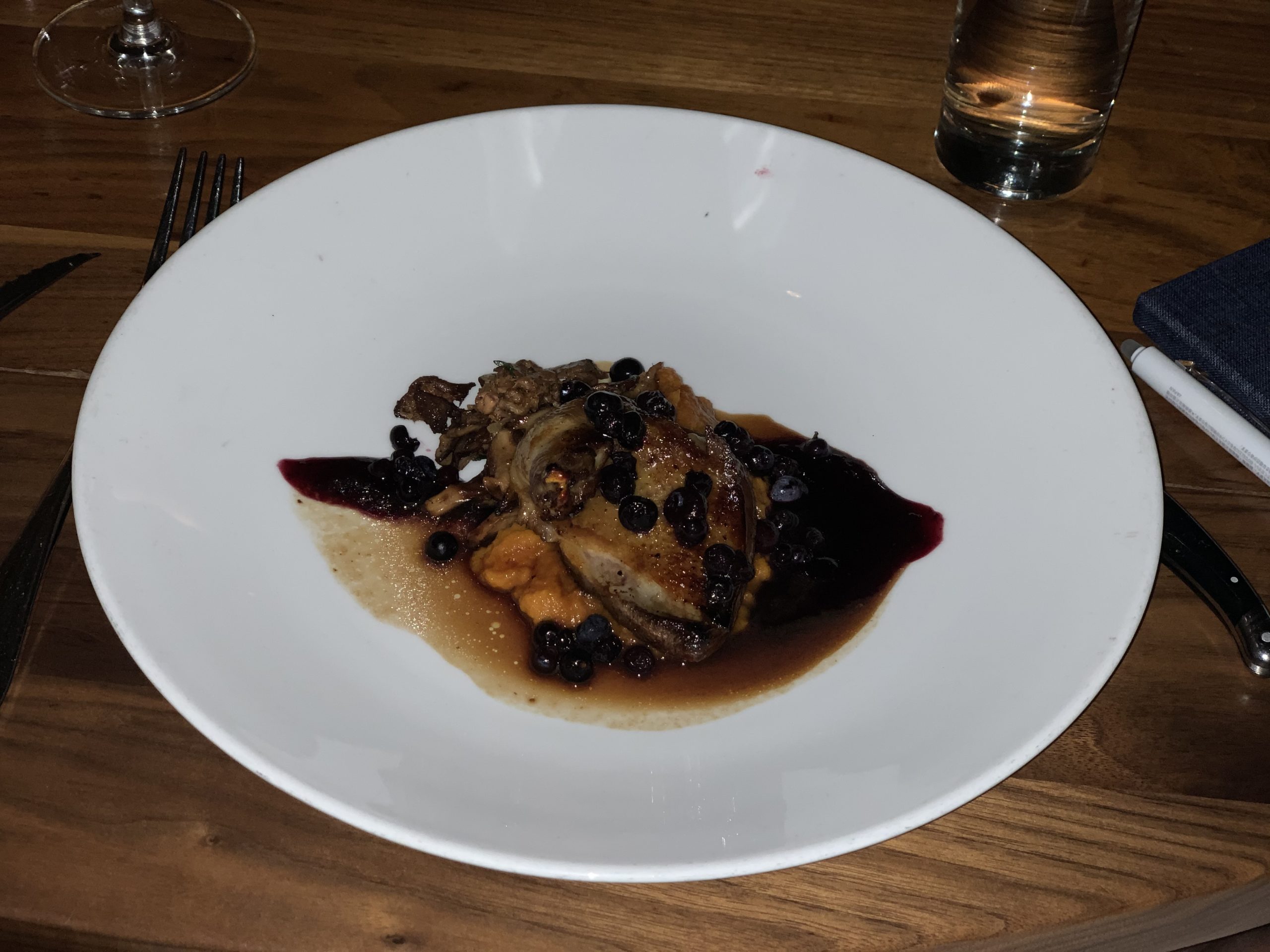 On Thursday, February 6, celebrated East Hampton restaurant Nick & Toni’s hosted a private event. The dinner, which was advertised online and for which tickets were sold in advance, was a collaboration between several local chefs and the luxury purveyor D’Artagnan. Featuring game birds like pheasant, duck, squab, and quail, the sit-down meal offered guests passed hors d’oeuvres, three plated courses, dessert, and cost $95 per person with an optional $30 wine pairing also available.

The convivial air extended to the restaurant’s back dining room, where guests were not assigned seats. Instead, parties were asked to find a table that could accommodate, offering members of the community who may not have known one another to connect. And then the real fun began. Chef Penner’s spatchcocked quail arrived first, wood-grilled and accompanied by polenta and charred Brussels sprouts. This was paired, for those imbibing, with a buttery, focused 2017 white Burgundy from Camille Giroud.

A seared Rohan duck breast was second, served over a parsnip spaetzle and amplified by a truffled mushroom purée. For contrast, chef Birnstill plated the duck with a Morello cherry jus, a tart and sweet complement to the fatty, medium-rare duck. This was paired with Sierra Cantabria’s 2012 Reserva Rioja.

The final savory course was a rich, scarlet square of squab meat, pan-roasted and served atop a local sweet potato purée (with potatoes sourced from Balsam Farms), chanterelle mushrooms, and a sauce made from pea-sized wild blueberries. This course was paired with Melville’s 2016 Pinot Noir from the Santa Rita Hills in California.

To miss dessert, a malted chocolate pot de crème studded with chocolate crumble and topped with a dreamy whipped cream, would have been a sin. A sin, too, would have been to skip the final wine: the golden-hued late-harvest Royal Tokaji from Hungary.

The evening was an opportunity for like-minded diners — those interested in less common menu items, for instance — to come together and embrace the spirit of dining out. The meal lasted about three hours, and, by the end, strangers all around the room had become friends. And although $95 may seem like a lot to pay for dinner, the price was, for the value, beyond reasonable. Portion-sizes were ample, Prosecco pours generous, the room filled with largesse.

To that end, actually, the wine pairing felt like an unbelievable value. Some of the wines featured, like the Giroud white Burgundy and the Royal Tokaji, are stars in their field, wines without parallel. And while wine pairings too often offer basic, inexpensive complements to complex food, this pairing was a value-driven look at some of the world’s more impressive wine regions.

Dinners like this, which encourage communal dining and conversations with strangers, have gained new momentum of late, especially out east. Almond, in Bridgehampton, has hosted many similar dinners, and, in the fall, Showfish, in Montauk, hosted one as well. Curated dinners may actually be the future of boundary-pushing dining: with an audience secured in advance, chefs have the freedom to explore their creativity, which can often be restricted by a restaurant’s identity. As dining moves forward in this decade, the East End shows that it has the chops to compete with the best of them.