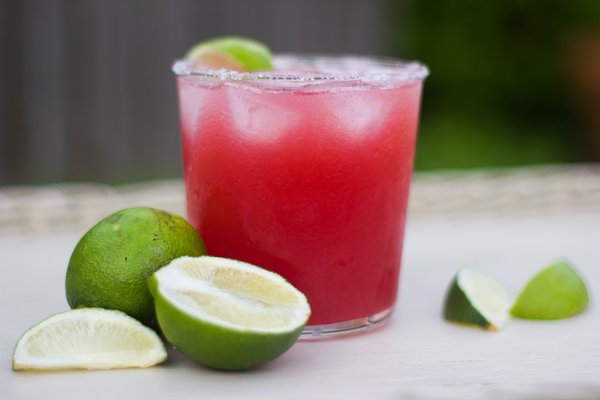 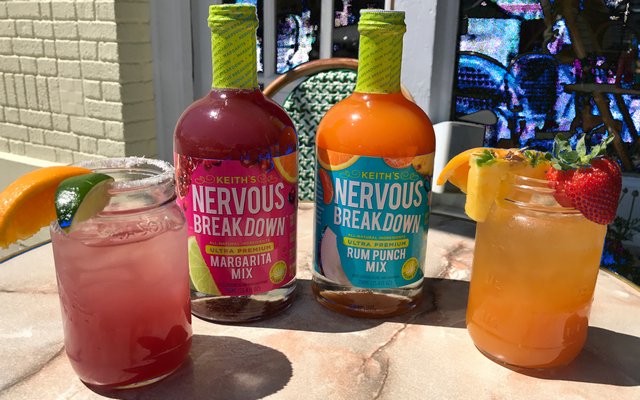 You may already know Keith Davis, owner of the Southampton-born Golden Pear line of cafés. Mr. Davis opened the Southampton outpost in 1987 and expanded his stores to include East Hampton (1991), Bridgehampton (1996) and Sag Harbor (2006). Now, after 30 years at the helm of a successful Hamptons business, Mr. Davis is expanding again.

But he won’t be opening another Golden Pear, at least not this year. Instead, Mr. Davis has created, marketed and placed Keith’s Nervous Breakdown, a line of cocktail mixers that can be easily converted into a delicious drink—all you need to do is add the ice and alcohol.

The inspiration for Keith’s Nervous Breakdown came to Mr. Davis on the 18th hole.

“This brand started because I missed a 3-foot punt on the 18th in a very important golf match in 2005,” he said.

After Mr. Davis—a competitive golfer—lost, he went over to a watering hole to drown his relative sorrows in a margarita. His friend walked in and announced to the bar: “Davis just had a nervous breakdown on the 18th hole!”

Thus, the inspiration for a drink was born.

“That was the genesis,” Mr. Davis said. He resolved to himself: “I’m going to name this margarita the Nervous Breakdown Margarita.”

It would take nearly a decade for Mr. Davis to consider seriously branching out into cocktail-making. But, in October 2015, Mr. Davis went for a walk, and the idea began to take shape. He wanted to create a high-quality, all-natural margarita mix with “interesting flavors and beautiful color.”

Shortly thereafter, he began his investigation. Was Nervous Breakdown a registered trademark? Was nervousbreakdown.com available? After all, “If you can’t market a product, you can’t sell it.”

Mr. Davis was in luck. The name was not trademarked, and the owner of the web domain agreed to sell him the rights.

In 2015 and 2016, Mr. Davis collaborated with Jim Egan’s Southampton-based design and branding company, JEMC. Using the Southampton Golden Pear as a commissary, Mr. Davis formulated the recipe for the first mix, a margarita mix that is pink-hued (it contains cranberry and pomegranate juices for color and flavor). He knew that he wanted to do other flavors down the line, but he also knew that the margarita would be his first concoction.

After a season of making the non-shelf-stable version in Southampton, he found a bottling company in New Jersey willing to commit to a small-batch product, and, in the fall of 2016, full-scale production began. He started placing shelf-stable products in retail spaces, with the help of a sales team.

In 2017, Mr. Davis expanded his line to include a rum punch, a zippy, tangeriney take on an island classic. Like its sibling, the rum punch is gluten-free, non-allergen, non-GMO, and contains no high-fructose corn syrup.

Down the road, Mr. Davis hopes to add at least two more varieties to his line, including a bloody Mary and a cosmopolitan. Eventually, he also hopes to add a category of “cocktail coolers,” premade drinks available in 300-milliliter cans.

“We know that there is a very large market of sophisticated craft cocktail enthusiasts that are demanding a product like this, and so we are going to give it to them,” Mr. Davis said.

How does he ultimately view his product line? “It’s a competitive category,” he said. “Our brand position is at the top of the category. The responsibility on the seller side is tremendous.”

Ultimately, he said he views Keith’s Nervous Breakdown as an extension of his self-described “foodie” ethos. “I love preparing, selling, and serving high-quality food,” he said. “It’s all about highest quality and how you put your spin on it.”

As for Mr. Davis’s spin, his tagline for his cocktail mixer line is “Sip the Fun,” a reminder that, at the end of the day, cocktailing—and Nervous Breakdown cocktailing in particular—is meant to be sophisticated and, most important, fun.