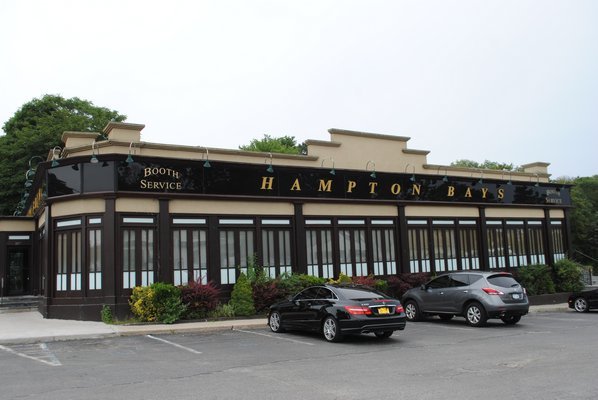 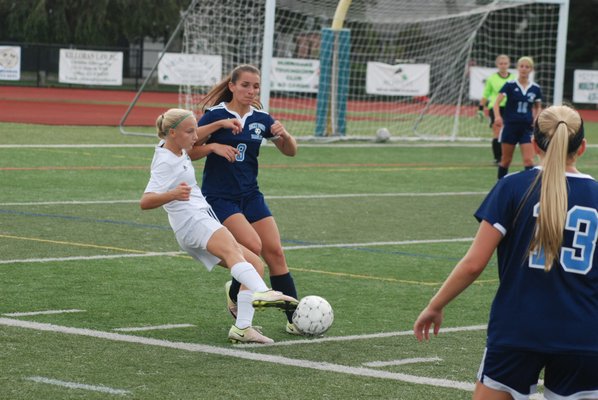 The building that housed the Hampton Bays Diner has been sold.

Thomas Charos, who owns the West Montauk Highway property where the diner operated for 30 years before abruptly closing two summers ago, said it was sold on June 26, though it still wasn’t clear as of earlier this week who would be moving in. The diner was sold to a limited liability company, or LLC, though Mr. Charos said he could not recall the name of the company.

“They are pretty vague about it—I don’t know what to tell you …” Mr. Charos said of the LLC. “I really can’t tell you anything. It’s very secretive with what they do.”

Paul Fetscher, the president of Great American Brokerage in Long Beach, who originally had the listing for the old diner building, this week directed all questions to Mr. Charos. Mr. Fetscher said he stopped working with Mr. Charos about six months ago, though he declined to explain why or why the property was still listed on his company’s website, restaurantexpert.com.

According to the site, the building is now listed as sold. The asking price was $1.25 million—which includes the building and everything left inside, but not the land on which it stands.

The diner closed in July 2015 after its longtime owners, Frank and Maria Vlahadamis of Hampton Bays, filed for bankruptcy. The couple was ordered by a judge to sell the diner after accumulating some $1.3 million in debt, according to court documents.

When the Vlahadamises were Mr. Charos’s tenants, they had a somewhat unusual agreement: as part of their lease, they paid the property taxes on the land on top of $10,000 in monthly rent.

Throughout the past two years several businesses, including CVS Pharmacy and the Moriches Bay Diner, looked into possibly purchasing the diner building. Those efforts, however, never resulted in a sale.

The 1.7-acre property on which the vacant building stands is currently zoned Hampton Bays Highway Business, which permits certain types of commercial businesses, such as restaurants, banks and retail shops. The land could also accommodate a church, library or some type of state-recognized nonprofit.

If a CVS Pharmacy moved in it would have needed to obtain a special exception permit from Southampton Town; the Moriches Bay Diner would have been a permitted use. Both options ultimately fell through, according to Mr. Charos.

This week, Southampton Town Councilwoman Julie Lofstad, who lives in Hampton Bays, said she is keeping her fingers crossed that the new owner is interesting in opening some sort of restaurant, ideally a diner.

“I’m glad it sold,” Ms. Lofstad said. “I certainly hope someone gets another nice restaurant in there. It would be nice to have that in there, especially with Friendly’s closing.”

The Hampton Bays Friendly’s, which was located just east of the diner, closed its doors this week after the franchise owner, Joe Vitrano, said his landlord, property owner Joseph Malvasio of Florida, raised the rent.

Ms. Lofstad noted that, like some in the community, she is still hearing rumors that CVS Pharmacy is still interested in old diner property. At the same time, she stressed that the chain has not filed any applications with the town that would allow it to move into the space.

She also stressed that, ideally, the new tenant would open some sort of restaurant.

“We don’t want a CVS as the gateway to Hampton Bays,” Ms. Lofstad said. “A family place to eat breakfast, lunch and dinner would be really great.”

In a prior interview, Mr. Charos said that CVS officials were no longer interested in the building.

CVS officials could not be immediatley reached for comment.

Susan von Freddi, the president of Hampton Bays Beautification, echoed that sentiment, noting that she was happy to hear that the building was sold, though her group has been trying to figure out what kind of business would be moving into their hometown.

“We knew that it got sold, but we could not find out who bought it …” Ms. von Freddi said. “It’s like they are keeping a quiet lid on it.”