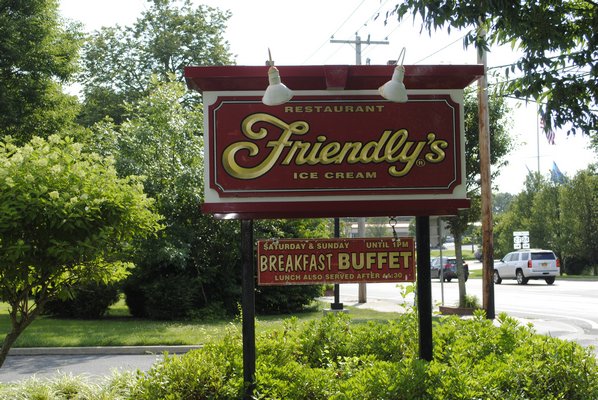 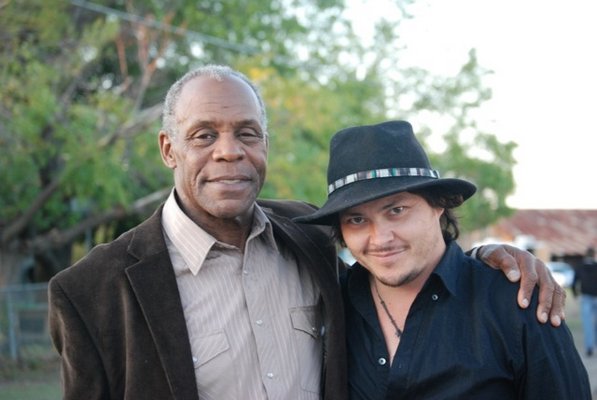 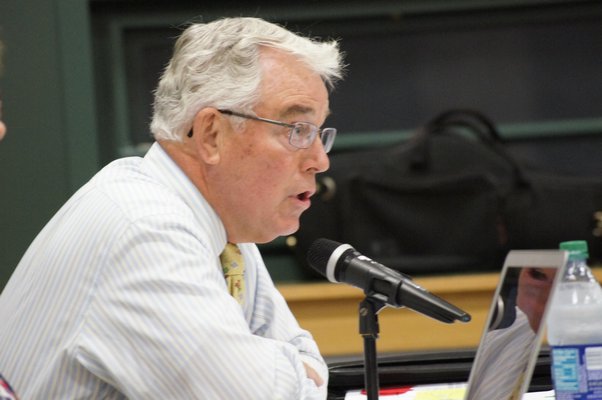 Back in the classroom, students decide which kinds flowers they want to purchase and grow. KELLY ZEGERS SONY DSC 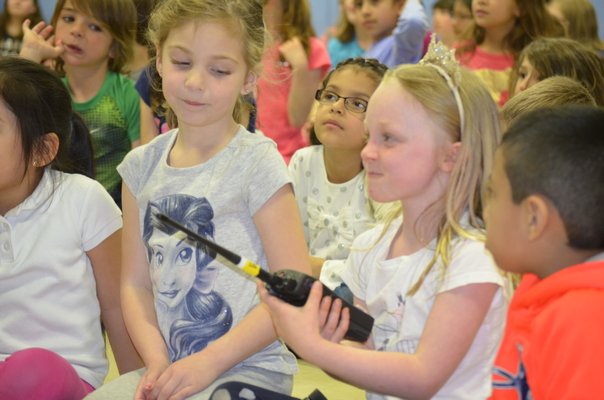 Remsenburg-Speonk Elementary School student Delilah Tunney uses a walkie-talkie at a demonstration about life as part of the ANG's 106th Rescue Wing. BY ERIN MCKINLEY

The Friendly’s in Hampton Bays will serve up its last scoop of ice cream before month’s end.

Citing rising rent and a lack of business, franchise owner Joe Vitrano—the exclusive Friendly’s franchisee in both Nassau and Suffolk counties—said last week that he intends to close his restaurant, which opened its doors on West Montauk Highway in 2006, before the end of July—though he declined to offer an exact date.

“We’ve run it really well, but for some odd reason the traffic isn’t there, to tell you the truth,” said Mr. Vitrano on July 20, later adding that the location would be closing in about two weeks. He is a franchise owner with J&B Restaurant Partners of Long Island LLC, though he declined to disclose how many locations he now operates.

Rumors of the restaurant’s pending closure were confirmed when the property owner, Joseph Malvasio of Florida, according to town records, had a large wooden sign installed outside the business reading, “Commercial Property For Sale/Lease By Owner.”

Gary Moore of Baldwin, who has the listing for the commercially zoned 3-acre property, declined to share the price for the parcel, and refused to share lease rates.

Likewise, Mr. Vitrano declined to say how much rent for the building has gone up, offering only that his most recent five-year lease is coming to an end.

The news did not come as a surprise to restaurant regulars, many of whom noted the recent disappearance of the large ice cream freezer that once stood near the eatery’s entrance. Also, waitstaff had also dropped hints to their customers in recent weeks.

Anne and Jerry Murphy, longtime residents of Hampton Bays who visited the Friendly’s at least once a month, said this week that they were disappointed during a recent visit to learn from an employee that the restaurant known most for its signature ice cream brand would be closing for good.

“I was sad,” Ms. Murphy said. “I was sorry to see them go. We don’t have much like this in Hampton Bays.

“I loved Friendly’s burgers,” she added.

Ms. Murphy also lamented the loss of yet another eatery in her hometown, pointing out that the nearby Hampton Bays Diner closed for good almost two years earlier. The owners of the former diner, Frank and Maria Vlahadamis of Hampton Bays, closed after filing for bankruptcy, according to court documents.

News that the Hampton Bays Friendly’s will soon be history came as somewhat of a surprise: Two years earlier, the location survived a round of closures across Long Island when seven groups operating under the J&B umbrella filed for bankruptcy protection. The Friendly’s in Hampton Bays is the solo location closing this time, Mr. Vitrano said.

Established in Springfield, Massachusetts, in 1935, Friendly’s has hundreds of restaurants along the Eastern Seaboard, from Maine to Florida.

Ms. Murphy said she hopes that a new business occupies the Friendly’s soon, noting that the diner building is still vacant and there are still a number of empty spaces in the shopping center across the street. “I feel like this is just another establishment closing and nothing is opening,” she said.

While it is unclear if the building’s owner has any potential businesses lined up, at least one thing is for certain:

“It will not be a Friendly’s,” Mr. Vitrano said.