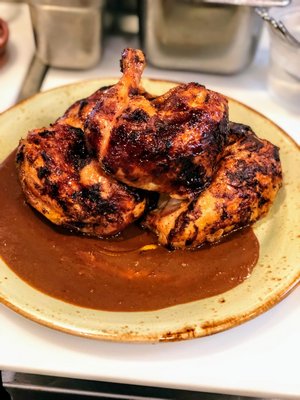 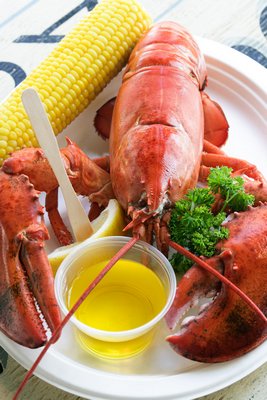 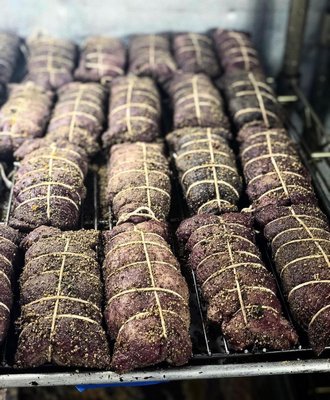 Duck Bresaola from Showfish at Gurney's. COURTESY OF JEREMY BLUTSTEIN 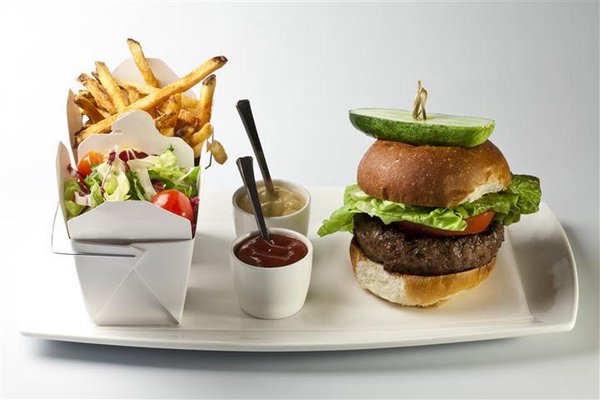 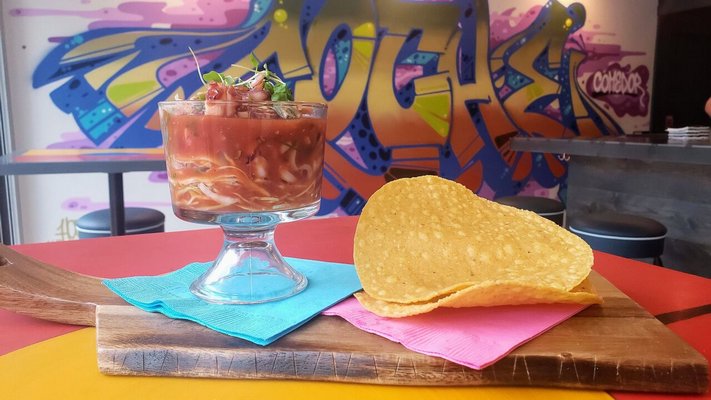 Ceviche is on the menu at Coche Comedor in Amagansett.

The 2019 season is here. Read on for a look at what’s new in restaurants in our towns, villages, and hamlets.

Once home to Cyril’s Fish House—and the infamous Bailey’s Banana Colada—the restaurant that will now be called Morty’s Oyster Stand was known both for its convivial atmosphere and propensity to bug town officials (in 2016, the previous owners were found guilty of 45 violations of town code). The building has undergone extensive renovations, and the menu is a far cry from the Cyril’s of old. Notably, Charles Seich is a partner, as are Jeremy Morton and Jack Luber. Sam Talbot, the “Top Chef” season two semifinalist responsible for Surf Lodge and its successive fame, will return to the line; the restaurant will serve sustainable seafood in a 65-seat outdoor roadside café.

Gurney’s extensive overhaul of the Montauk Yacht Club will conclude with its piece de resistance, a restaurant called Showfish at Gurney’s Star Island Resort & Marina, run by the James Beard Award-nominated Jeremy Blutstein. The restaurant will showcase local seafood and produce and will also feature a custom pizza oven. The restaurant promises to reflect Mr. Blutstein’s global sensibilities when it comes to cuisine. It is set to open right before the Memorial Day holiday.

After much ado—and a long construction season—the Honest Man Group’s Coche Comedor opened May 15. The restored Honest Diner has been outfitted with ceramic tile, wood-burning rotisserie ovens, and a gleaming, glass-walled bar, which will slide open into the courtyard shared with the group’s adjacent restaurant, La Fondita. The restaurant hosted a soft opening on Sunday, May 5, and will be putting finishing touches on its menu. The bar will be open for drinks and raw bar for both lunch and dinner, while the dining room will open at 5:30 p.m.

The former space of Momi Ramen, 221 Pantigo Road, will be home to an expanded wing of baker-owner Carissa Waechter’s Carissa’s The Bakery, set to open in June. Two adjacent buildings will offer 3,500 square feet of restaurant, seating, bakeshop, and production, as well as a full bar and homemade gelato counter. Ms. Waechter is keeping her original space on Newtown Lane.

The culinary world darlings of Eleven Madison Park will not be back to the Pantigo Road space for another EMP Summer House year. Instead, Paola’s East, a branch of the popular and upscale Paola’s on Madison Avenue, will be moving in. Owner Stefano Marracino intends to stay longer than just one season, promising a seasonally motivated version of his classic Italian menu.

In Springs, Bostwick’s returns to its roots, opening an annex right on the water—in its original space. Bostwick’s on the Harbor, which is aiming for a late May/early June opening, will serve a seafood-based menu, in the style of their Pantigo Road space. The menu has not yet been released.

Also opening in Springs, in the space previously known as Michael’s, is Bel Mare, chef Luigi Del Conte’s take on regional Italian. Mr. Del Conte, who has his own line of artisanal sauces, will be working with owner Rich Gherardi on this project, which will feature made-to-order pizzas, as well as a to-go window.

The space once known as Mercado in Bridgehampton (and then, for a short while, as Hudson Blue Crab House) will be reinvented. Louis and Susan Meisel have purchased the building and will be leasing it to an as-yet-undisclosed party. Currently, the building is being renovated from the studs up, with plans in mind for a main-level bakery and a year-round, three-meal-a-day concept that will appeal both to summer and winter crowds.

In October, Sag Harbor bid adieu to Bay Burger. That space will become Ed’s Lobster Bar, as of Memorial Day weekend. Chef-owner Edward McFarland, who also owns the New York City restaurant of the same name, has signed a lease for the former Bay Burger space. The restaurant menu will largely be a reflection of what the city restaurant offers, along with some Hamptons-specific fare. Mr. McFarland has said that his plan is to keep the restaurant open for nine months of the year, closing only for January, February and March.

What was Maison Vivienne for one short season will now be called Blue Mar Hamptons, a project from notable New York City chef Terrance Brennan (of Picholine and Artisanal Fromagerie and Bistro). The restaurant will serve such Hamptons extravagances as caviar with buttered toast and Dover sole. Expect a fish-centric menu and a hefty summer price tag.

When the Princess Diner closed a few seasons back, it was unclear if anything would replace it. The Princess will be reinvented as the Silver Lining Diner, from the team behind Bay Kitchen Bar (which is now Bostwick’s on the Harbor). The new venture will open in early June. The restaurant will feature “upscale diner cuisine,” a dog run, and food served all day—and through dinner. An artist’s rendering—the space is still undergoing renovations—imagines a mid-century take on an old classic.

After operating a successful month-long pop-up on the East End last August, Brooklyn Chop House returns to Southampton from Memorial Day weekend to Labor Day weekend at The Capri Hotel on County Road 39A. This seasonal summertime location will complement the restaurant’s flagship in FiDi (Manhattan’s Financial District) by offering steaks alongside Asian fare like Peking duck and a variety of unique dumplings. DJ’s will spin in the restaurant’s lounge on Friday and Saturday nights as well as on Sundays during Memorial Day, Fourth of July and Labor Day weekends.

Southampton’s Jue Lan Club is no longer. In its stead, T Bar is moving in, a joint venture between restaurateurs Tony Fortuna and Derek Axelrod. The eastern outpost of this Upper East Side bar and restaurant will feature steaks and seafood, along with thin-crust pizzas, a sushi menu, a comprehensive wine list, and a resident mixologist. The restaurant will also serve a late-night bar menu. T Bar Southampton is slated to open at 268 Elm Street over Memorial Day weekend.

Red Bar and Little Red have been in the news of late. In mid-April, The Press reported that the State Department of Taxation and Finance had assessed back taxes due from the restaurants in the amount of $560,986. Despite the financial setback, owner Kirk Basnight said he plans to reopen both spots the third week of May—though he noted that the target is not firm and the reopenings could be later.

Special Deals All Winter Long On Thursday nights at The 1770 House Restaurant & Inn, ... by Staff Writer